ATTENTION!
You may experience intermittent issues while accessing the site over the next 60-90 minutes, as we perform maintenance and upgrades. 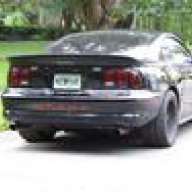