Just like the title says. I had these on my cobra until I put some FR500 hypercoated ones on.

One of the tires is practically brand new, because I got a nail in one and had to replace it. The other ones will need replaced very soon. I'd say 80% tread on one, 40% on one, and 20% left on the front tires. Front tires wore funny because of my camber.

The rims themselves are in good condition. Some normal scratches, but no deep gouges or anything. They're OEM 03/04 Cobra satin finish rims. Here are a few pictures of the car with them on. Oh and the tires are 275's all around, Goodyear GS-1's I believe, they're all season tires.

$400.00. Don't want to ship. Center caps will be included, but not the ones shown in the picture, I'll include the AM center caps that were on the Hypercoated rims I just bought. 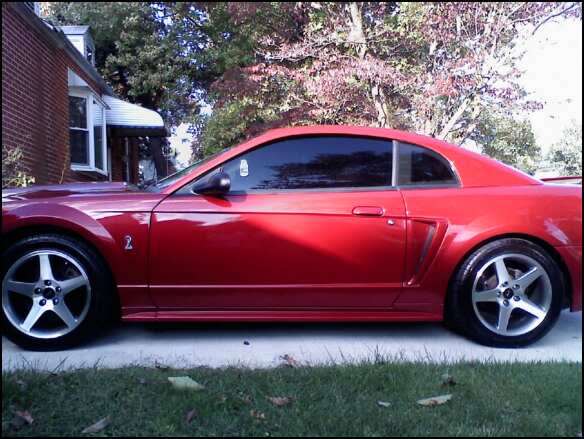 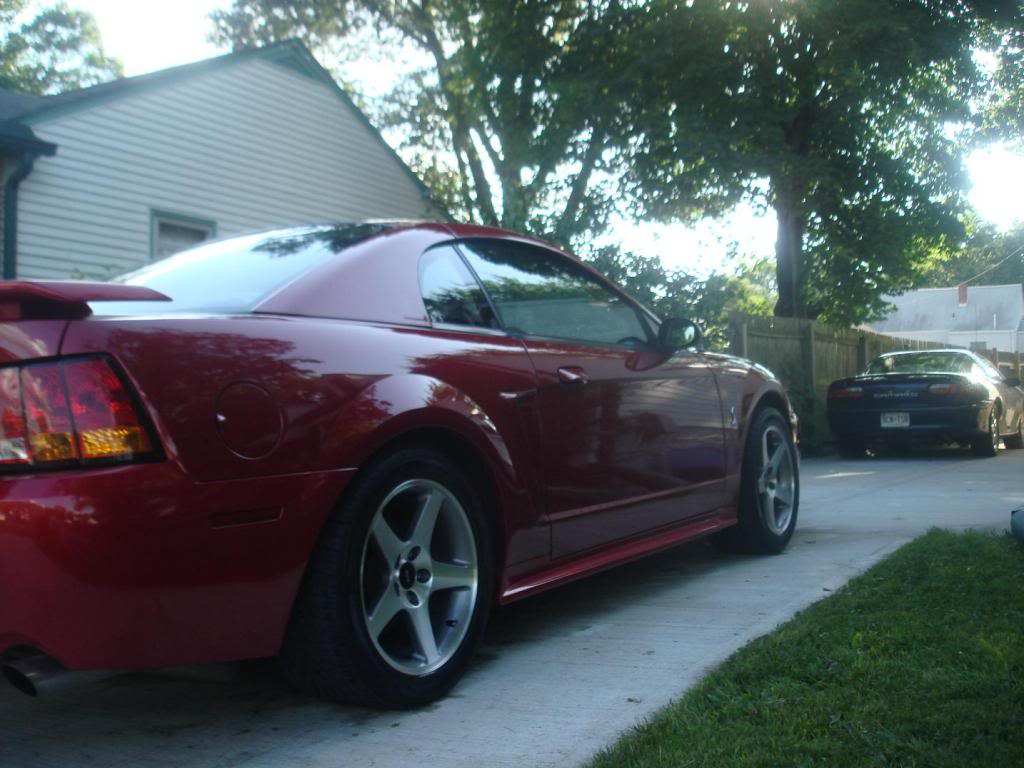 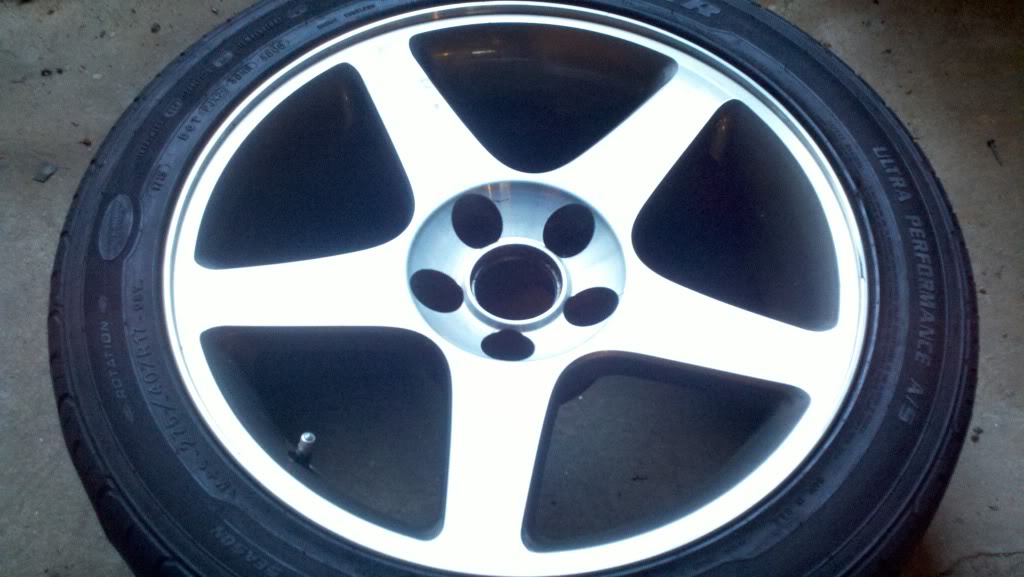 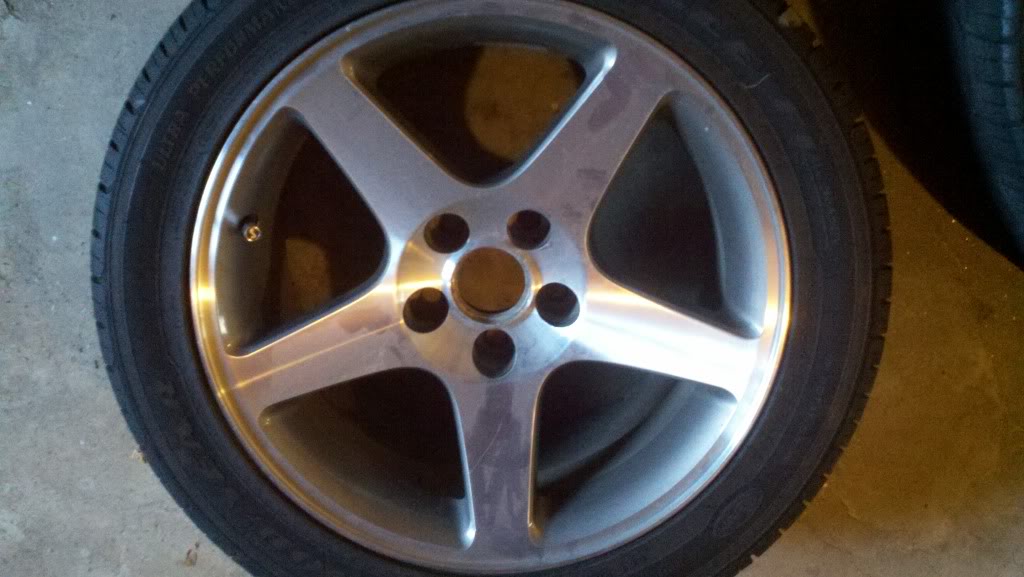 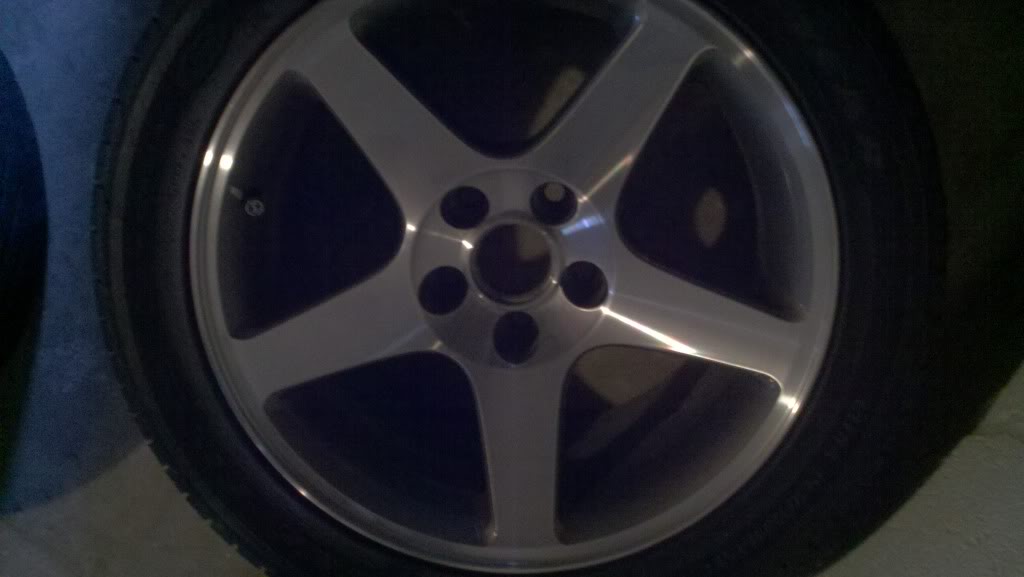 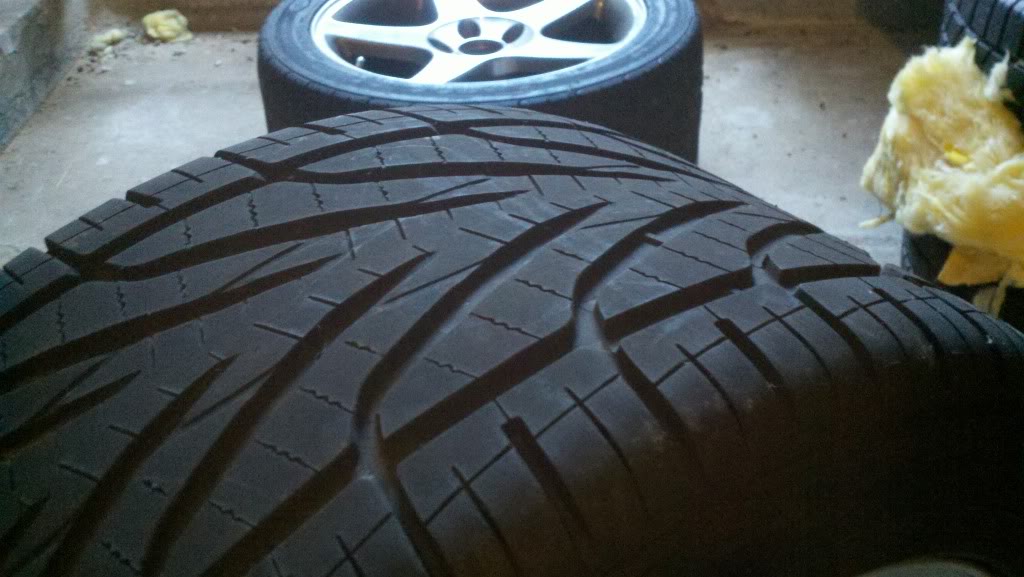 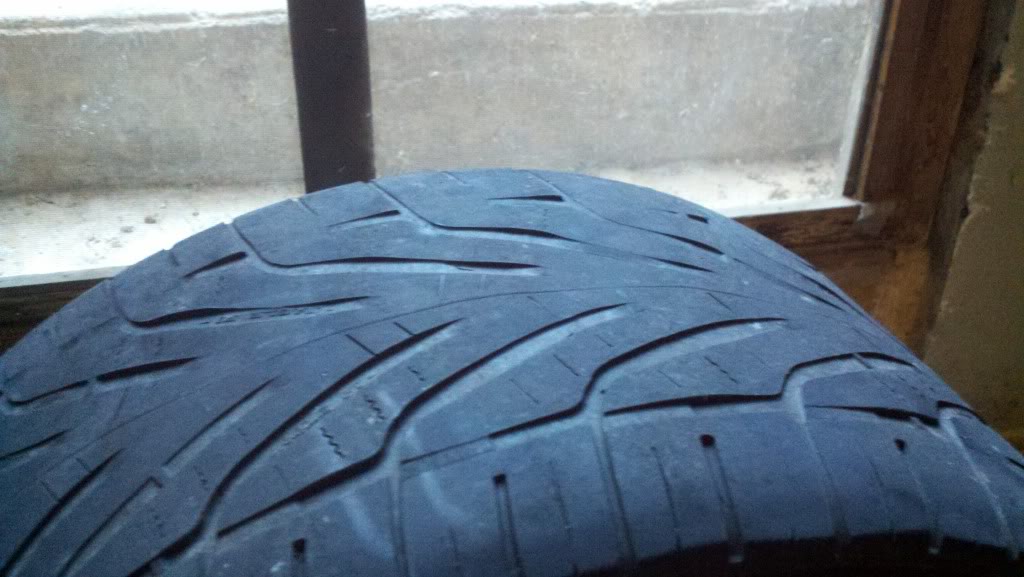 These are sold, pending payment.