I changed the oil over the weekend and have been driving the car on and off all week b/c the weather has been nice. I pulled into a parking space on my lunch break and noticed what sounded like knocking from my car, turned the engine off and thought it was the car two spaces over. Went into Home Depot, got what I needed and didn't think anymore of it.

Fast forward to when I'm leaving work and I get home and it is definitely my car - has never sounded like this before. I bought the car with 83k on it and have owned it about 5-6 years now, is getting ready to hit 100k miles. The power seems fine, no vibrations, no CEL - operates just like it always has, just has the knocking noise now.

I did some reading and it seems like everyone is quick to say rod knock. At the moment the car is parked and I won't be able to drain the oil until sometime next week or so. Anything else that I can check before I decide what to do from here? We just bought my wife a new car last Fall and my daily driver truck has 92k on it, so I'd rather not have to throw a bunch of money at this if it requires it.
Last edited: Feb 6, 2017

Don't sound like a rod to me, maybe a slack adjuster or tensioner took a crap
Last edited: Apr 23, 2015

It doesn't sound internal, perhaps as stated above a timing component
S

If that's the case, what am I looking at in terms of repair cost?

I have zero engine knowledge outside of doing bolt on mods, suspension, brakes, etc.

I was hoping it wasn't anything in the bottom end b/c I know the car has never been starved for oil. I only put a few thousand miles per year on it, so the oil changes end up occurring with very little mileage as I don't go over 6 months without a change.

Am I running the risk of damaging anything if the car is driven? Right now I don't plan on the car moving except into the garage once I finish up a brake job on my truck.

Is this something that a novice could diagnose/work on, with the engine still in the car? If I went ahead and had a shop look at it and it turns out to be something in the head or w/the timing, is it possible to put a ballpark figure on that work?

Sorry for all the questions - this just came out of nowhere and I've got a bunch of other stuff going on right now, this is the last thing I needed.
D

A $4 mechanics stethoscope from Harbor Freight would make it very easy to verify where its coming from. Just put it all around the engine and see where it is loudest.

Don't take this the wrong way, but have you checked the oil? Did you put oil back in after you drained it? I just didn't see anywhere where you said what the oil looks like now...

Many years ago I dropped the oil in mine, changed the filter, closed the hood and proceeded to start it up. As I was backing off of the ramps, some voice in my head said, "Hey, did you put any new oil in?"?
Last edited: Apr 23, 2015
S

I'm planning on picking up a scope when I get a chance over the weekend. I didn't get a chance to mess around with anything b/c my truck is up in the air in the driveway while I replace front wheel hub assemblies, need to get that wrapped up before my mind starts wandering too much.

Oil was changed over the weekend and I put 6.5 quarts in it. I drove it probably close to 100 miles on Tuesday and she ran like a champ, don't recall noticing any sort of noise that day, just noticed it in the parking lot as I mentioned in my original post. Once I get through the weekend and have my truck back on the ground, I'll drain the oil from the change I did this past weekend and see if there is anything in it (fingers crossed it's clean), plus cut the filter open, then go from there.

Who knows? Perhaps your oil filter fell off somewhere and the whole motor is bone dry.
S

Checked the oil before heading into work, it was right at the full mark on the dipstick so no worries about that. The filter is relocated behind the front bumper support on the drivers side w/the Maximum Motorsports kit, due to my k-member. Still in place, no leaks anywhere.

I've been putting Mobil-1 synthetic in it since I bought it, but this most recent change was with Castrol Edge Synthetic - can't imagine that would have anything to do with it, just figured I'd toss that out there.

When you drove it did that noise increase in speed of tapping with more rpm?
S

I'd have to take it back out and listen for it - just noticed it while idling at Home Depot and then popped the hood at my house before parking it. I started it back up yesterday to move it into the garage, the noise to me appears to be most noticeable on the passenger side, near the front of the valve cover or timing cover. Other than the noise from the video, the motor fires right up, no vibrations, feels good, etc.

Whenever I get some time I'm going to do a compression test, check the plugs, & drain/check the oil. Unless something jumps out at me, I'm planning to call a trusted local shop and take it up there, let them listen to it, and go from there. If it ends up being something broken w/the timing assembly or something in the head, as long as the bottom end of the motor is good I'll probably have them toss in a set of Comp Cams and get tuned.

Got a lot going on at the moment so this may end up being a few weeks off.

First thing I thought when I read your OP about the oil change:

"Note that on rare occasion an oil filter can cause a ticking noise. In one case, a Cobra owner had a CarQuest filter installed and immediately heard a ticking noise. He thought if might be the "tick" issue but since it started right after installing the CarQuest filter he thought it may be related to that. Using a stethoscope he pinpointed the noise to coming from the oil filter, and changed to a Mobil 1 filter. The noise disappeared. He reinstalled the CarQuest filter and it came back. I myself had this issue after I installed a Fram oil filter on my '03 Cobra. I replaced it with a quality filter and the ticking disappeared. I bring this up only as another area to check IF you hear a ticking, before you assume it is the tick issue..."

Top down makes me smile

It's an FL-1A Motorcraft filter, relocated to inside the front drivers side bumper with the MM relocation kit. Don't think that's the issue as I've been using those for years, and the noise certainly isn't coming from the front bumper. I'll be draining the oil and checking the filter, would be great if that did the trick, haha.

Won't be able to mess with it this weekend, am hopeful to have some time next week. The weather here has been chilly and rainy, so it would have been parked anyway.

Have read of a few recommendations for running some Marvel Mystery Oil in with my next change, thoughts on that?
S

Figured I would bring this back from the dead to do an update.

I never did get around to pulling the motor or doing any further diagnostic work - life just gets in the way and it seemed like every time I would get motivated, something would come up.

The less I drove it, the less I missed driving it. I officially put it up for sale to sell as-is last weekend, got a few hits on it, and ended up selling it this past Friday to a younger guy who said he's got a family full of mechanics that he could rely on to do a proper diagnosis. I got $8k for it, which I thought was pretty good. He texted me this morning and said it was a failed lifter on the passenger side. With that said, everything else on the car was pretty much brand new - suspension, brakes, lots of interior parts, exterior paint work, etc., so I feel like he's got a great platform.

I ended up taking the money from the sale of the Cobra, plus trade-in on my '08 Ram 1500, and picked up a '17 Honda Ridgeline over the weekend. It's great for what I need at this point in my life, and I know at some point down the road I'll have another project/weekend car.

Pic of the car right before the new owner came by and got it (Dodge that I traded is in the background on the street): 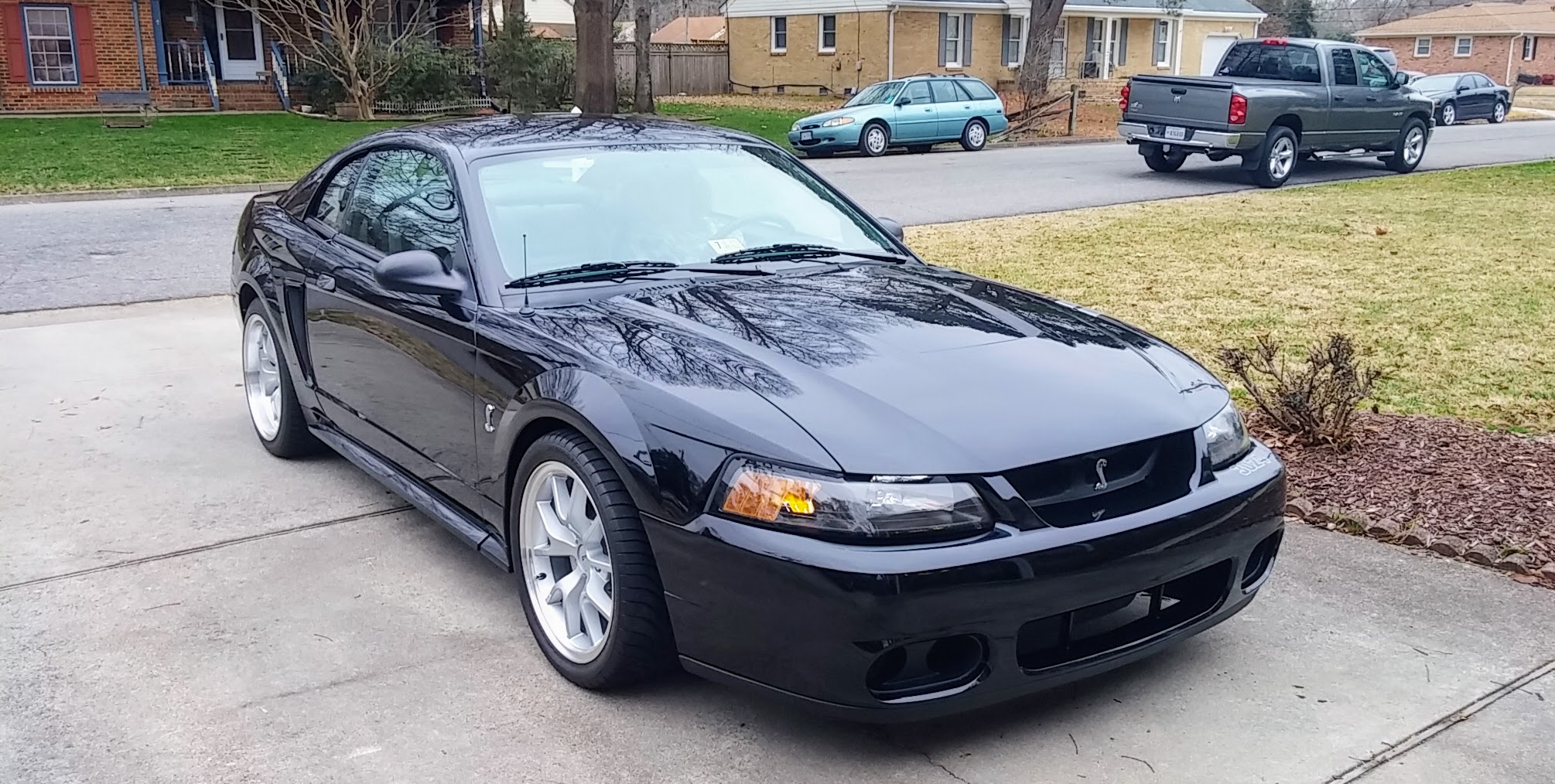 And a shot of the Ridgeline on Saturday afternoon after I got it home: 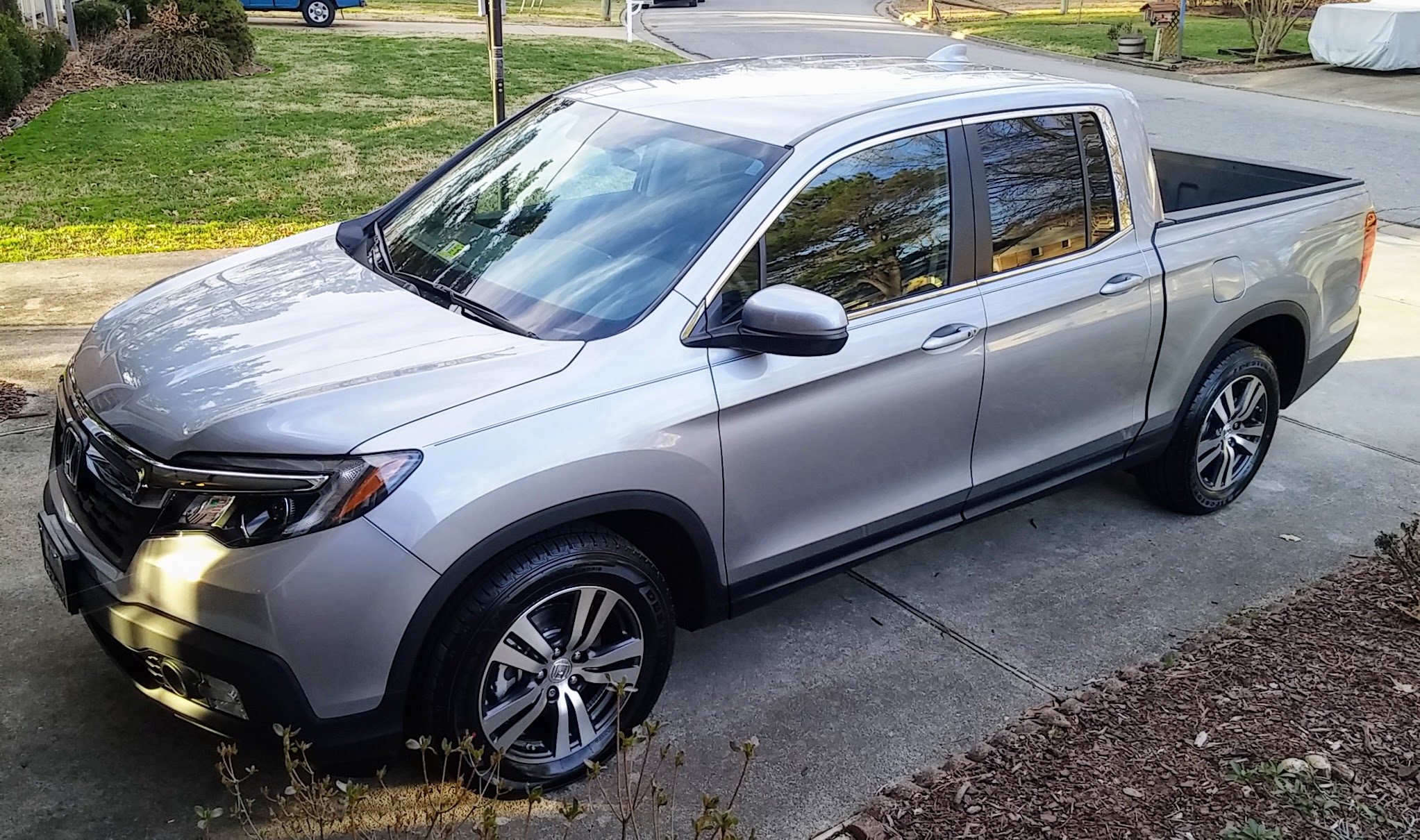 Thanks for the update, best of luck with the new truck. Projects will be there in the future.