DEARBORN, Mich., April 8, 2022 – In a special nod to the debut of the original Ford GT40 prototype at the 1964 New York Auto Show, Ford is returning to the Big Apple for the first public appearance of its new GT Heritage Edition – the 2022 Ford GT Holman Moody Edition.

The Holman Moody team played a critical role in the GT40’s race success. Following the 1965 Le Mans race, Ford’s newly formed Le Mans committee tasked Holman Moody (and Shelby American) to rework the GT40 MK II. Driven more than 265 laps over eight days in January 1966, chassis No. P/1016 became a laboratory on wheels as the teams worked to redesign brakes, suspension and tire setups to be more competitive, even trying an experimental automatic transmission. They had one goal – to win at the 1966 Le Mans race.

The unique gold and red livery of the limited-edition supercar includes signature Oxford White roundels with No. 5 stamped on the doors, hood and rear wing – all matching the appearance of the 1966 Ford GT40 raced by Holman Moody. Exposed gloss carbon fiber components are prominent, including on the 20-inch wheels, front splitter, side sills, mirrors, engine louvers and rear diffuser. Brembo® brake calipers lacquered in black with silver graphics, plus black lug nuts further modernize the aesthetic.

Carbon fiber carries into the cabin, appearing on door sills, console and registers, and even features a cleaver matte No. 5 roundel on the door panels. Ebony Alcantara®-wrapped carbon fiber seats feature gold accent stitching, while embossed seating surfaces and head restraints carry a debossed GT logo. The instrument panel is wrapped in Ebony leather and Ebony Alcantara, while pillars and headliner are wrapped exclusively in Ebony Alcantara.

Gold appliqués on the instrument panel, door register bezels and seat X-brace are paired with the matte carbon fiber on the registers, door sills, lower A-pillars and console. The steering wheel is finished in Ebony Alcantara with black stitching, while dual-clutch paddle shifters are finished in exterior-matching Holman Moody Gold.

The Ford GT Heritage Edition series celebrates the supercar’s landmark moments in motorsports history, including, of course, its Le Mans titles. In all, the series includes nine ultra-limited-edition supercars, with two still in production. These include: 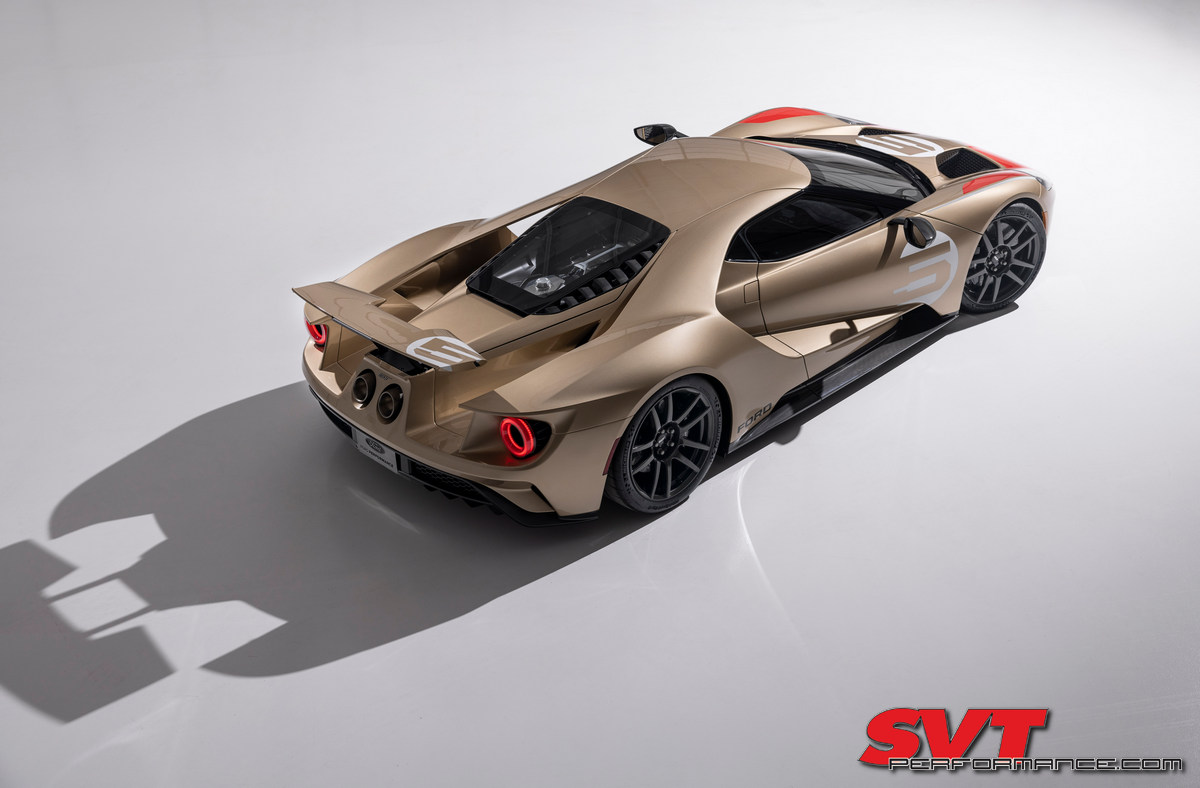 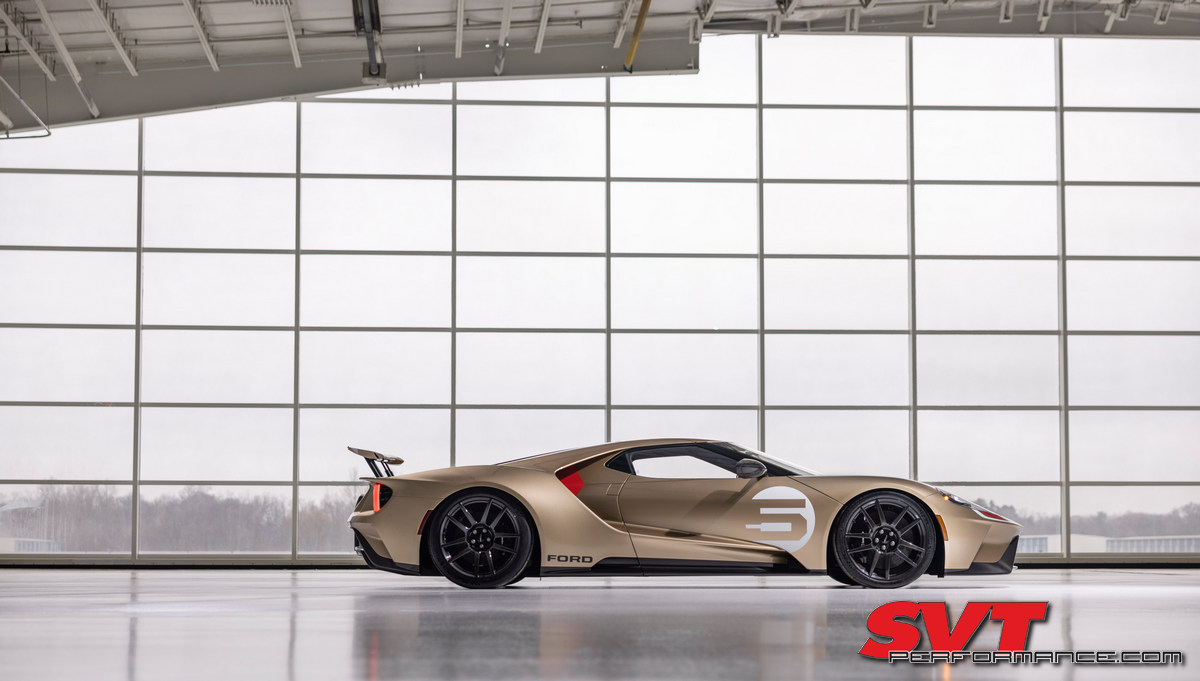 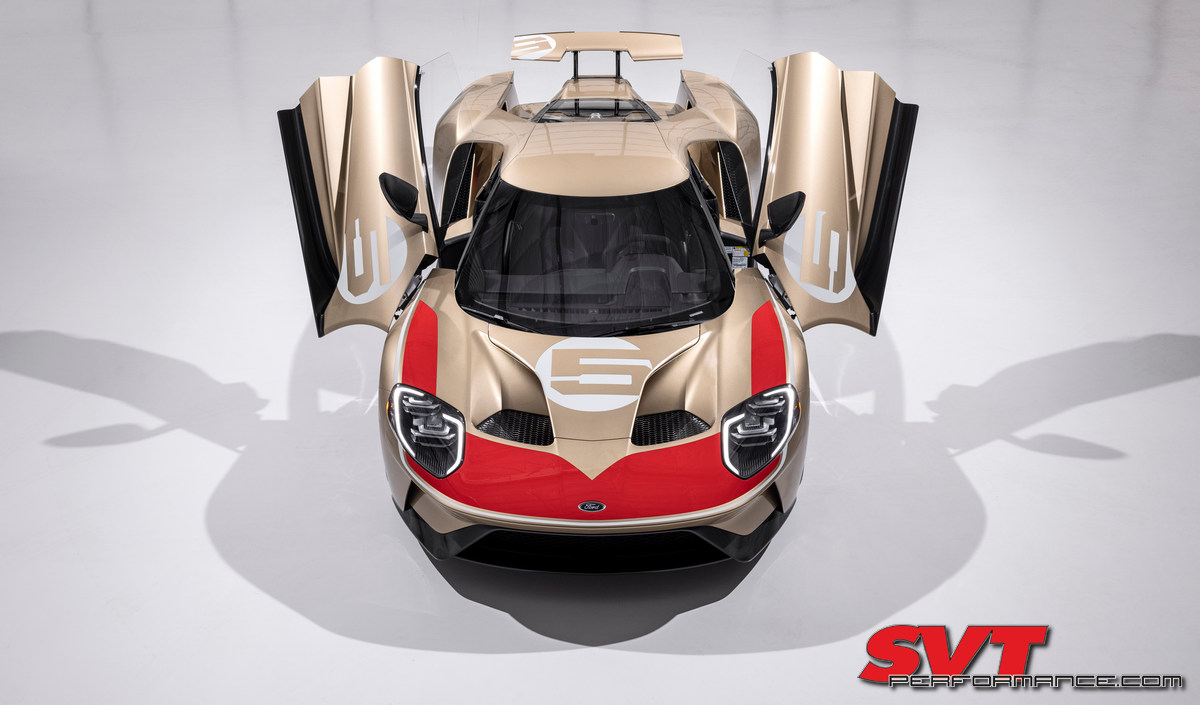 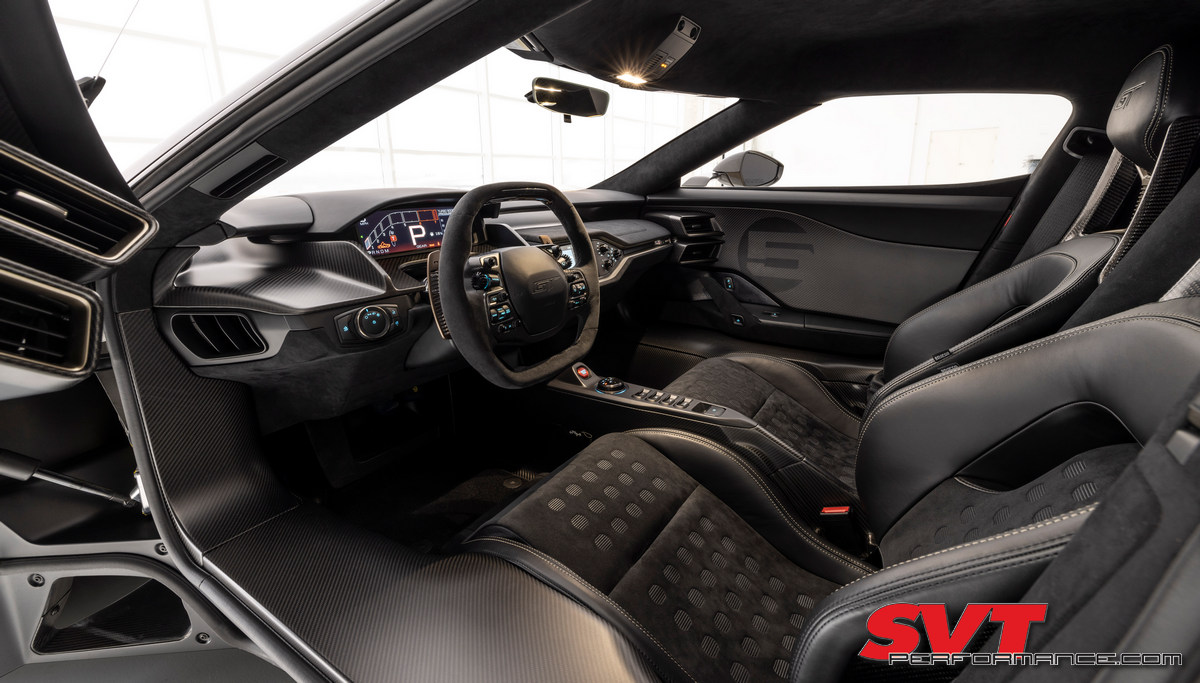 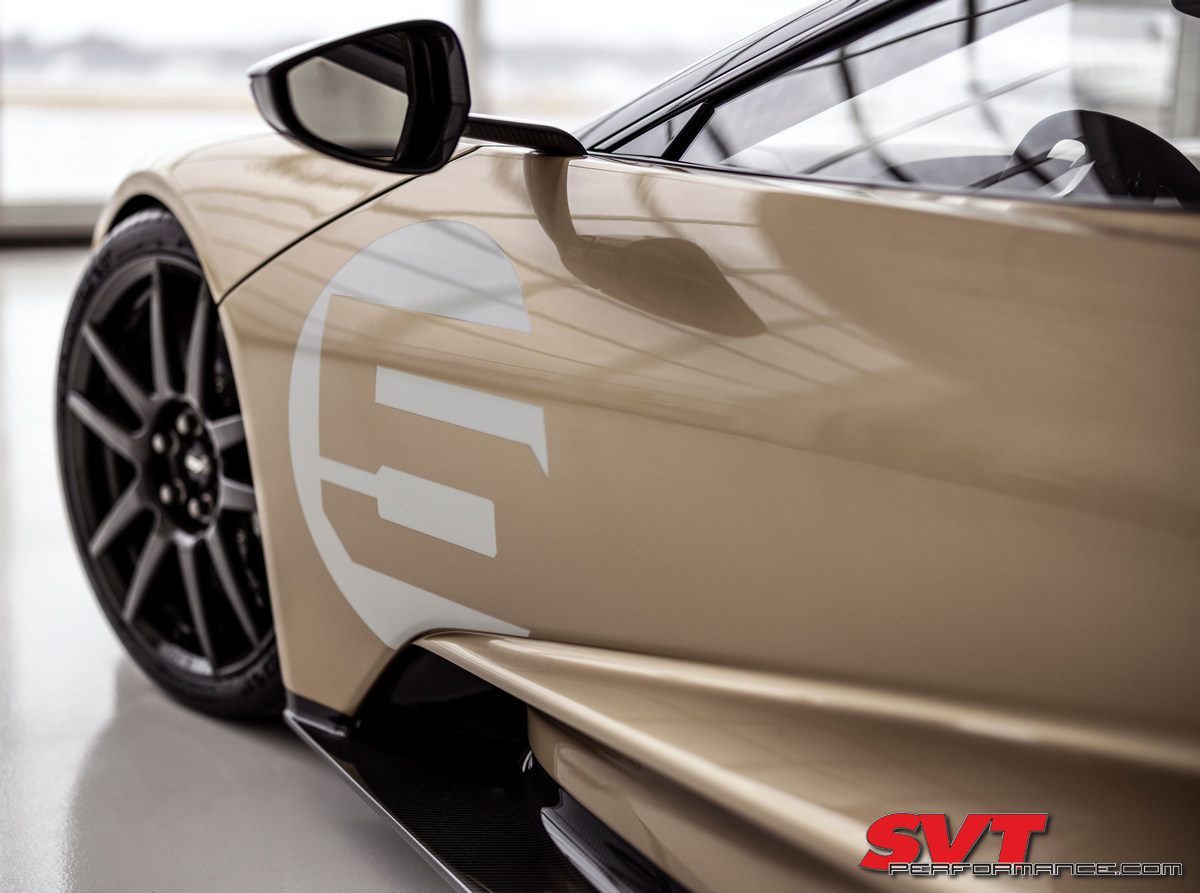 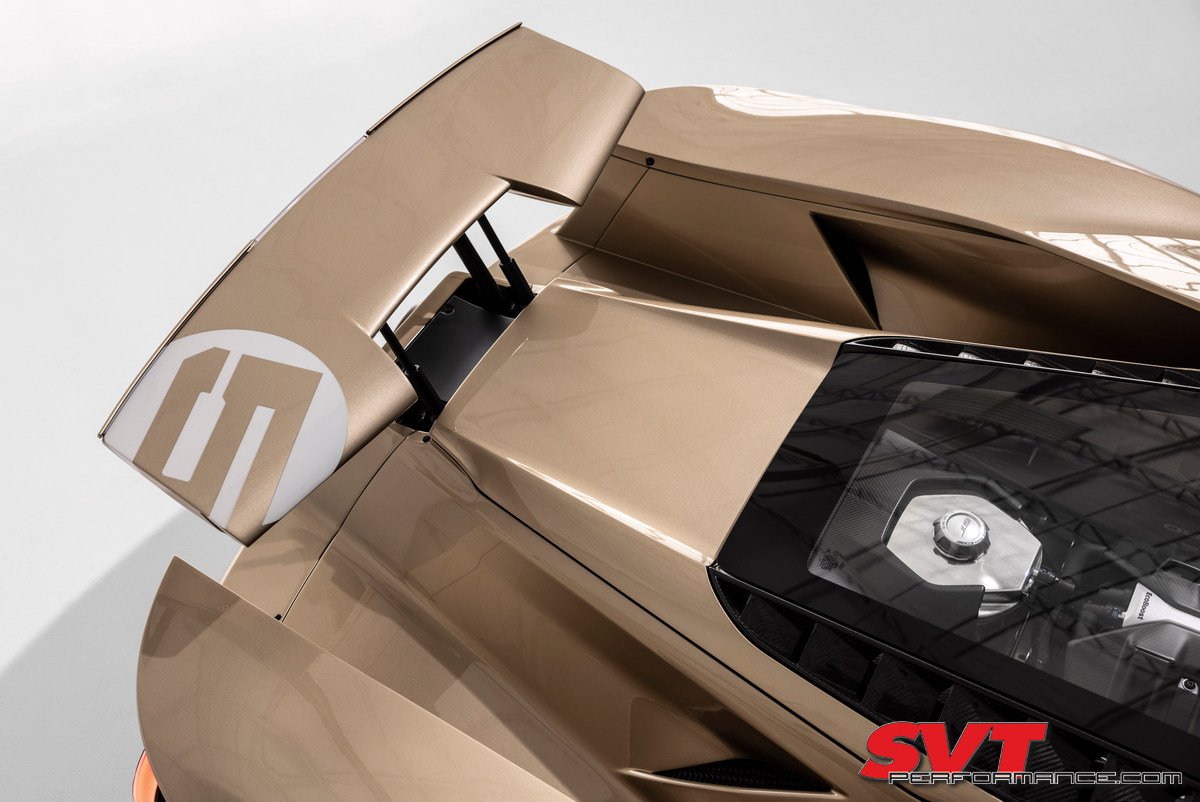 Im sure the 5 people that will get one are pretty pumped.

Anyone know what the price of this new Heritage Edition will be?

If there is a new one in the future lets hope its a big V8!!

SSSSSSSSSSSSVT said:
Im sure the 5 people that will get one are pretty pumped.
Click to expand...

It is hilarious how salty you are about the Ford GT.

I need to stop in there.

CobraBob said:
Anyone know what the price of this new Heritage Edition will be?
Click to expand...

VRYALT3R3D said:
It is hilarious how salty you are about the Ford GT.
Click to expand... 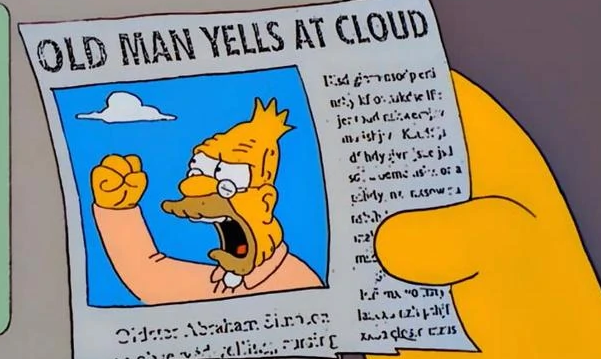 
I sold 3 of these very wrong cars last year for nearly $4 million. The project went alright.

Wait, a vehicle that is 7 years old which is selling for more than twice as much as the newer and faster AMG GT BS and or 765LT is a let down?

Thats what happens when kids grow up on cell phones and Starbucks!

I had very high hopes of actually getting one in 2004. Even after the greedy dealerships added their markups, the prices were still reasonable. I was going to have to sell my ‘70 Mach 1 that I’ve owned since 1983, but considering what I would be getting in return, I’m sure the Mach would quickly fade from my memory.
What I didn’t count on was the incredibly short supply of Ford GT’s in the Atlanta area. Plus I was considering my rapidly approaching eligibility for retirement in 2007 so time was also a big factor.

It didn’t take long for those “reasonable“ prices to become quite unreasonable and the guys with deep pockets also had the right connections. It just wasn’t gonna happen. I can’t really complain because my retirement pension allows me to keep racing fuel in the thirsty, heavily modified 351C powered Mach 1 that I still have fun winning races with .

What happened to the other two people that own them?

Such a cool car. Hoping to be able to get a NFGT one day. Have to settle for my Tungsten 06 for now.