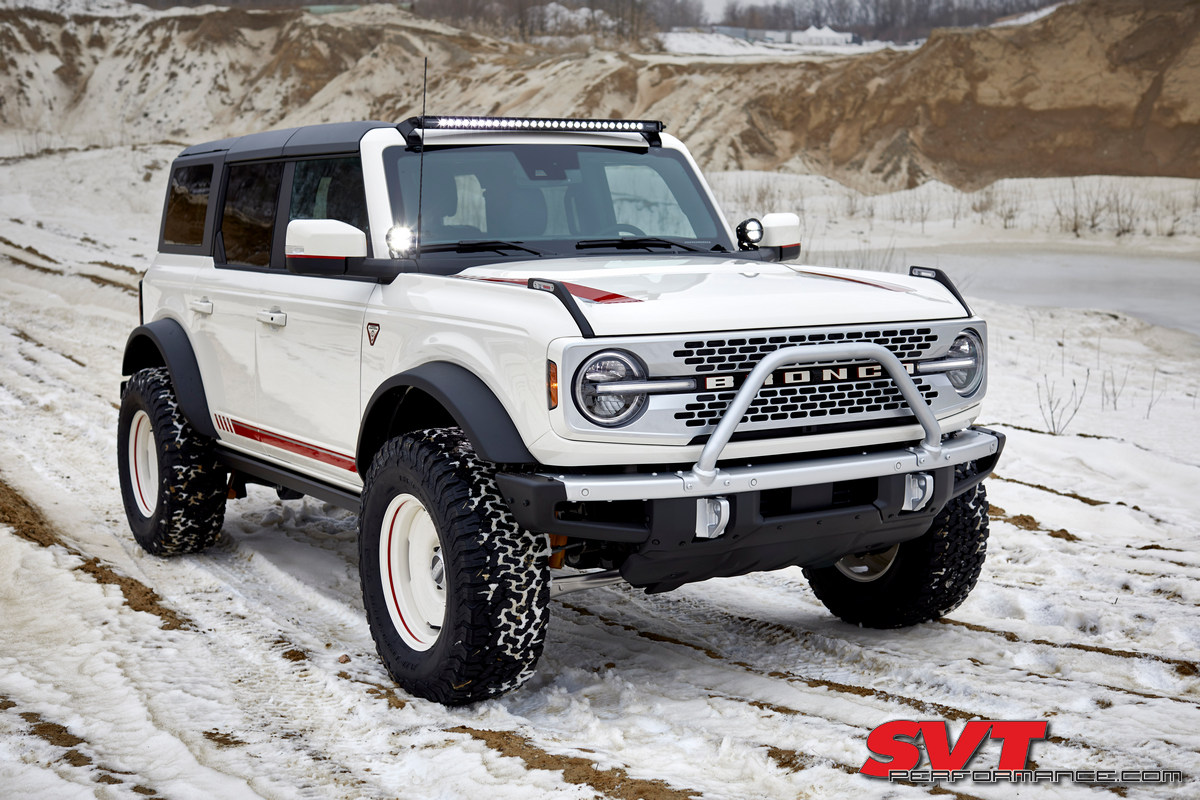 DEARBORN, Mich., Jan. 25, 2022 – Ford Motor Company and the Pope Francis Center in Detroit will auction a unique Bronco® paying homage to the original 1966 Ford Bronco at the annual Barrett-Jackson Auction in Scottsdale, Arizona, on Thursday.

“It’s an honor to be able to help support a great charity like the Pope Francis Center,” said Steve Gilmore, chief designer, Ford Vehicle Personalization. “Father Timothy McCabe and the team at the center were really instrumental in this project, collaborating on theme ideas and colors. The key was finding those special touches that really speak to the heritage of the ’66 Bronco, and then combining them with some of the modern features on a Bronco First Edition.”

The custom build wears classic Wimbledon White exterior paint, a color featured on the 1966 Bronco but not available on today’s Bronco lineup. Custom wheels with matching Wimbledon White finish by Detroit Steel Wheels feature a Rapid Red stripe at the center to match striping on the bodysides and hood corners. Iconic Silver-painted elements, such as the face of the one-piece grille and the upper portion of the Ford Performance heavy-duty modular front metal bumper, add to the heritage-inspired look.

For even more contrast, a unique set of Bronco First Edition graphics in reflective Rapid Red place the Pope Francis Center name alongside First Edition on the vehicle’s hood and bodyside. The custom build is outfitted with accessories from Ford Performance Parts, including a rooftop lightbar, side pod lights and wheel-well rock lights from Rigid™, as well as tube doors from Genuine Ford Accessories. Other accessories include an in-vehicle safe, MOLLE strap system mounted to the inner swing-gate, plus full vehicle cover and garage storage bags for the tube doors.

The Bronco Pope Francis Center First Edition is set to be auctioned at 4:30 p.m. MST on Thursday and will be broadcast live on FYI,™ television. For more information, please visit the Barrett-Jackson auction website. 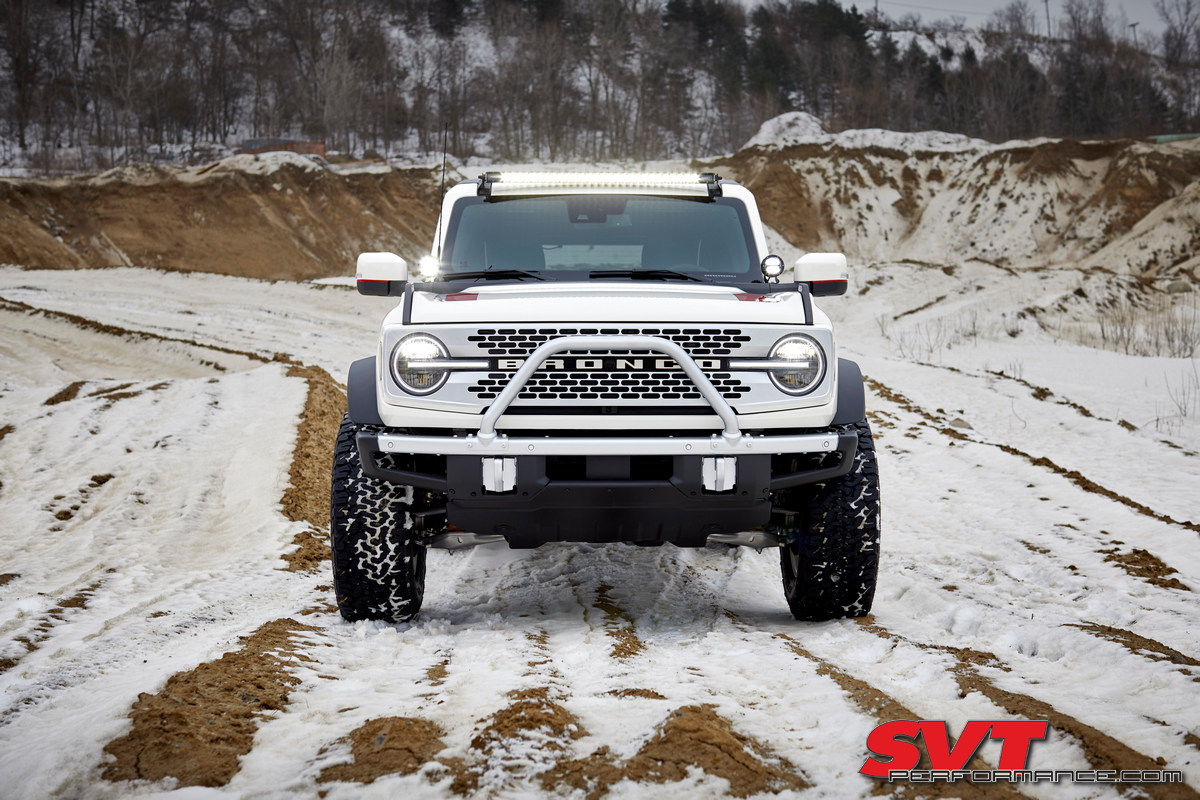 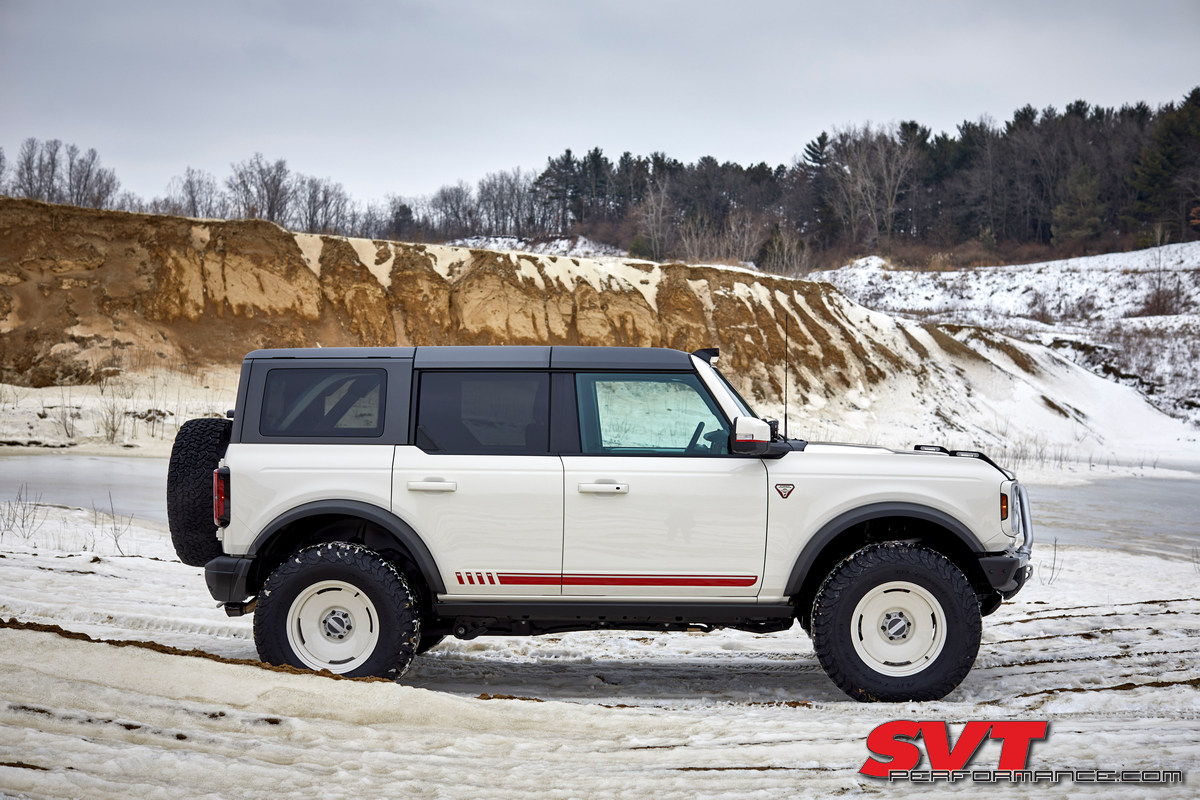 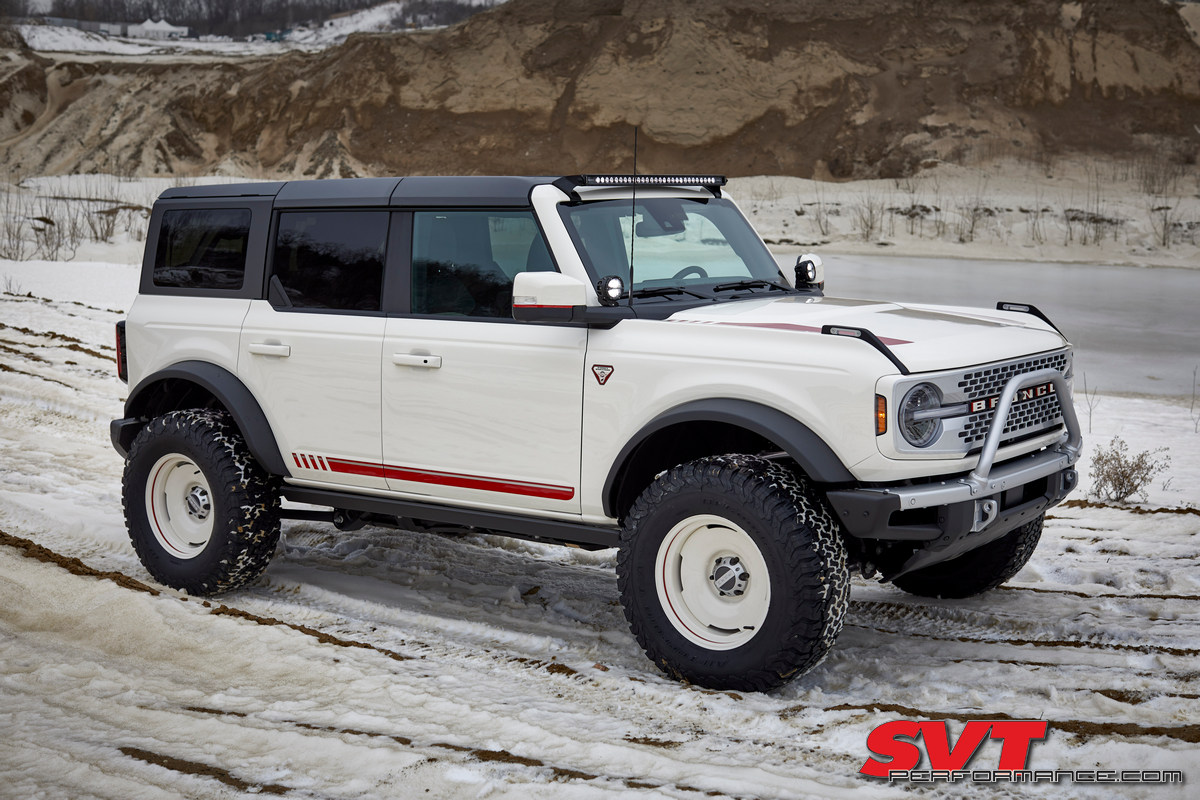 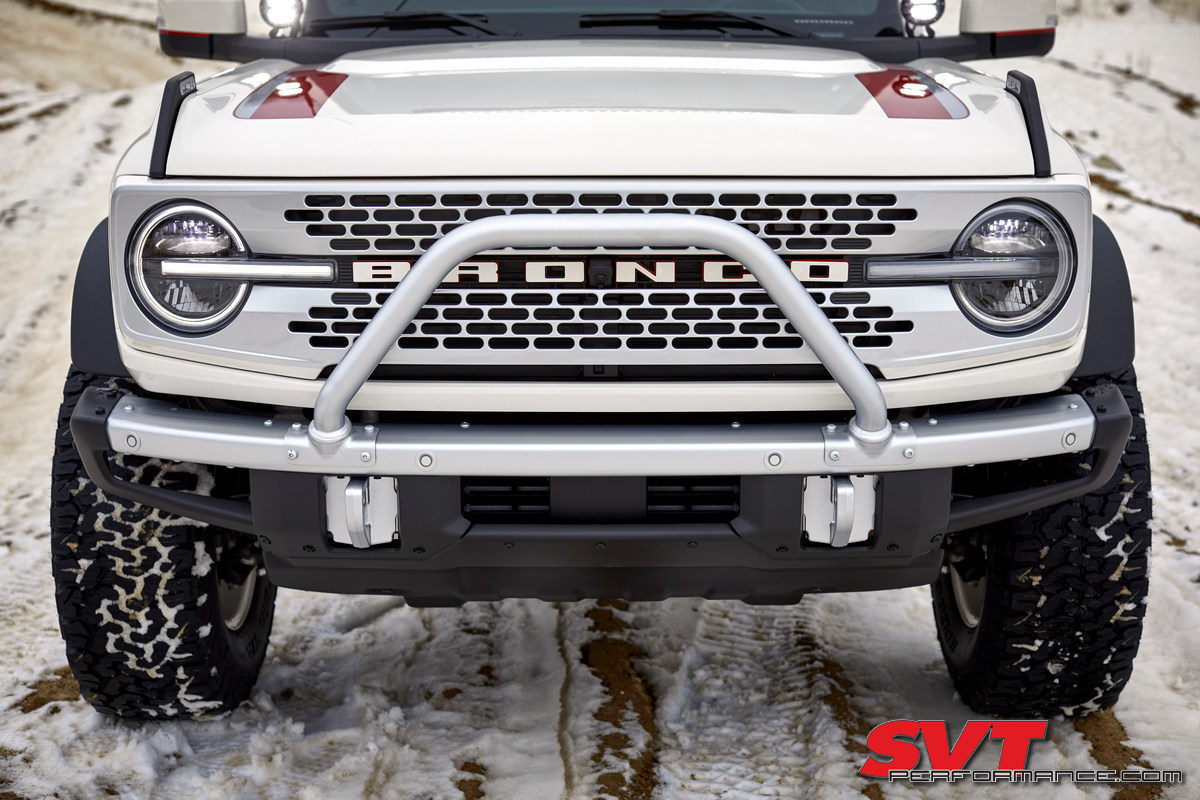 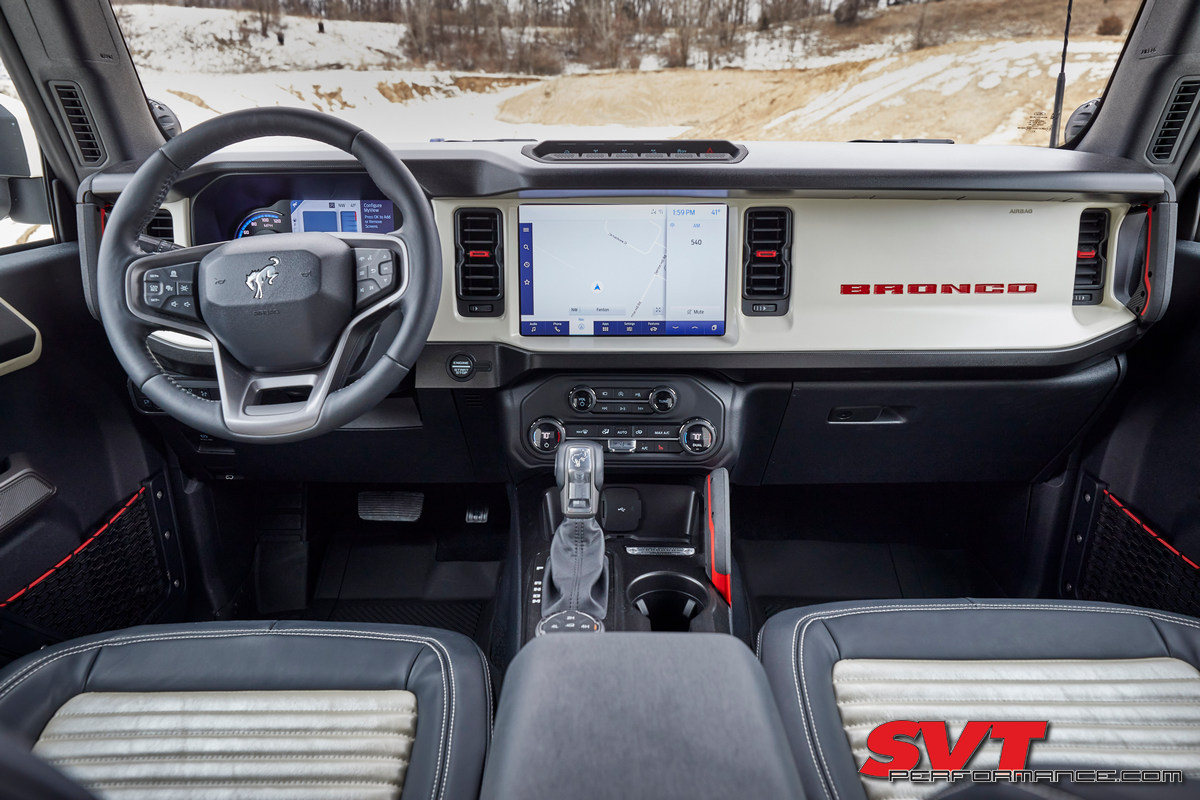 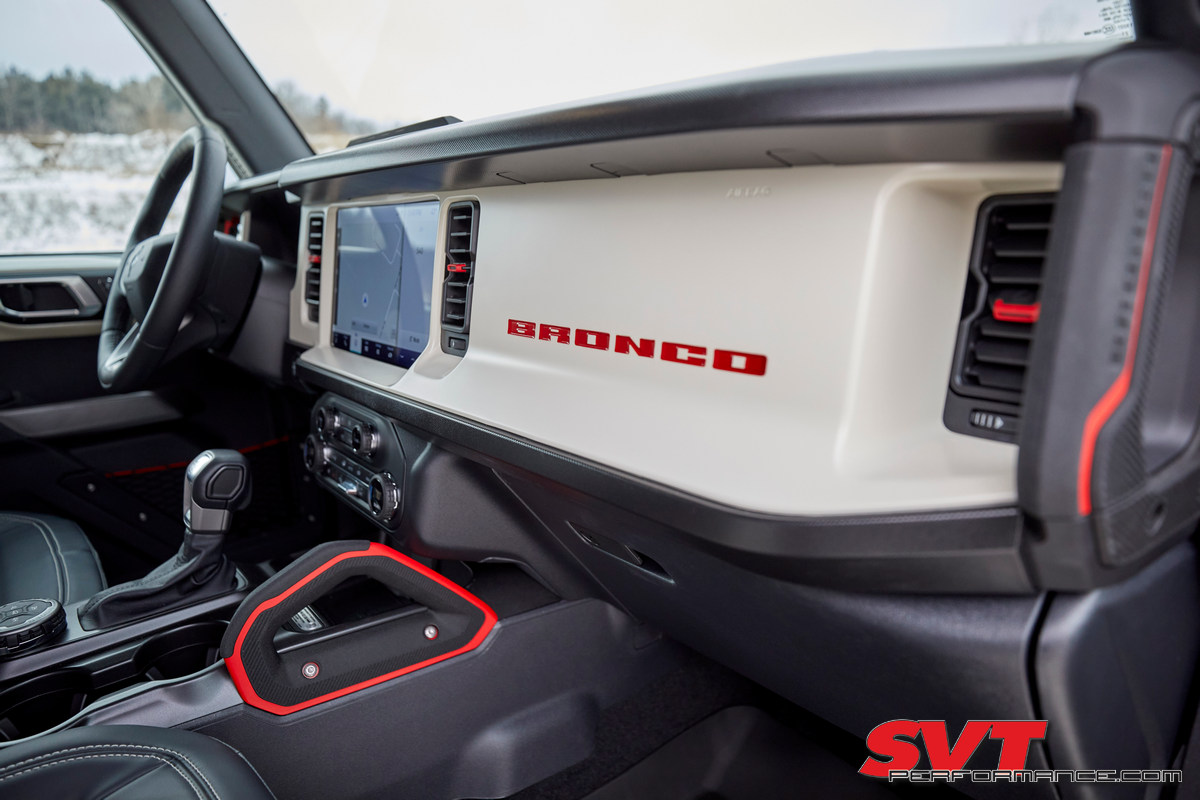 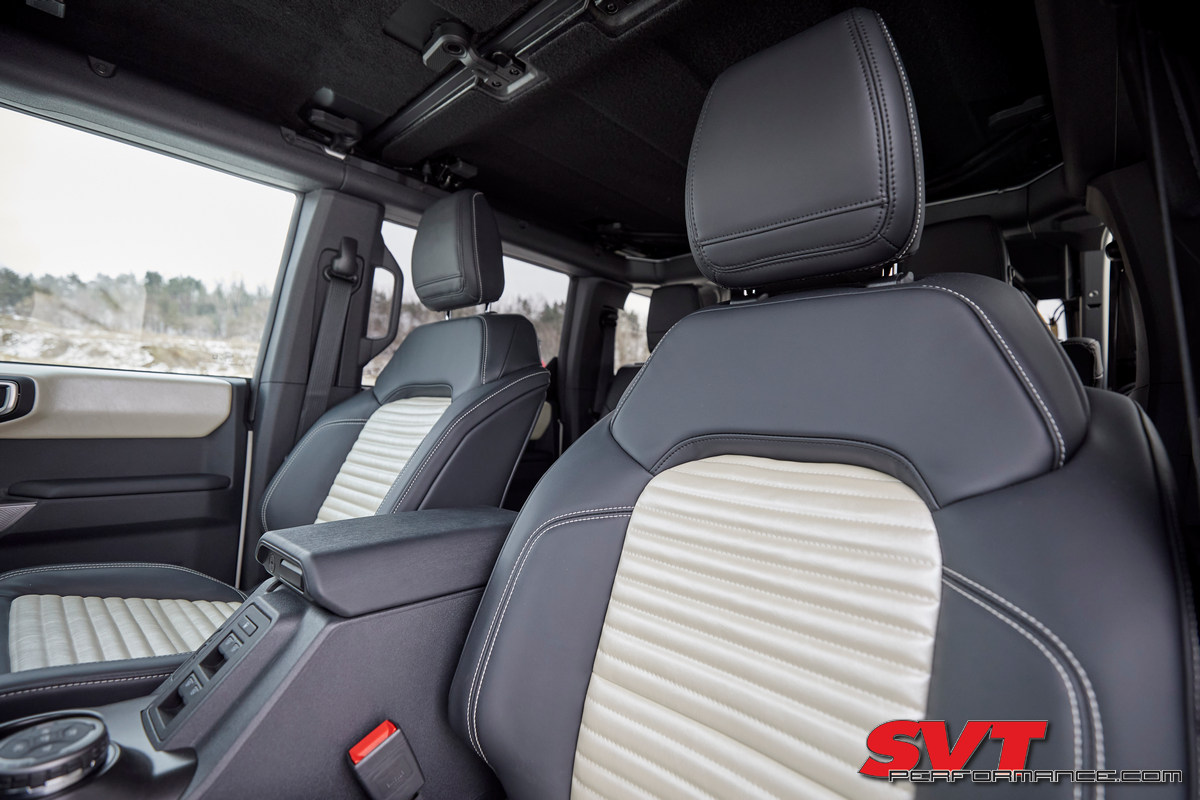 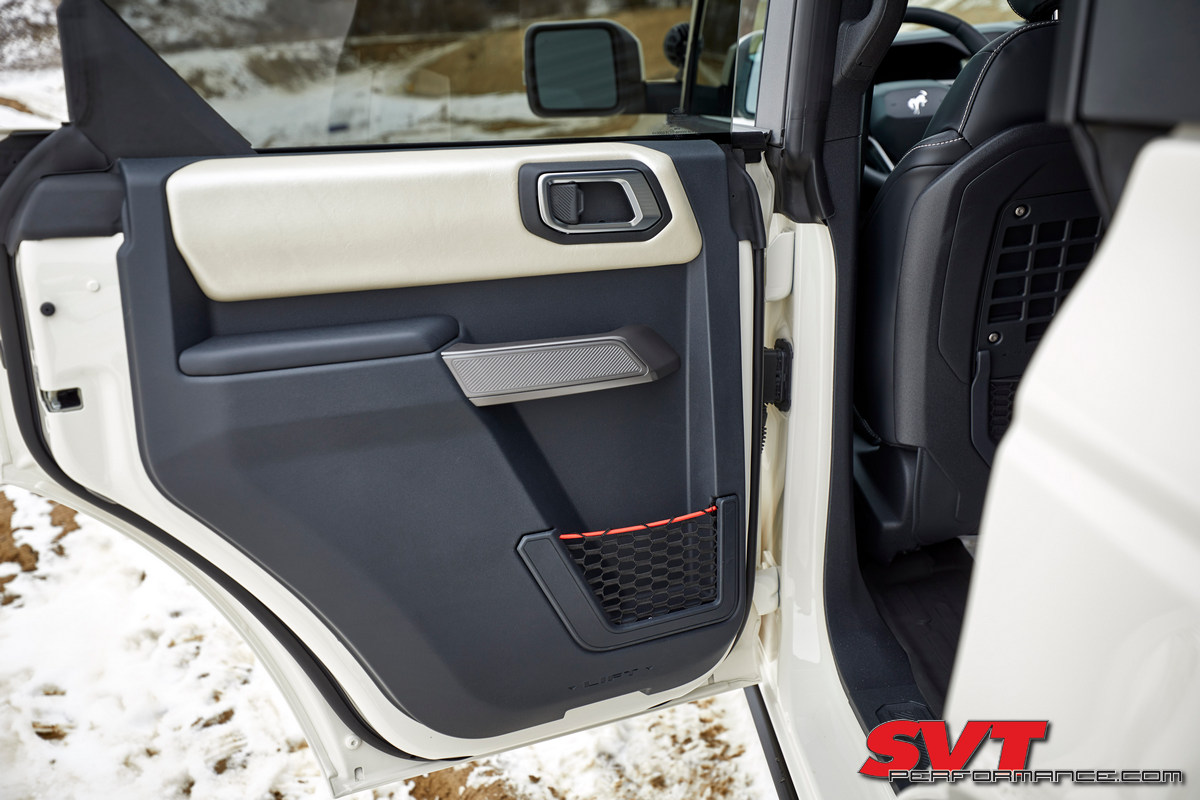 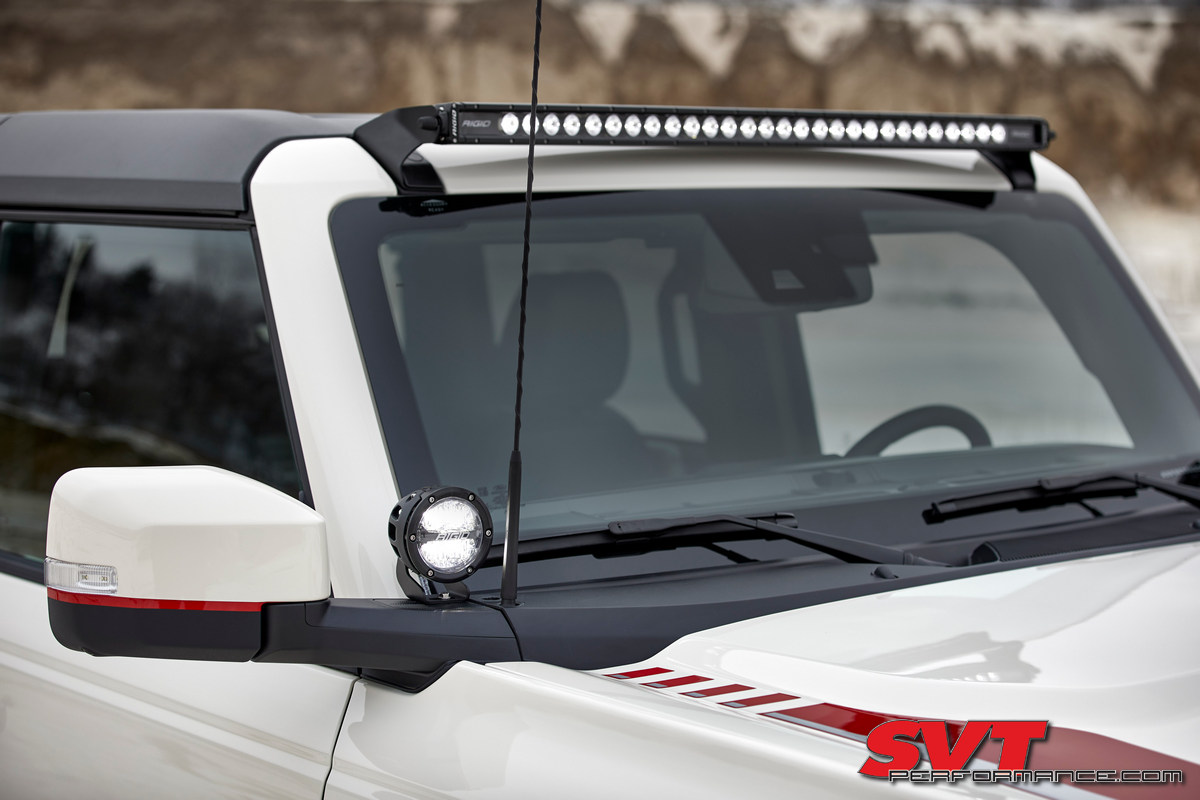 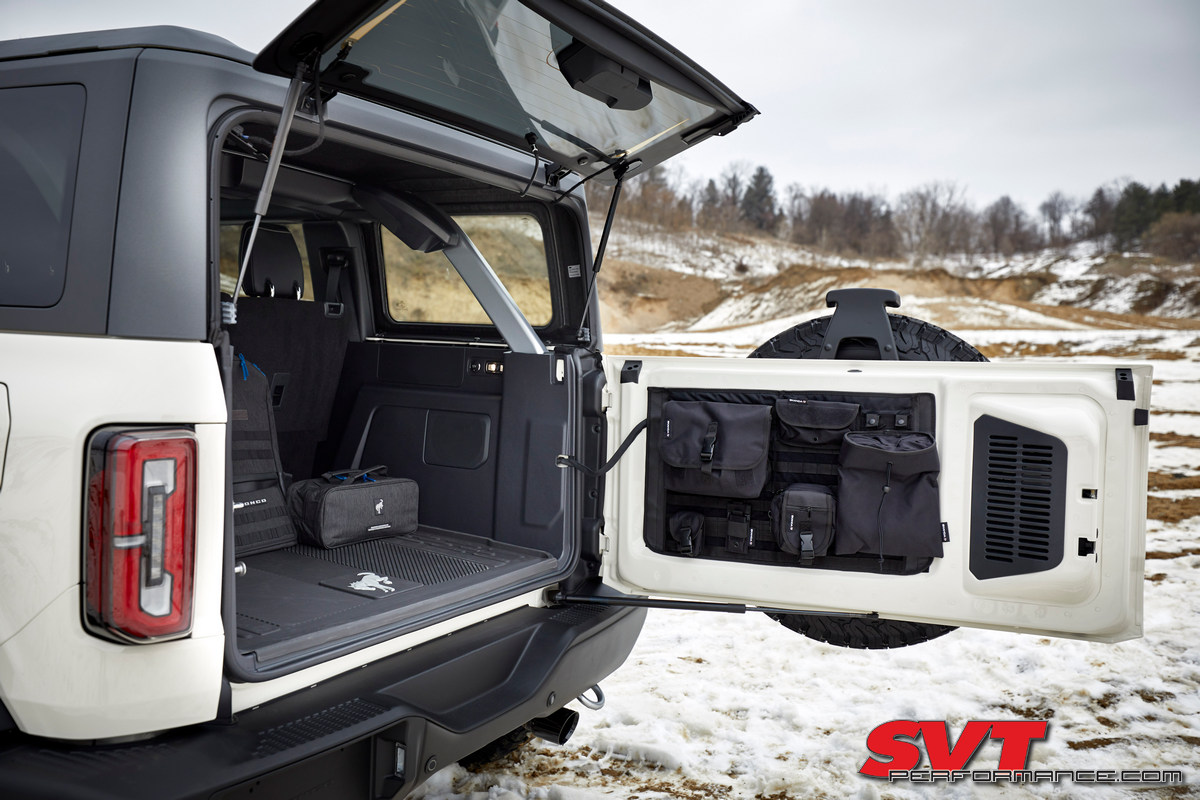 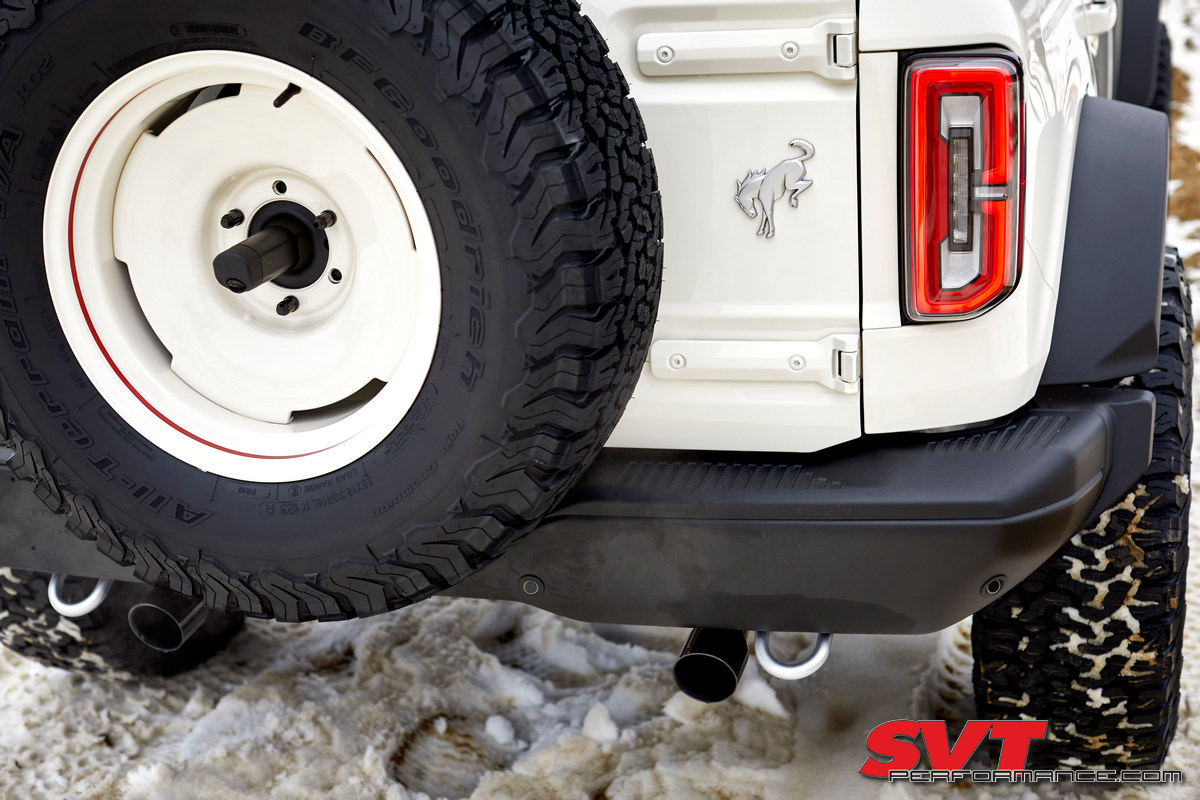 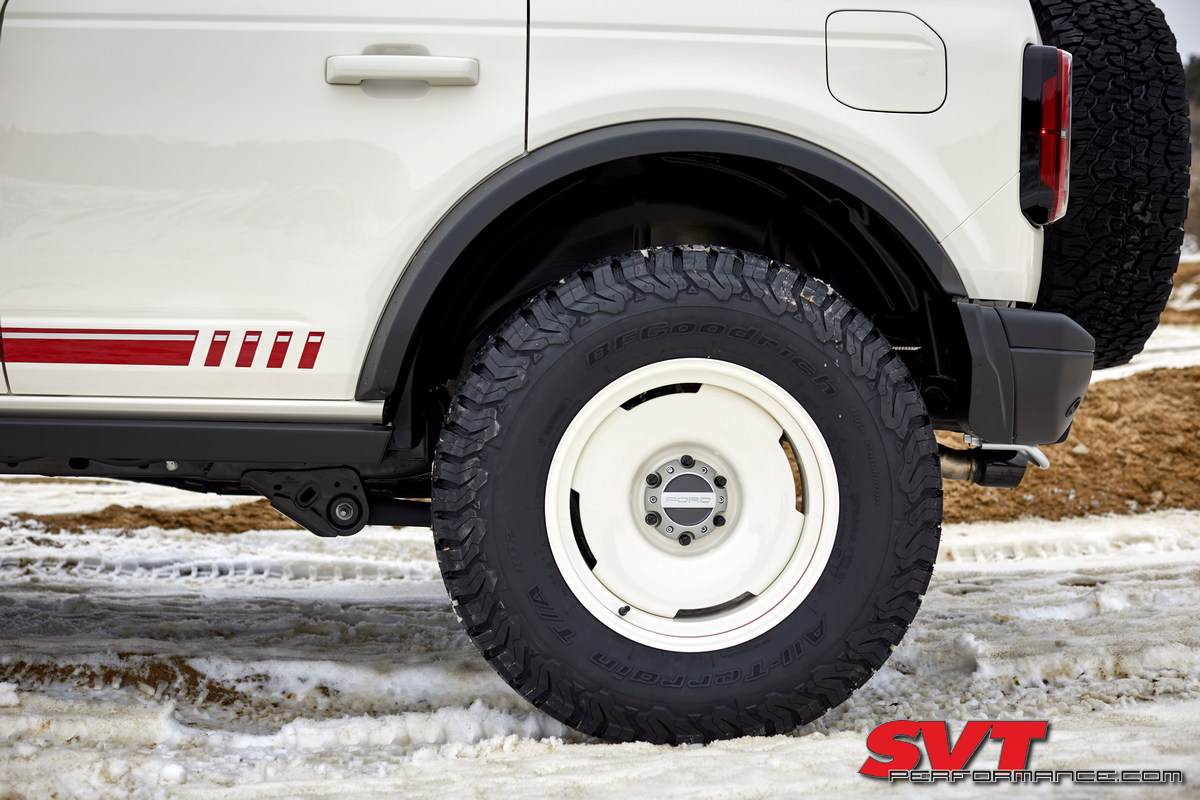 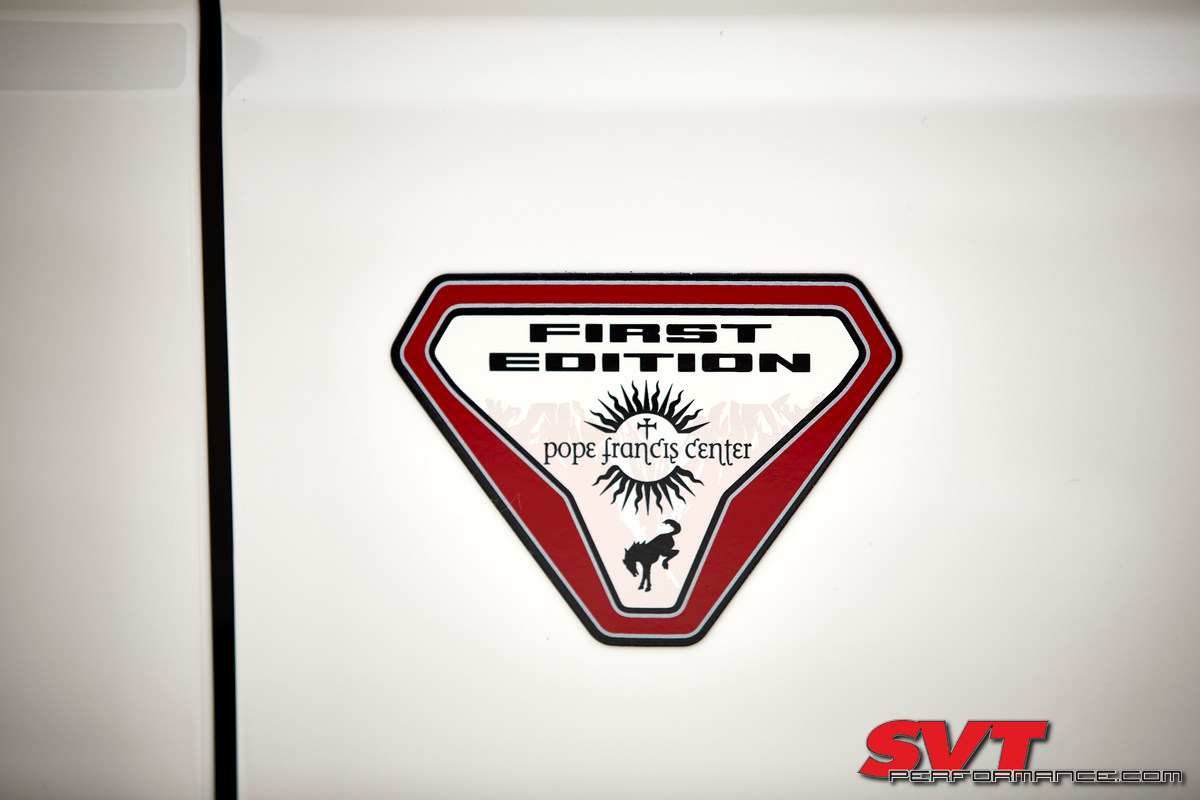 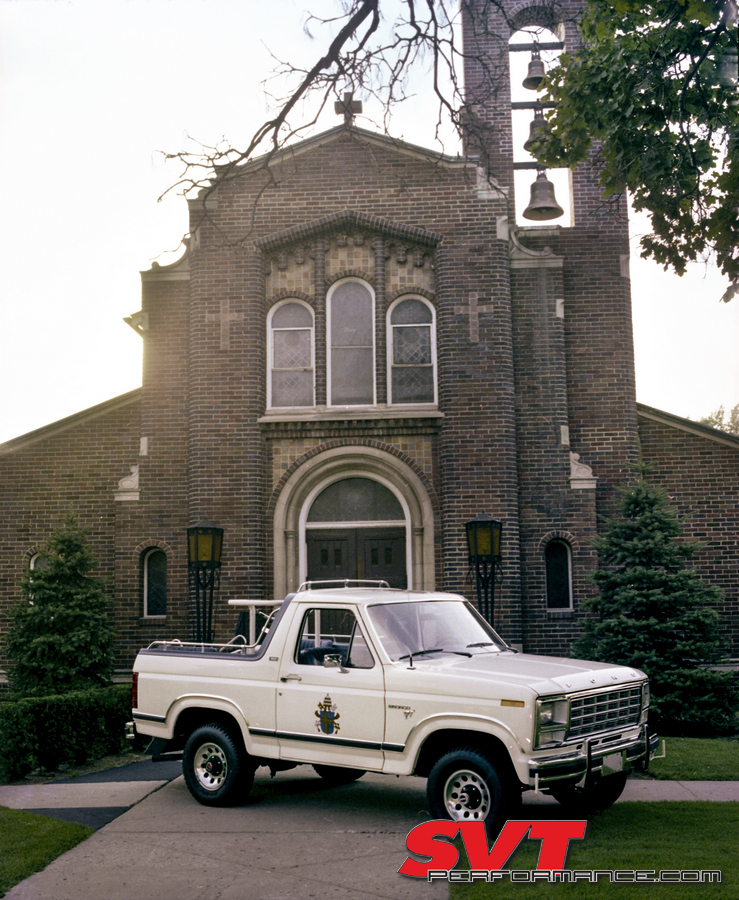 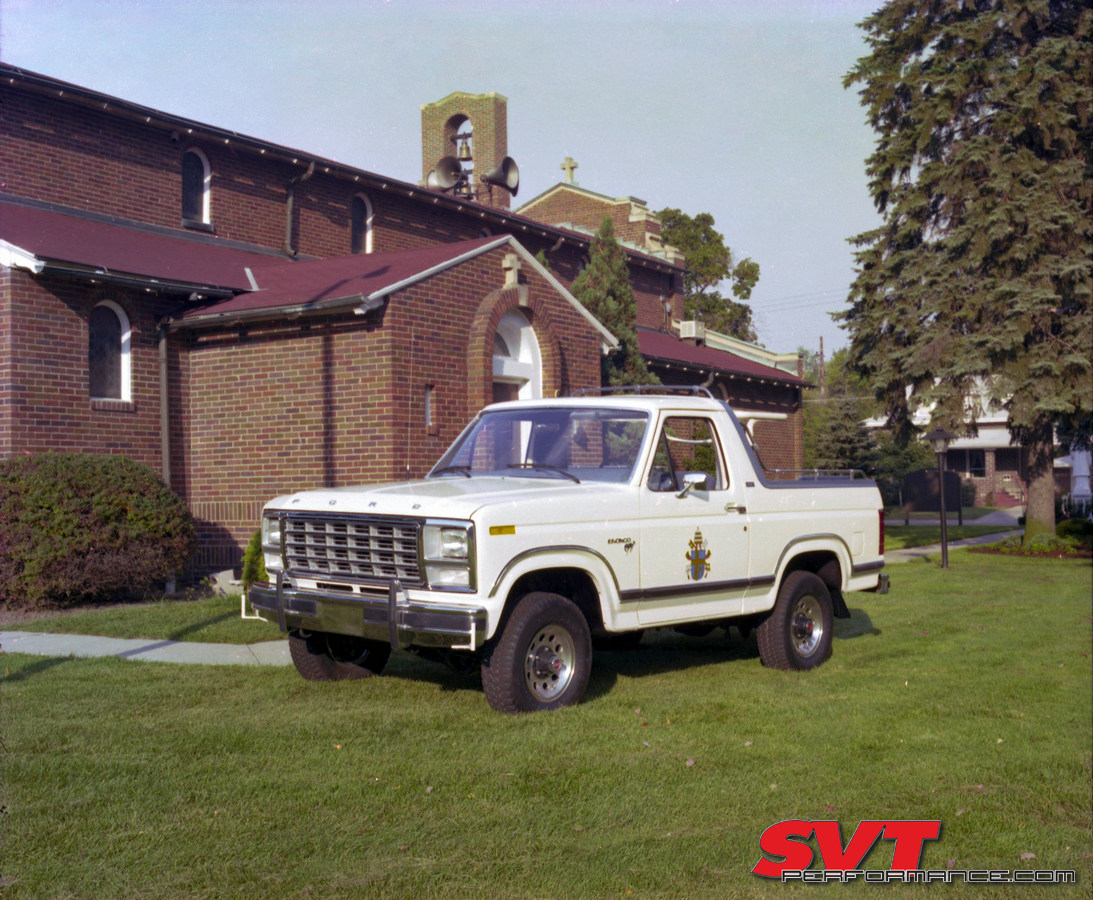 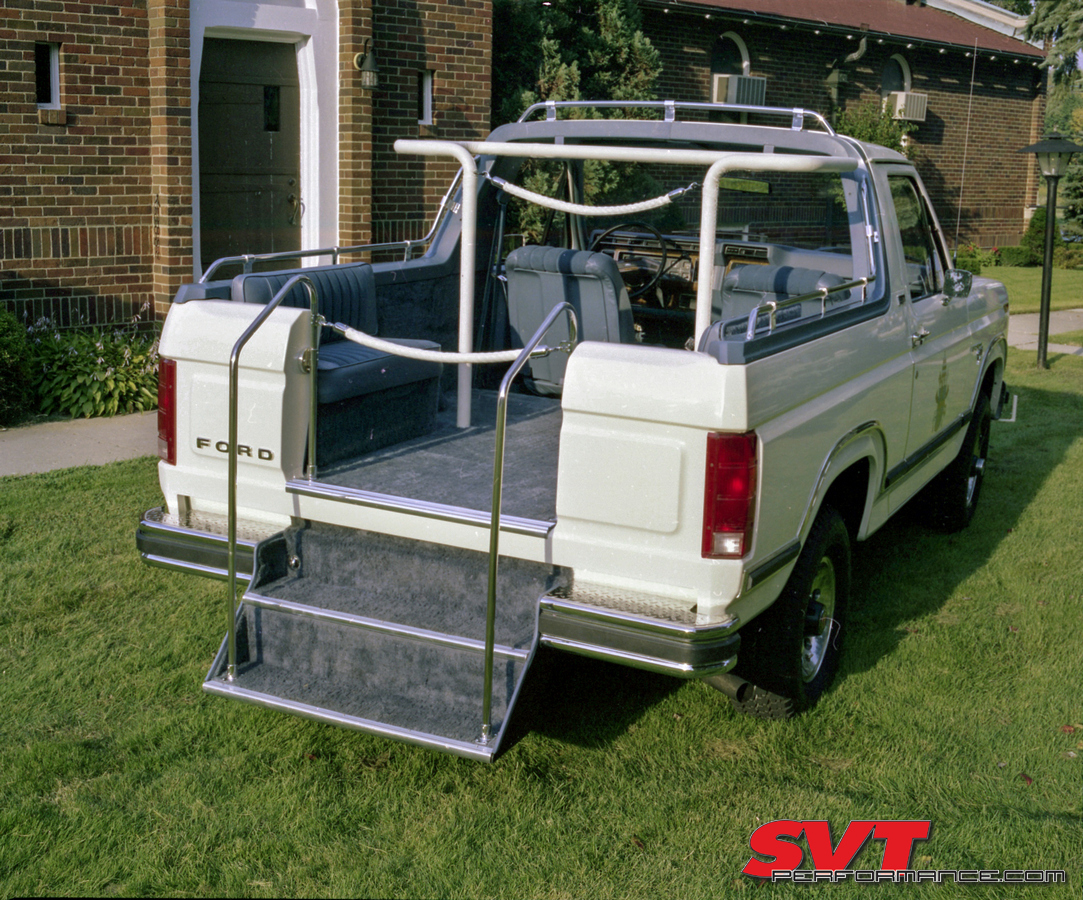 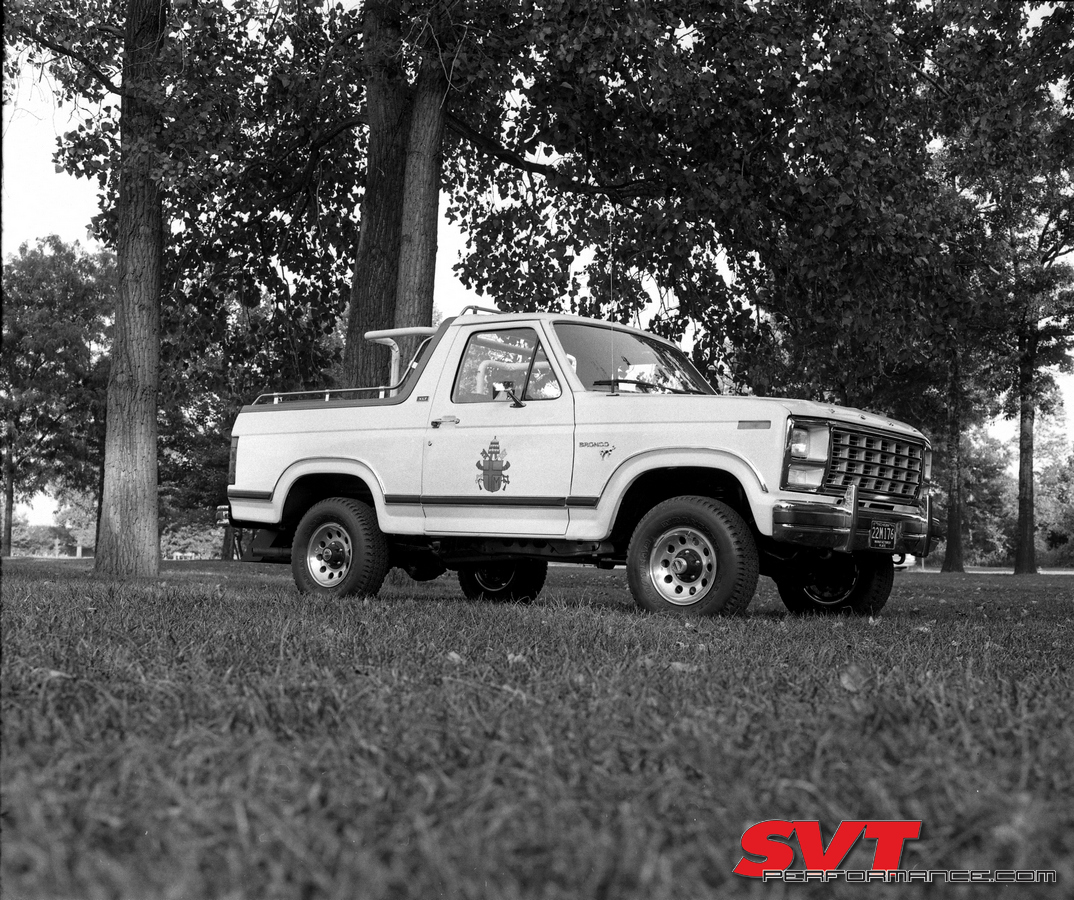 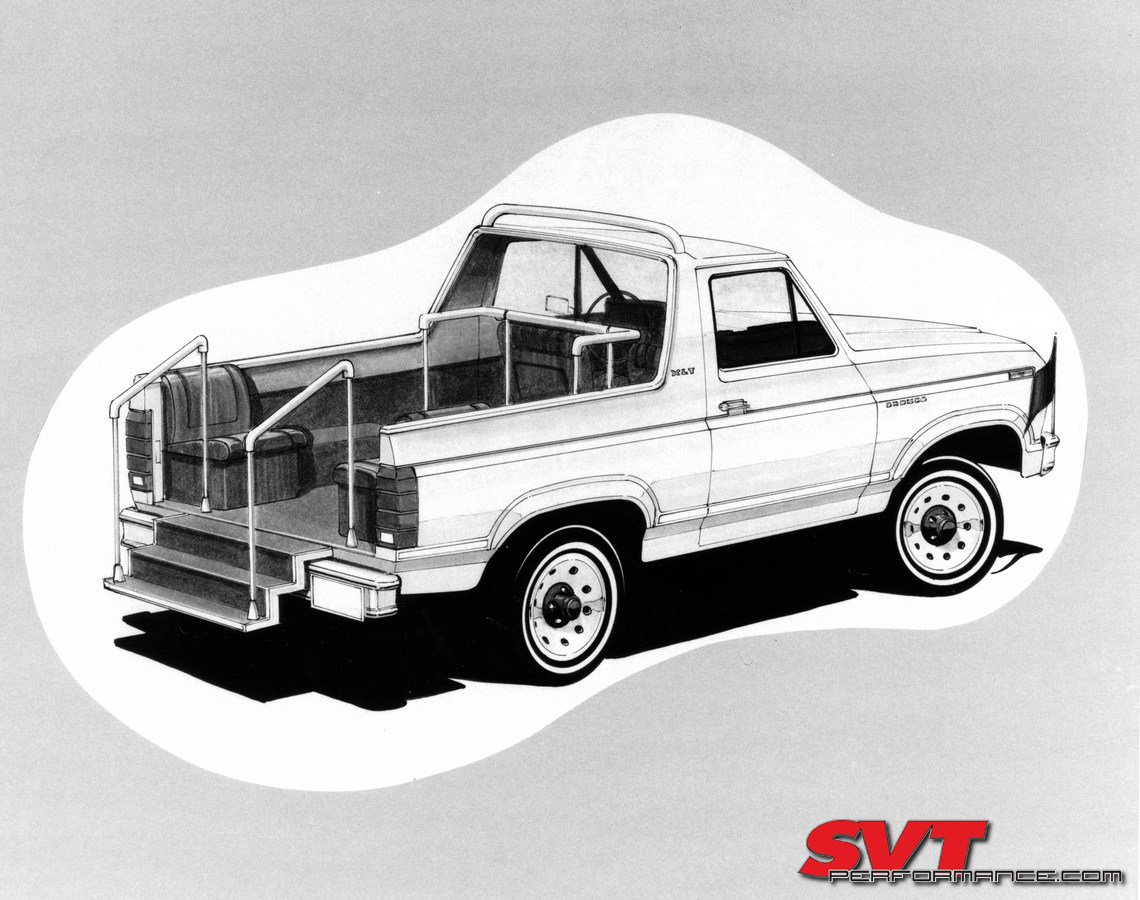 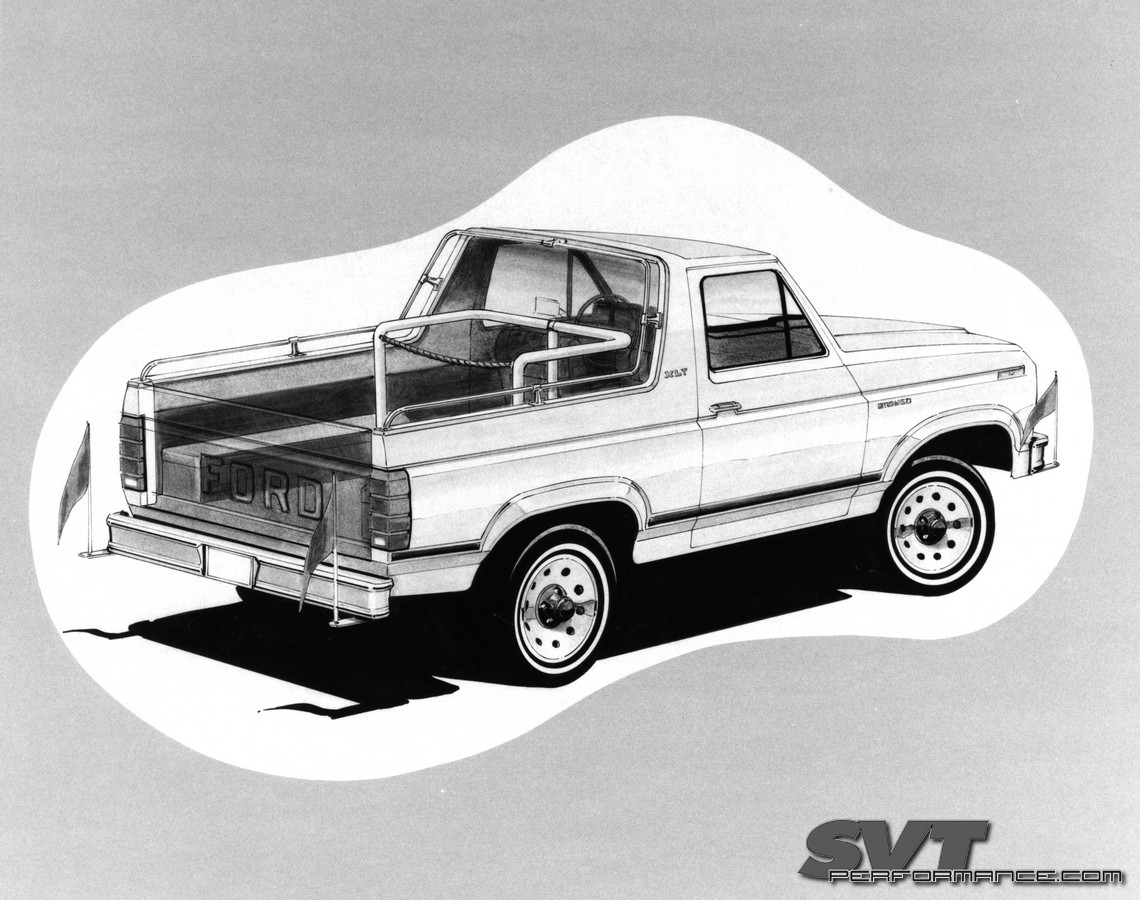 For what it’s worth, the pope should have blessed it.

That is really good looking custom Bronco. I'm anxious to see what it brings, but being that it is supporting a worthy cause, it will get much more than it would normally get. The high rollers will ensure that.