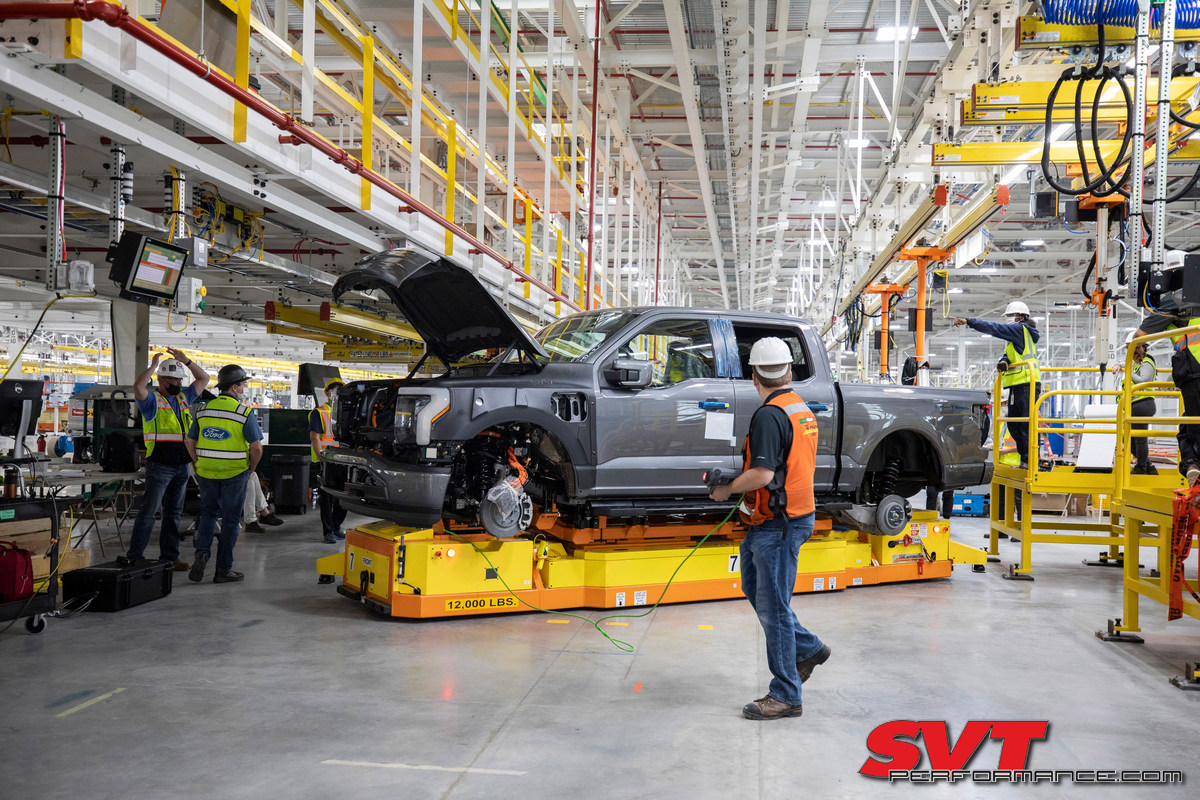 “We knew the F-150 Lightning was special, but the interest from the public has surpassed our highest expectations and changed the conversation around electric vehicles. So we are doubling down, adding jobs and investment to increase production,” said Bill Ford, executive chair, Ford Motor Company. “This truck and the Ford-UAW workers who are assembling it in Michigan have a chance to make history and lead the electric vehicle movement in America.”

F-150 Lightning, with a starting MSRP of $40,000 and targeted EPA-estimated driving range of 300 miles with the extended range battery1, is aimed at the heart of the U.S. auto market. Ford has taken more than 150,000 reservations for the trucks to date.

“Electrifying the F-Series – America’s best-selling truck for 44 years – and assembling it at this high-tech facility in Michigan – represents a significant step toward mass adoption of electric vehicles in America,” said Kumar Galhotra, Ford’s president of The Americas and International Markets Group. “F-150 Lightning is intended to be more than a no-compromise zero tailpipe-emissions truck. It’s packed with ingenious features and technology that will improve over time, it’s exhilarating to drive and it can power your home and worksite.”

Ford confirmed construction of the Rouge Electric Vehicle Center a year ago as part of an initial $700 million investment in the historic Ford Rouge Center, creating a manufacturing home for the F-150 Lightning. Now Ford’s pre-production F-150 Lightning trucks are leaving the factory for real-world testing, with the truck available to customers next spring.

Ford’s $250 million additional investment will create 450 additional hourly direct jobs, with most of those workers assembling the F-150 Lightning at the Rouge Electric Vehicle Center. Workers at Rawsonville Components Plant will assemble the batteries and Van Dyke Electric Powertrain Center will increase its capacity to supply electric motors and electric transaxles for the F-150 Lightning.

This is the latest in Ford’s continuing investment in Michigan. Ford has invested $7.7 billion in the state and created and retained 7,000 Michigan jobs since 2016, including bringing the new Bronco SUV and Ranger pickup production to Michigan, refurbishing Michigan Central Station, developing a new Ford Research and Engineering Campus in Dearborn, creating Ford’s Ion Park in Romulus and more. Michigan has been the home of Ford since its founding in 1903 and these sites represent a growing network across southeast Michigan that will support the next generation of Ford’s battery electric, connected and autonomous vehicles.

“Today’s announcement is a great example of the right way to navigate the transition to tomorrow's vehicles by ensuring good-paying jobs of the future – investing in building vehicles in the United States, with the hard-working men and women of the UAW,” said Laura Dickerson, UAW Region 1A Director. “Investments like this can pave the way to a future that protects our families, our communities and our middle class. Ford is doing this the right way with the F-150 Lightning – creating 450 additional UAW-represented jobs. Ford is investing in this all-electric F-150 Lightning, as well as hybrid and gas F-150 versions, as consumer demands shift. It’s not a one-size-fits-all approach.”

“We’re standing on the edge of an era of electrification that will be built in factories like this one by hardworking UAW members and the innovative minds at Ford,” said Governor Gretchen Whitmer. “I am proud of Ford for committing to invest $30 billion in electrification through 2025, including this additional $250 million today to create 450 jobs in Dearborn, Ypsilanti and Sterling Heights supporting the production of the new F-150 Lightning. I will stay laser-focused at the state level on making investments in the future of mobility and electrification too, and together, we can create good-paying, high-skill union jobs and lead the world in electric vehicle development and manufacturing.”

“Michigan is the heart of the auto industry and we need to work across all sectors every single day to keep it that way,” said Rep. Debbie Dingell. “Building the vehicles of the future here at home while maintaining good-paying, union jobs will help the United States lead on mobility technology and innovation and stay ahead of our global competitors. I’ve been working day in and day out in legislative markups and discussions to ensure strong support for domestic manufacturing and electric vehicle infrastructure. I’m thankful for Ford’s partnership in this goal as we work together to protect jobs and keep the supply chain here in the United States, while also combatting the climate crisis and strengthening our economy.”

The Rouge Electric Vehicle Center is in the Ford Rouge Center, which sets the benchmark for sustainable automotive assembly. This new center supports Ford’s vision of sustainable production as a zero waste-to-landfill site.

The center uses natural lighting, as well as LED lighting and the primary forklift fleet will use hydrogen fuel cells with a zero-emission profile. The Rouge Electric Vehicle Center is built on the site of the old Dearborn Assembly Plant, using its recycled foundation and construction materials. 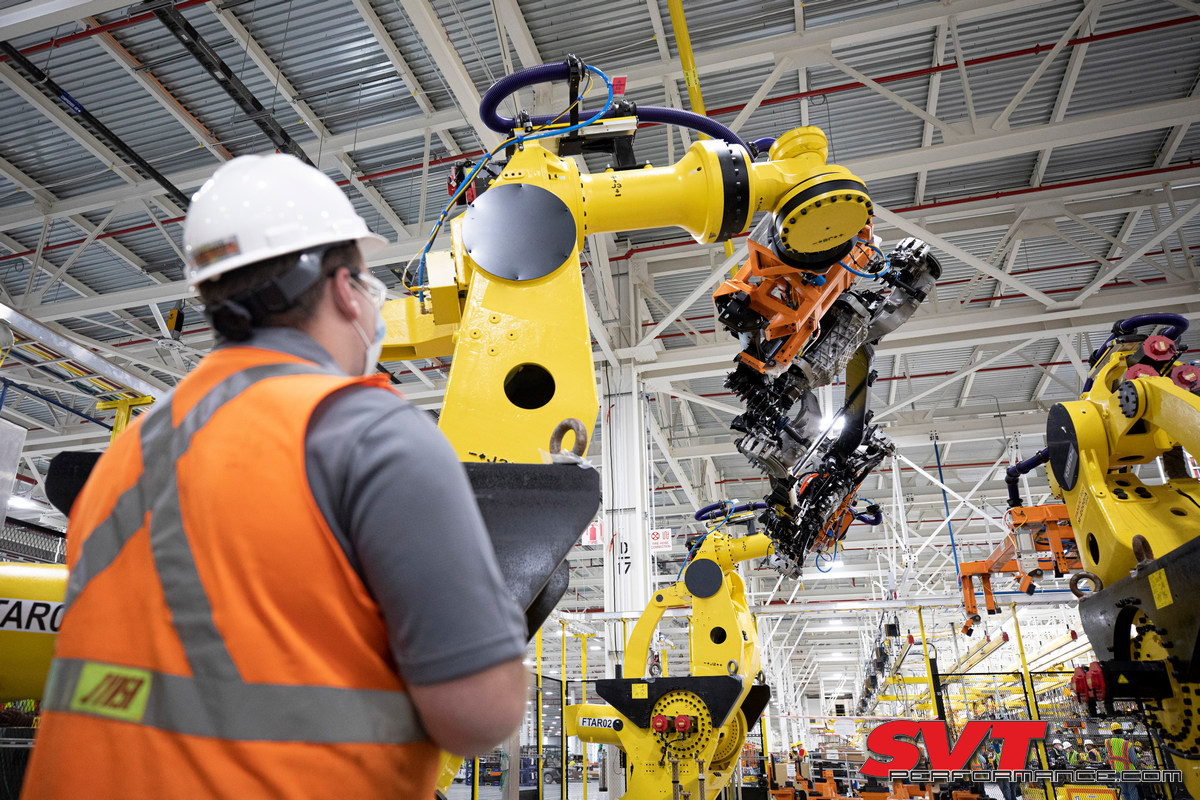 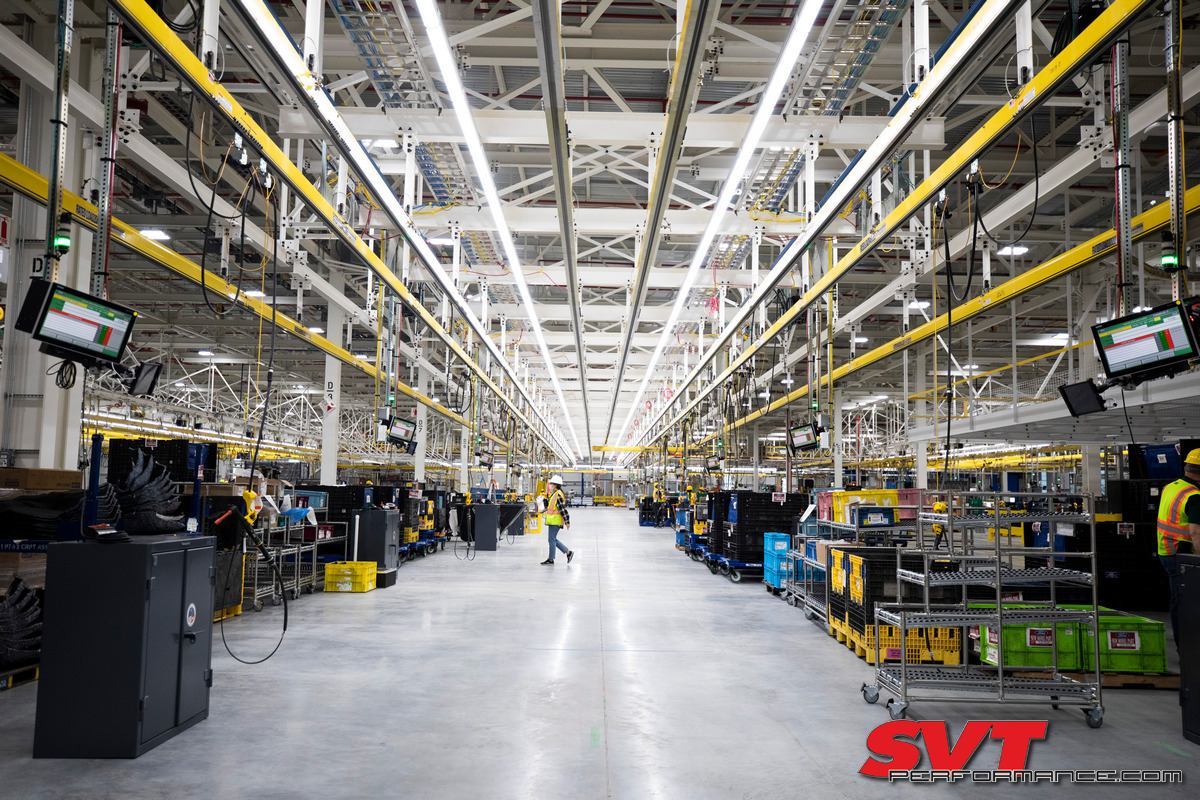 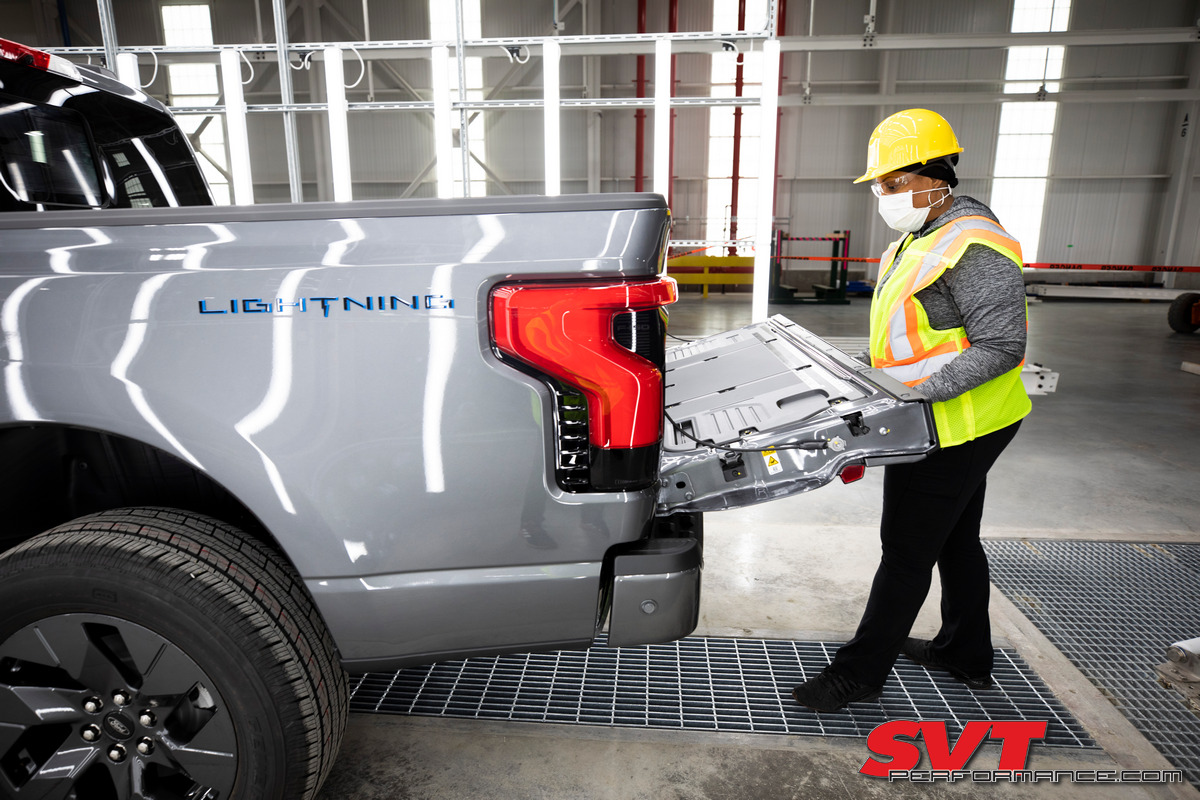 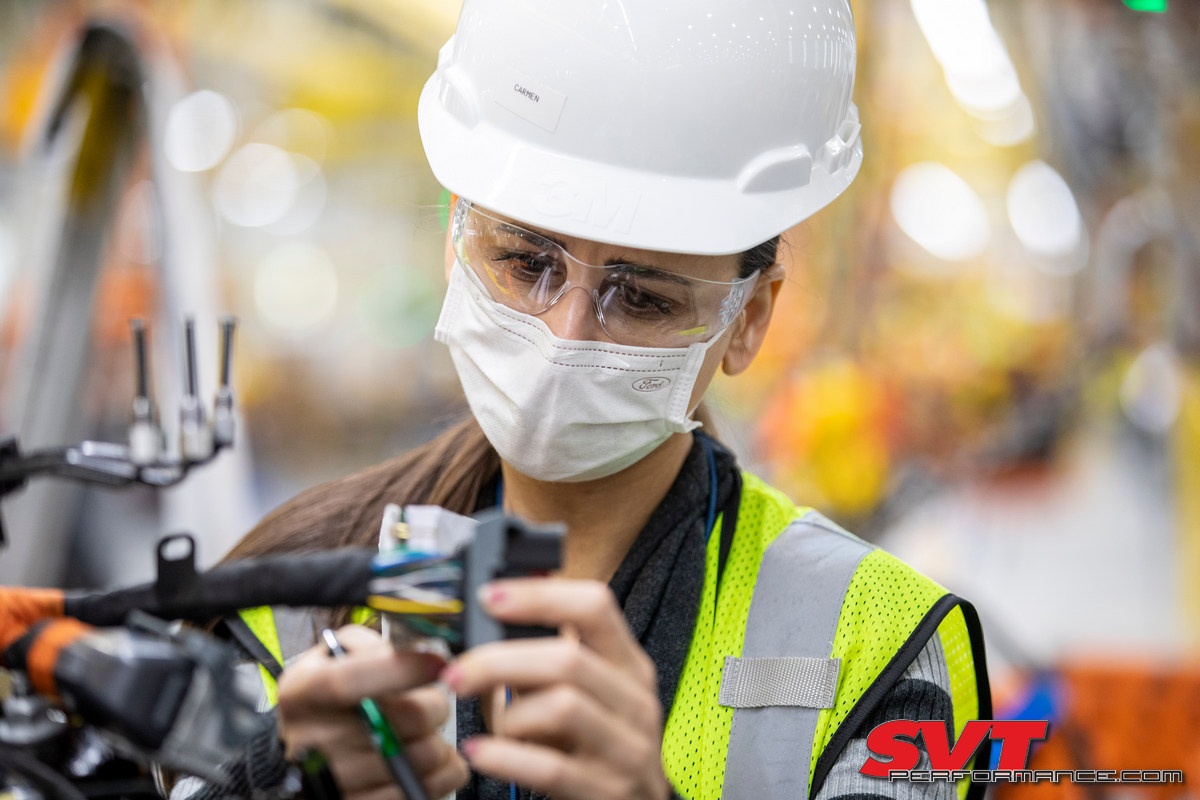 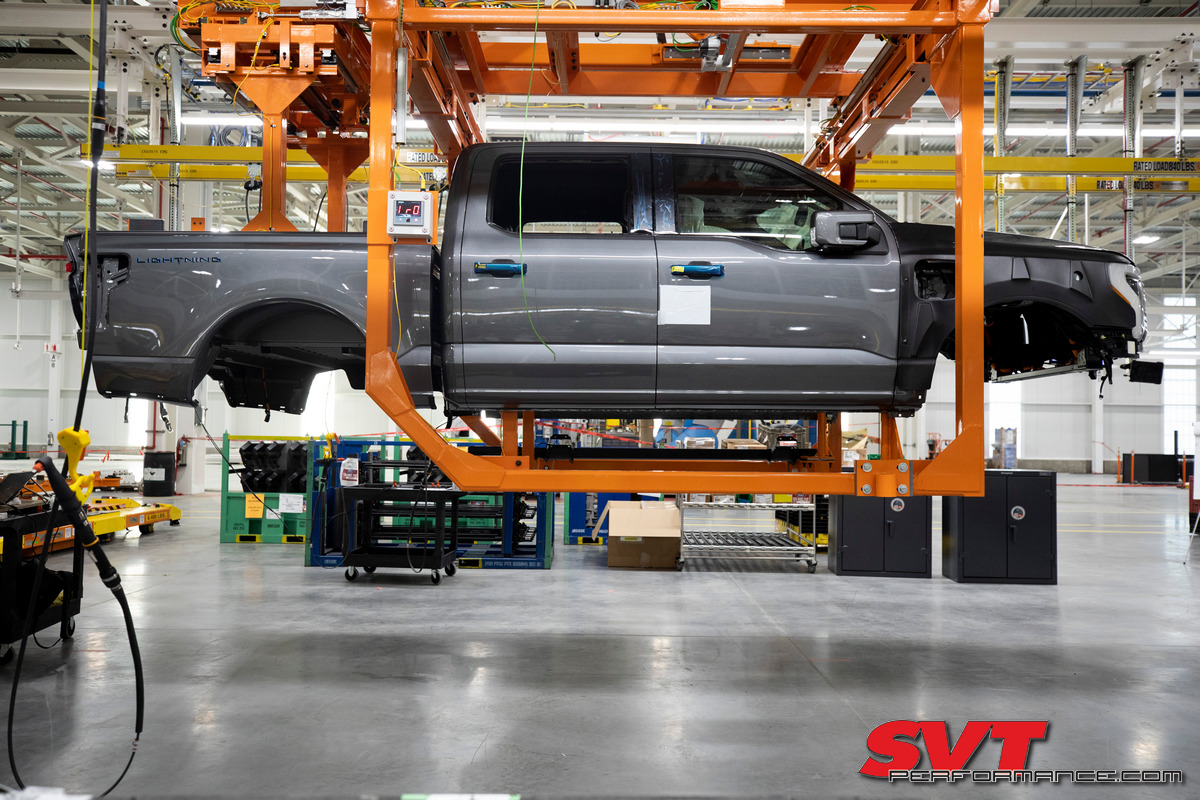 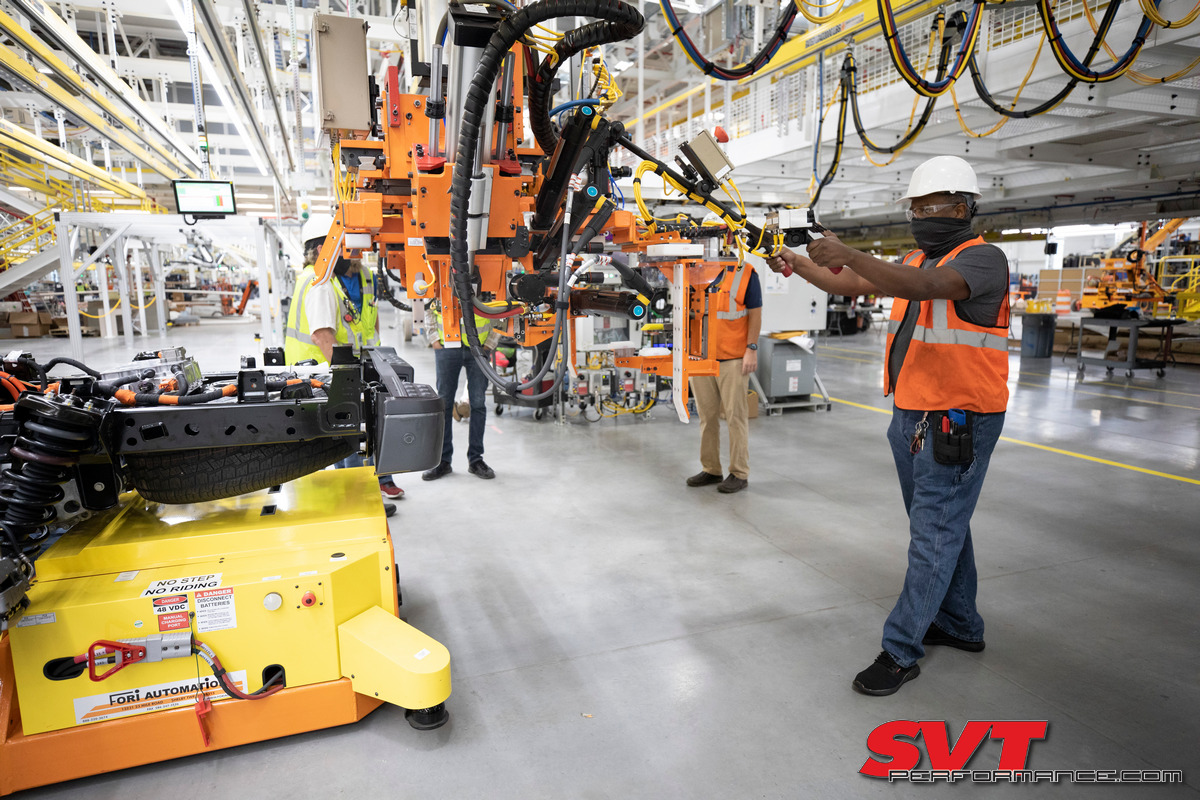 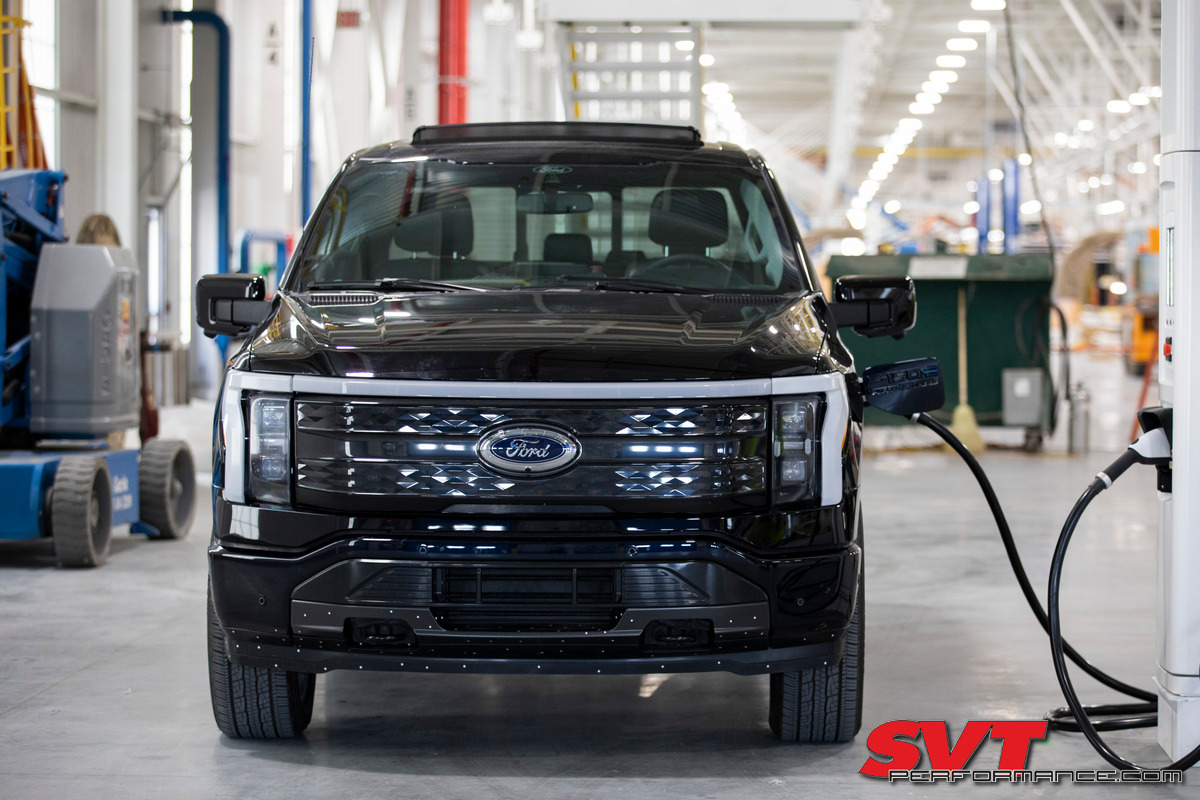 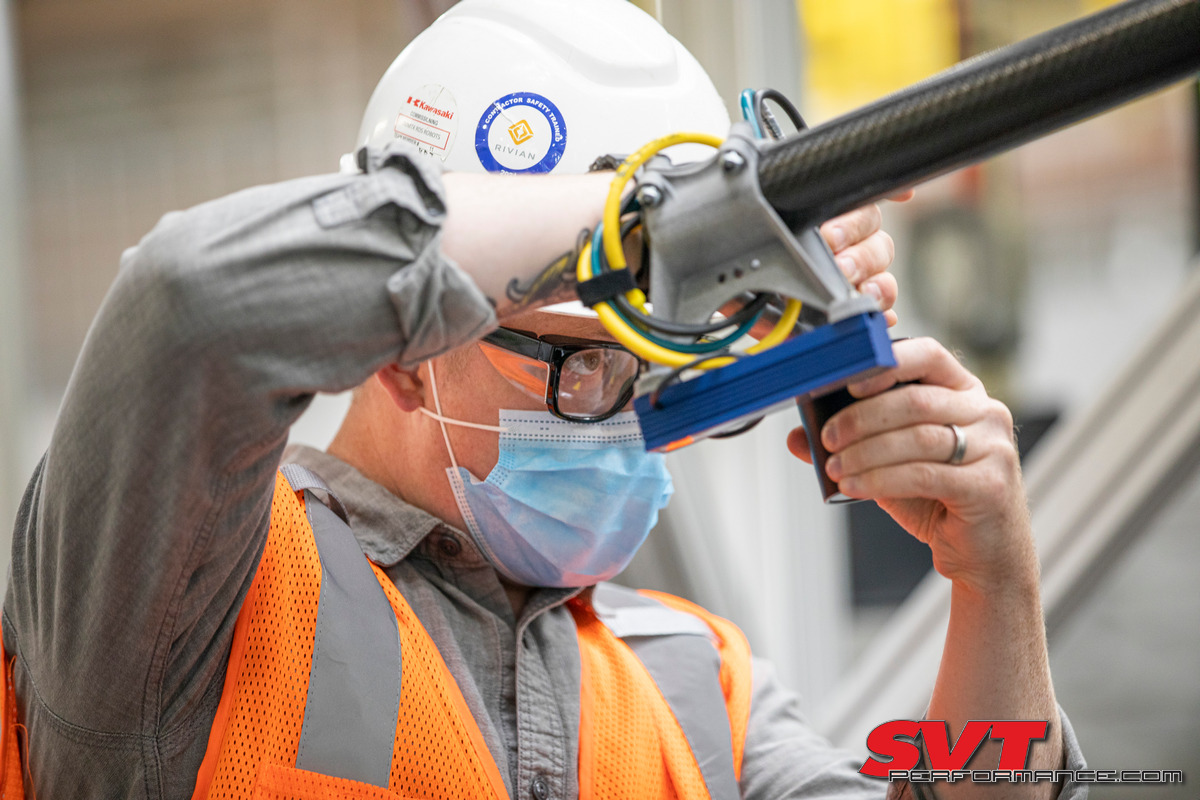 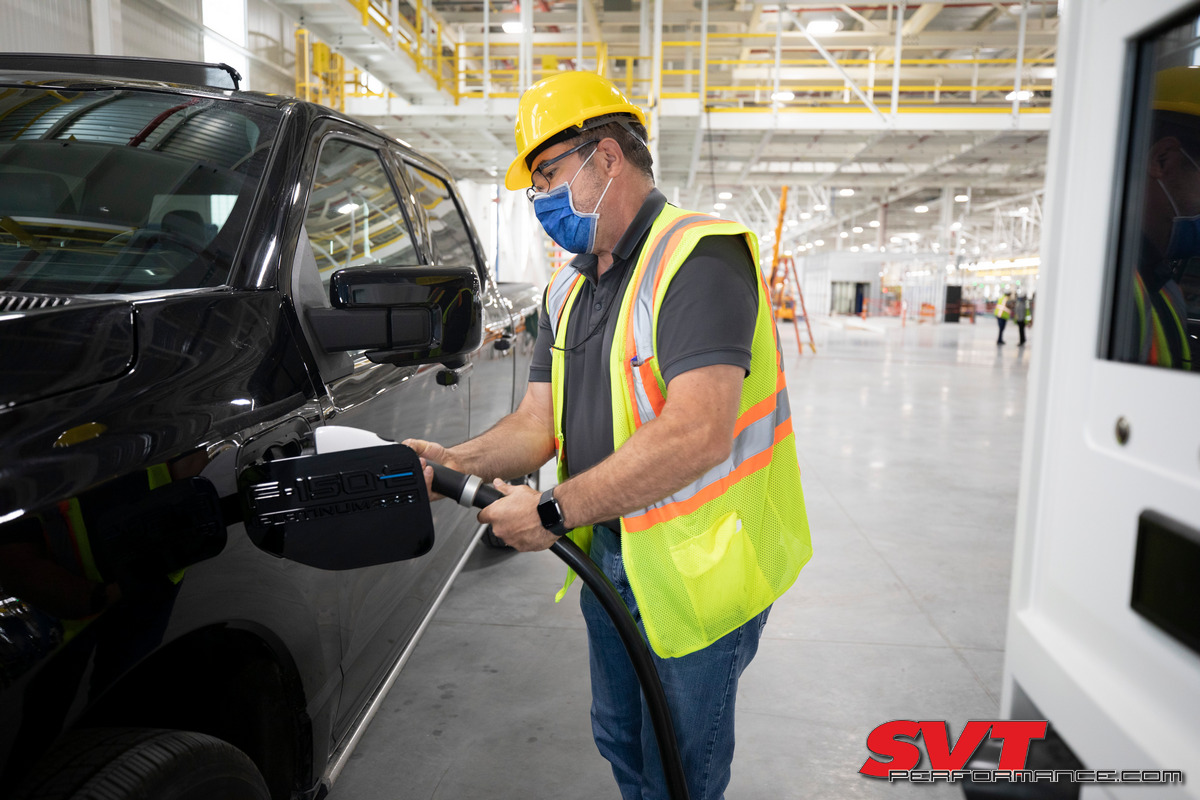 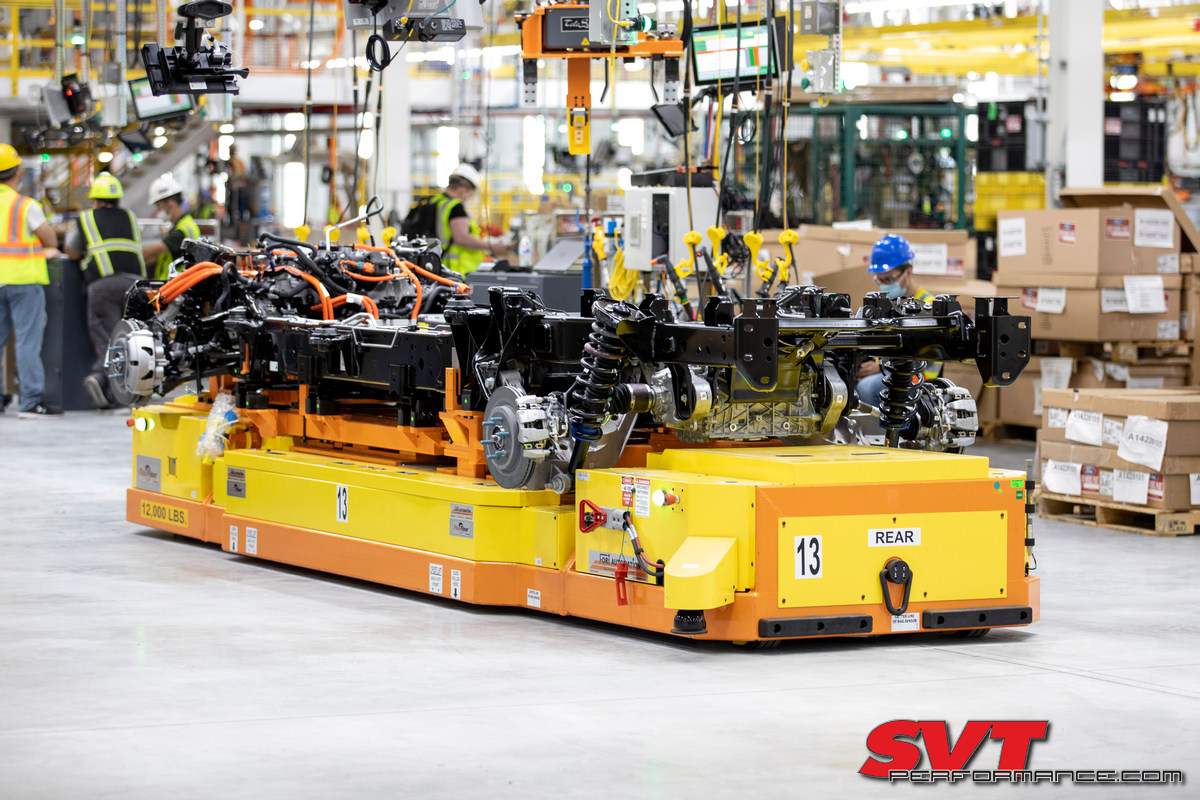 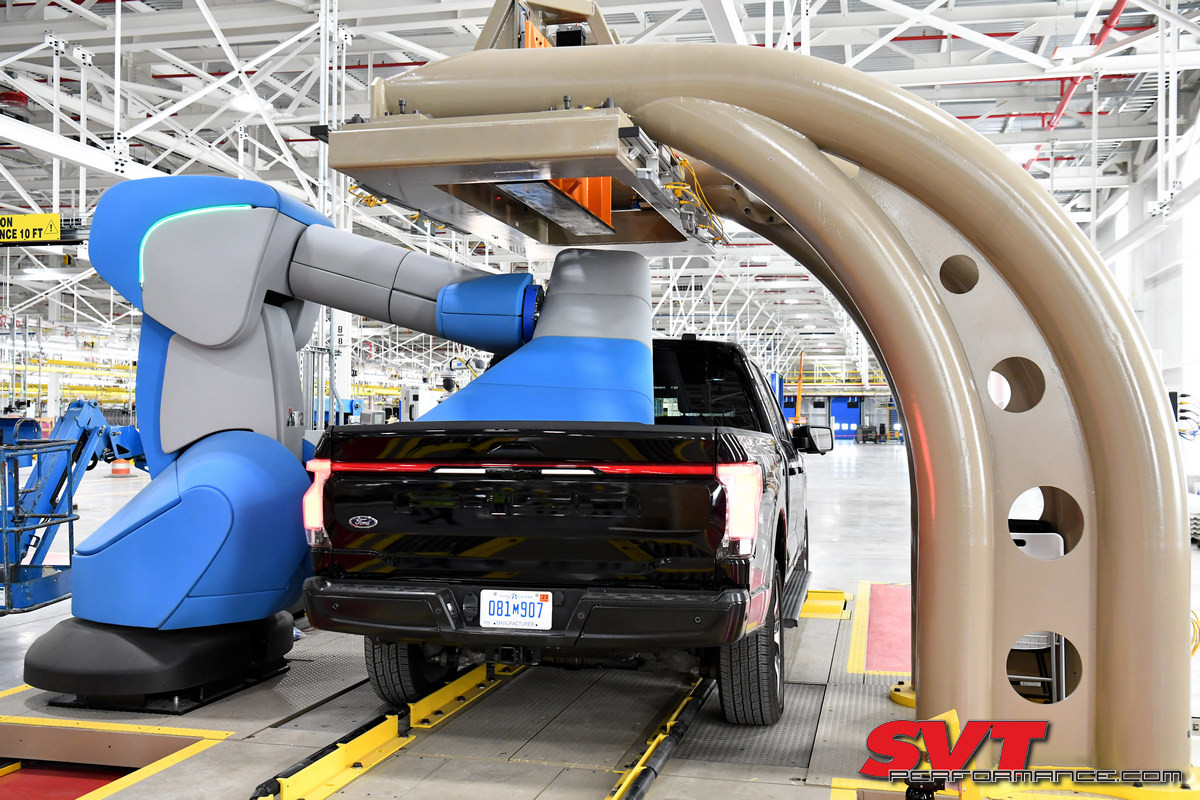 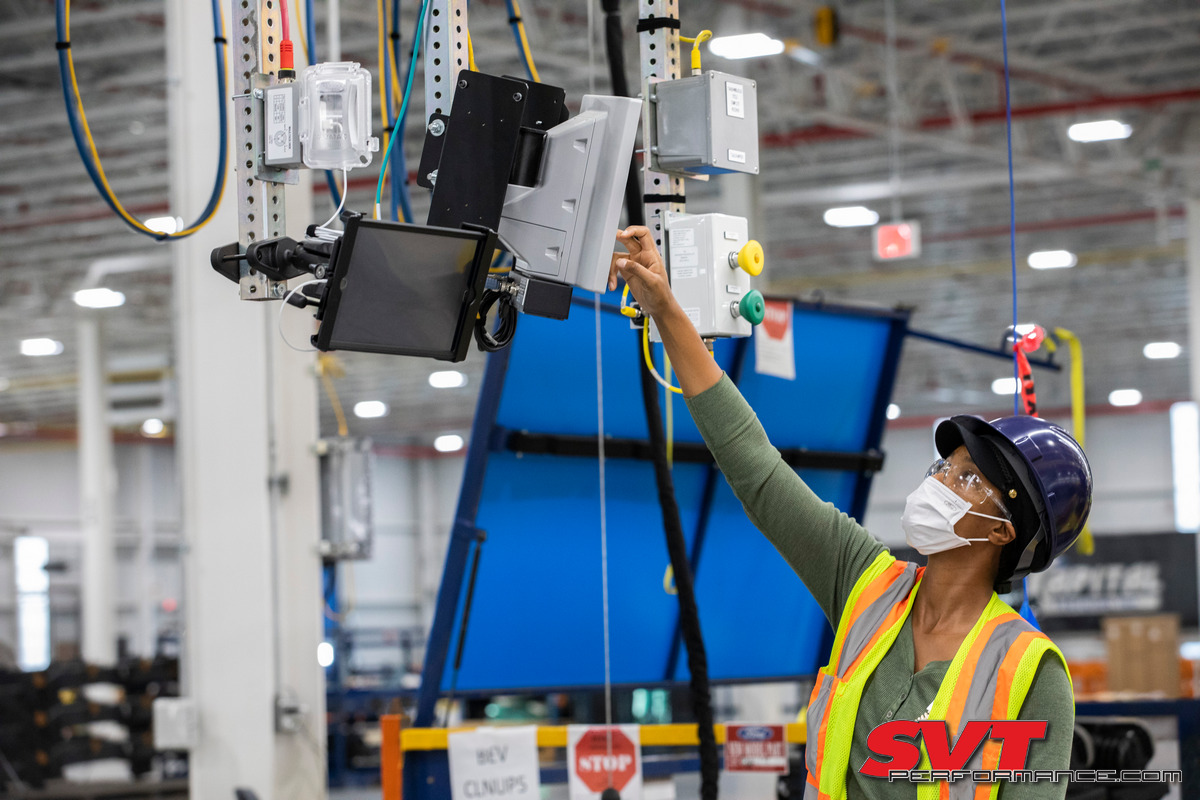 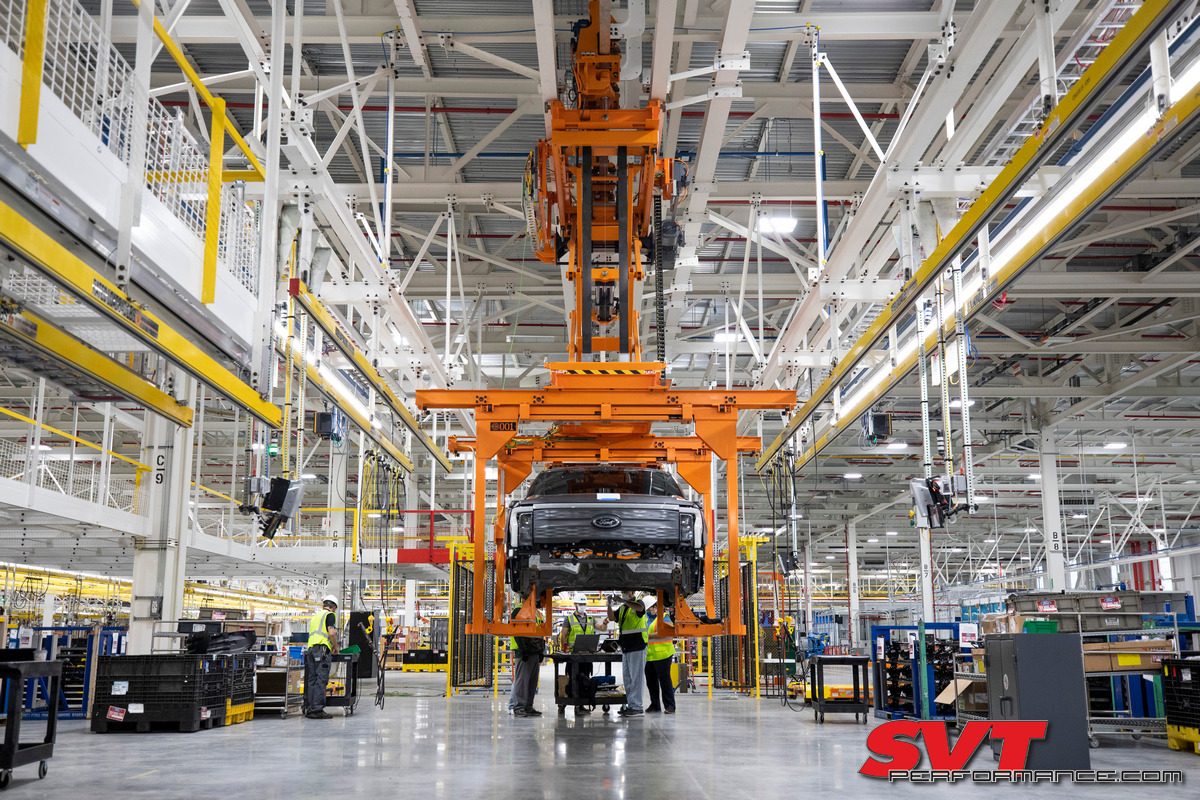 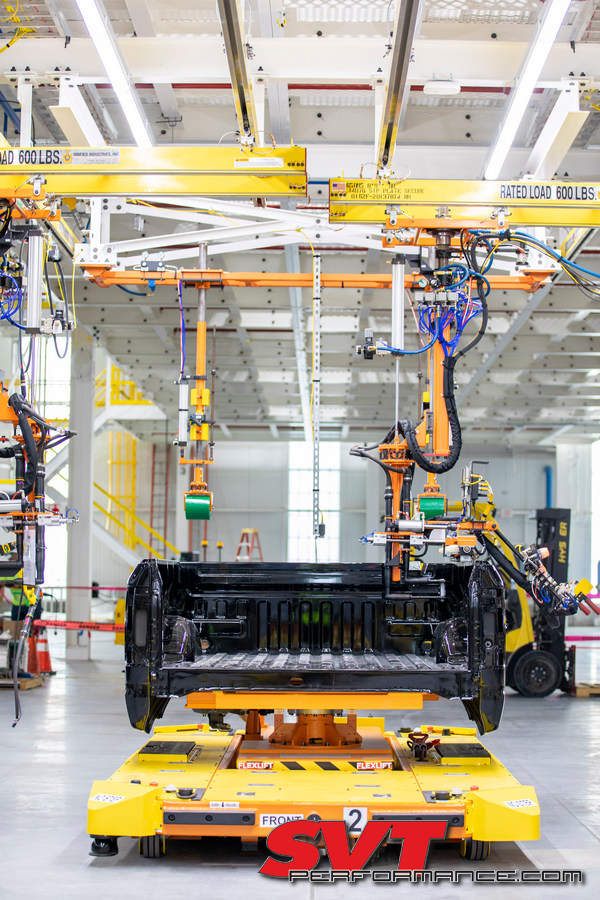 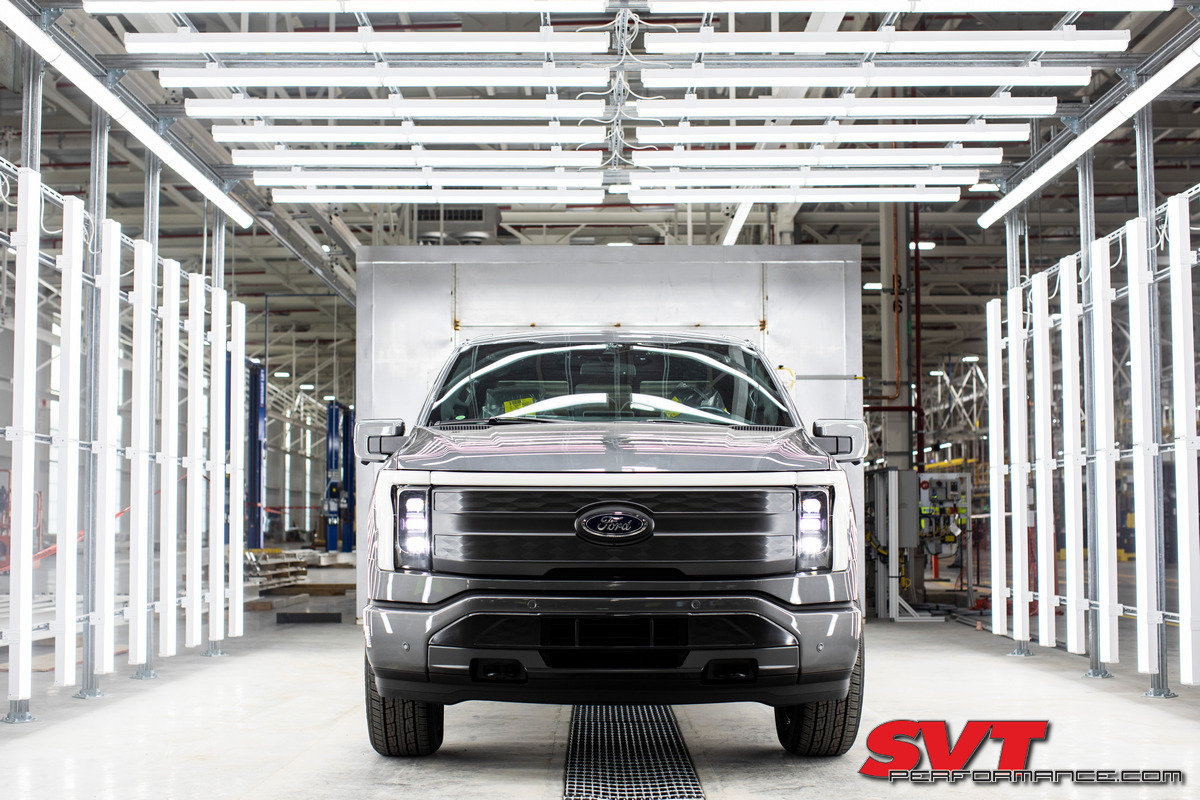 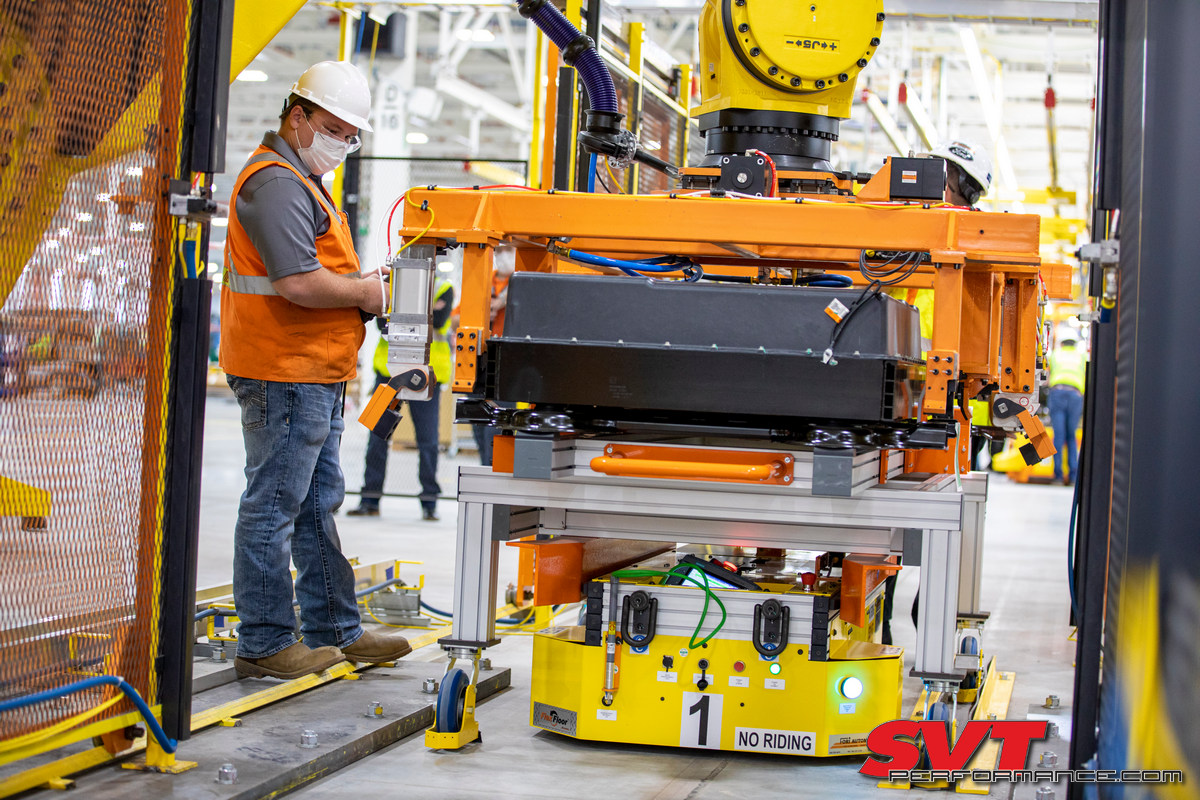 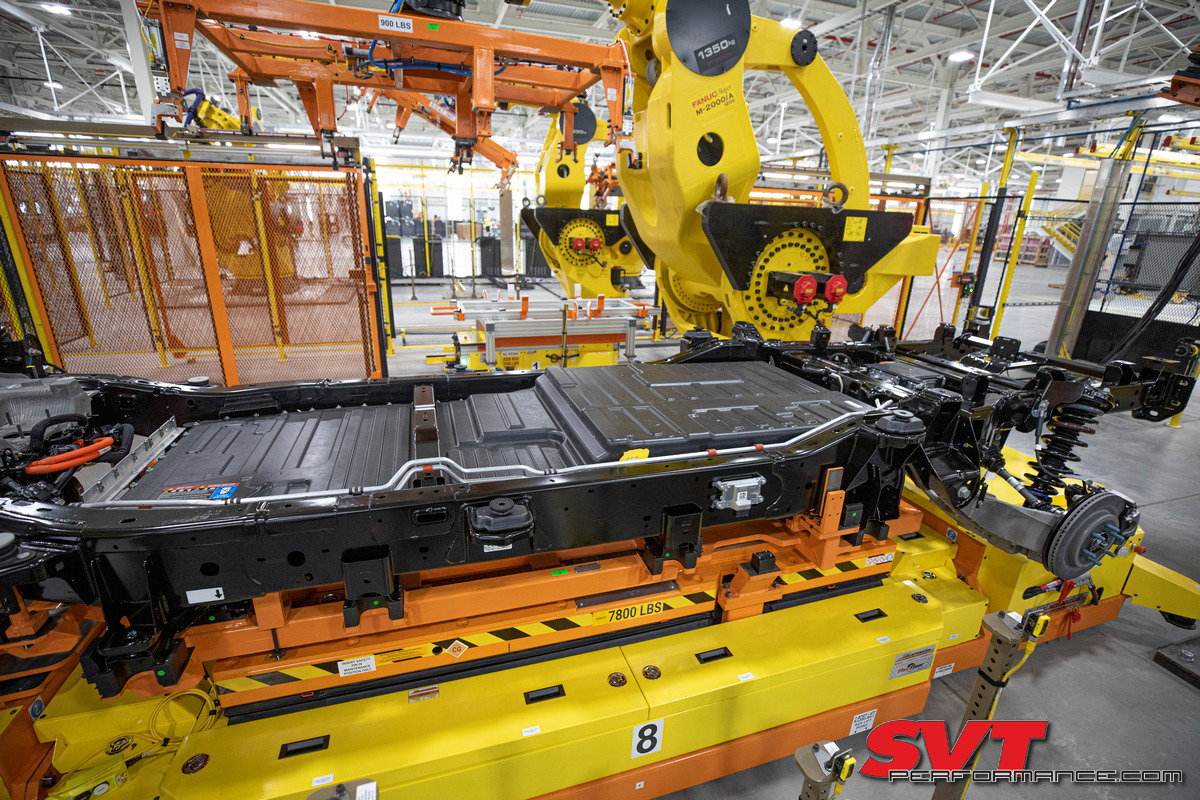 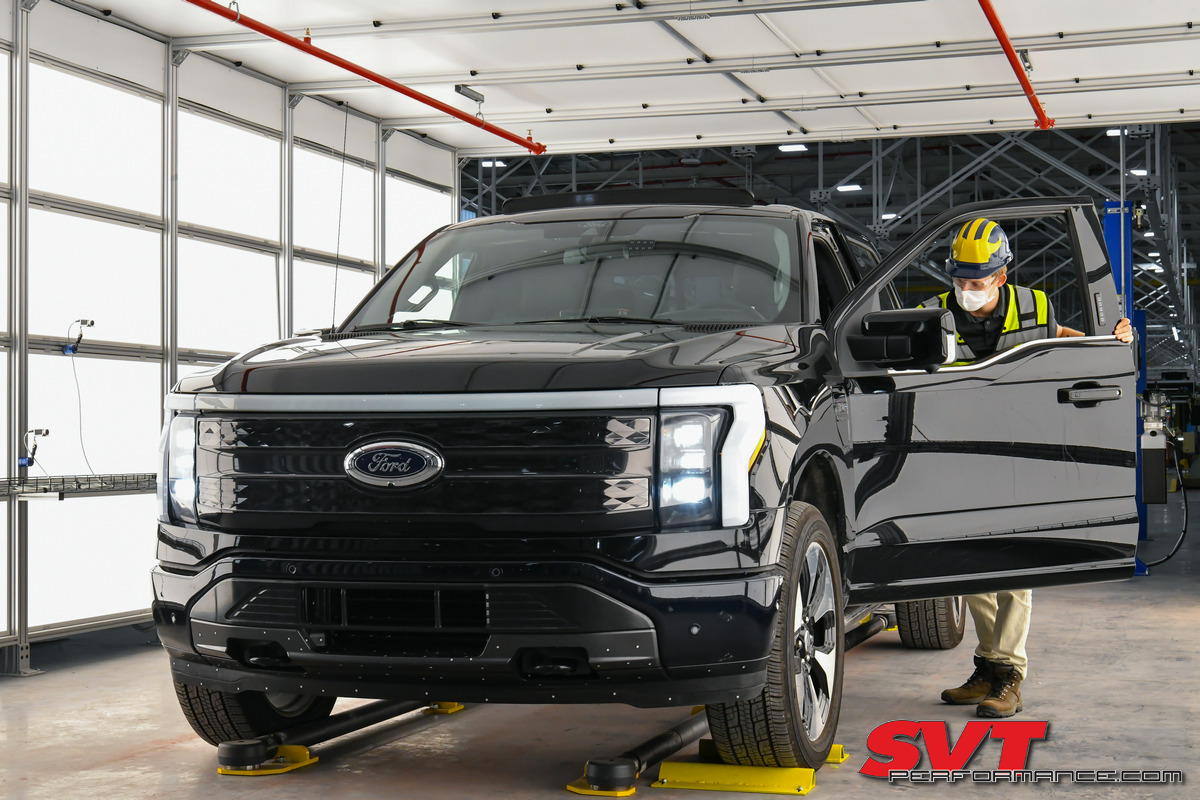 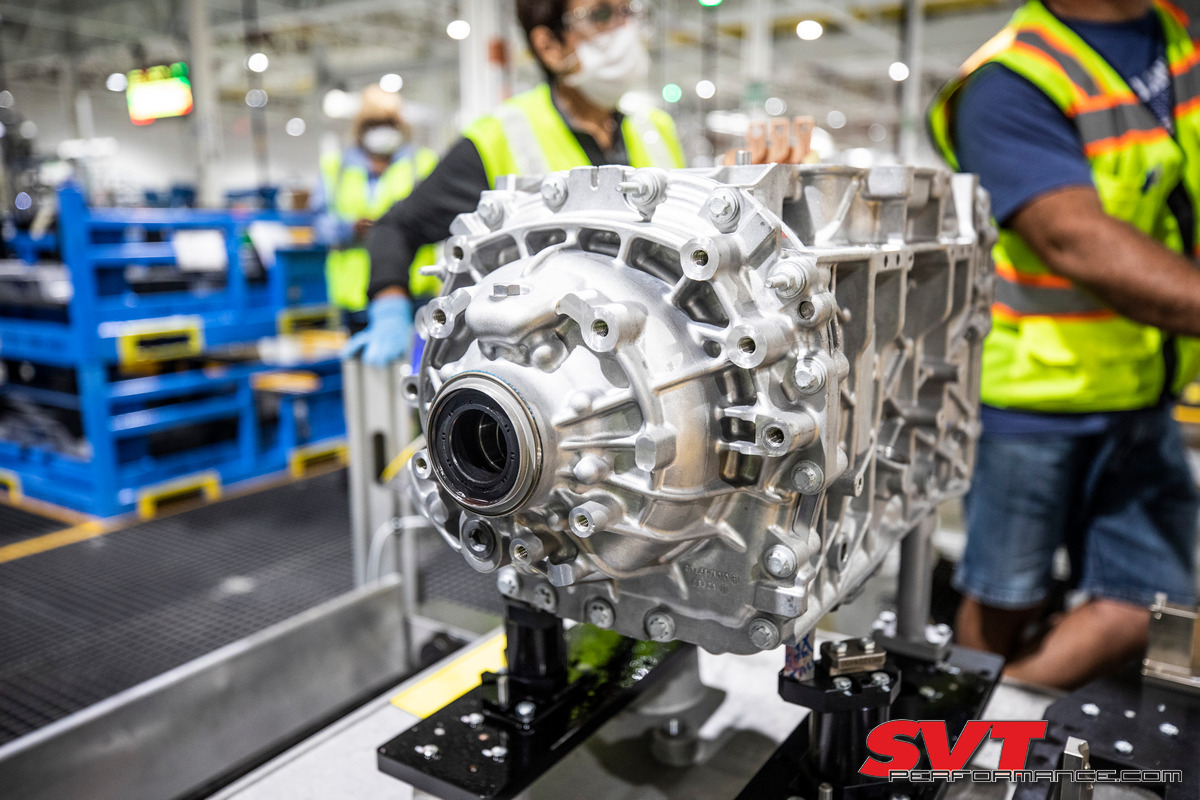 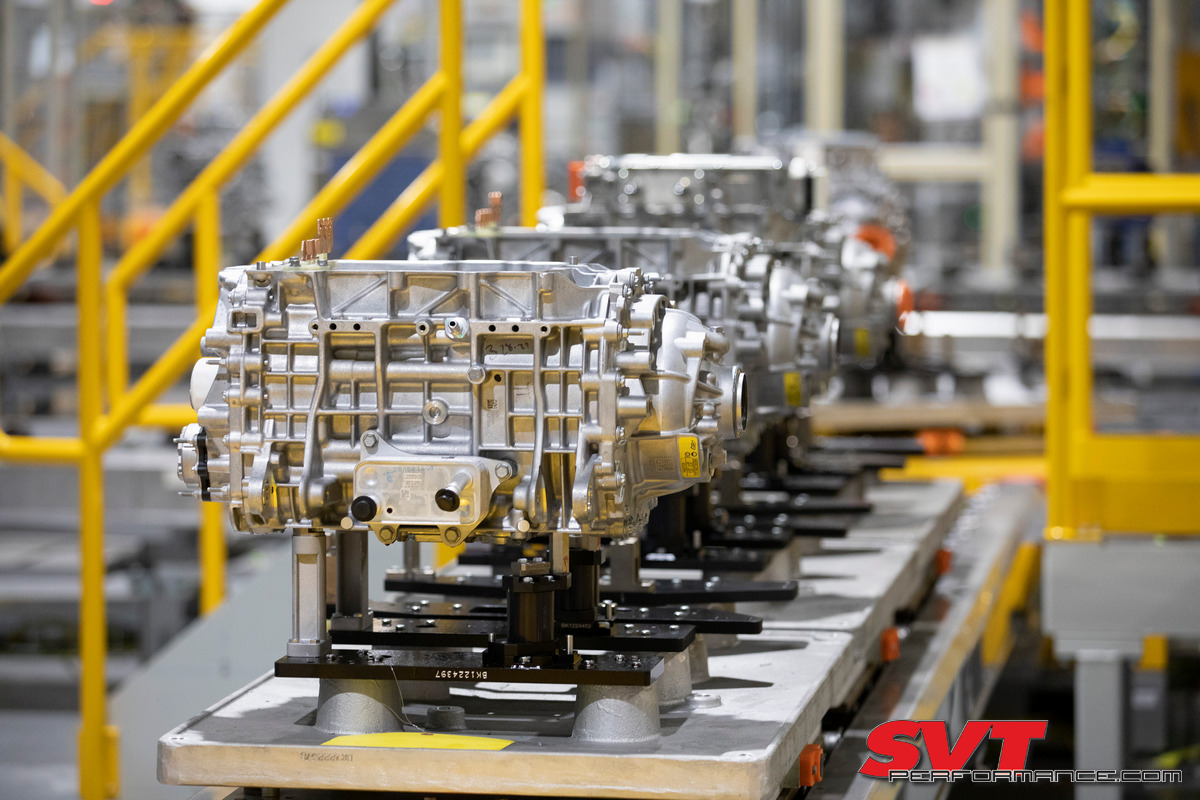 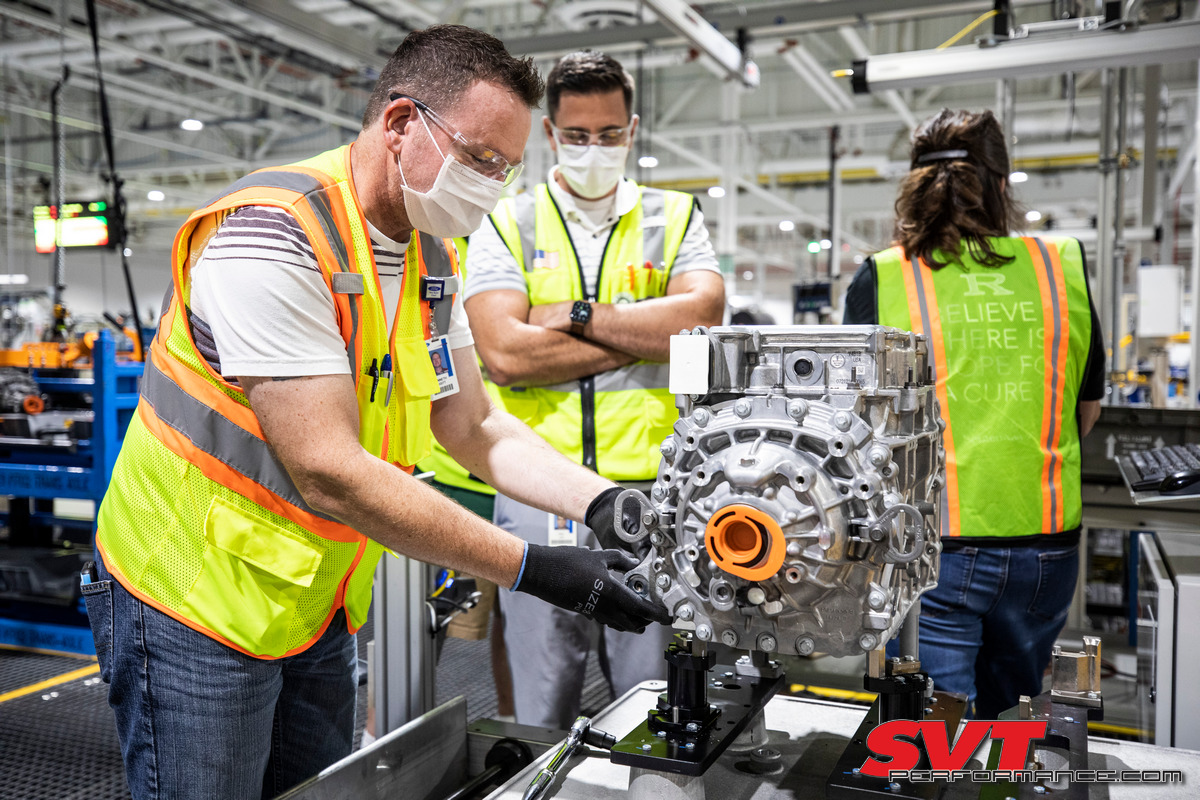 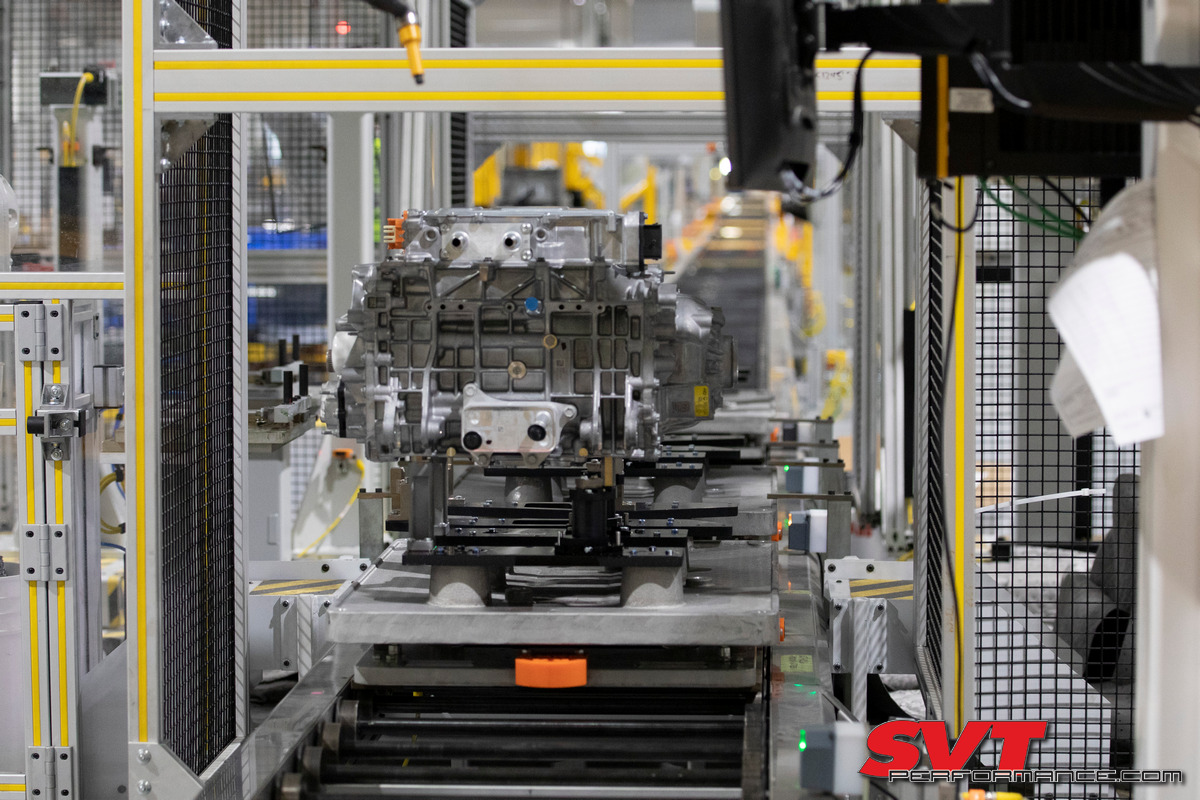 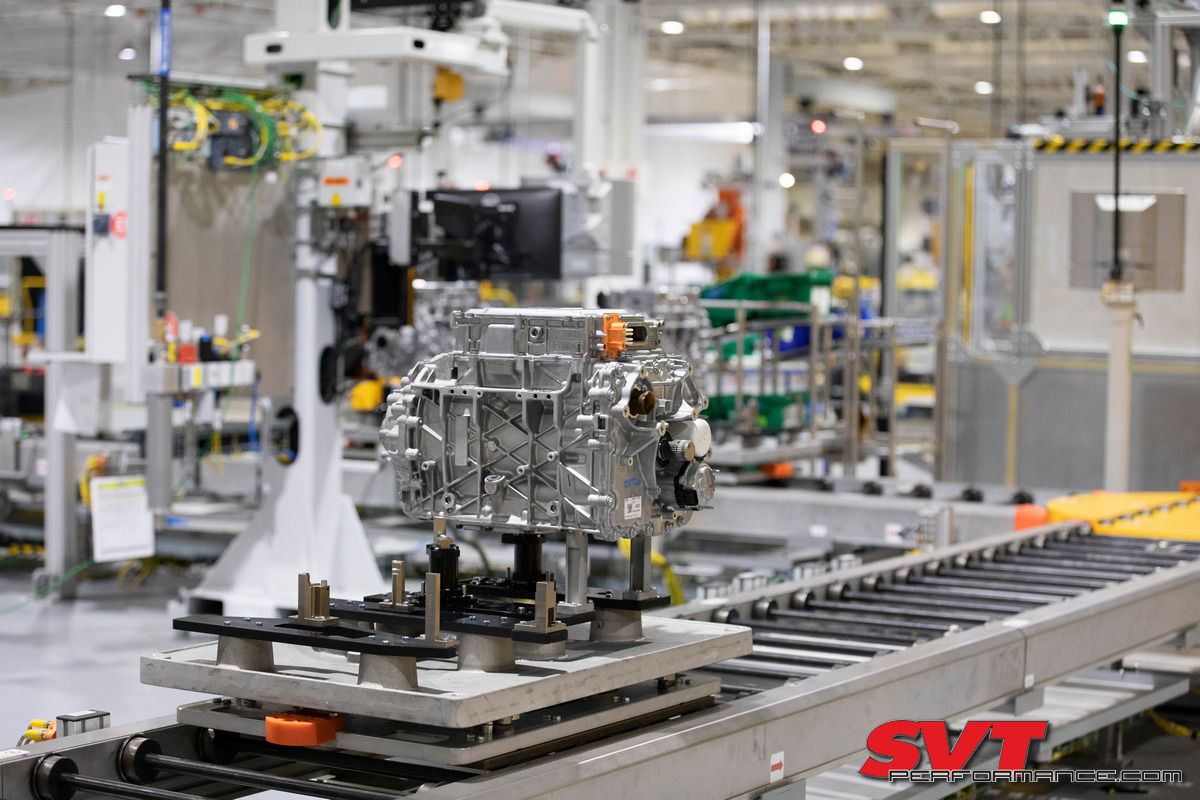 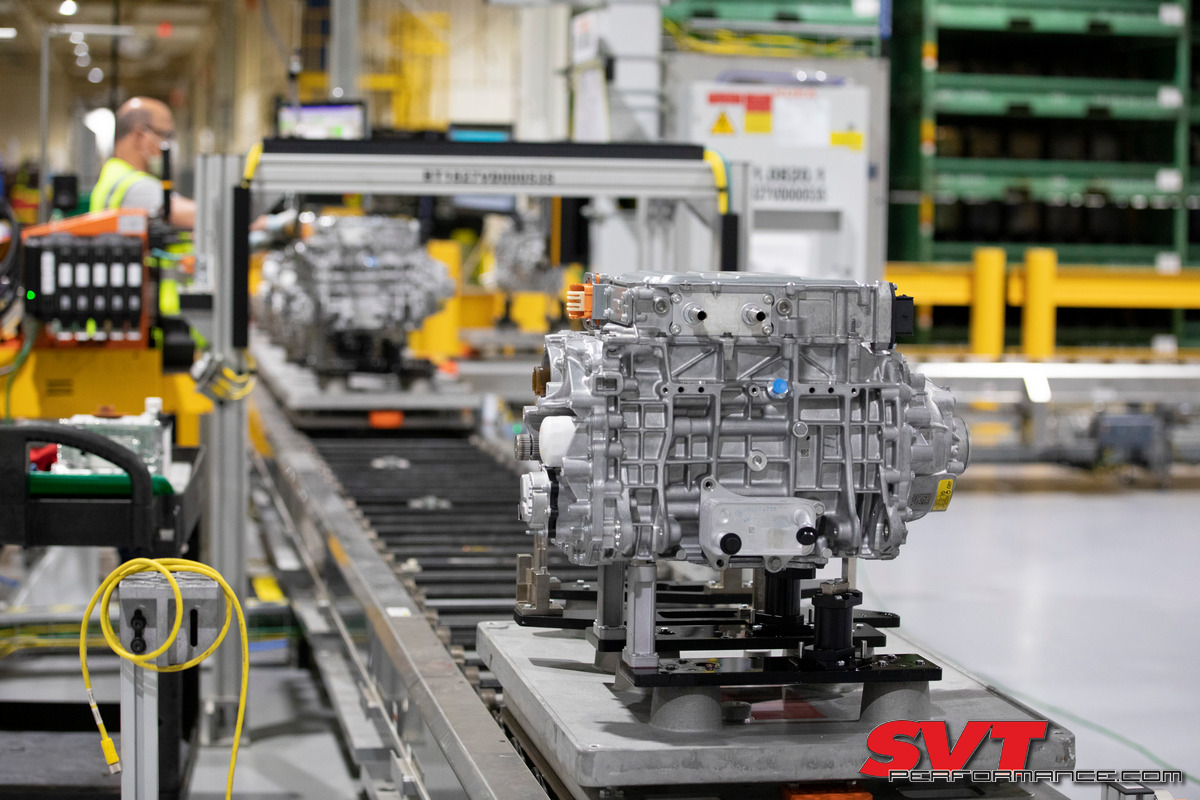 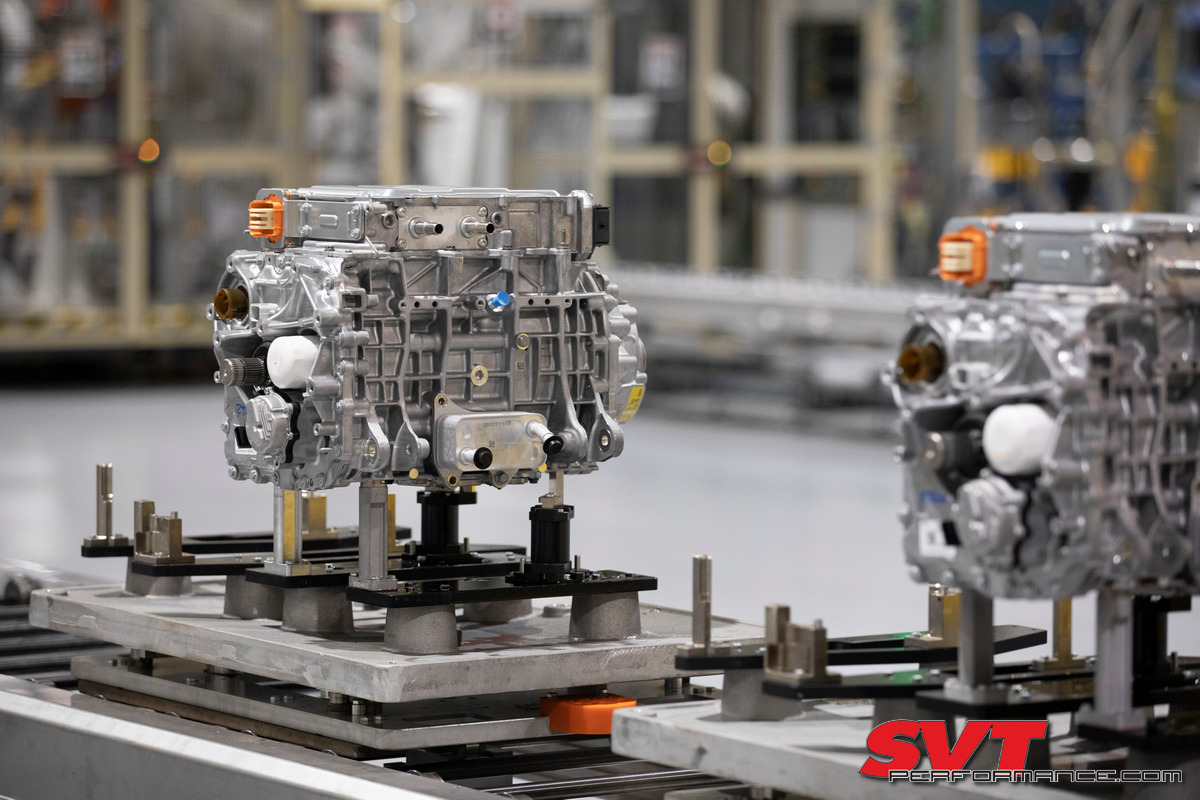 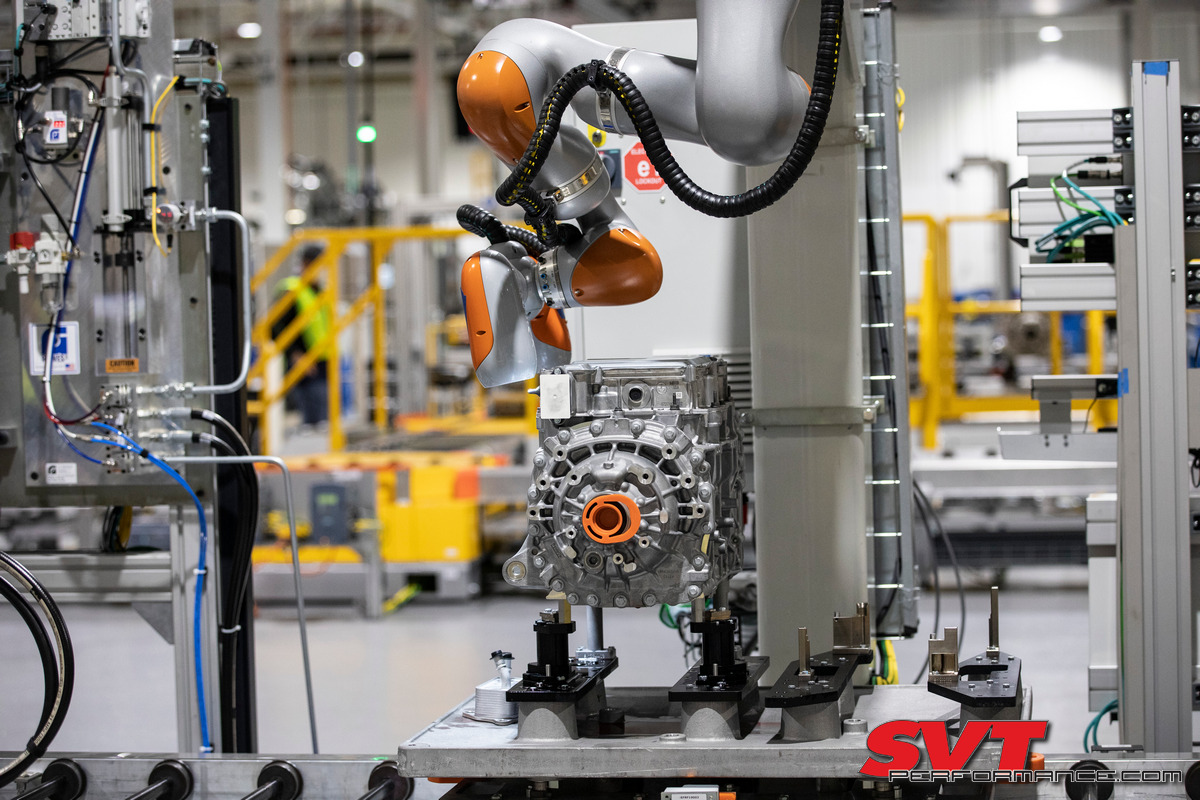 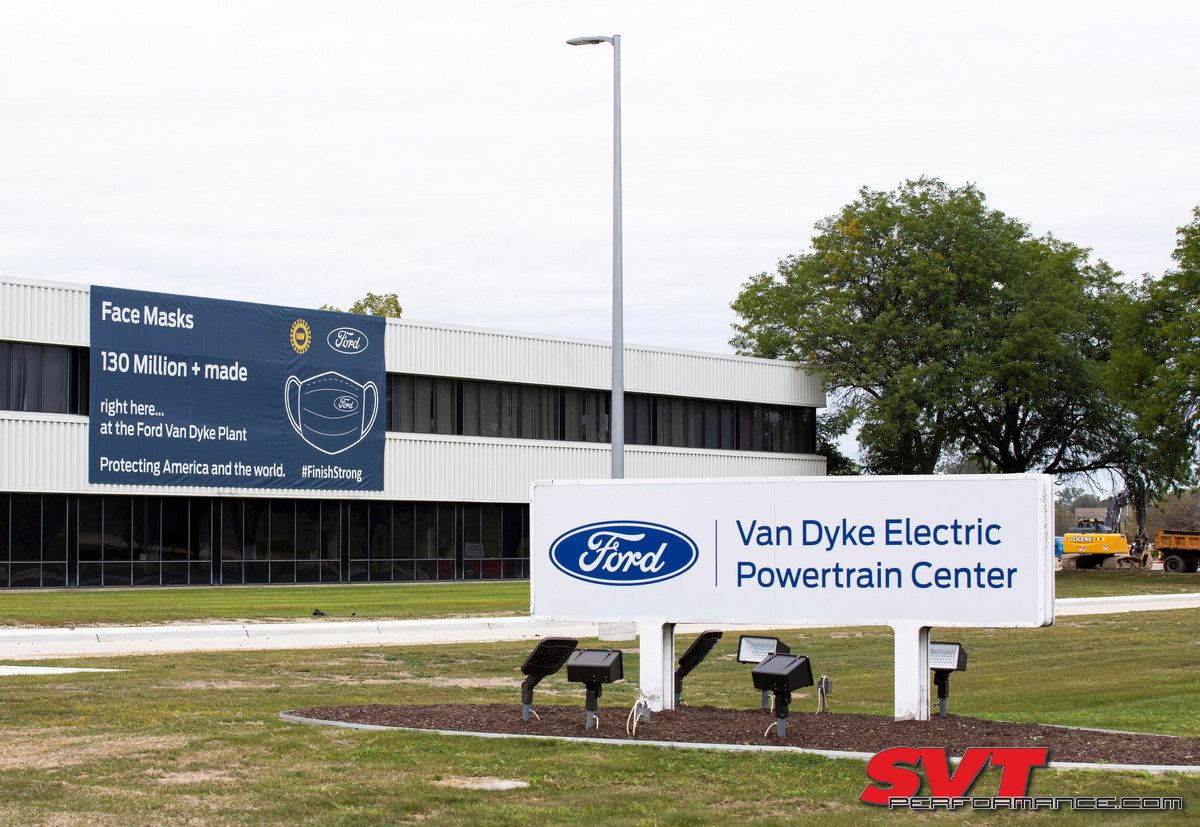 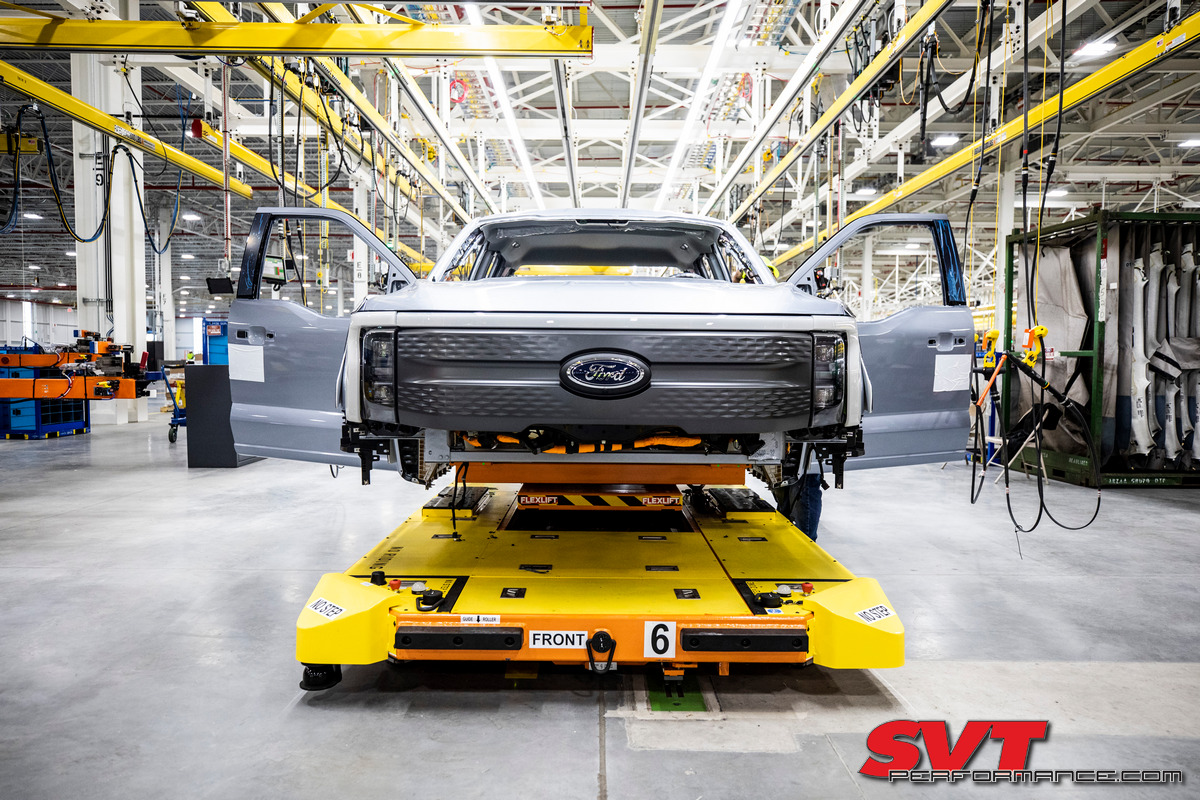 Supposedly initial production was 50,000, I wonder what they'll actually be able to make.

I seen an oil filter on one of the motors.

Of no interest to me, other than for my Ford stock..

It will fill a knitch market, nothing more. IC engines will be around for a long long time. Outside of the USA and a few European countries there is literally zero infrastructure for EV's in the rest of the world. The cost to built the infrastructure to support EV's worldwide would be in the Trillions of dollars.
The EV market is not driven by market forces, but by political whims.

I hope everyone of them blows up. EVs suck.

SID297 said:
I seen an oil filter on one of the motors.
Click to expand...

I bet Ford sells everyone they can build.

SID297 said:
I bet Ford sells everyone they can build.
Click to expand...

I know you’re right. I’m actually interested in one. I drive my 150 22 miles a day. Now my trips to St Augustine maybe different.
S

I could care less (maybe I'm an ignorant old fool, but I don't care about electric cars)

Good for Ford. Maybe they can use the profits to invest in the S650. I mean the S550 has been with us for like 8 years now

Maybe it will become the new Fox platform, be around forever.

SID297 said:
Maybe it will become the new Fox platform, be around forever.
Click to expand...

With the pressure to get new EV's out, you may be right. I would think the EV mustang would be the last one in line just due to volume.

When are they going to open up the order banks? I ready for this truck.

Has anyone figured out what to do with the old batteries yet or are we still kicking that can?

john11gt said:
Has anyone figured out what to do with the old batteries yet or are we still kicking that can?
Click to expand...

There's a handful of companies recycling them.

john11gt said:
Has anyone figured out what to do with the old batteries yet or are we still kicking that can?
Click to expand...

The recycle companies are ramping up.
A

I wonder if this "frees up" some space in Ford's CAFE standards so they can bring us the "big" 6.8L Mustang & F150 rumored around this time last year....?
If thats the case...bring on the EV's, so we can get the good stuff!!