Story was fleeing a hit and run, wrong way on the highway and when exiting missed the on ramp. That’s a 9.5/10 if I’ve ever seen one.

Hahahaha looks like everything turned out just the way it should have.

Another angle. Apparently the driver survived that crash!

Those Duke Boys at it again.

She had good speed but the angle of lift-off was all wrong lol. Just for the record the Dukes of Hazard show destroyed over (300) Chargers and would have to fill the trunks with cement to prevent them from being too front heavy on the jumps.

There were (17) Chargers left at the end of the last season. None were in good condition.

Bubba Watson (Pro Golfer) Bought the last General Lee known to have been on the show (Known as Lee 1) and it was restored. He paid $121k for it at auction and was rumored to take the confederate flag off and put an American flag but I dont believe he ever actually did it and wants to donate to a museum ive heard. 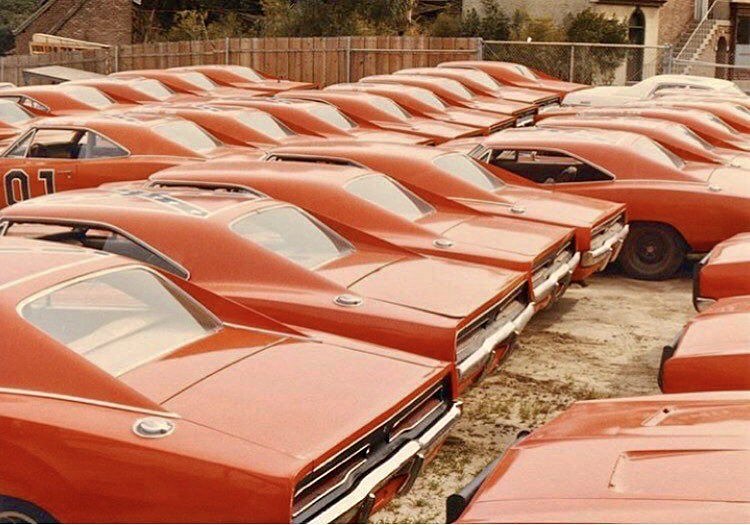 She better play the lottery while she's at it.

Hope she was drunker than Cooter Brown, if you did that sober you need a bicycle for your transportation.

Taking shortcuts a lil too extreme

She was makin her way, the only she knew how.

Yep. She'll be back behind the wheel in no time sharing the roads with the rest of us...

That was a movie type stunt performed by amateurs, wow. Thank god for modern car construction. If this were 1988, dude would not have survived.

Saw that on Fox News this morning but that report didn’t mention she was fleeing a hit-and-run. It flipped three times apparently, until landing on its wheels. She’s lucky to be alive. Karma on this one.

Sent from my iPhone using svtperformance.com

Location
Under the bed

"Nothing makes me question ALL of my life decisions like SVTP."

Posts and likes are not mine.

I am the liquor