Red dots: Isn't the key starting the muzzle low, then bringing it up until the red dot is in the window?

That's the fastest way I can find it. I have two red dots, and it's still a challenge.
Click to expand...

My opinion is most people (the average gun person and below), will be much better served with irons on a self defense scenario. The dot starts to be of high benefit to higher level shooters that put in time with it.

Red Dot can be faster and more accurate than irons, but not with any significant superiority in 99% of self defense encounters. As a contrast, it can then also work against you in a highly stressful situation.

When bad things happen, I believe simplicity is KEY.

I guess it would depend on where you are drawing from. I draw from AIWB. I “pluck”out upwards, midline towards my sternum while simultaneously entering the support hand to lock the pistol in. As I do this, I also press out, while prepping trigger and with the front sight a tiny wee bee high so that when I extend and try to acquire the red dot, the front sight kinda lowers down through the window and dissects the glass, my dot follows / lowers down into plane.

It seems to work for me… my rate is about 90+% of times i present, the dot is there on the window on target… once moving around or in a dynamic situation, failure rate for dot upon presentation, increases exponentially (which is why I do not carry with it).

I‘d say the real key, is having rock solid / consistent presentation…. So much so, that even without sights you can make solid hits on target..

Irons (glock plastics). All 5 on target and about 6” spread: 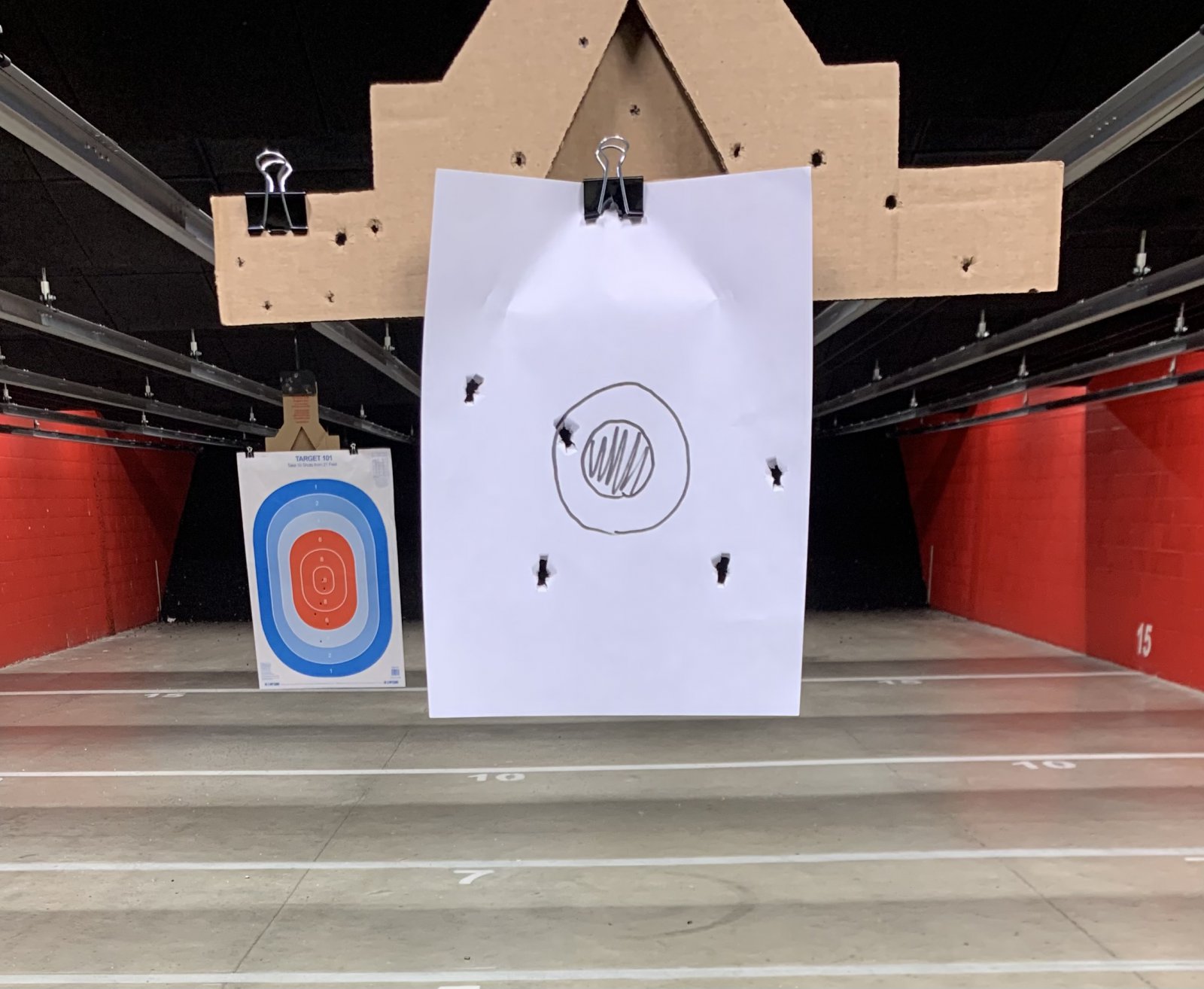 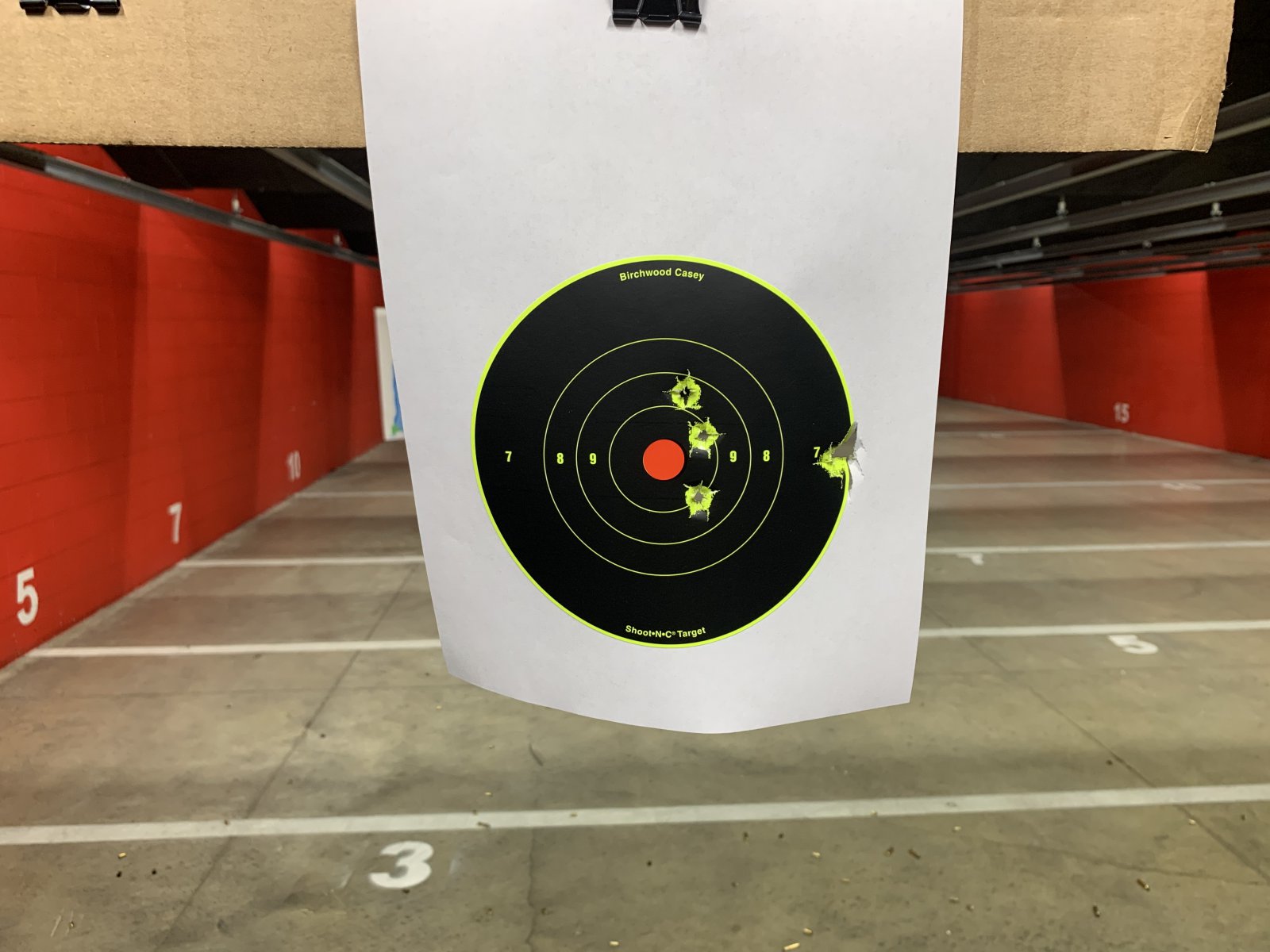 group is better with the dot, but not with any significance in 99% of self defense scenarios… the irons will never fail you. The dot (or dot and irons) just might….

The drawn in target with the 6” group and irons, was in fact at 25 yrds. But the smaller 3” group with red dot and the skick on target was at 15.

Should show him this video:

Took a couple day class with Bob Vogel. Really enjoyed it. Fun to watch in person.

Would love to do the same. Must be a helluva sight.

ZYBORG said:
Would love to do the same. Must be a helluva sight.
Click to expand...

You broke it down perfectly on F150F, but he'll still argue. Don't exhaust too much energy, he'll always be right in his head.

After reading the last two pages, you guys are doing what works for you and not telling others what to do. That's good.

Here is the last video on it, to cement it:

ZYBORG said:
Would love to do the same. Must be a helluva sight.
Click to expand...

After seeing him, I told him that there was one thing he was not going to be able to help me with that weekend.....my confidence and self-worth.

@mysticsvt gotta LOL at the poor mod jumping in…. tries to argue with me and the on the very last sentence agrees with our point “yes, red dots are not for everyone”….

ZYBORG said:
@mysticsvt gotta LOL at the poor mod jumping in…. tries to argue with me and the on the very last sentence agrees with our point “yes, red dots are not for everyone”….
Click to expand...

I just made my last comment, it's exhausting. Yeah I noticed earlier he miss understood your comment wasn't to him. That dude will die on that hill, I've got better things to do.

mysticsvt said:
I just made my last comment, it's exhausting. Yeah I noticed earlier he miss understood your comment wasn't to him. That dude will die on that hill, I've got better things to do.
Click to expand...

9397SVTs said:
Irons on the pistols and red dots on the carbines for me.
Click to expand...

what about HD shotgun?

Never had an issue with them. They were extremely accurate for me and super easy to acquire.

I actually just got rid of my last two sets of plastics… Only reason I did it was for the “cool / looks” factor…. I just ****ing caved in… lol

Id like to see someone self defend with a pineapple pizza…. think I would pay to PPV that

Klaus said:
what about HD shotgun?
Click to expand... 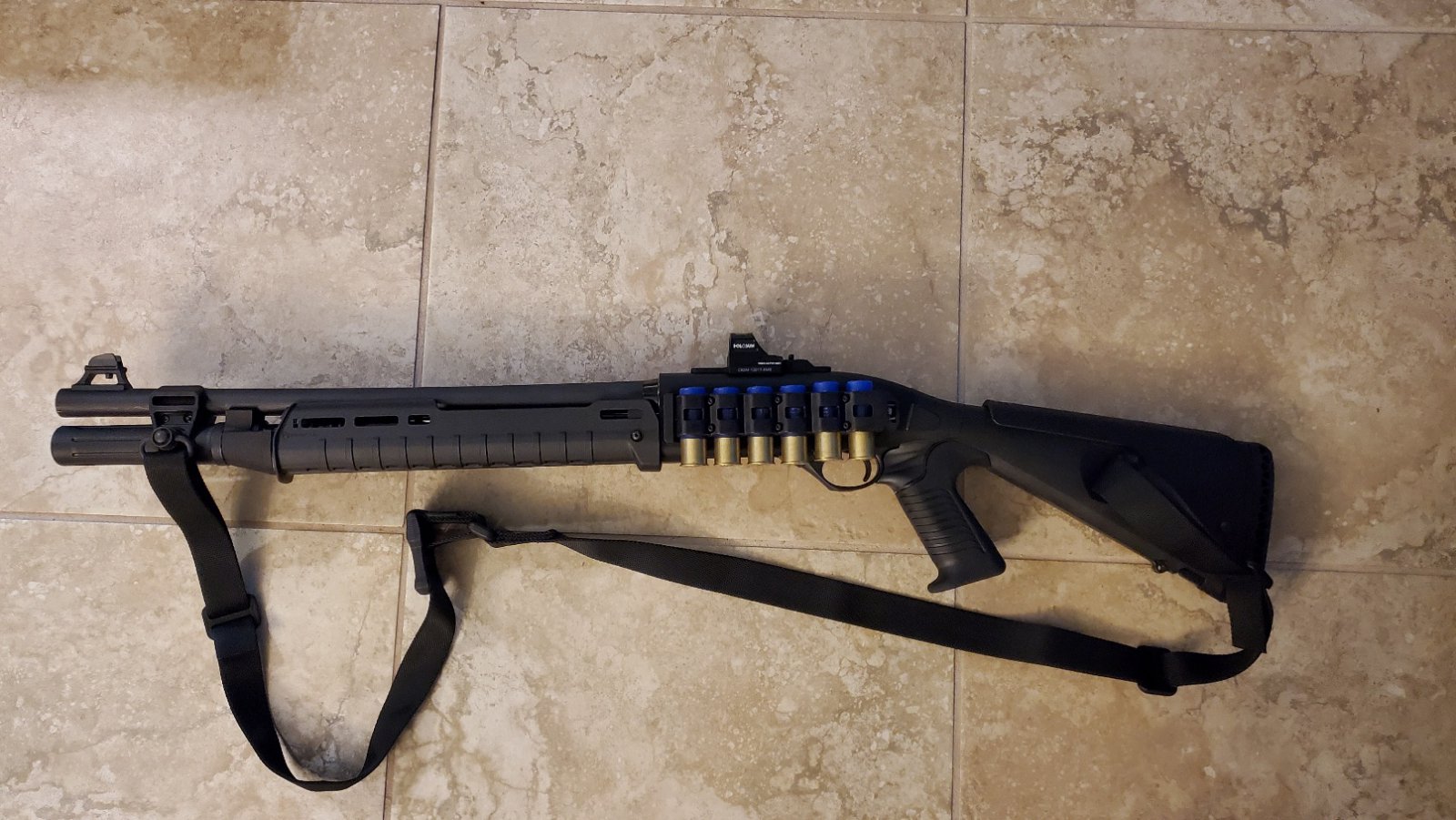 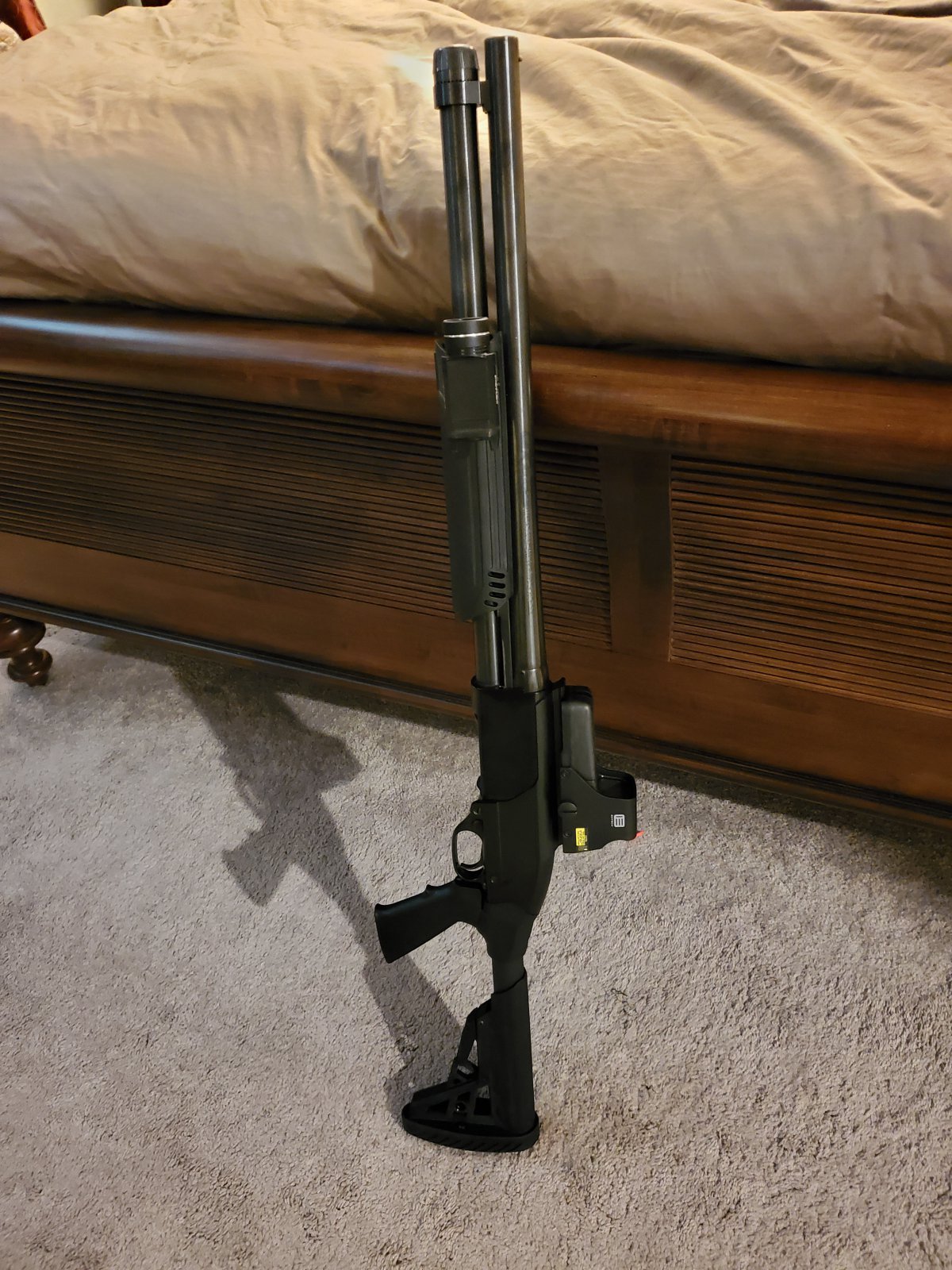 and one with out. 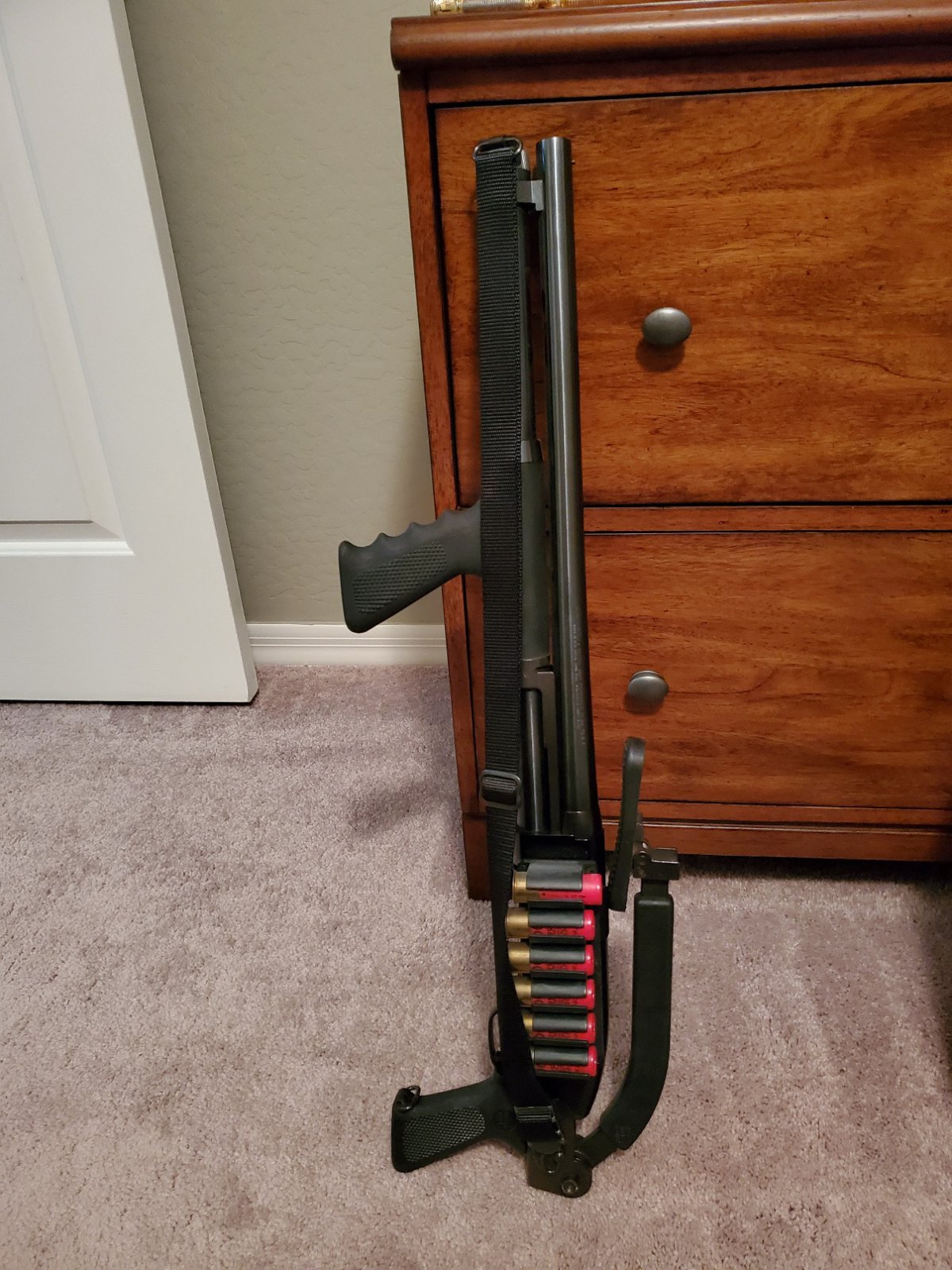 ZYBORG said:
Id like to see someone self defend with a pineapple pizza…. think I would pay to PPV that

Pineapple is fine, but there are lunatics putting broccoli and all kinds of nasty stuff on pizza, so I guess the line has to be drawn somewhere.

Klaus said:
what about HD shotgun?
Click to expand...

Shotguns in general for home defense, that's a strong no for me. But I do have a red dot on my SBS only because the piece of crap requires a 6 o'clock hold (and i prefer center). If I was to entertain the idea of a red dot for defensive use on my shotgun, id need to see what I am capable of with it. Speaking of shotguns, whoever advertises all the fancy shells is a genius. What a bunch of crap.

If for some reason I have to grab a long gun while at home, then I'm leaning strongly toward my mak90.

To me the red dot on a handgun is a novelty. Mine is a Walther PDP with the Trijicon RMR and it's a pretty cool setup. But it won't be one of my carry self defence weapons, I feel it would complicate the situation for me in a real life scenario. Maybe a bedside gun because of the low to no light but for now it sits in the safe until I go to the range.