I lost my mom, she was just 58 and my only parent.

I've been dealing with this for about two weeks now, lost her early Tuesday morning on the 23rd. It was not expected at all. She had been having trouble keeping food down since November and the Dr's took their sweet time sending her to a specialist. They ran a scope though her GI tract in early Feb. everything looked fine (there was some diverticulitis which is normal).
This was her 3rd time in the hospital in as many weeks because she'd get dehydrated and her potassium and sodium levels would drop. Took her in on Friday and by sunday she was wanting a razor and pj's. Something happened monday morning, she ended up falling and was moved to ICU. Her blood pressure dropped and they administered meds to get her pressure back up. I got there a bit after 4 and now her Potassium and other electrolytes are way too high and they are looking at doing emergency dialysis, just before they started her levels started coming down as the got a central line in her and her kidneys started filtering. between each step I'm signing forms like i'm applying for top secret security clearance. The ICU nurse noticed that her breathing was getting shallow and she had to be intubated. At the same time she noticed her abdomen was becoming descended and there was a lot of crap getting sucked from her. They decided that they needed to do emergency exploratory surgery at 2 am. They suspected a blockage or some small problem. The Surgeon came out to me at ~3am and said her "entire" bowel was dead, there was nothing they could do.
They took her back to her icu room and I remember her telling me I don't ever want to be hooked up to machines. So I asked that they remove it.
My little sister lives in Denver, I called her told her to talk to mom (even though she wasn't responsive) and I sat next to my mom, the lady who raised two kids on her own and was the toughest person I know, and spent the next 40 -60 minutes telling her it was ok. It was time for her to go, anything I could tell her to put her soul at ease.
I kept it up until she slipped away around 5:30 tues morning. I stayed with her for over an hour so friends and family that had showed up could get their peace because as soon as I left they wouldn't allow anyone else to see her. I had to name a funeral home before I could leave as well. As the sun started to rise tuesday morning I left, went home and showered and tried to sleep.
I've made it through the funeral a week ago sat, and I got her ashes Friday evening. She was so claustrophobic she did not want to be in a box. I'm still not sleeping and unfortunately she did not have a will so I am having to go through all sorts of legal hoops trying to settle her estate, hoping that I'll be able to keep the house and take care of her 2 little dogs that were so loyal. You just never expect to lose your only parent at 32, and we were very close, we even worked at the same company.
Just make sure to tell the ones that are special to you that you love them every chance you get. And make sure your affairs are in order for your loved ones, god forbid. 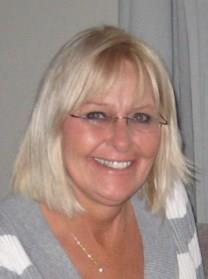 What a terrible story. Condolences.

Sorry for your loss OP at least she isn't in pain anymore. Still too young prayers sent.

Very sorry to hear that, my condolences. I lost my dad 2 years ago (3/23/14, the day before my birthday) and I was in the room when he left us. Heartbreaking for sure. Just know she's in a better place.

Sorry to hear. I myself lost my Mom years ago, so I kind of know how you feel. The difference is my Moms was coming for years due to illness where as yours was unexpected. I'm sure that was a real shock.

Gaw do Dates suck when it comes to loss... I lost my grandma 2-22-15 (the day after her 78th birthday) now mom just 1 year and 1 day later. I have lots of "extended" family but for most of my life my close family was mom, grandma, and my sister. I have no close family or friends left here anymore. I guess I made the mistake of living to work. Thankfully my sister has started a family and my mom got to enjoy her two grandsons for almost 4 years, just sucked they live 8 hrs away.

Sinister04L said:
Very sorry to hear that, my condolences. I lost my dad 2 years ago (3/23/14, the day before my birthday) and I was in the room when he left us. Heartbreaking for sure. Just know she's in a better place.
Click to expand...

Like I said dates suck... I'm so sorry about your father. As odd as it sounds I think in the long run being with her when she left will help me, hopefully the same is true for you. She was the strongest person I've ever known, to see her fall has rocked me to the core.
Last edited: Mar 7, 2016

Sorry for your loss OP
W

I'm very sorry for your loss man, I couldn't imagine what you are going through right now.

I am very sorry for your loss and to hear what you two had to go through. If it helps, not many people get to pass with their son at their side talking them through the last moments of their life...we would all be so lucky. I can guarantee she was very proud of you for how strong you were. Keep your head high man. There is always light at the end of the tunnel.

I am the Red Cyclone

i am so sorry to hear about this. letting go is extremely hard. God bless.

I'm so sorry about this. May she rest in peace.

Very sorry to hear about your loss. I couldnt imagine what you went thru

So sorry to hear OP, my condolences
R

Sorry to hear this. My wife's cousin just died of cancer (44) and we went to the funeral, he left 7 kids behind. A month prior his dad passed away.. Keep your head up, God will provide my friend..

Sorry for your loss. I feel your pain. My mom died from Liver cancer when I was only 23.

No words, except my condolences and my sincere sympathy.

Both mine have passed, it sucks.