This thing is sick.

Everything they've ever made is just ****ing bonkers. Plus it's just made that much better because he's so passionate about it. The friendly Dr. Evil of speed.

The transmission tech blows me away! What an awesome exotic.

The acceleration and sound from the engine is SICK! 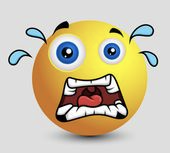 So glad his passion turned out to be automotive, he would have succeeded at anything he got himself into. Amazing person right there!
M

You have to love how passionate he is about his product and it comes through every time you see home discuss them. The industry and world in general need more people like him.

Yea, but does it have Apple CarPlay? Cause if not, not interested.....

GNBRETT said:
Yea, but does it have Apple CarPlay? Cause if not, not interested.....
Click to expand...

He said it does in the video.

Guys like him, and Mate Rimac, are doing big things over there in Europe.
I love that Koenigsegg looks at almost every aspect of a car and says why?...then says, we can do it better.

I love Koenigsegg! The Gemera is insane too. So happy they were finally able to put FreeValve into an engine, and a bonkers engine too

I could have done WITHOUT the stupid music while he was driving...LET ME HEAR THE CAR!

That transmission technology is truly insane. Amazing piece of machinery.

FreeValve should make it's way into everyday cars, but I don't think it will due to the bonkers electrification that is rampant in the industry.

Shifty Powers said:
I love Koenigsegg! The Gemera is insane too. So happy they were finally able to put FreeValve into an engine, and a bonkers engine too
Click to expand...

Squeezed out with help from the svtperformance.com mobile app

Wonder if anyone here will be getting one? LOL

Christian is like a mad scientist, who loves cars. I met a Koenigsegg tech at an event and was listening to him talk about the Agera RS. He said something like, "In first gear, it's stupid fast. In second gear, people who own twin turbo lamborghinis admit this is the fastest car they've been in. In third gear, you're just left speechless, as you didn't expect 3rd to pull harder than 1st and 2nd, but then 4th gear also pulls as hard as 3rd and now you're just confused/scared."

And all that with a modified 4V FTW

His first cars were based on the 4.6 4V, then started using Coyote based engines. Are they still insanely modded Coyotes?

His cars are like Viagra on Viagra and Steroids.