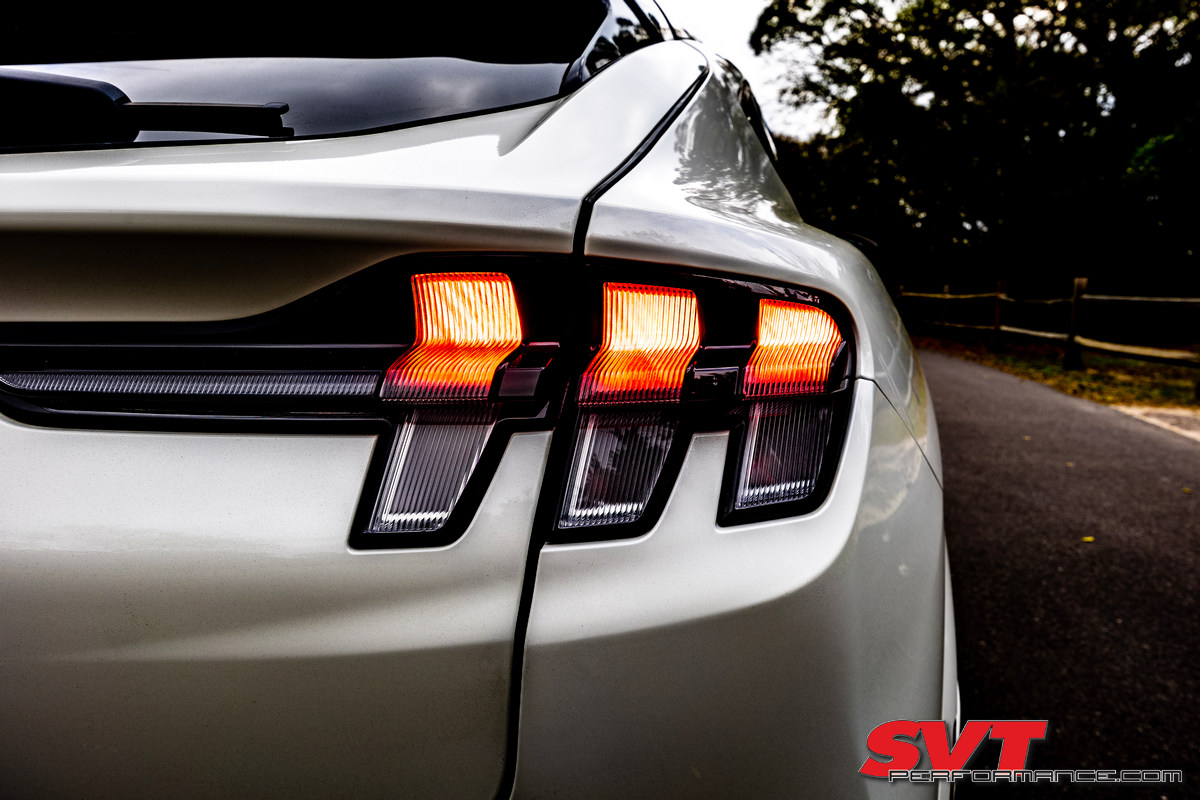 I’ve been waiting for this one. Several months back I got the chance to test out pre-production Mach-E First Edition. I found it impressive, but not something that I found terribly exciting. However, the 2021 Mach-E GT (outfitted with the optional Performance Package) is a different kind of animal. Everything that I liked about the standard Mach-E was there, but the performance edge of the GT has been sharpened significantly. If this car is a hint of future EV performance from Ford, ICE purists might want to take notice. 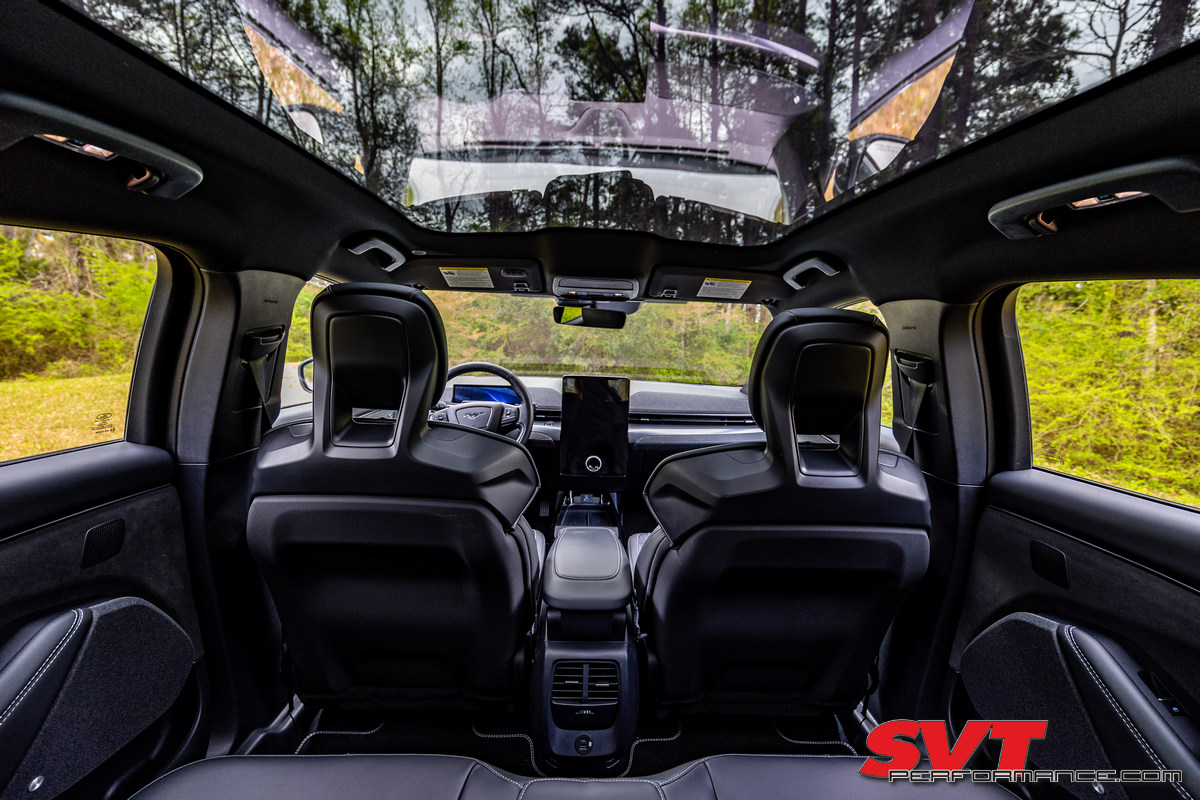 No matter your feelings about EVs, this is a nice interior.​
On the surface the Mach-E is the best car Ford produces, and this GT is a fine example of that. The interior material choices are excellent, and the exterior panel gaps are perfect. If only the S550 Mustang had been launched with this much attention given to initial perceived quality. On the road there’s not a squeak or rattle to be found. You can tell that Ford put their best engineers on the parts of the car that will have the most significant interaction with the customer. All the touch surfaces are soft, and nearly everything else looks like a quality piece. The one exception to that theme that stood out to me was the visors. They are hard plastic pieces that look like they were nicked from the base model Fiesta parts bin. A dollar or two worth of fabric would go a long way there. Beyond that, the Mach-E is one of the nicest Fords you will pilot.


It may be a long watch, but our full video review sheds light on a lot of interesting details.
​
The big story here is the improved drivability that comes along with the GT Model and the Performance Package. I’ll spoil the lead, if you’re on SVTP this is probably the only configuration of Mach-E you should consider. The mere existence of this combination of options instantly places a defacto set of illusory V6 badges on the standard Mach-E. The new order is the same as the old. So what do you get when you check off the GT and Performance Pack boxes?

For starters, the Mach-E GT comes with standard AWD and 480HP & 600 lb-ft of torque (638 lb-ft with the PP). That’ll get you moving. To keep you rolling down the road you get the larger 91KWh battery pack. That equates to a theoretical range of 260 miles. In practice, I saw closer to 250 miles of range and due to the lack of charging stations in my area I started serious searching for a plug at about 70 miles to empty (or in this case, dead). I guess range anxiety is a real thing as I caught myself monitoring the range remaining readout on the dash far more than I would a fuel gauge. This was compounded by the fact that the closest fast charger to the SVTP HQ was about 75 miles away. I suppose that would subside with more time behind the wheel and more familiarity with the local charging infrastructure (which is expanding at an impressive pace). 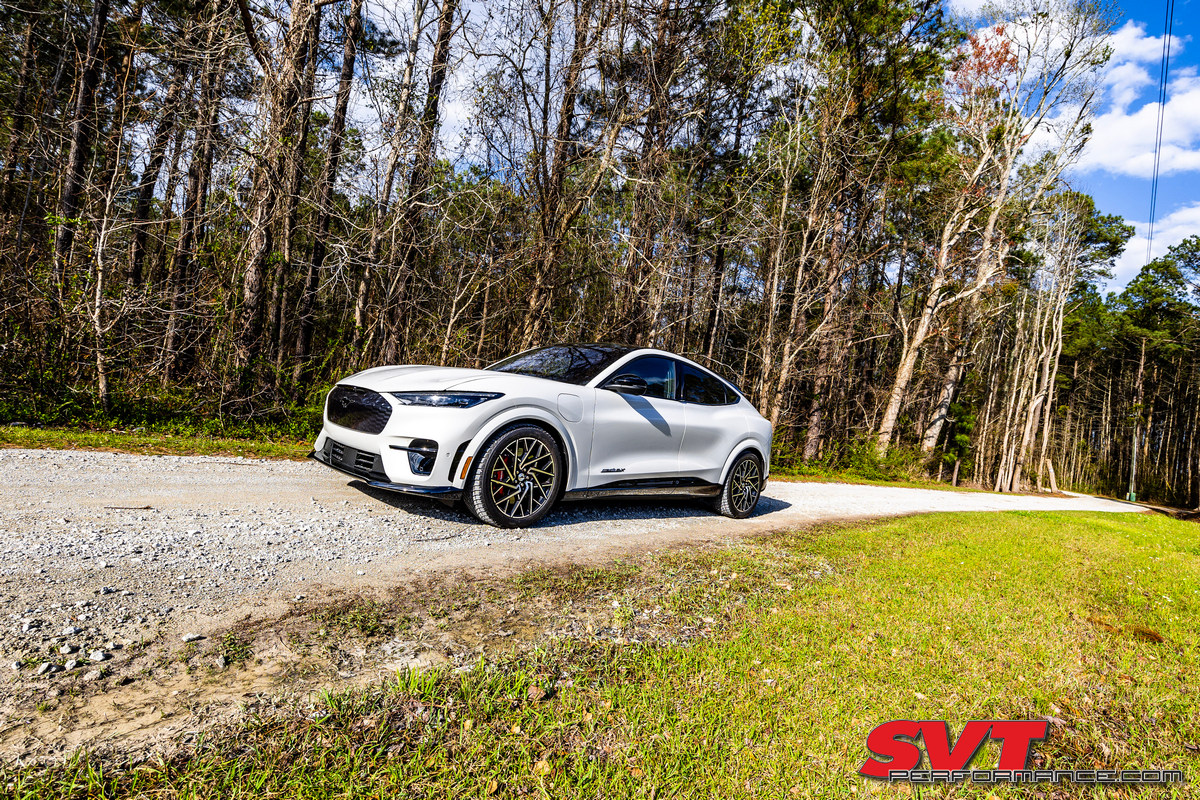 There's a lot of visual trickery in this styling, but it's not a bad looking SUV.​

Once you get the Mach-E GT out on the road you’ll quickly find why EVs can actually be fun cars. The hole shot on this thing is nearly ridiculous. According to Ford she can rip off a 0-60MPH run in 3.5 seconds, and I believe it. At anything less than 20MPH the GT will spin all four wheels, but the traction control quickly plots a solution to put the spooled-diesel-like torque to the pavement. This car is capable delivering a serious surprise to passengers and innocent bystanders. Leaning on the skinny pedal quickly becomes addicting, often to the detriment of your range. This car really makes me think about the future of performance tuning and just how much more performance could be unleashed, but more on that later. 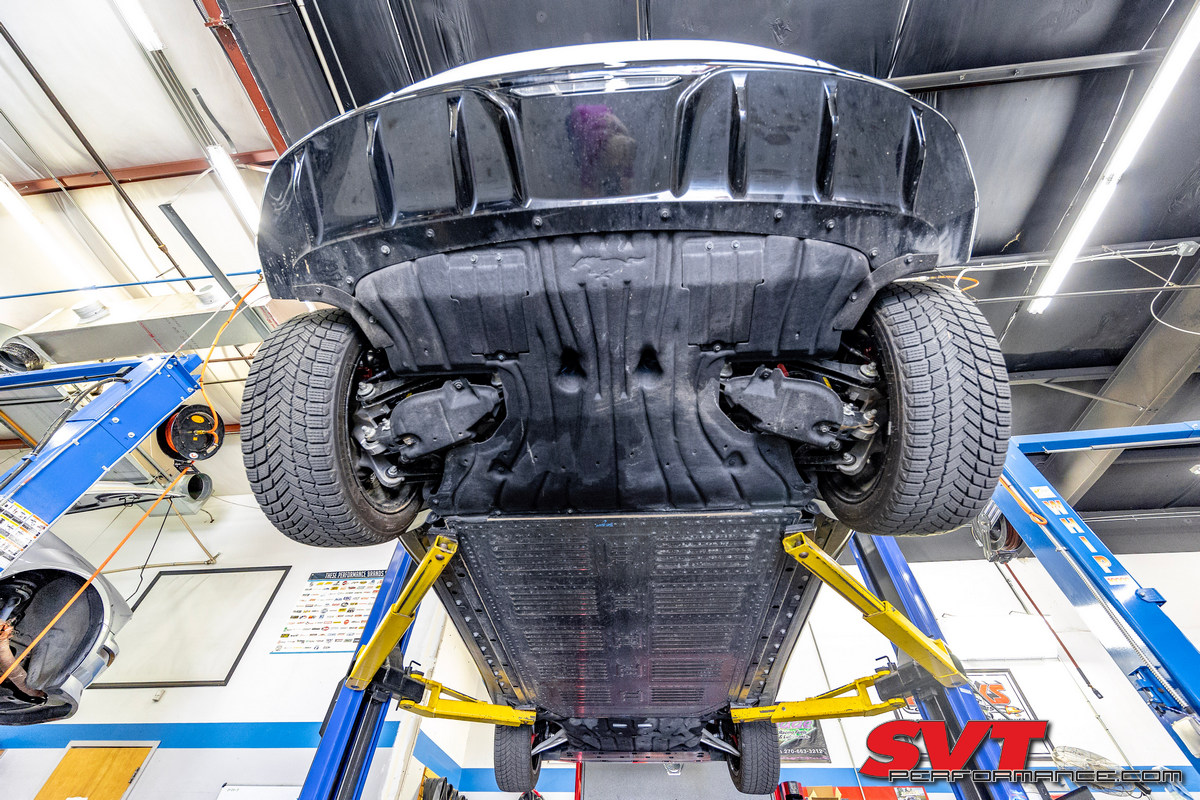 There's not a lot to see on the lift. The battery pack occupies most of the under-body real estate. ​
Out on the road, the Mach-E has the uncanny ability to pull double duty as an extremely quiet and smooth daily driver, then provide a nice burst of post-work-stress-relieving G-Force. The closest comparison it has in the traditional Mustang line-up is the Bullitt, which is smooth and sophisticated while still being a potent performer. However, the Mach-E is basically a 4-door CUV and that brings a level of utility not found in any Pony car. Is it going to replace your Terminator? Highly doubtful? Would it be a major upgrade over your DD Escape? Absolutely!!! 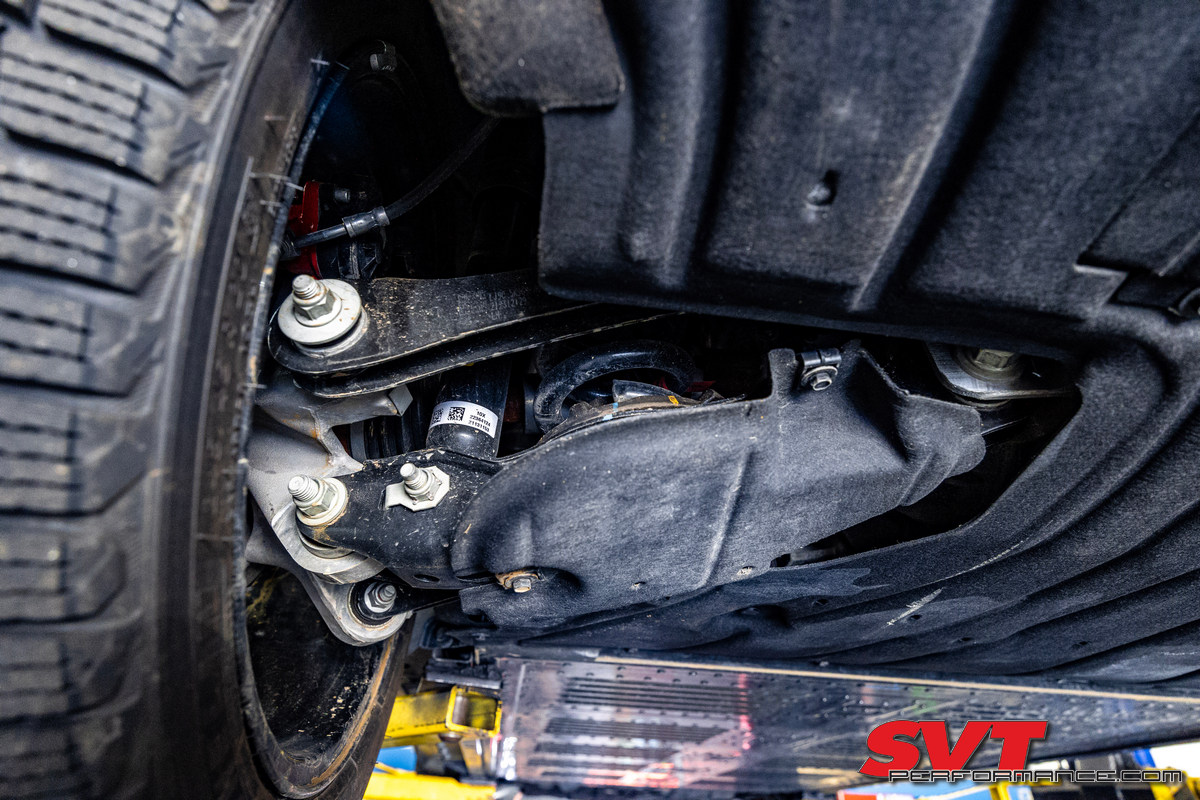 Even the rear lower control arms have sound deadening material on them.​

The Mach-E GT’s steering is as good as you’ll find in any Ford, and the brakes are top-notch as well. The suspension is firm without being harsh, and the traction control manages to keep the power planted far better than the winter tires on our tester should have been capable of performing. Overall, the driving experience is top notch. Everywhere the driver touches has a premium feel, and you can tell Ford invested their development money where the average customer would most notice it. 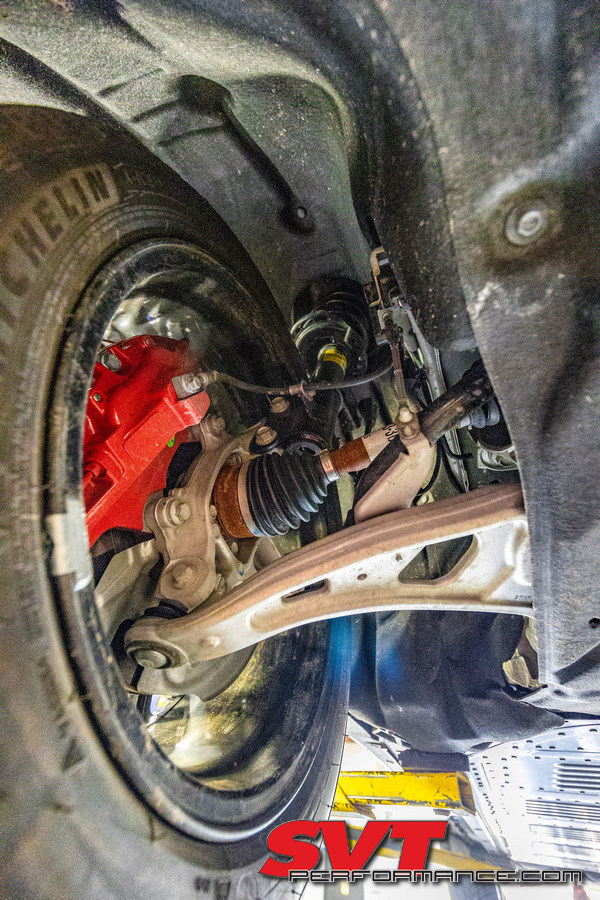 When you poke around underneath or behind some beauty panels you’ll find Ford engineering hallmarks developed over more than a century of building cars for Americans. Those who have studied the company’s design philosophy on ICE vehicles can see a lot of carryover on Mach-E. The HVAC and cooling system has the classic Ford layout and componentry, and parts of the rear suspension look very similar to the one under the $20,000 Ford Maverick. (We have a full undercarriage inspection included in our full review video.) However, the average customer would never perceive those cost saving approaches. The driving experience is not sacrificed and Ford is able invest the saved money in areas that deliver real customer value. That’s a win-win proposition to me. 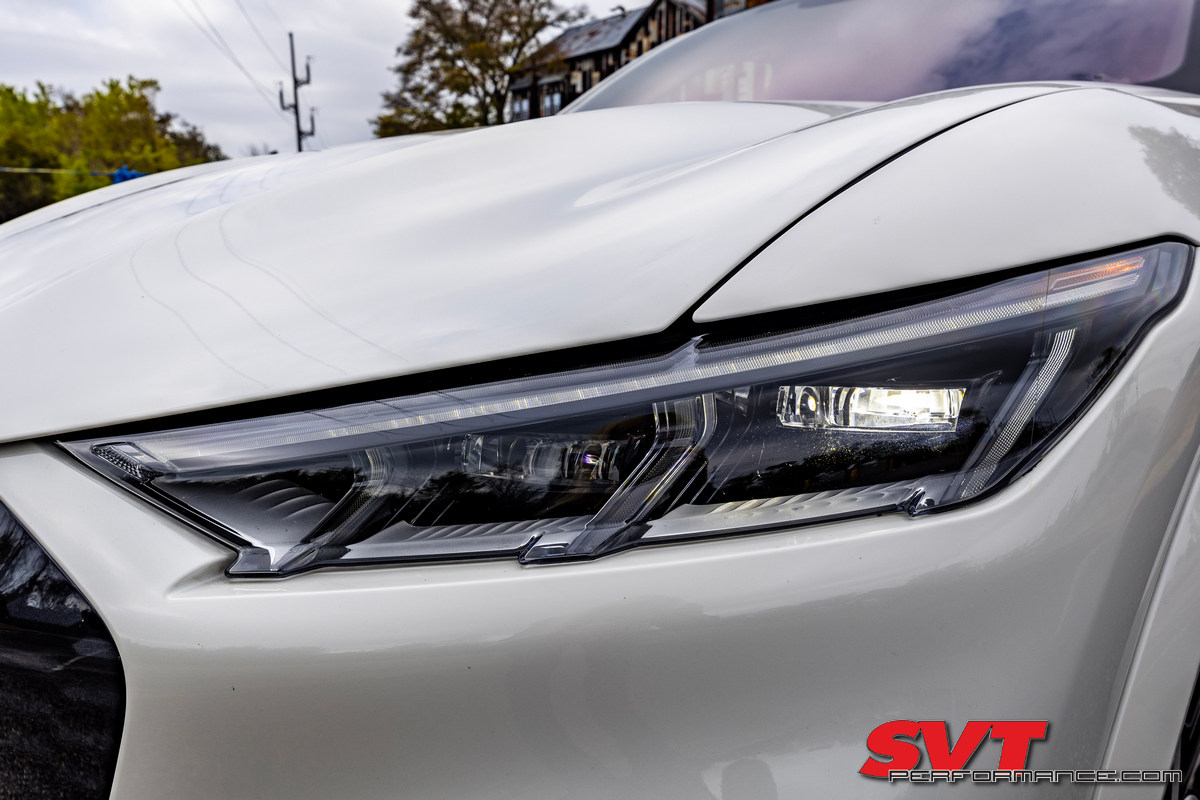 I hope you like this headlight design, because it is headed to the S650 Mustang.​

We’ve moved beyond electric cars being funky looking oddities owned by quirky people living in hippy co-ops. EVs are now mainstream and are becoming more palatable to ICE traditionalists year after year. The Mach-E lives in rapidly changing world. EV technology is progressing at a rate that I can only compare to the war-effort industrialization of WWII. Giants of the American automotive industry tooled up at a rate heretofore unseen in order to achieve a common goal. Those the titans of industry are not working together this time around, that are all working to produce the next great produce in the EV space. The space race to the Moon may be a better analogy, but I think you guys understand what I’m getting at here. 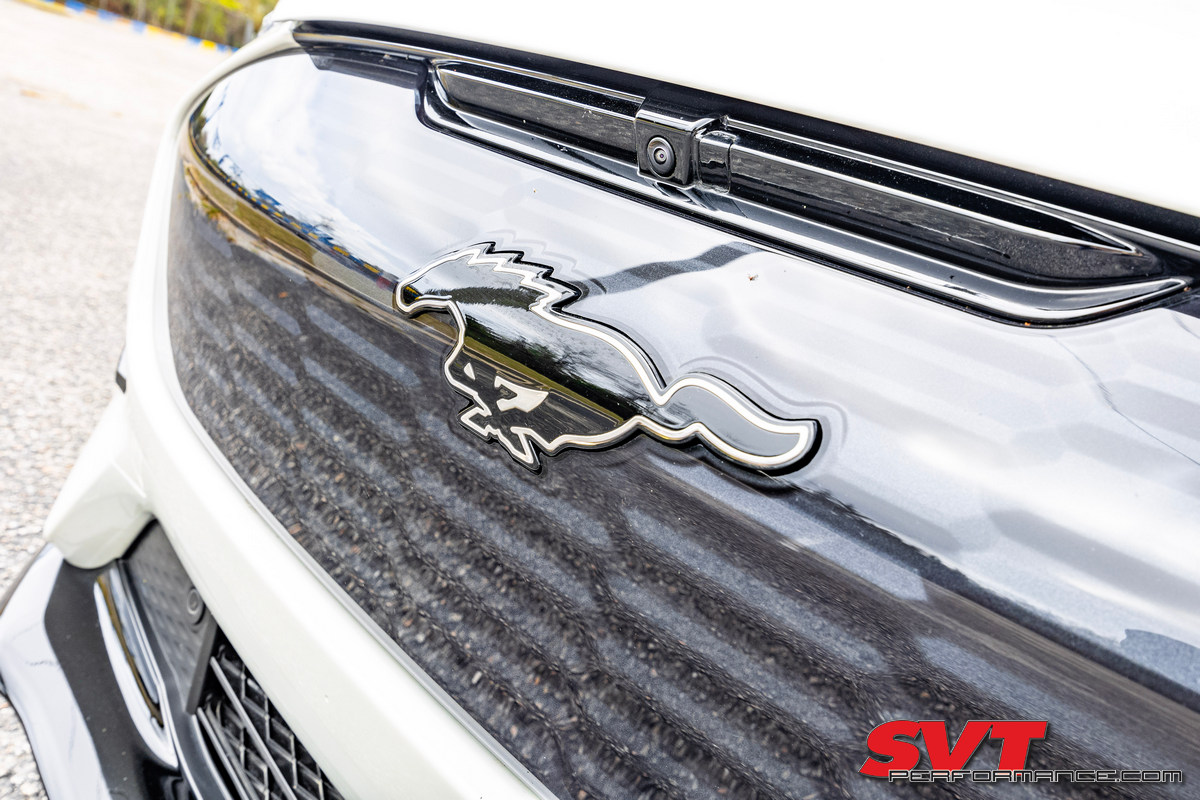 I like the use of this 3D graphic effect on the front fascia, but I wish the designers had chosen to give it a unique style instead of trying to mimic a V8 Mustang grille. ​

Ultimately, the Mach-E GT PP feels far more substantial than one might expect. It’s an impressive Ford, and anyone who hasn’t driven one should really give it a chance. To me, this is the version of Mach-E to buy. It takes everything good from the standard Mach-E and adds a healthy dose of spice. If an EV fits your lifestyle the Mach-E GT deserves a look. From one performance junky to another, I can tell you that you will likely go away impressed. I know I was. Maybe it’s time for SVE to make a comeback. SVeE has a ring to it, Special Vehicle electrical Engineering. 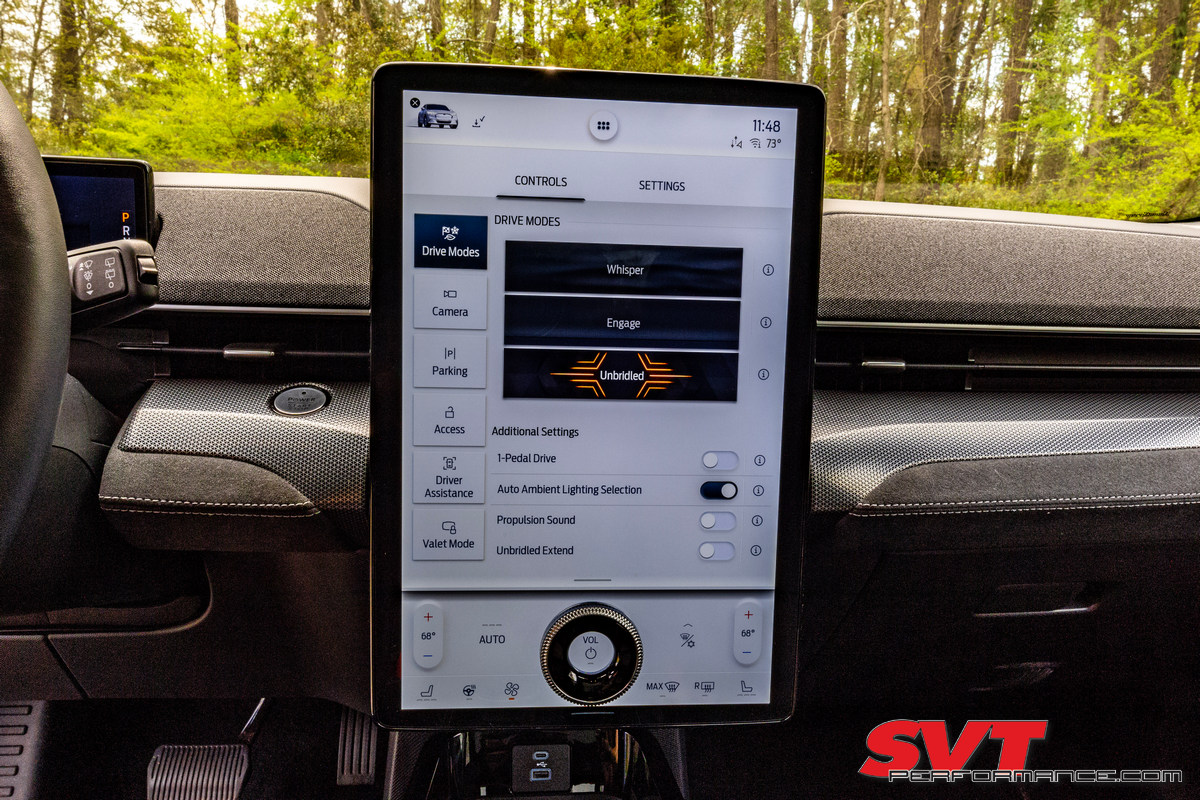 There a lot of options to scroll through on this massive screen, but I lament the loss of physical buttons. 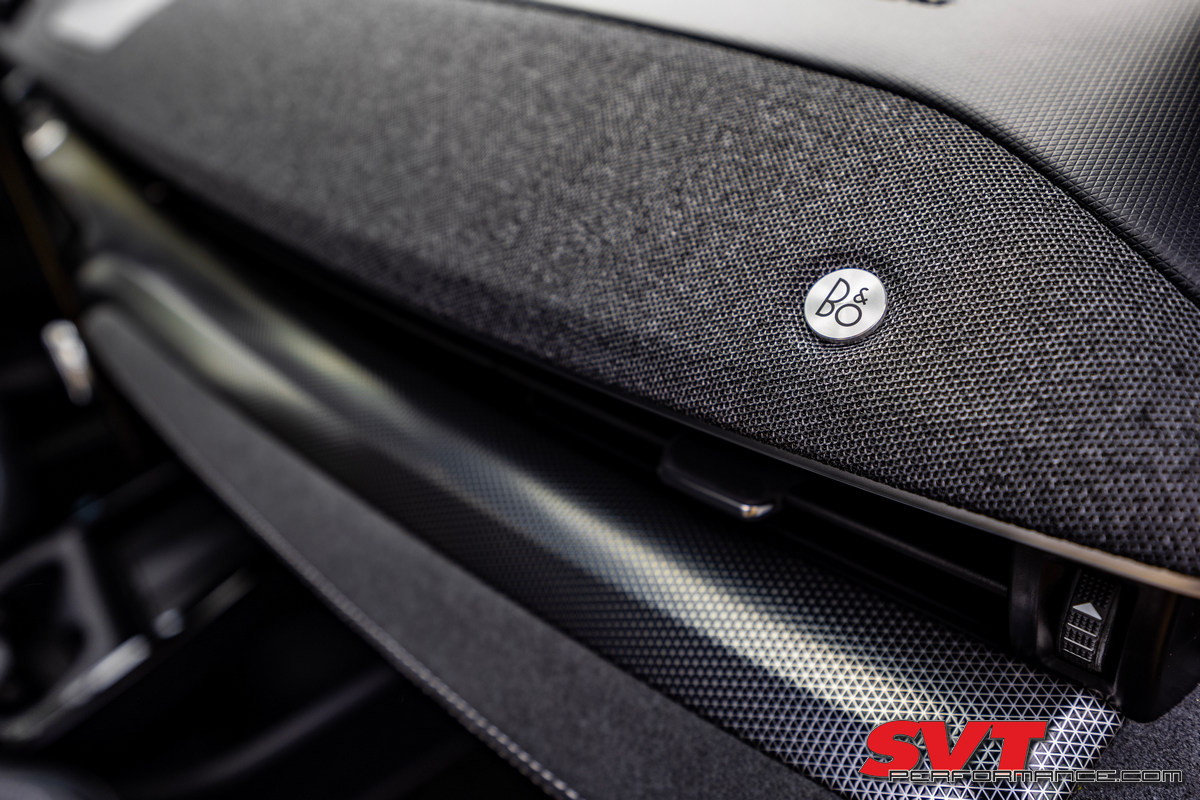 IMO, the Mach E has some of the best uses of materials and textures in the entire Ford lineup. ​
-SID297 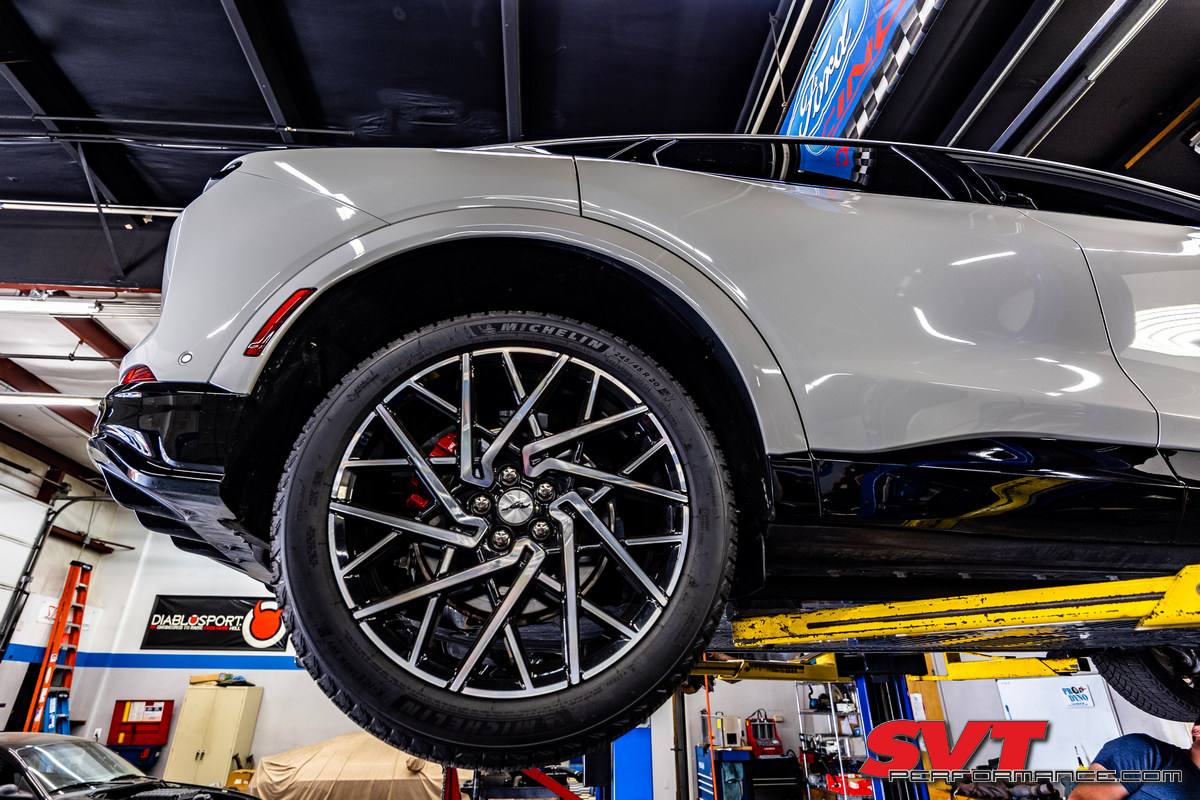 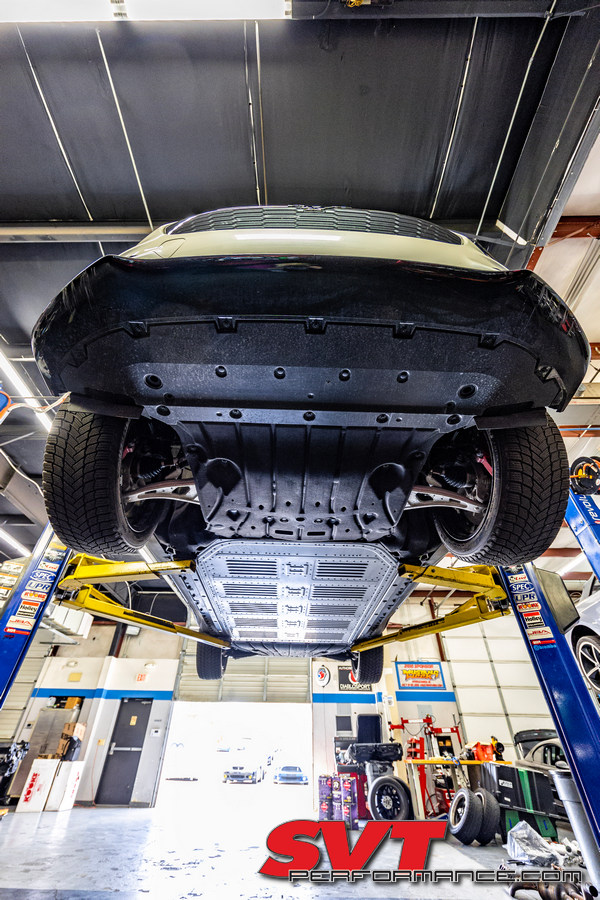 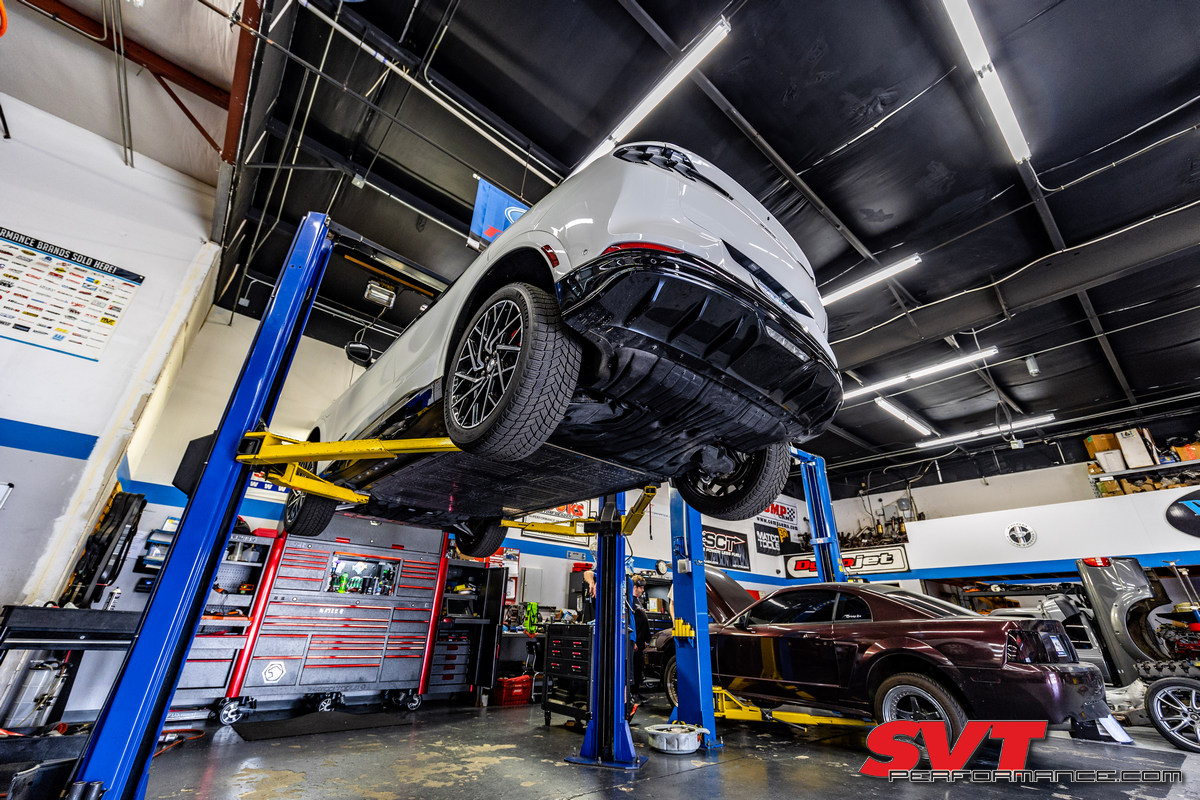 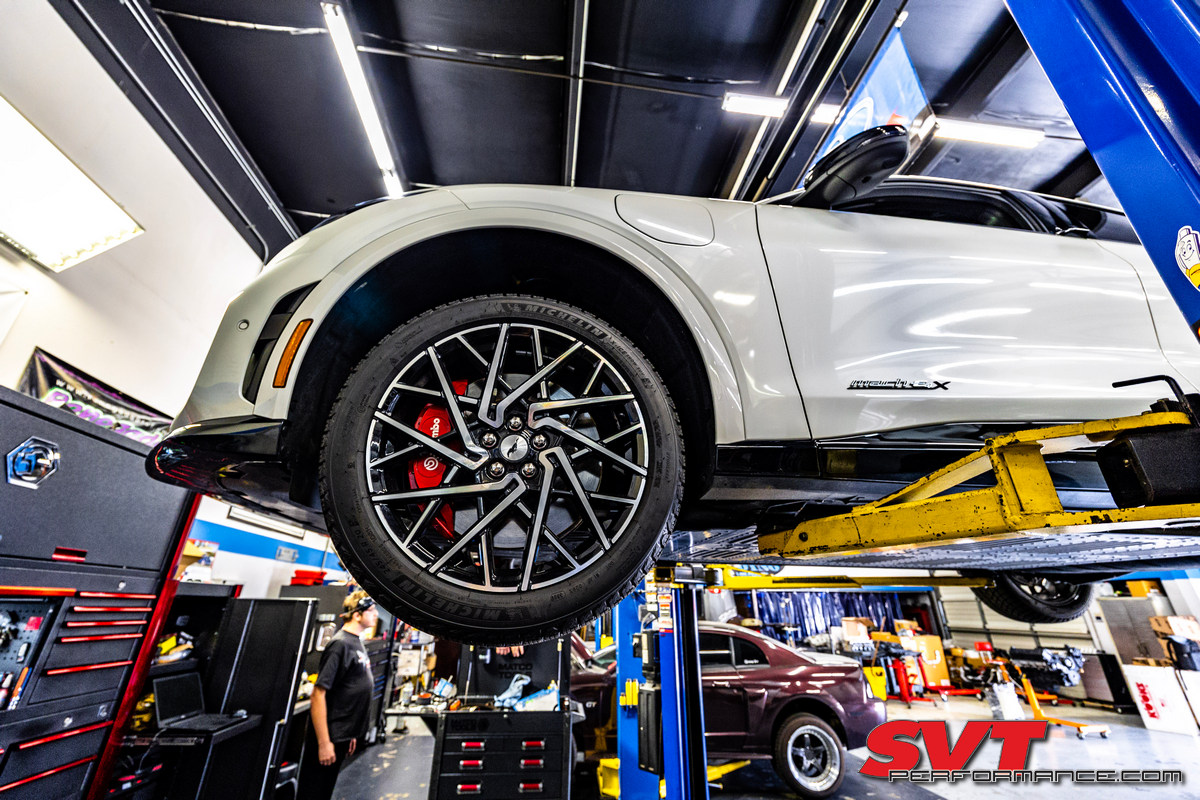 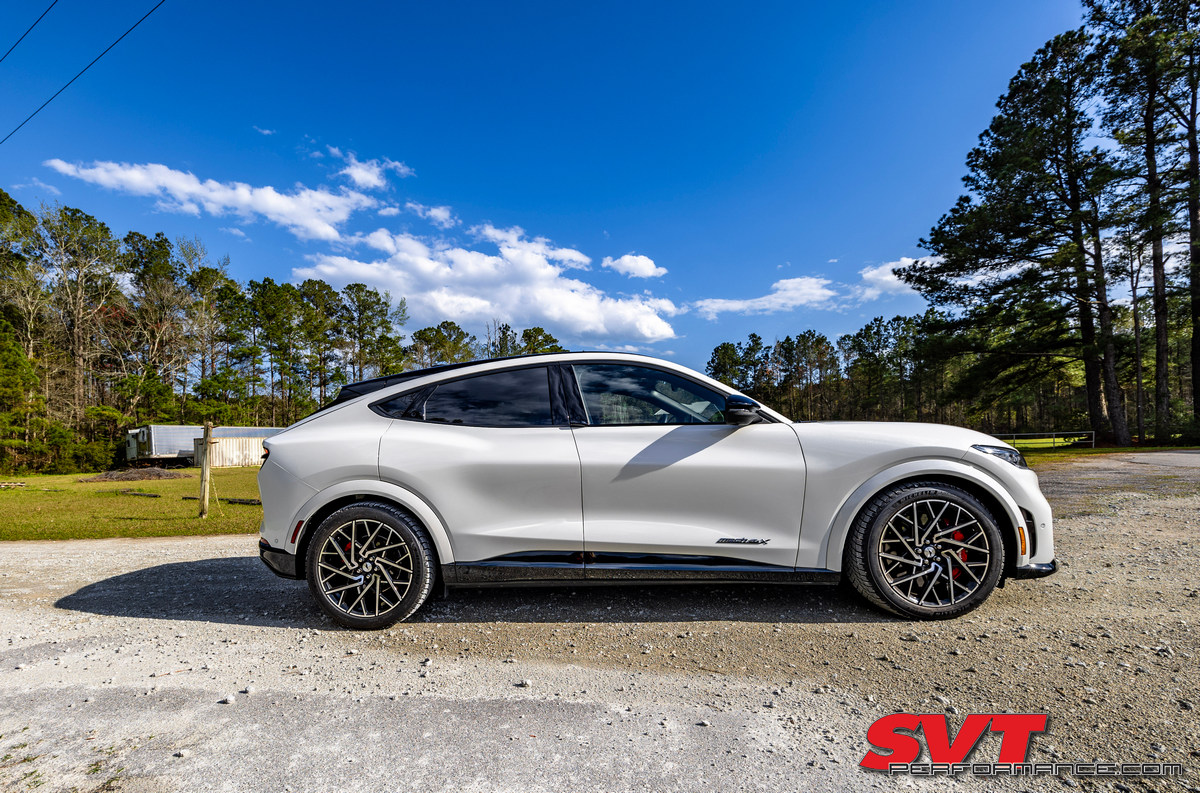 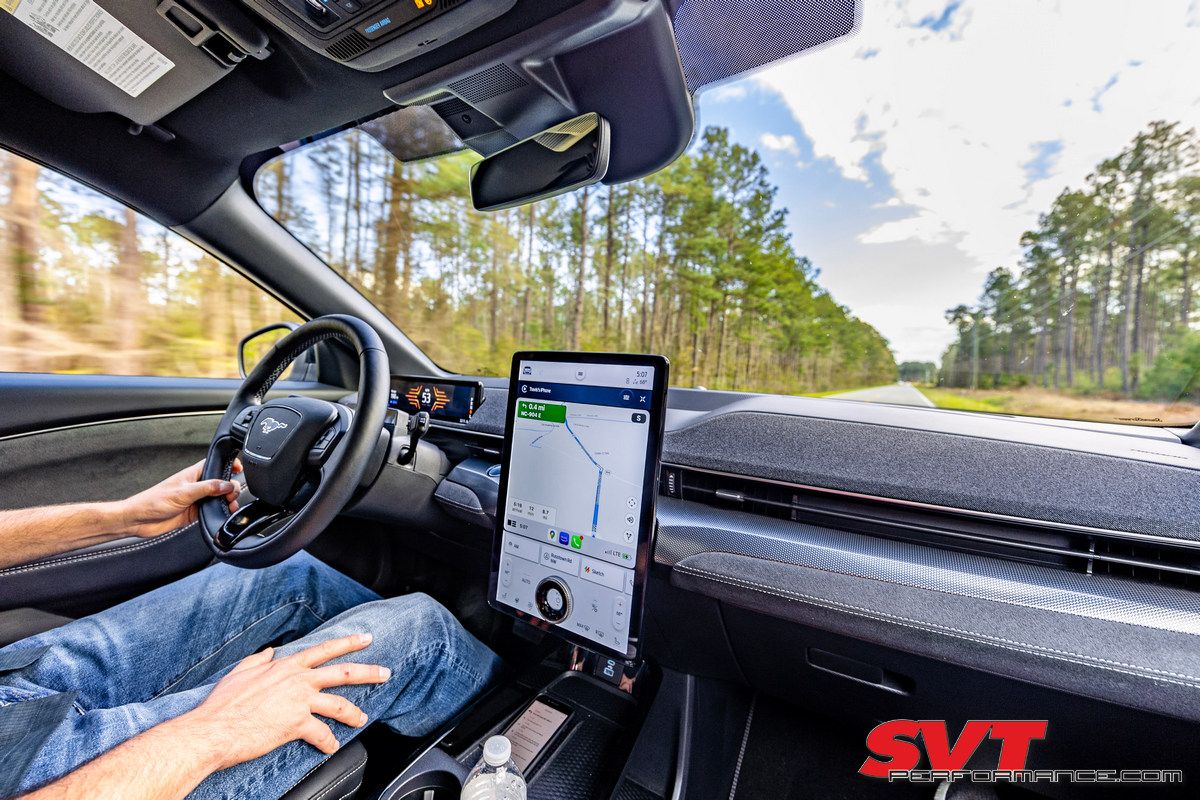 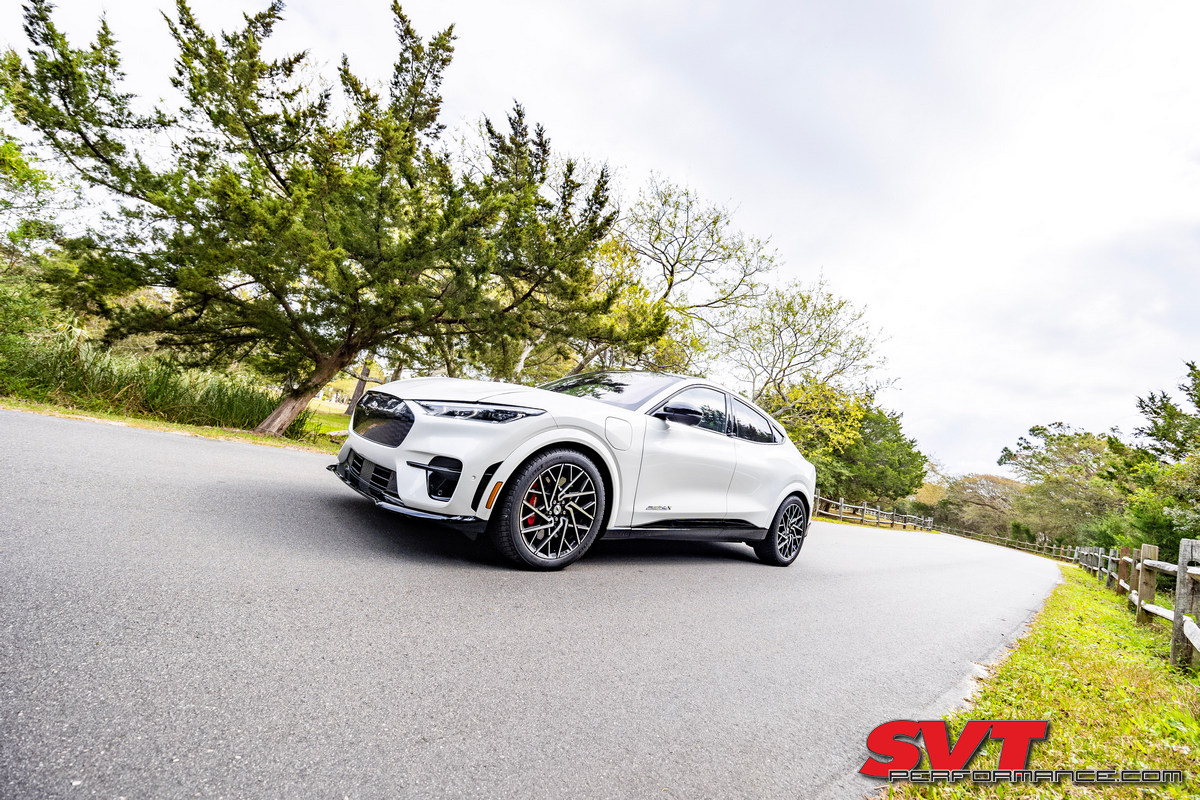 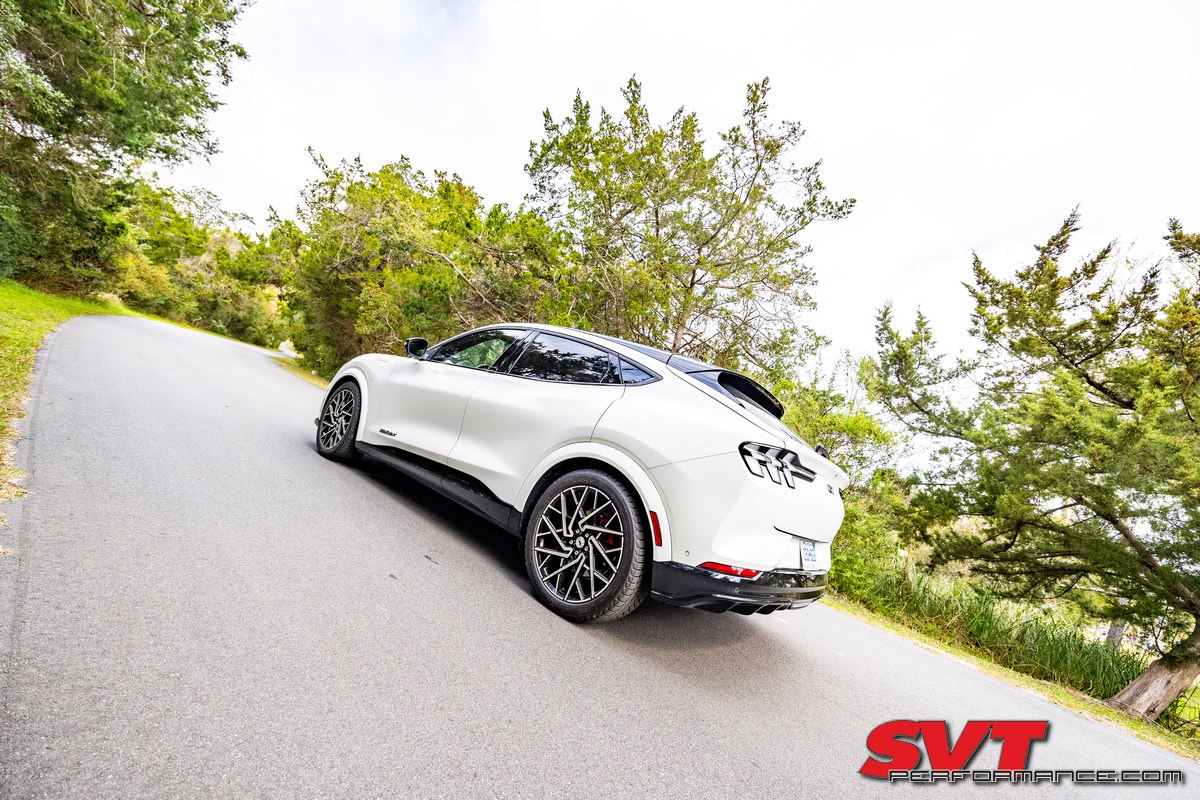 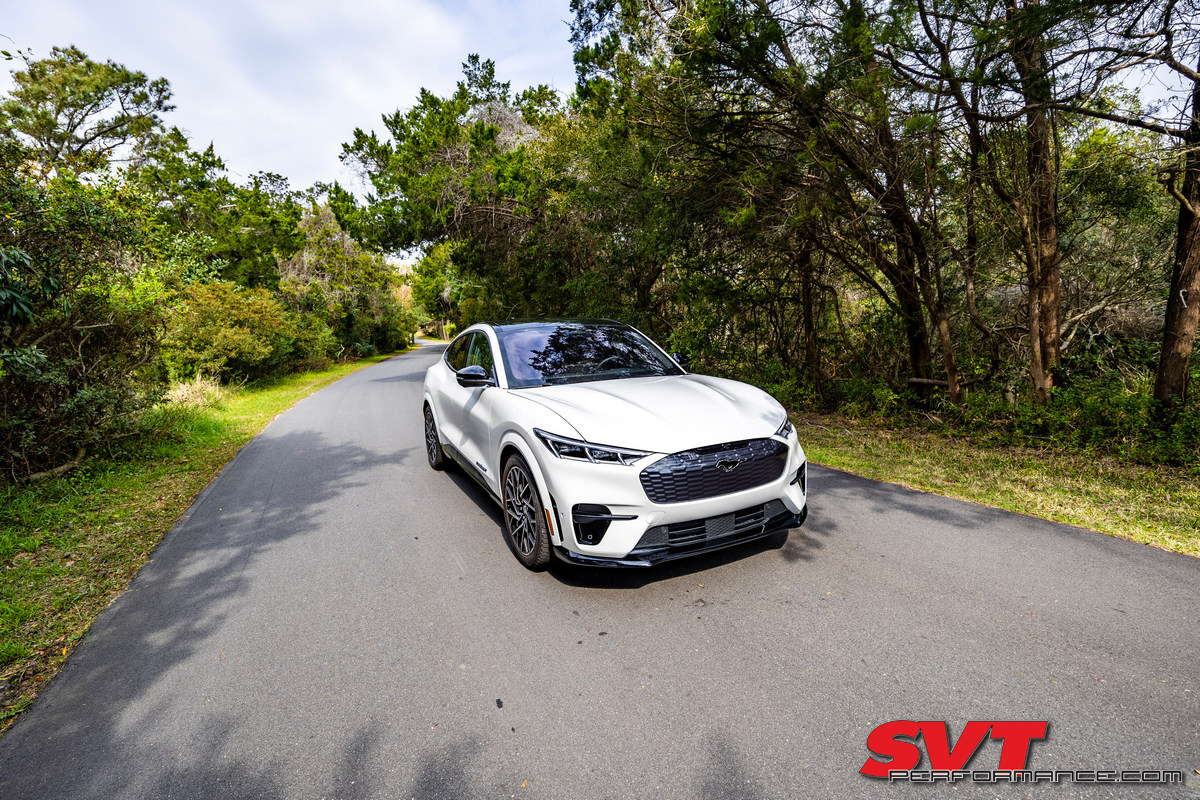 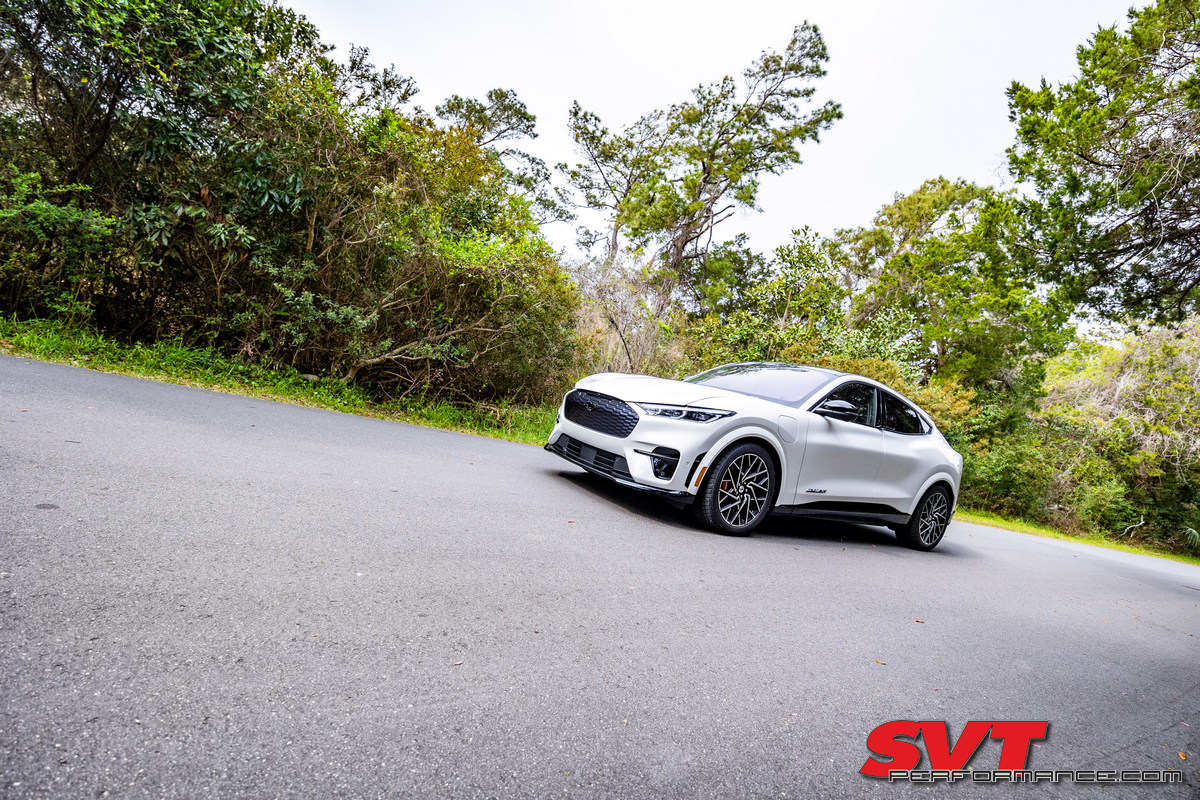 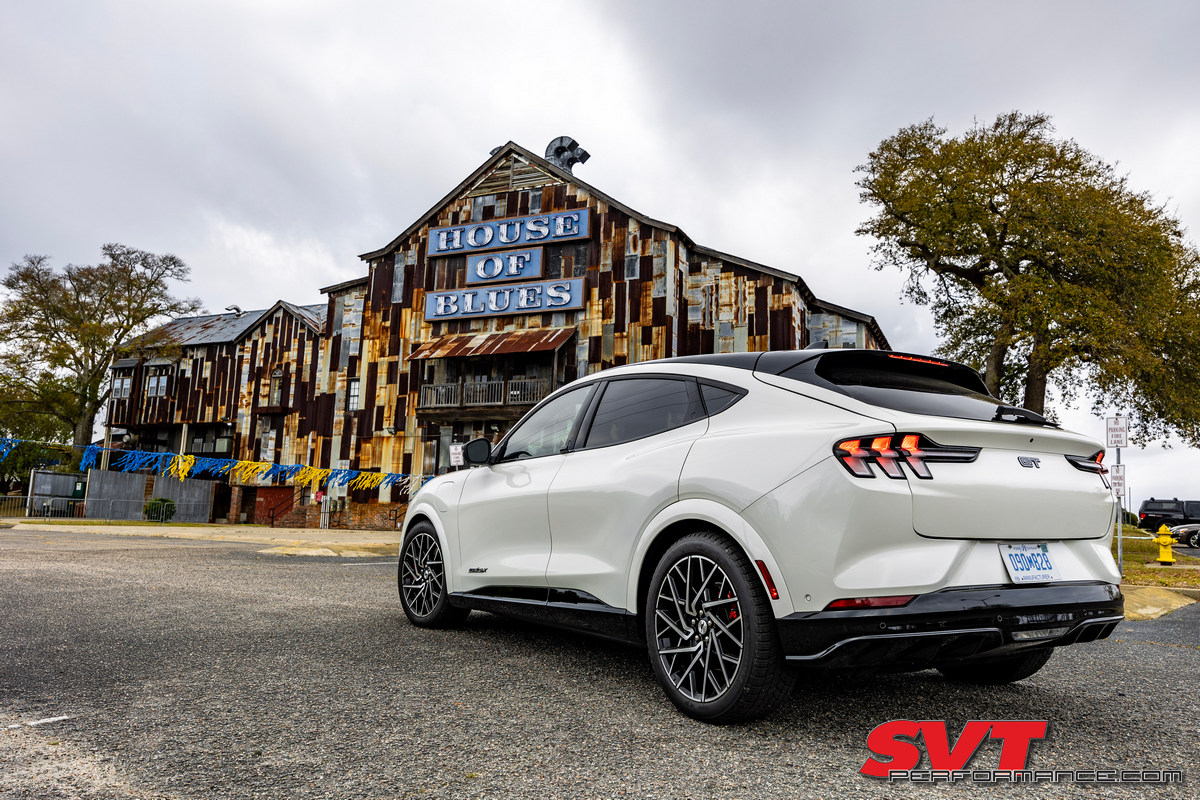 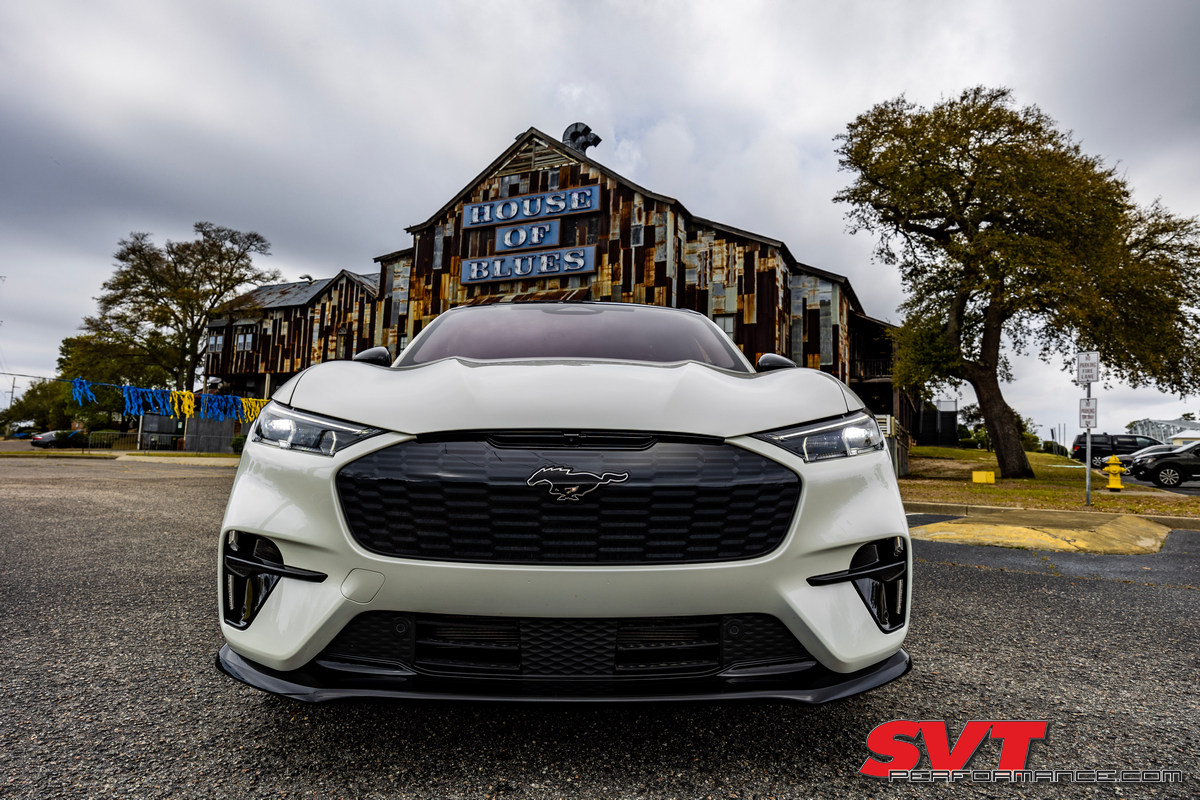 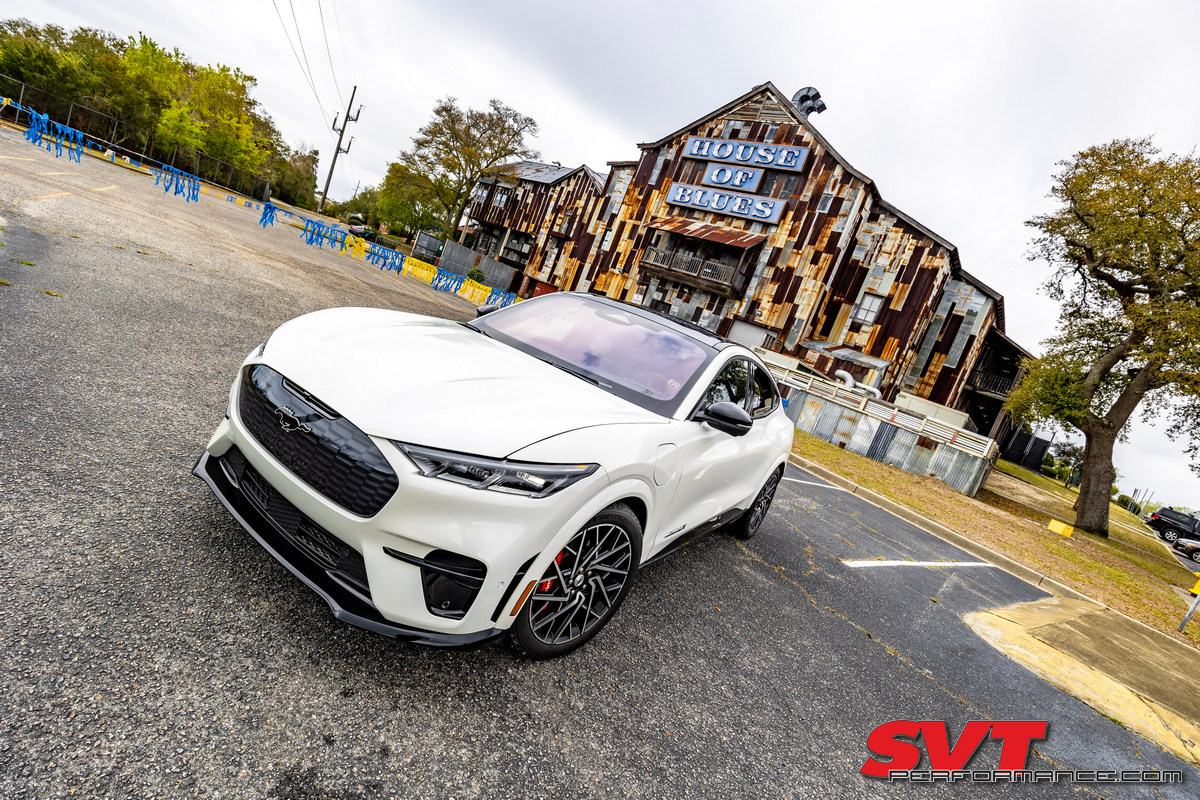 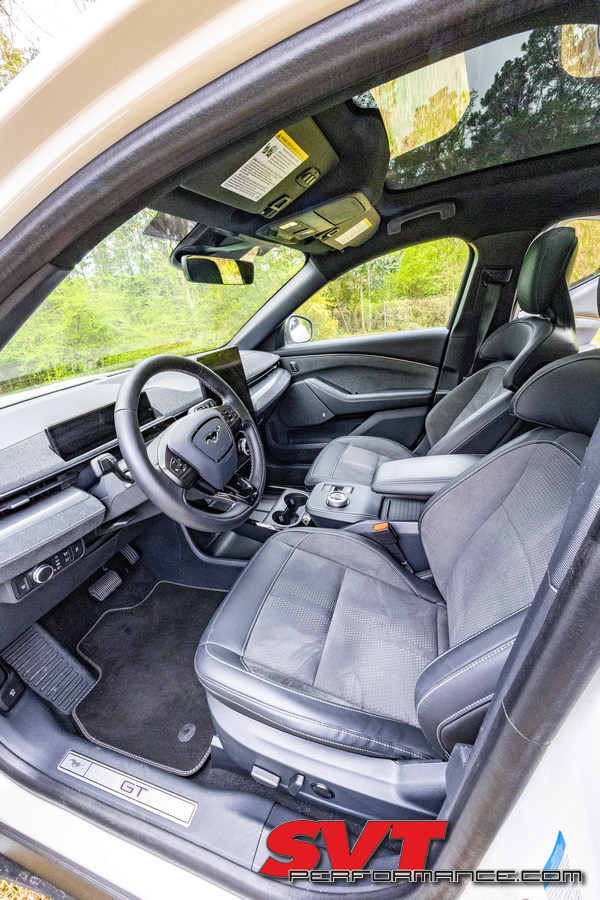 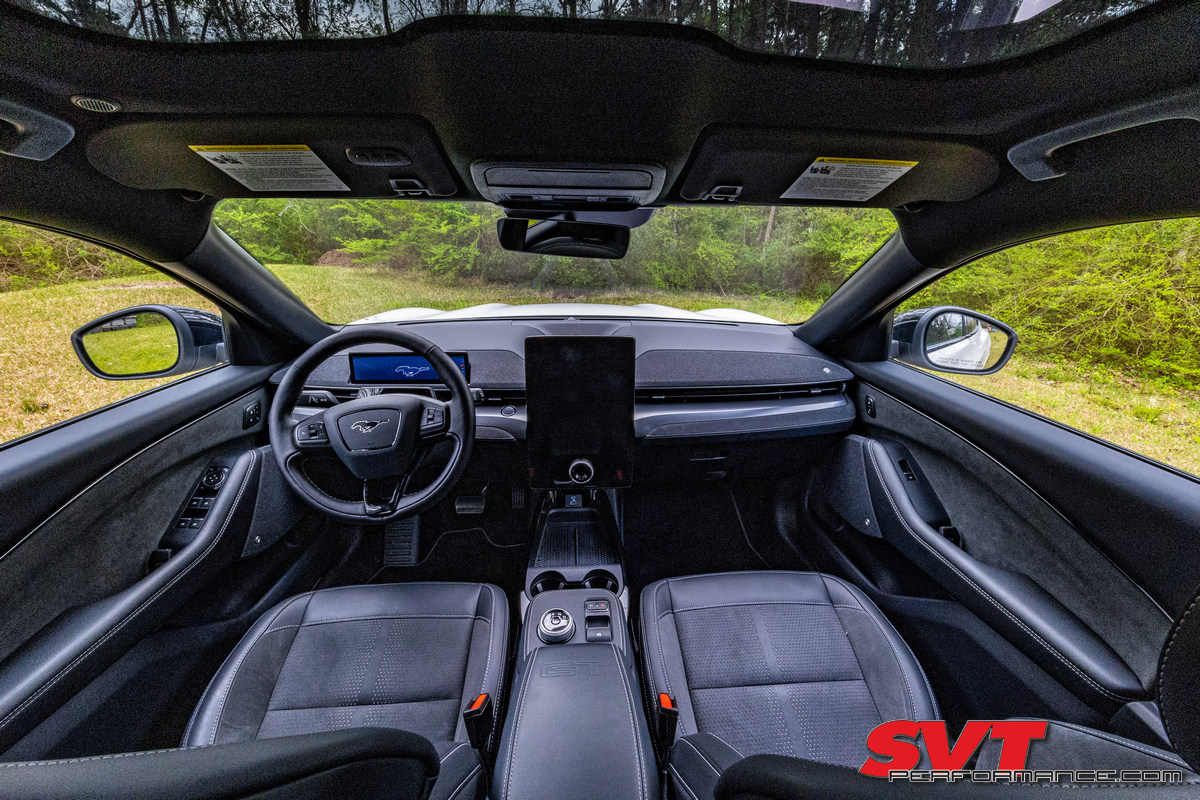 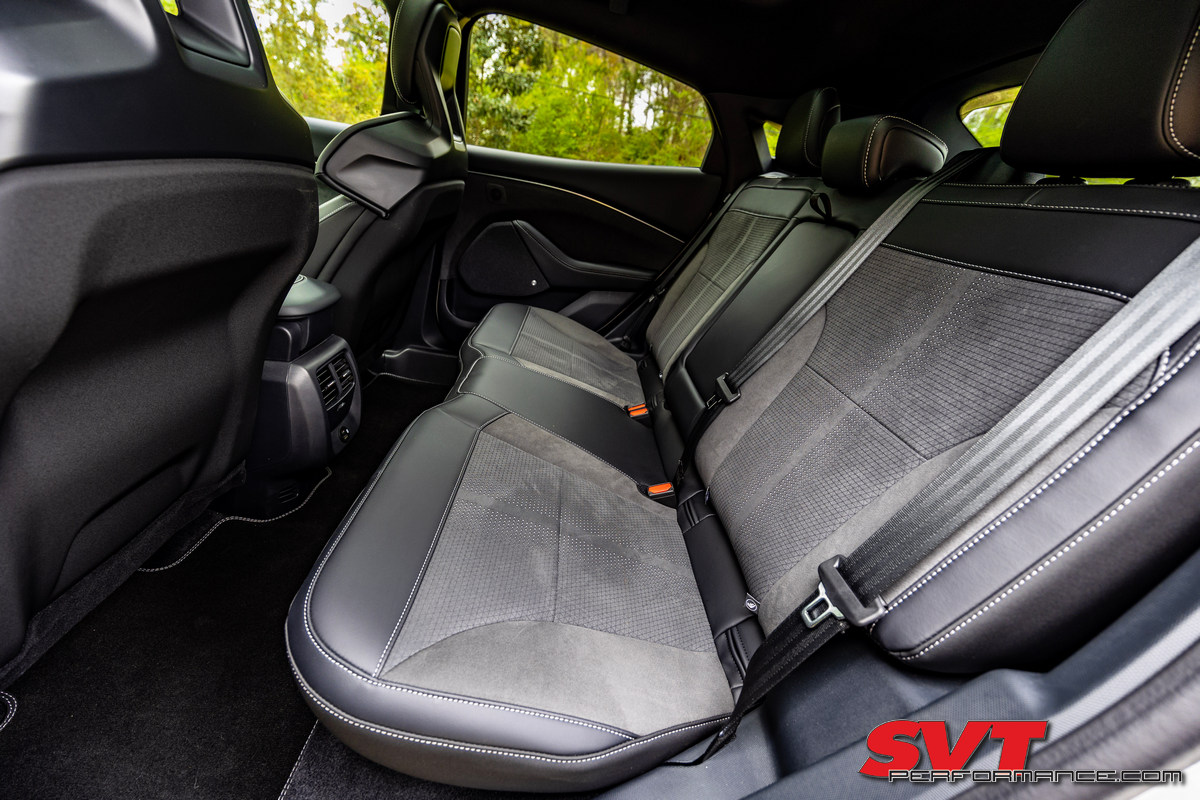 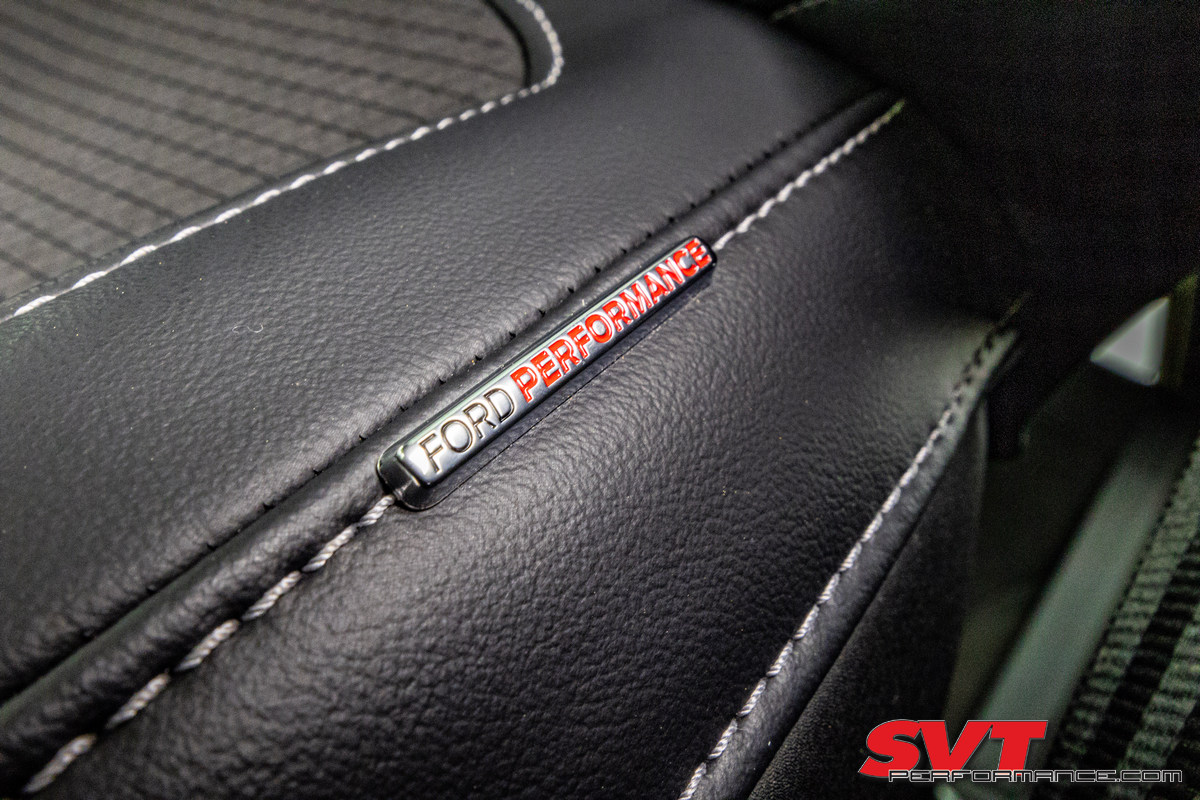 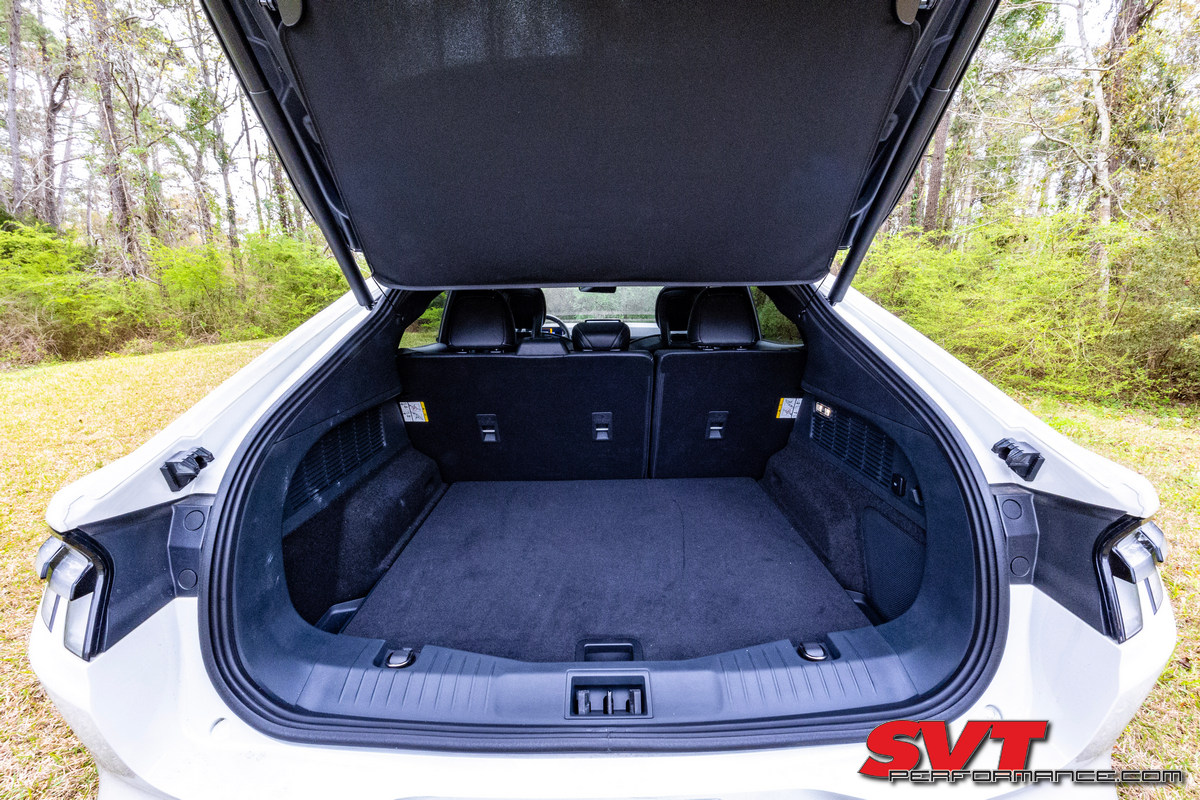 This is not a Mustang

This is not a Mach

I’d take the Mazda it looks like for less than half the price and cross country capability.

What we need is real world recharge time on 110V and 240V and real world range (and not dash range, because we all know that is shite).

What we need is real world recharge time on 110V and 240V and real world range (and not dash range, because we all know that is shite).
Click to expand...

Recharge on 110V is practically useless.

Did I miss a price? I read the whole thing.

I don't recall the exact price (probably around $70k), but it doesn't matter. Ford has had a couple of substantial price increases on these since I did this review.
R

Can you hit the gas for longer than five seconds yet

robvas said:
Can you hit the gas for longer than five seconds yet
Click to expand...

We made 1/4 passes with the first one we had. It was impressive.

Interestingly enough, I was talking to a tuning company a month ago. They found a way to get into the ECU and alter a lot of those limits.
R

SID297 said:
We made 1/4 passes with the first one we had. It was impressive.

Interestingly enough, I was talking to a tuning company a month ago. They found a way to get into the ECU and alter a lot of those limits.
Click to expand...

I don't remember, but it's this vid:

They're quick. I have 2 inbound.

Looks better than any Tesla in that price range.
Outside of the name, and range it’s not a bad option for an ev vehicle. Not in the market, especially at that price point but it should sell well.

Looks better than any Tesla in that price range.
Outside of the name, and range it’s not a bad option for an ev vehicle. Not in the market, especially at that price point but it should sell well.
Click to expand...

I think Tesla's styling is getting a bit tired in general.

Blk04L said:
but it should sell well.
Click to expand...