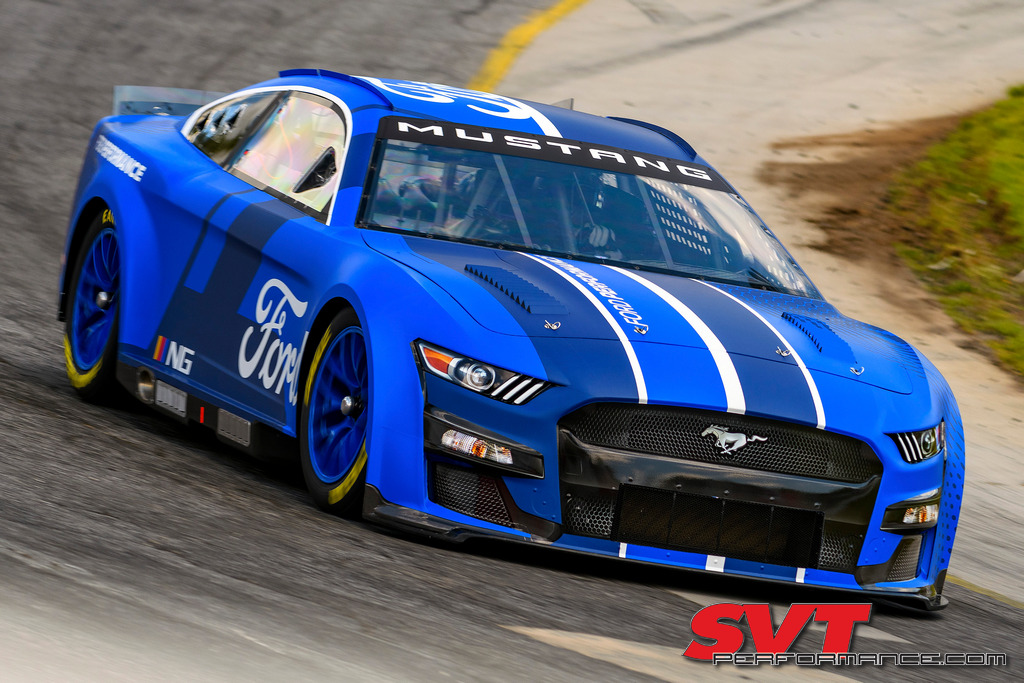 DEARBORN, Mich., May 5, 2021 – A completely new era in stock car racing is ushered in today as Ford unveils its all-new 2022 NASCAR Next Gen Mustang to the public in Charlotte, North Carolina. The Next Gen Mustang will compete in the NASCAR Cup Series starting next season.

The new car, which has been under development for two years, is completely different from its predecessor – redesigned from the ground up. Unlike past versions, with the exterior being the only noticeable change, this model is built for the future, featuring flexibility for technological advances such as a hybrid or electric powertrain.

“A lot of work has been done behind the scenes to make sure this Next Gen Mustang remains relevant to our customers,” said Mark Rushbrook, global director, Ford Performance Motorsports. “As the automotive industry continues to change, we’ll have the ability to keep up in the racing world without having to go through a complete overhaul or redesign of the car. This is something we’ve been waiting for and we’re glad the time has finally arrived.”

“This car is true to the Mustang brand and we have to thank the Ford design team for working hand-in-hand with our aerodynamic engineers to ensure it is competitive on the track, while maintaining unique Mustang styling,” said Rushbrook. “That requires a lot of give-and-take on both sides, but with the new smaller greenhouse area and shorter rear deck, we were able to do a lot of things to make sure there’s no mistaking this is a Mustang.”

Development of the new car took place both in Ford’s Dearborn design center and at the Ford Performance Technical Center in Concord, North Carolina, where Ford’s NASCAR scale model and aero teams are located. Extensive development continues on full-motion simulators at the technical center, where both racing and production car work takes place.

“Mustang is an iconic brand for Ford and when I saw the Next Gen Mustang in person for the first time I was pumped,” said Team Penske driver Joey Logano, the 2018 NASCAR Cup Series champion. “The aggressive look of the nose and the changes to the greenhouse and tail make the car more authentic to the street Mustang than ever before. I know the fans are going to love the Next Gen Mustang and I can’t wait to get it on the track.”

Mustang came to the NASCAR Cup Series in 2019 and has won at least 10 races each of its first two years, including a season-high 18 victories in 2020 that helped Ford win the manufacturers’ championship.

The NASCAR Next Gen Mustang makes its competition debut on Feb. 20, 2022, at Daytona International Speedway for the 64th annual Daytona 500. 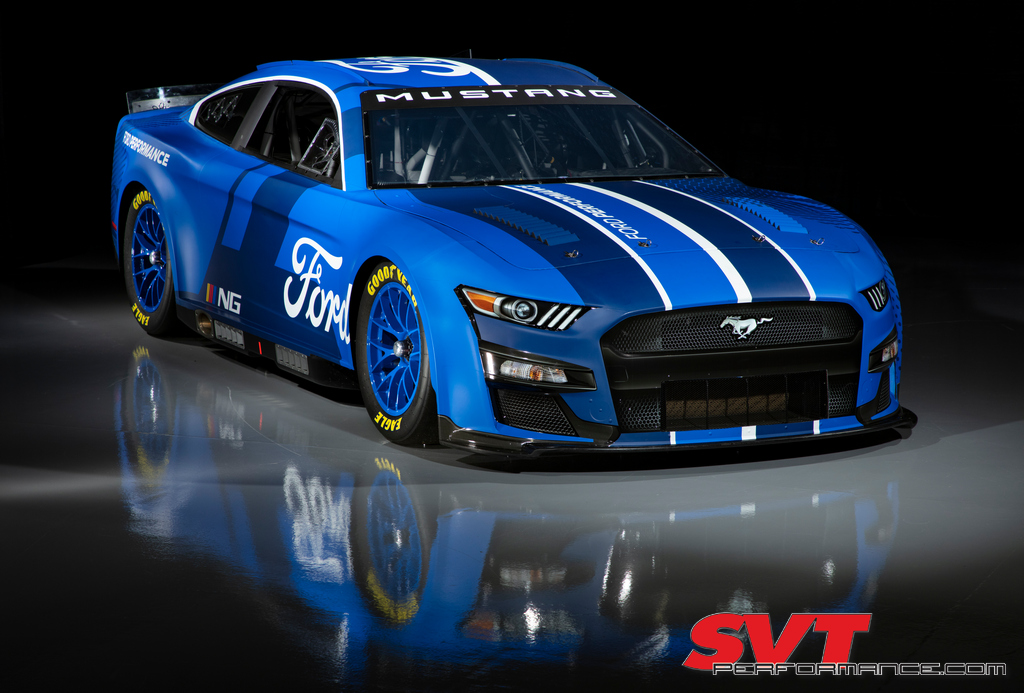 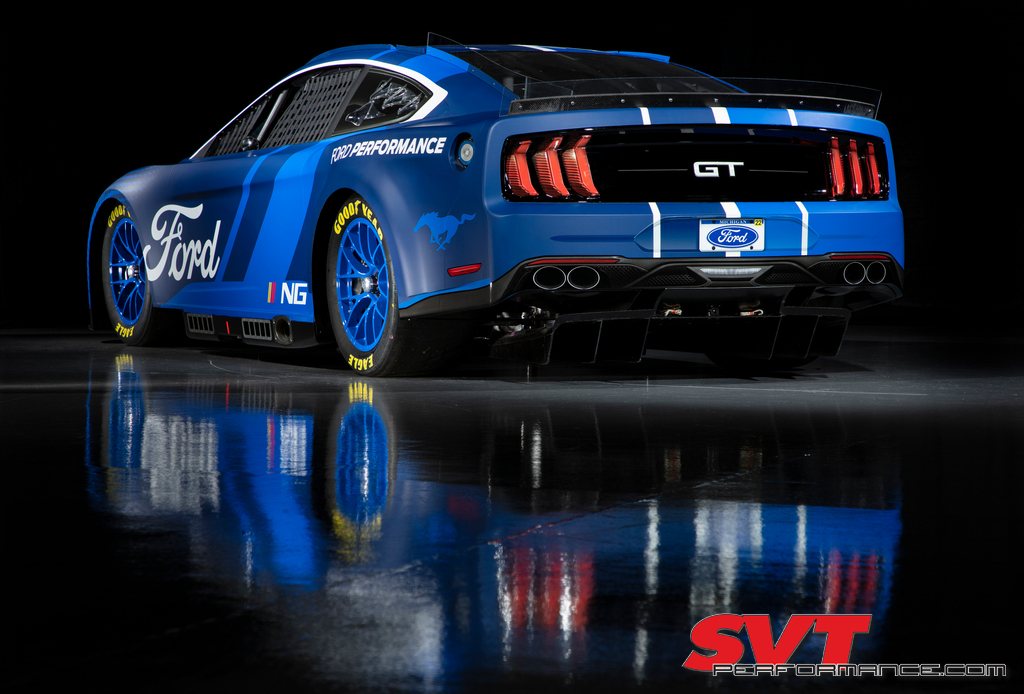 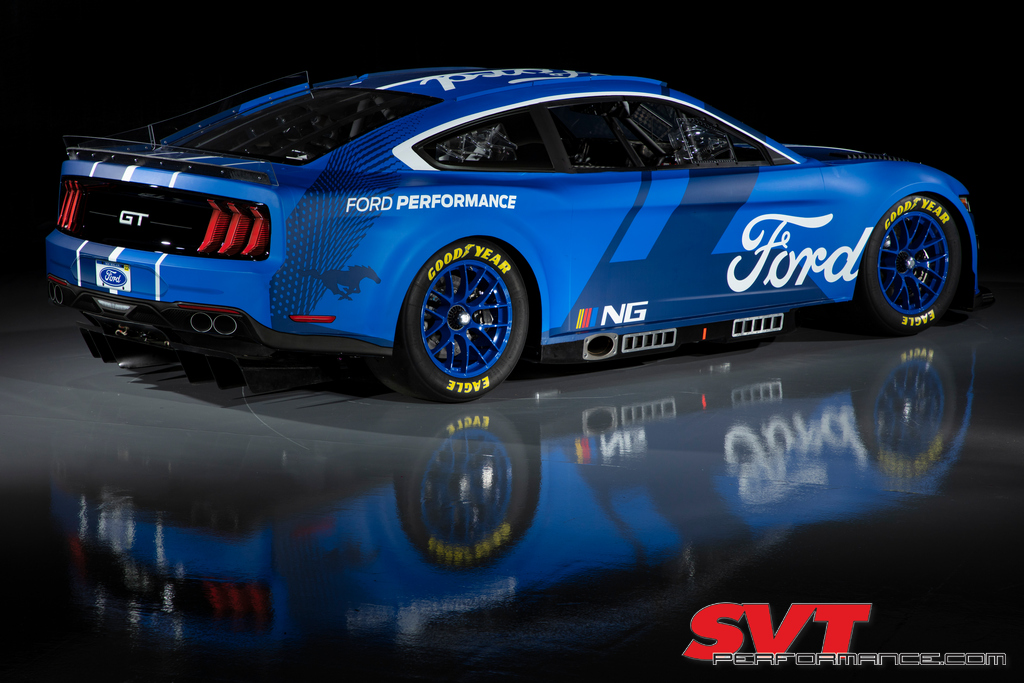 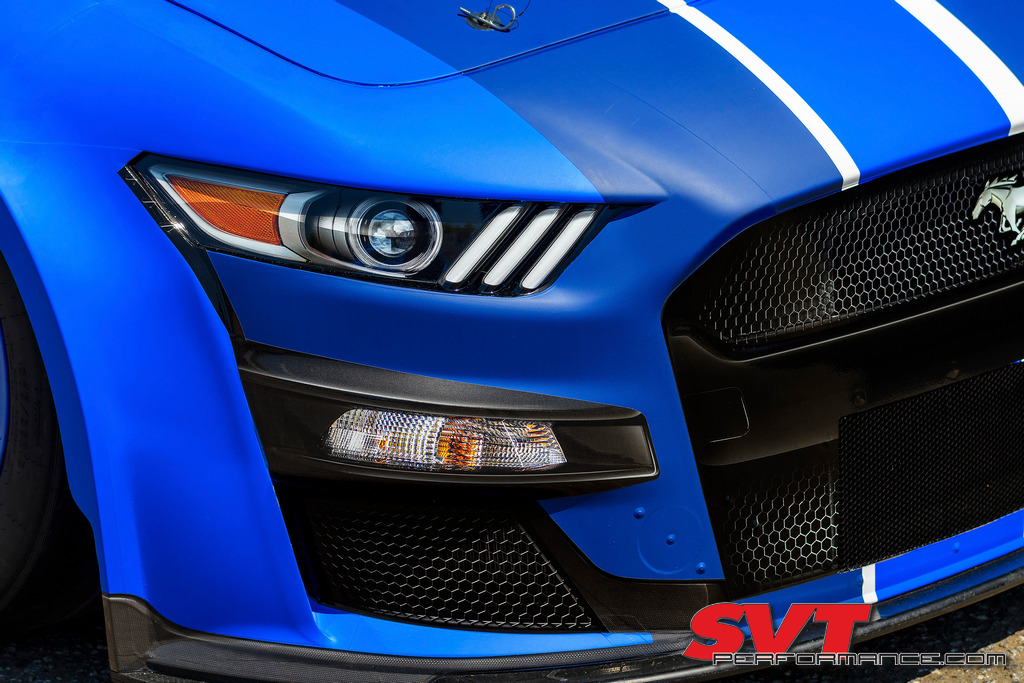 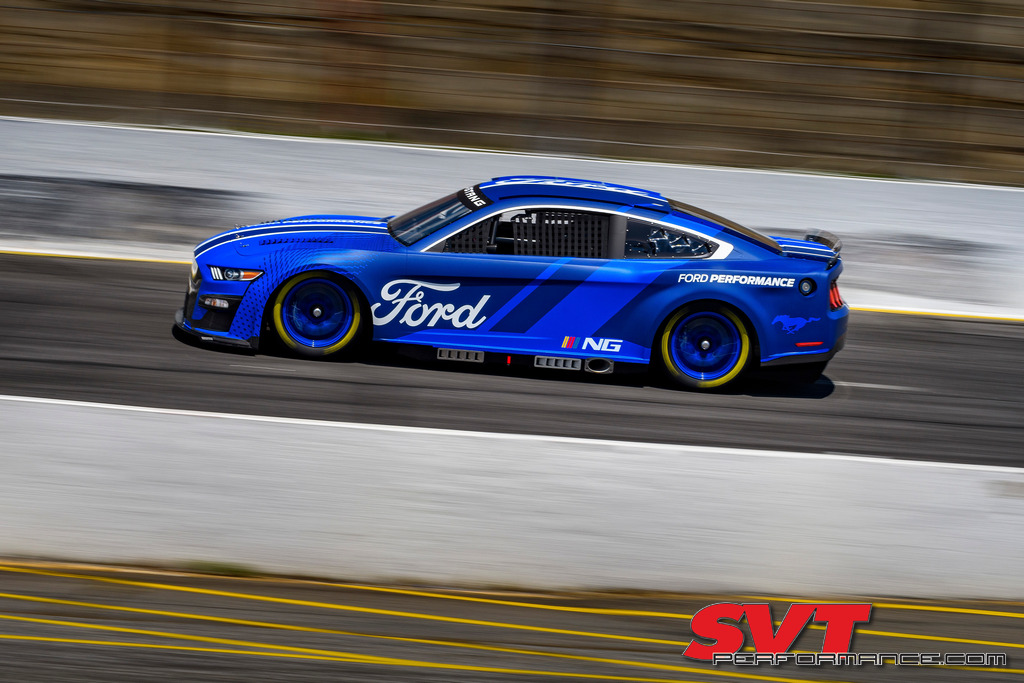 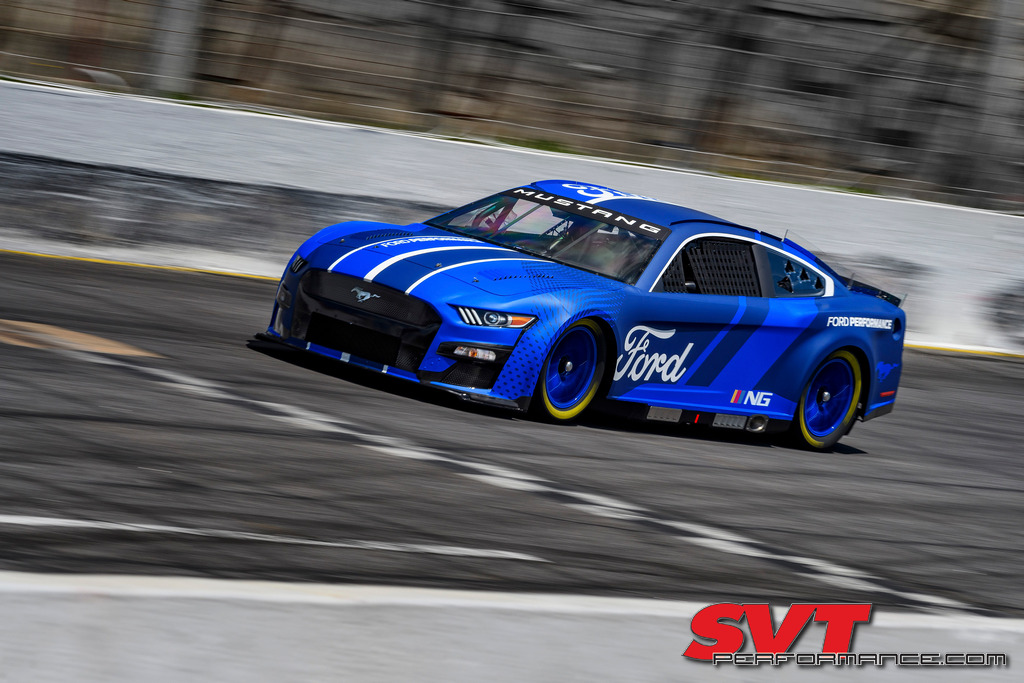 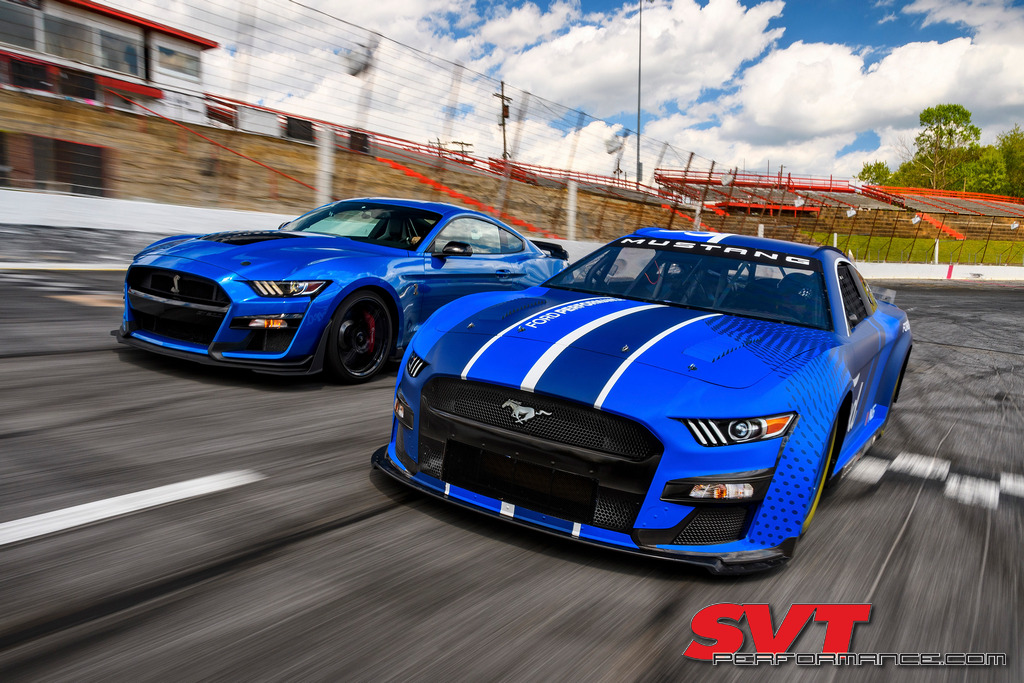 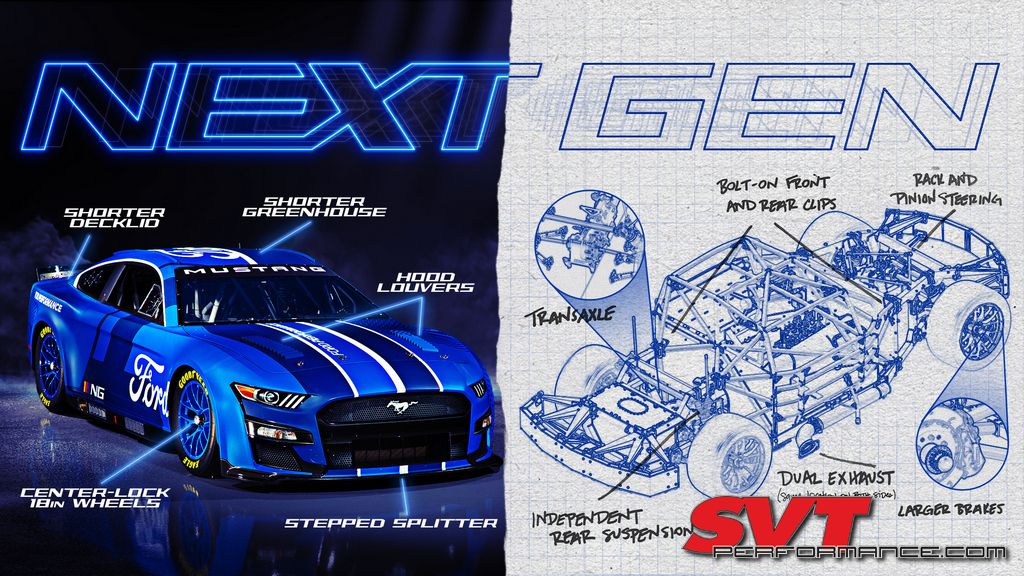 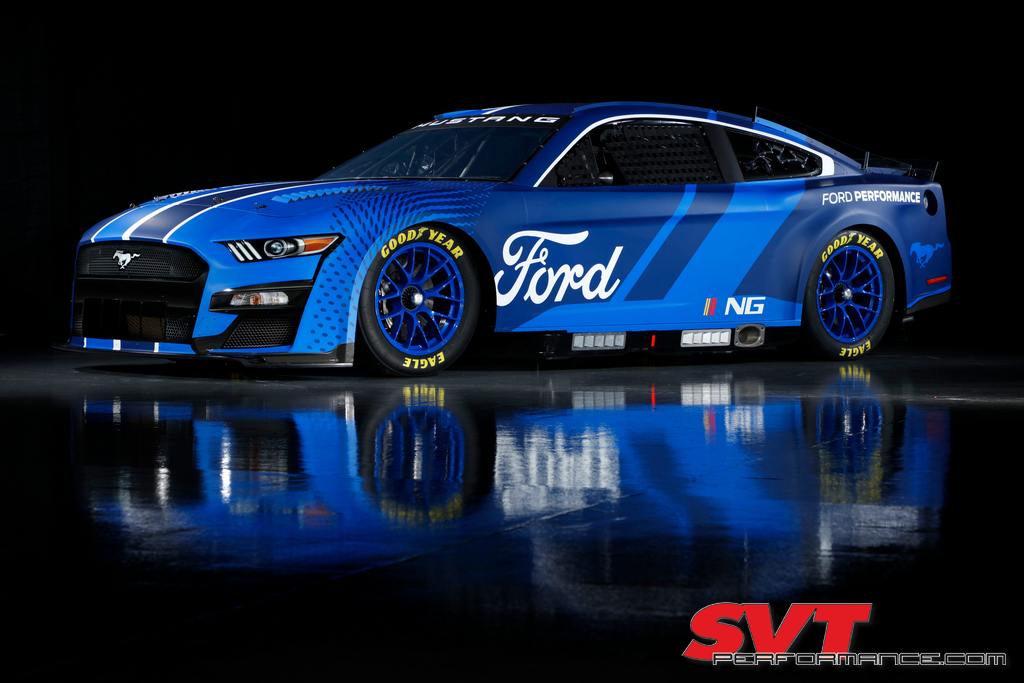 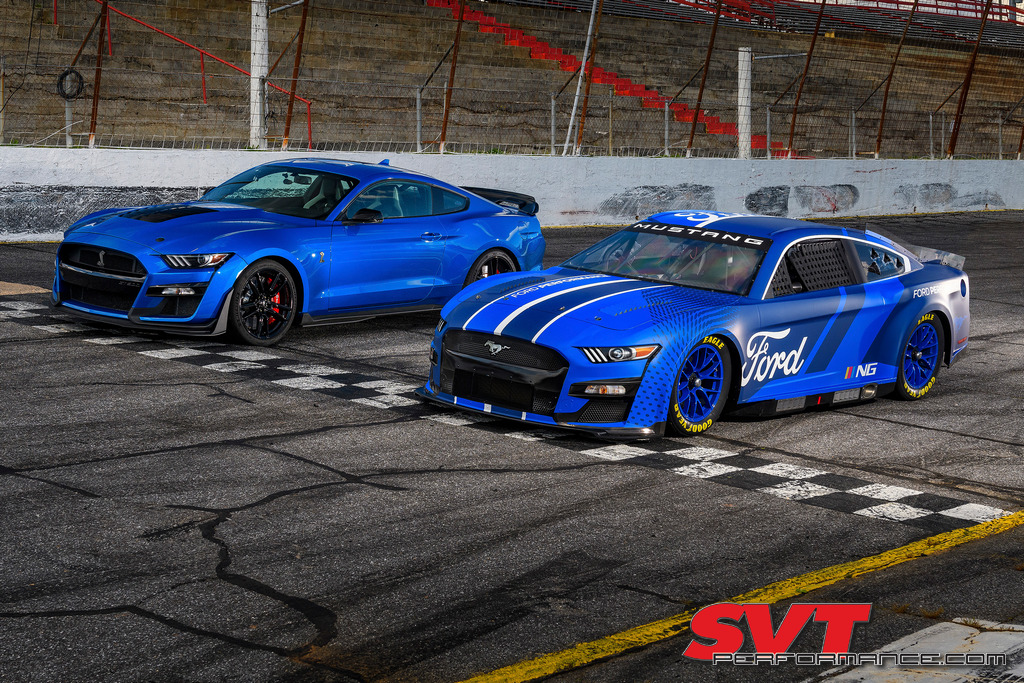 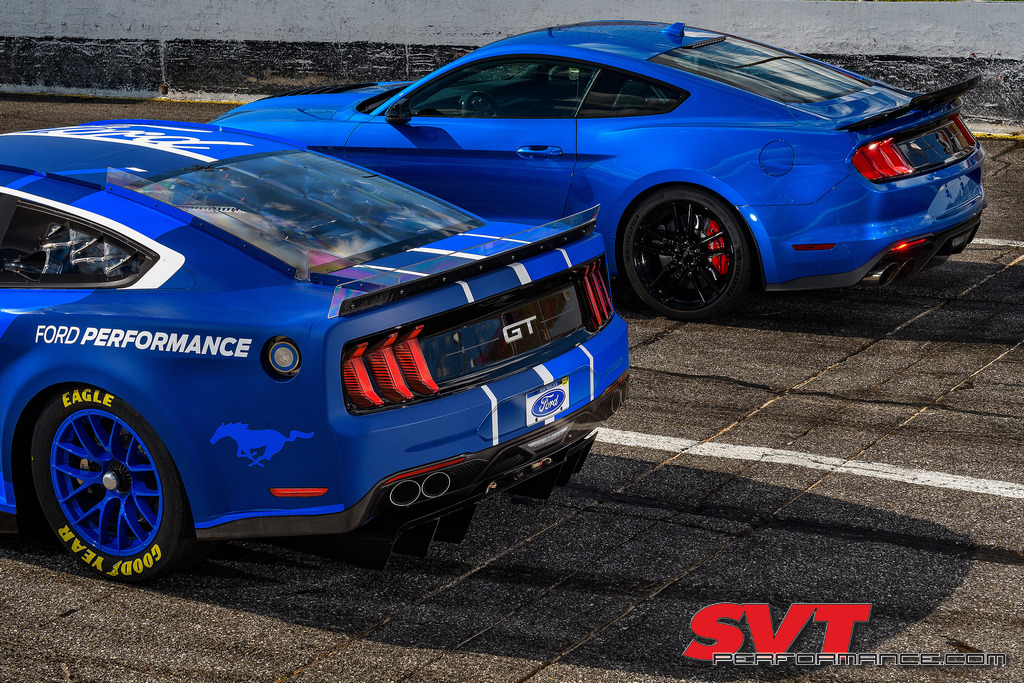 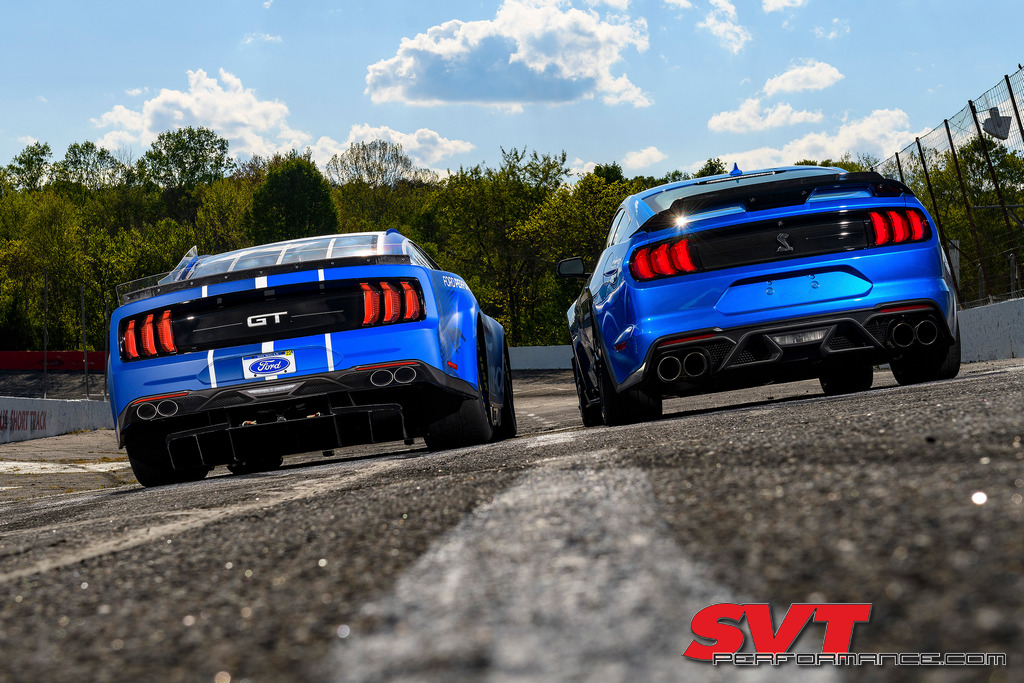 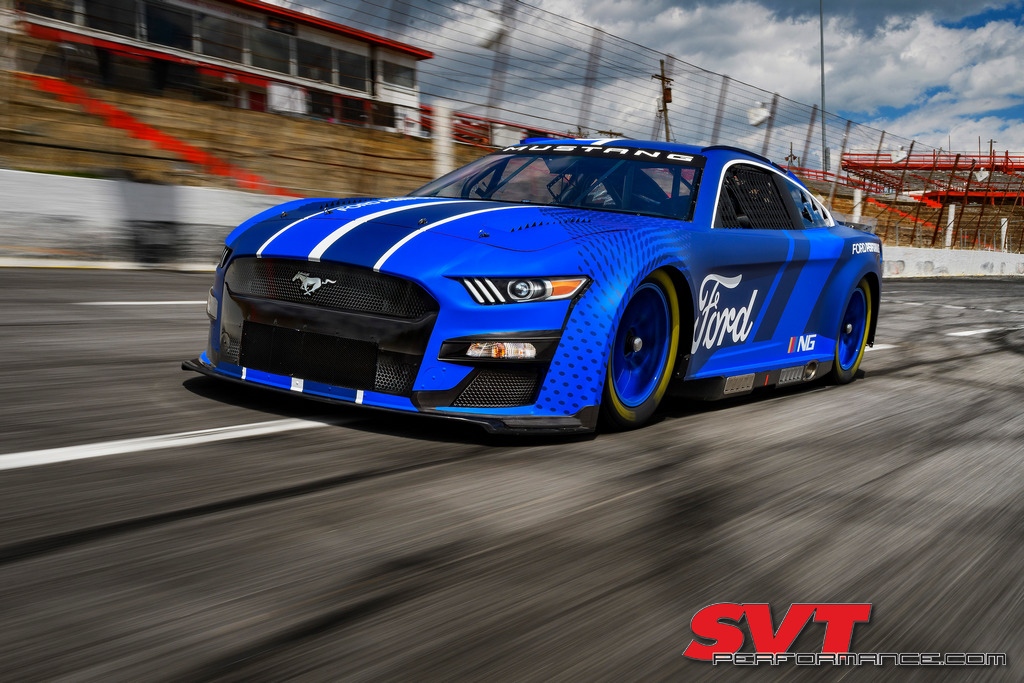 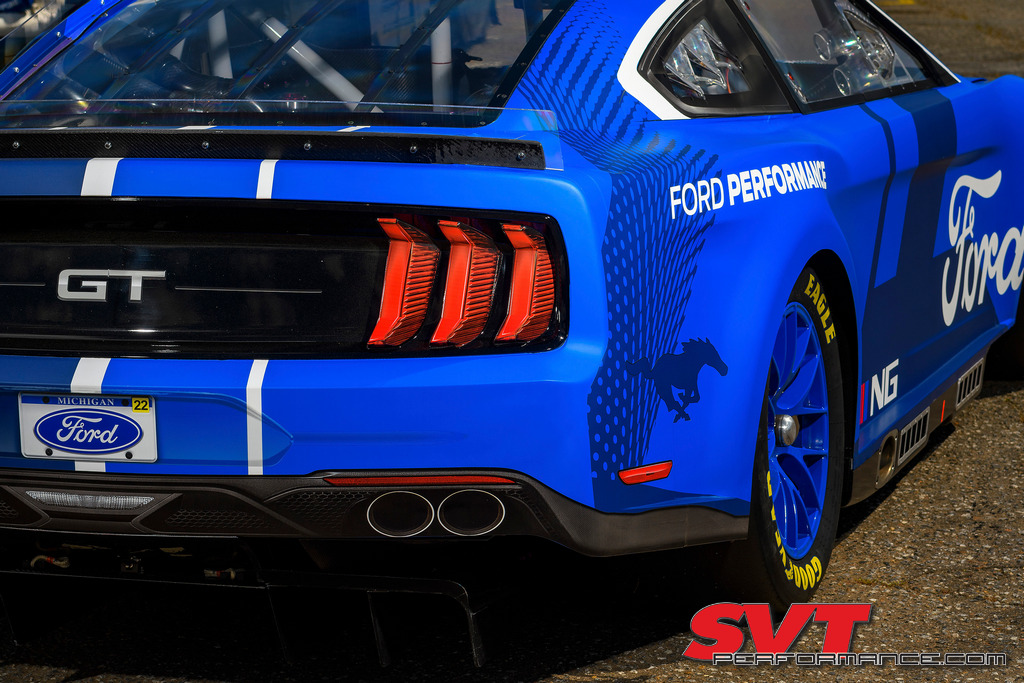 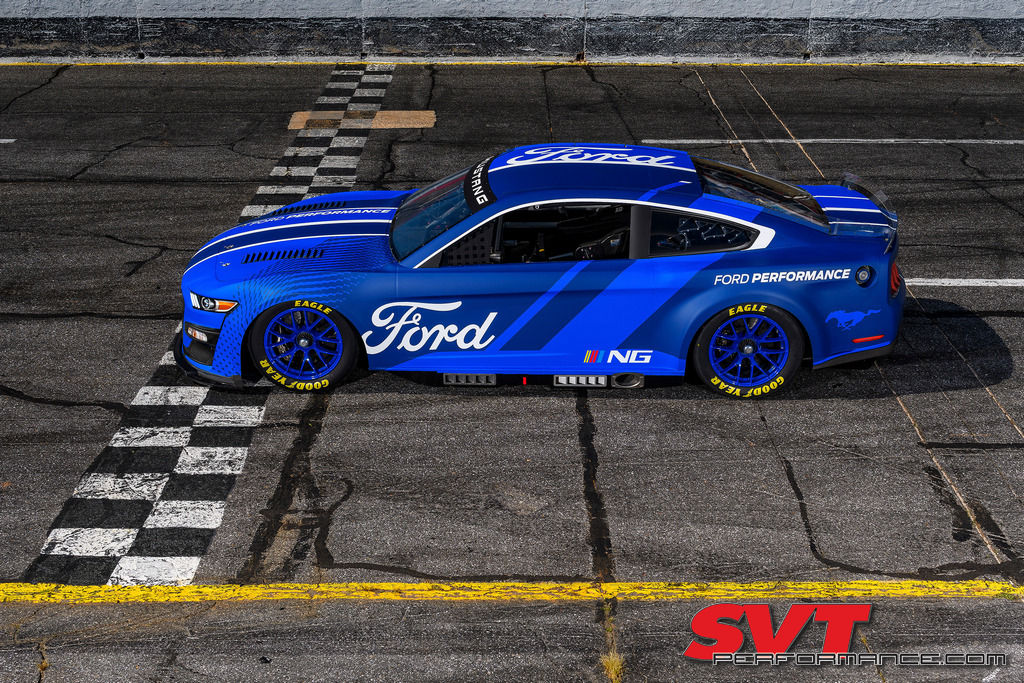 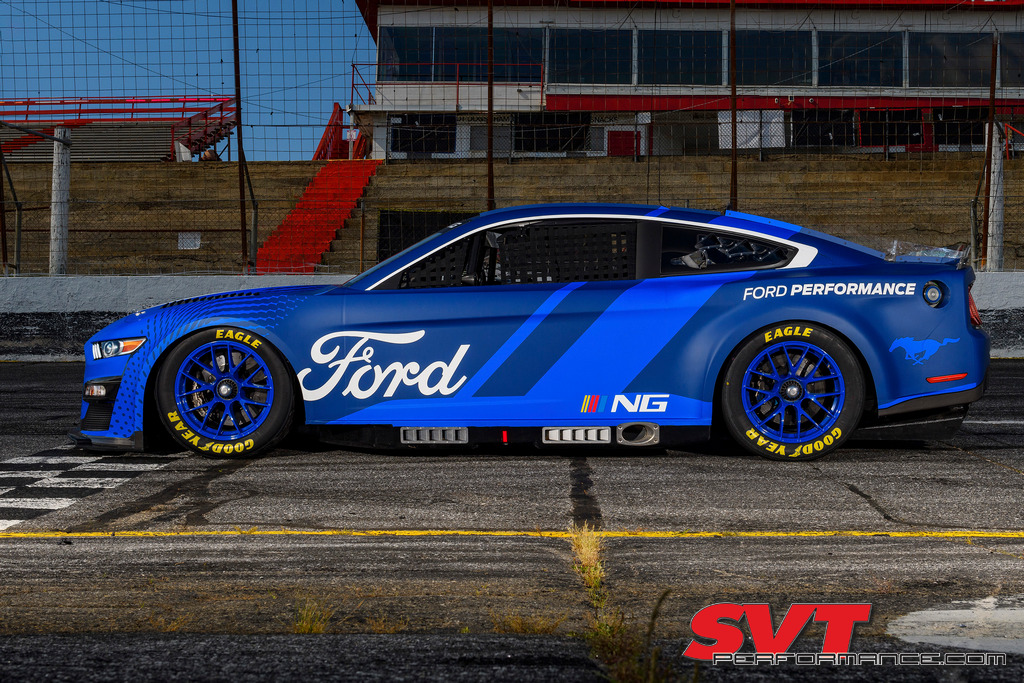 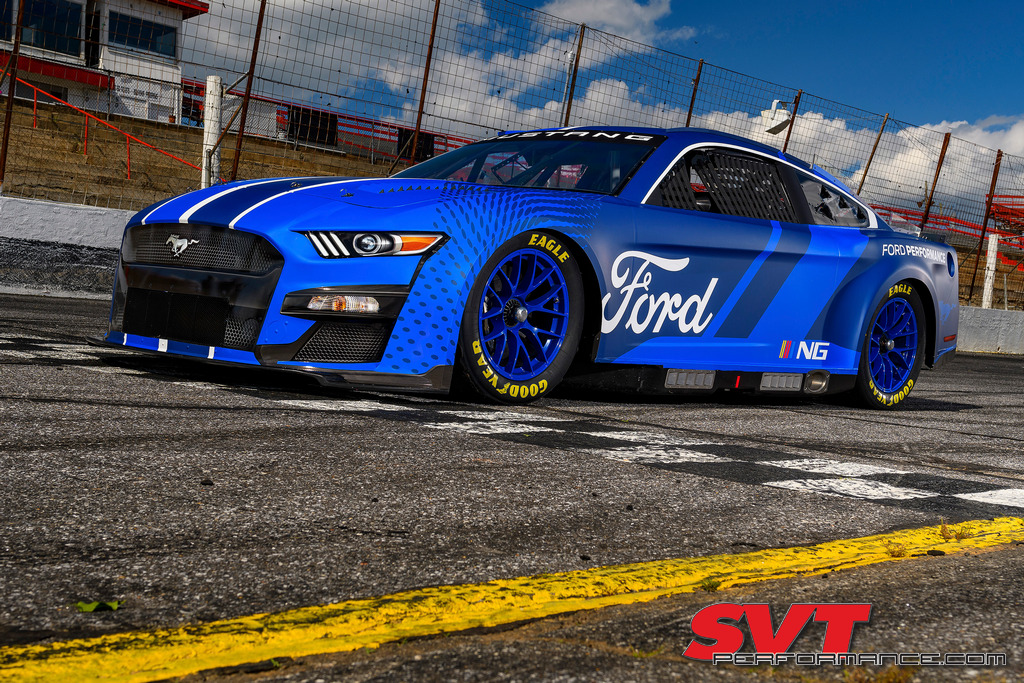 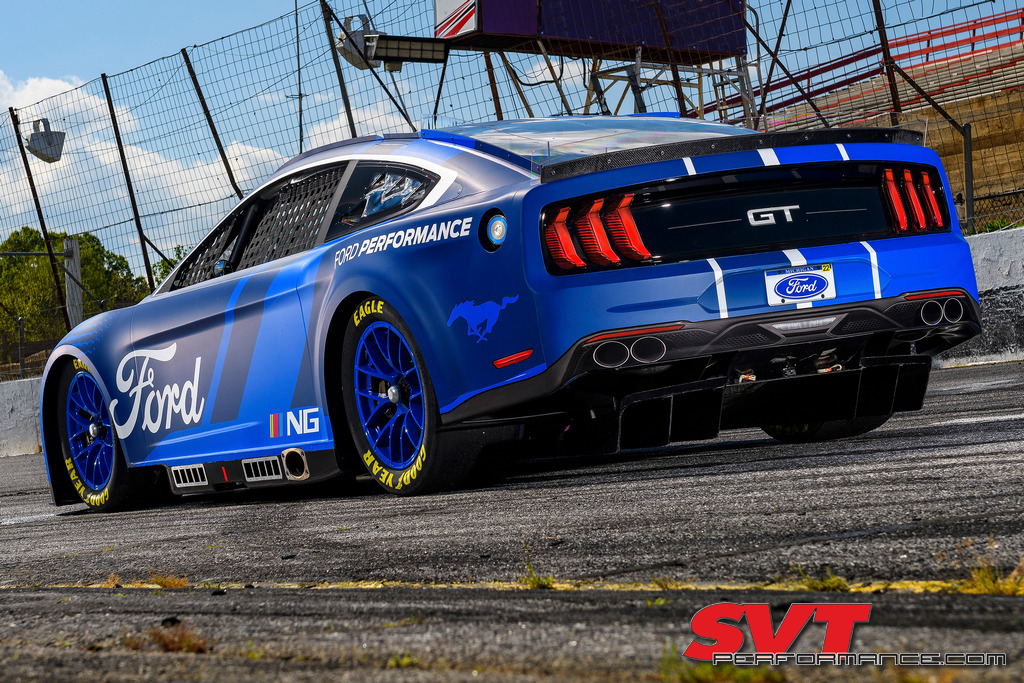 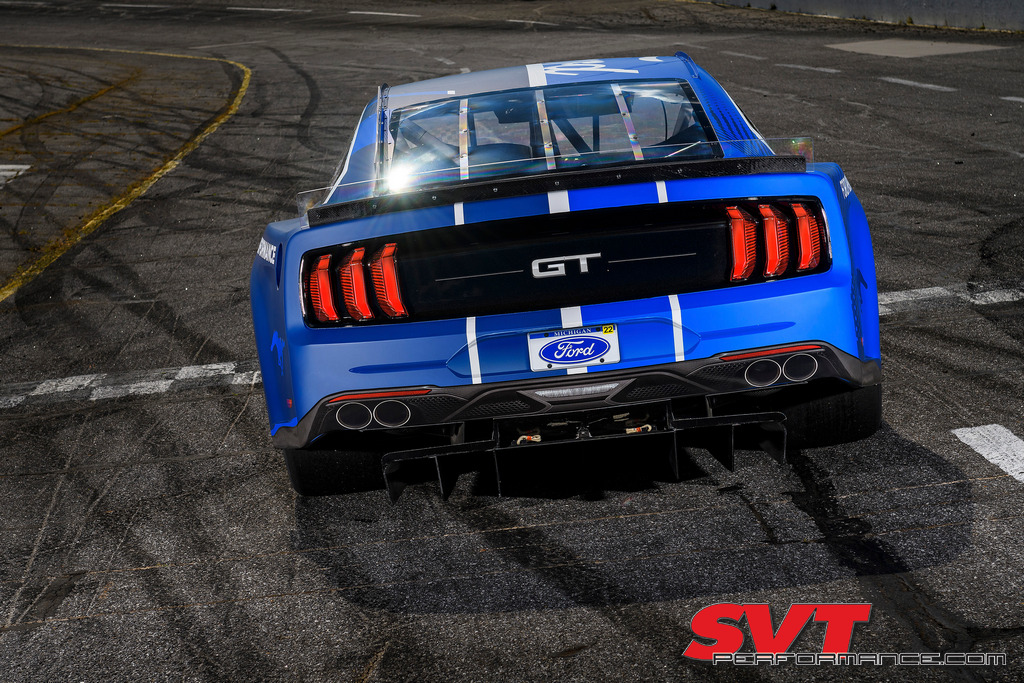 Were the sticker exhaust tips necessary?
LOL
Shelby front and badged as a Mustang GT?
I came in fully expecting to see the Mach E front end...

ZYBORG said:
Shelby front and badged as a Mustang GT?
Click to expand...

ZYBORG said:
Shelby front and badged as a Mustang GT?
Click to expand...

That was the first thing I noticed. Overall, it's nicely done.

So what's going to happen if Chevy follows through and cancels the Camaro? What would they use in this Series?
wow, sra to irs, h-pattern 4-spd to a 5-spd sequential transmission, 15 inch to 18 inch wheels for the first time in nascar history... big changes for sure

P49Y-CY said:
wow, sra to irs, h-pattern 4-spd to a 5-spd sequential transmission, 15 inch to 18 inch wheels for the first time in nascar history... big changes for sure
Click to expand...

Wondering how much learning will need to be done
My wife does business with a wheel stud/nut manufacturer that has been the major supplier to Nascar for years. They are losing quite a bit of business with the center lock system.

CobraBob said:
That was the first thing I noticed. Overall, it's nicely done.

So what's going to happen if Chevy follows through and cancels the Camaro? What would they use in this Series?
Click to expand...

New blazer lol
Lot's of big changes for sure idk how they will play out knowing ford lol. But wifey looked at nascar ticket prices for the poconos and i was blown away with how much they are now very disappointing..
Best thing I've seen is the return of the old Ford Motorsports logo:

The day they tried to hang bubba in the garage was my last day with NASCAR. This, after being an avid fan for decades. Haven't watched a single race since. I'm not going back.
Couldn’t care less about nascar but that does look good
Closest design to "stock" for NASCAR since the 70's.

Im offput by the choice to include "options for hybrid and electric powertrains".

As is, the last "real" racing on the mainstream stage is NHRA. A shame Ford decided to pull out of drag racing. Their loss.


Sent from my iPhone using svtperformance.com
Nascar, Ford and other manufacturers are cookie cutting the cars. I don't watch anything but rally. oB
How many decades late is this car? About time.