No Replacement for Displacement | Is it Time for a 5.7L Tall-Deck Coyote???

No Replacement for Displacement | Is it Time for a 5.7L Tall-Deck Coyote??? 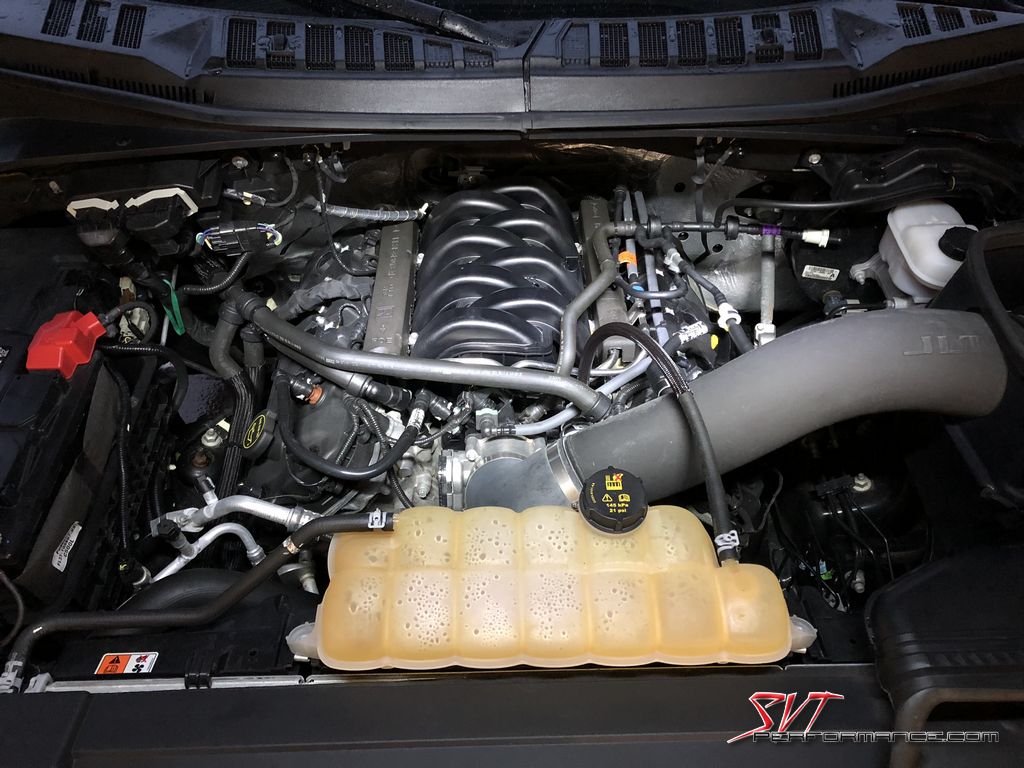 Let’s face it, the 5.0 Coyote V8 has introduced an era of Ford Pony Car dominance the likes of which we’ve never really seen. The Terminator absolutely crushed the competition in its day, but that was a time where Mustang was really the only active pony car offering. Coyote has had challengers from both Mopar and Chevy during its three (so far) generation run. In the GT class the competition doesn’t really touch if, and when you start adding mods the dominance is even more apparent.

However, once you leave the world of performance cars and step into the truck arena things are a bit difference. When you start adding weight low end torque and a flat torque curve start to become more important than high-revving horsepower. Then you have to consider that both GM and Ram are offering much larger displacement V8s. The GM 6.2L truck engine is particularly potent; and other than the cylinder deactivation eventually crapping out, it’s a pretty good engine. Rumor has it that Mopar is going to start installing a larger displacement HEMI in their half-ton trucks as well. 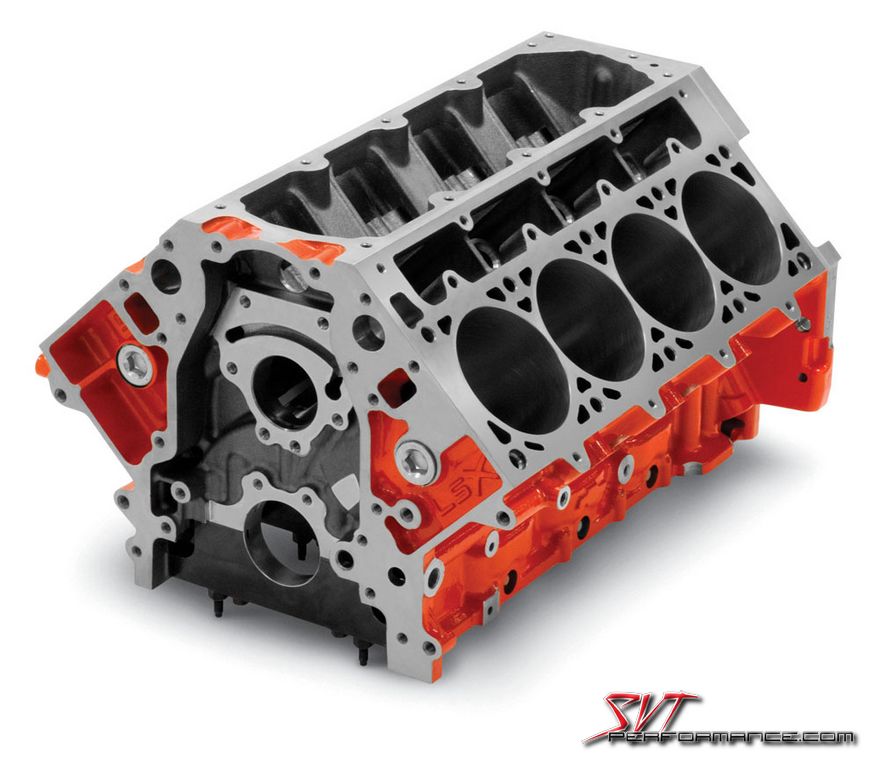 GM built this tall-deck LSX block and it can be stretched to 454 cubic inches.​
That leaves Ford with a comparatively small, yet far more technologically advanced, 5.0 V8 and a bunch of V6 engines. While the 3.5L EcoBoost is a seriously powerful engine, there’s a large contingent of buyers who can’t see themselves anything other than a big Ford V8. Ford those buyers even the fantastic Coyote may fall a little short of their expectations. But there is a throwback technique Ford could use to bring a new level of performance to the Coyote platform.

Which of these appeal to you?​
The first Ford modular engine was a 4.6L V8 (progenitor of the 5.0 Coyote) introduced in 1991 Lincoln Town Car. Six years later Ford stretched the 4.6 block to make the 5.4L V8 that we came to know and love across multiple utilitarian and SVT platforms. The same method could be applied to the 3rd Gen Coyote, and if the stroke were kept the same as the five-four you would end up with a 5.7L V8. To me; that is an appropriately sized top-of-the-line ½ ton truck V8, and it would take a minimal amount of effort from Ford Powertrain Engineering. 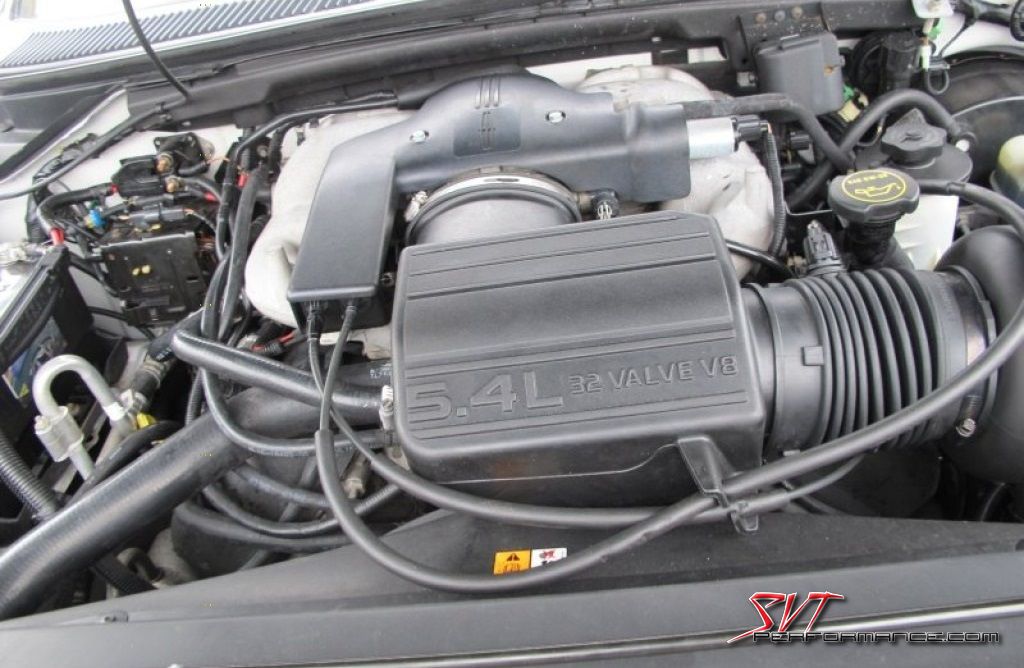 Ford has dropped a tall-deck 32V V8 in a "truck" before. Look up the Lincoln Blackwood.​
We would only need a handful of new parts to make this work. Of course you’re going to need a new tall-deck block, but that’s easy enough. They can either stretch the Coyote mold of Coyote’ize the old 5.4 block. Then there’re new rods and probably a cam profile. The primary timing chains and front cover are going to need to be a bit longer, and the intake manifold will have the be a bit wider. The wiring harness and exhaust will require a little tweeking. They might be able to just know the dust off the Trinity 5.8L crank tooling and use those forged arms. In any event, this isn’t rocket science. Ford could make this happen if there was a market for it. 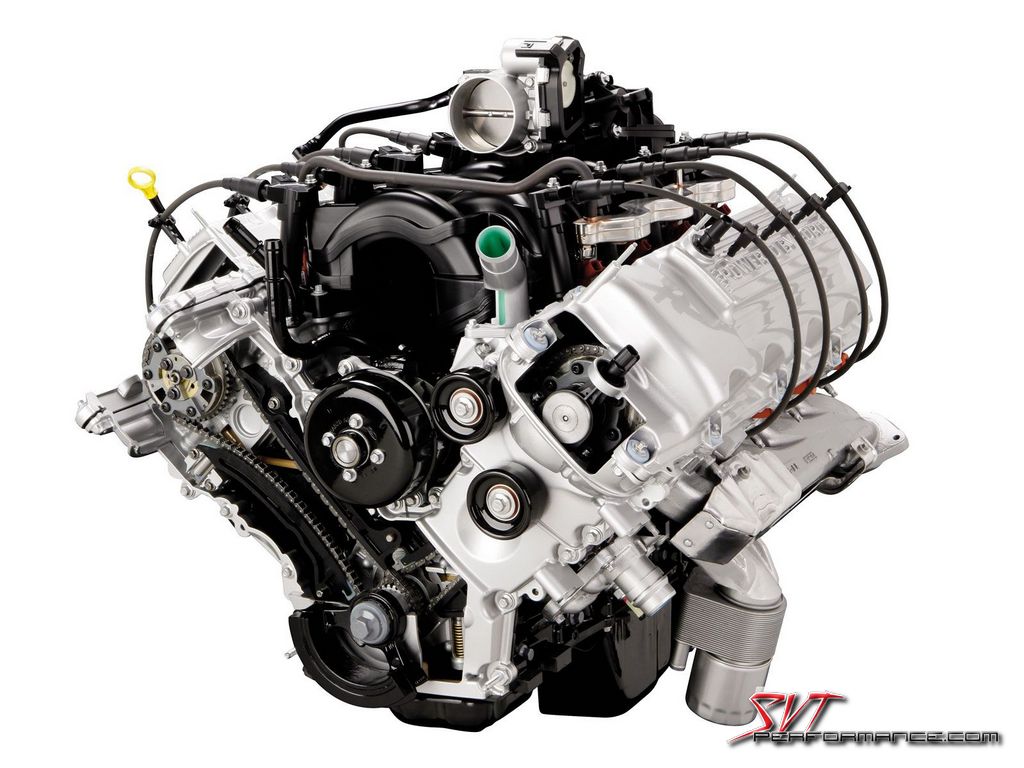 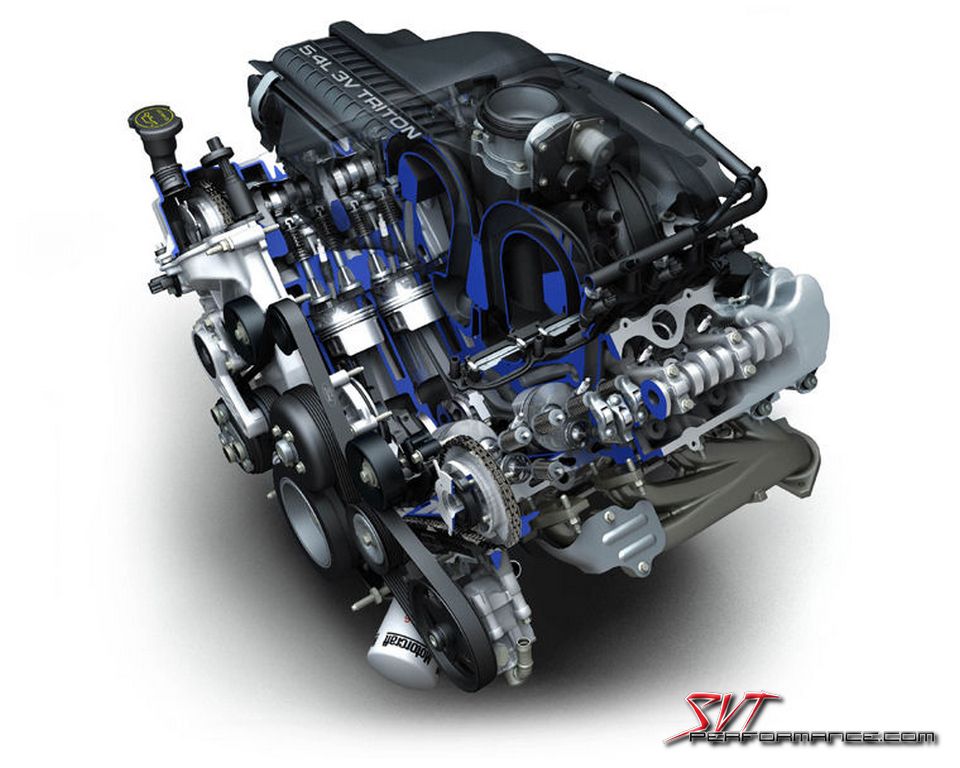 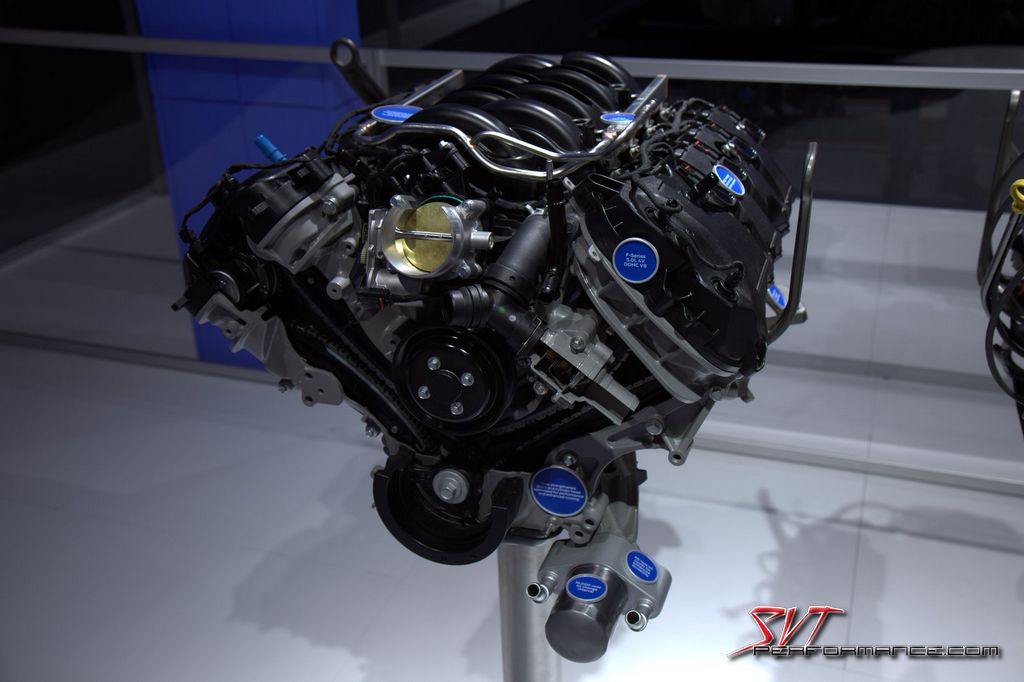 The 5.0 Coyote is a great engine, but the F-150 could use a little more V8 grunt.​
Personally, I think if Ford were to produce such an engine we could expect output to be a little higher. That’s mostly due to all the technology advantages the 3rd Gen Coyote architecture has over the old 3-Valve stuff. If I were to hazard a guess I would peg a tall-deck Coyote headed V8 at around 435HP @ 5700 RPM and 485 Lb-Ft @ 4000 RPM. 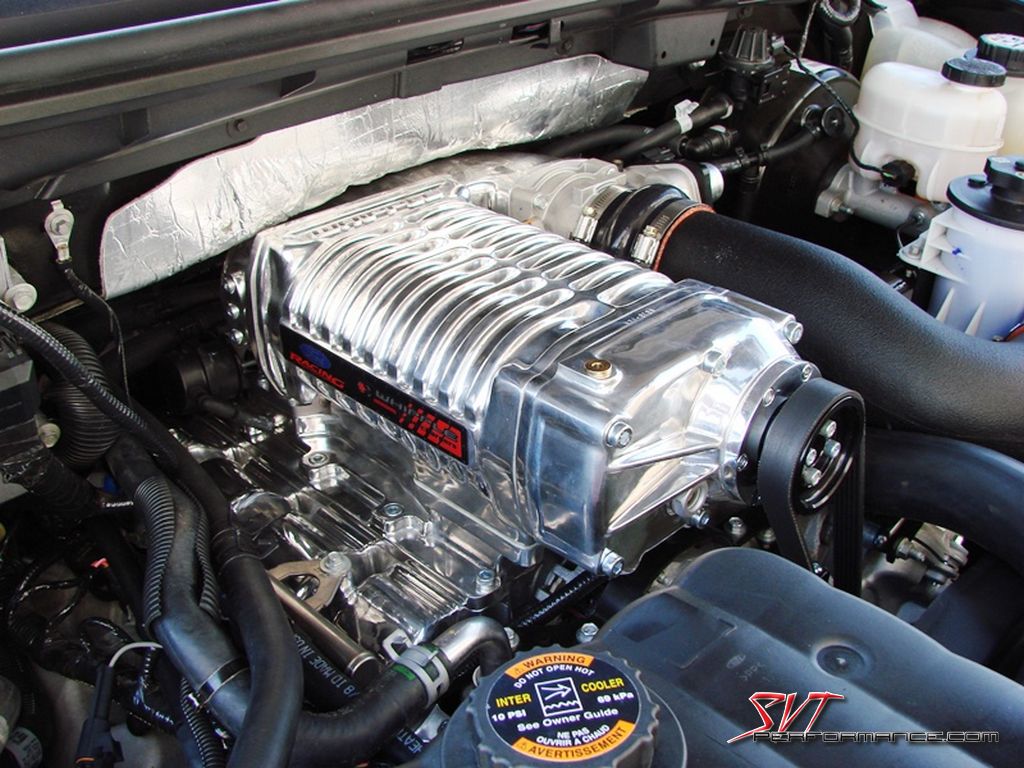 A positive displacement blower is a great way to add torque, but a longer stroke from the factory would be a lot more economical. ​
Now the big question, is there a market for a long stroke Coyote? There was a market for a 351 over a 302, and a 5.4 over a 4.6. I don’t see why there wouldn’t be buyers for a torquier version of one of the best V8s Ford has produced. But it really comes down to you guys. If a 5.7L Coyote in an F-150 is something you’d like to see post in this thread. Ford keeps an eye on SVTP, so they’ll see your opinion. Let them know. 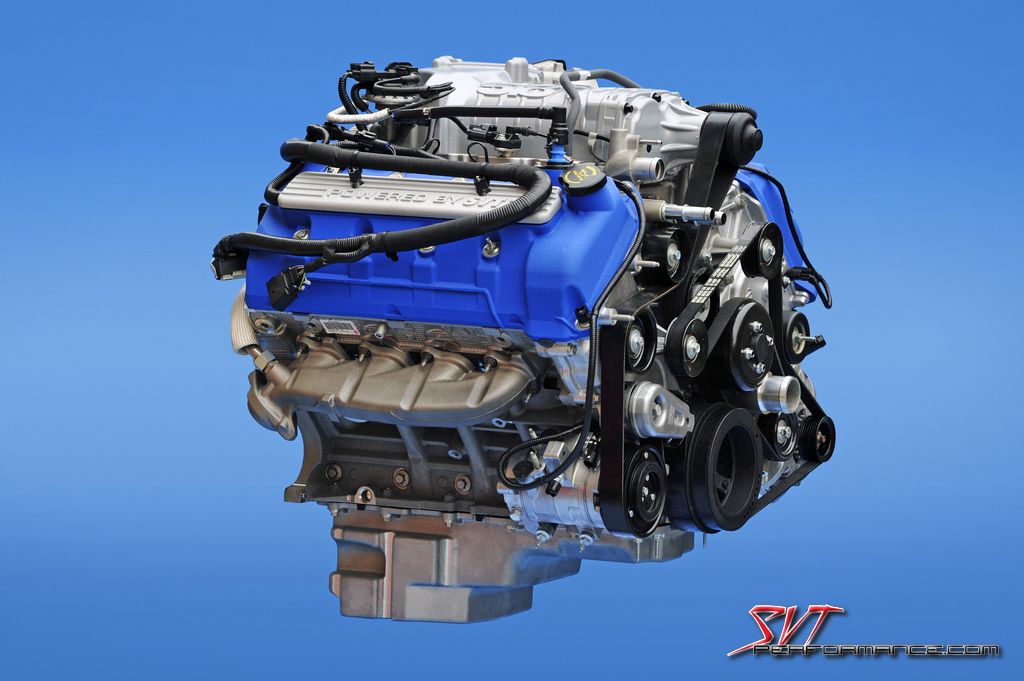 Just imagine a 5.8L Coyote headed V8 in a new Cobra Mustang from Ford. Tell them to make it a reality.
​
-SID297
Click to expand...

OK Ford, SVTP has done the hard part so how about you make it happen!
It should go without saying, YES. I know one of the reasons I love my Triton V10 2v is I make enough power and torque to pull a house, but I can do it on 87 pump gas. I imagine this is the same advantage the Coyote 5.0 has over the Ecoboosts. While not offering the torque curve of the EB, it makes healthy power on the cheap stuff.

There should never have ever been a question about a larger version of the Coyote. YES, BUILD. Ill also assume a 5.7 Coyote would be launched sooner than the next GT500 will be?
It would definitely be cool.
Why did Ford not seemingly spend any R&D into the 6.2L?
Just wasn't an efficient engine?

Remember reading rumors/posts about the 6.2 and how it could be bored out quite a bit. Make it in an aluminum block to save weight.

While it wasn't a world beater in the Raptor, you rarely hear any horror stories with the engine in the SD or Raptor worlds*.


*Stock, not with a supercharger that blows up the oil pump gear.
IMO, the 5.0 is not well suited for a truck if you want to tow with it on a regular basis. It will do the job but I think its lacking in the low end torque department like the article states.

Ford needs more V8 options, plain and simple or at least bring the 6.2 back.

A tall deck Coyote would be very interesting!
Interesting take.

But, given how they've pushed the EB engines indicates that they have been doing so to push their costs on development of that engine family down and make them more "mainsteam". Making a V8 that trumps the EB like that would hurt sales of the EB, which may not play into their long term business model.
I'd be all about it, but I'm not holding my breath. There's already like 5-6 engines in the lineup, something would have to give, probably the 2.7L? So it would be:

Voltwings said:
I'd be all about it, but I'm not holding my breath. There's already like 5-6 engines in the lineup, something would have to give, probably the 2.7L? So it would be:

I could see it, but I imagine a lot of the reason the 5.0 is such a badass engine is because the cost is heavily split between the Mustang and F-150. Hmm.

Voltwings said:
I could see it, but I imagine a lot of the reason the 5.0 is such a badass engine is because the cost is heavily split between the Mustang and F-150. Hmm.
Click to expand...

A new 5.7 could be shared with the F150,F250,F350 as a base engine for the F250.
Do it, do it.
The majority of us here are true Ford fans; while some just like a good forum to discuss performance and others bleed Ford blue.
However all of us agree the Coyote is a great engine that is handicapped by its lack of displacement.
I’d much prefer an updated Coyote/modular Ford V8 with larger bore spacing to allow the engineers more options.
That said, yes I’d very much want a tall deck 5.7/5.8 Coyote.
Just please make the block strong enough to double as a bomb shelter.
-J
I love the idea but it needs to be a 5.8L and not a 5.7L. The question is how much more would it drive the price up of the already insanely priced F150?
This idea would definitely influence my next truck purchase
Maybe what they're thinking is that it would be even easier to twin turbo the 5.0 than tall deck it. The turbos could be sized to handle the low end torque for trucks/pulling. And larger units for more air/power further up in the RPMs.

kazman said:
This idea would definitely influence my next truck purchase
Click to expand...

GodStang said:
I love the idea but it needs to be a 5.8L and not a 5.7L. The question is how much more would it drive the price up of the already insanely priced F150?
Click to expand...

I thought that, but for truck duty I think they would probably use a slightly smaller bore. Thus you get the 5.7L.

I doubt you'd see such an engine in a Super Duty due to the spray bore liners.