Ever stumble across something that you're not sure you're supposed to have? Well that's the situation I recently found myself in. A few weeks ago I sent a request to Ford for some footage of the 2013-14 (we're not sure which, not that it makes a difference) SVT Shelby GT500 testing at various tracks. I had planned on putting together a little montage video of the baddest Mustang produced to date. SVT and Ford has always been very accommodating with our media and information requests, and this was no different. However, once the thumb-drive arrived things got really interesting.

Mixed in with the various clips from the various tracks was one that stood out; a full all-out test lap from The Nürburgring. As far as I know, Ford has not released any official 'Ring lap times or footage for the GT500. I have a feeling that this video file may have been included erroneously, but Ford did say I could use everything on the drive. So that leads us to the video above.

I trimmed a little off each end of the file and added a timer. I based the starting and ending points from conversations I've had with various "'Ring-Run Experts". It appears that most timed laps begin at the exit of pit row and ends at the first white stripe after the gantry. That description may sound a bit vague, but it'll all become clear once you watch the video.

By my rough calculations, which are no replacement for proper vBox data, the 2013-14 GT500 ran its 'Ring lap in a bit less than 7:40. Not only is that very impressive; but it also bests the SVT's chief rival, the Chevy Camaro ZL1's 7:41. In fact; it's just a few tics behind GM's purpose-built stripped-out track-car , the Camaro Z/28 and its 7:37.5. However, this is where things get very interesting. While there's really no such thing as an "official" lap time at The Nürburgring, if GM was trying to use the same starting and ending points as most it appears that Chevy may have fudged their numbers ever-so-slightly.

In doing my research on the timing points I took a frame by frame look at GM's Camaro videos. I noticed that with the ZL1 they appeared to start the clock ~6 frames late, but with the Z/28 they stopped the clock ~11 frames early. Both of these instances shaved less than 0.5 seconds off the lap time. Still, I thought it was worth noting. However; as I stated before; producing manufacturer backed 'Ring times is not an exact science, nor are my video based calculations: 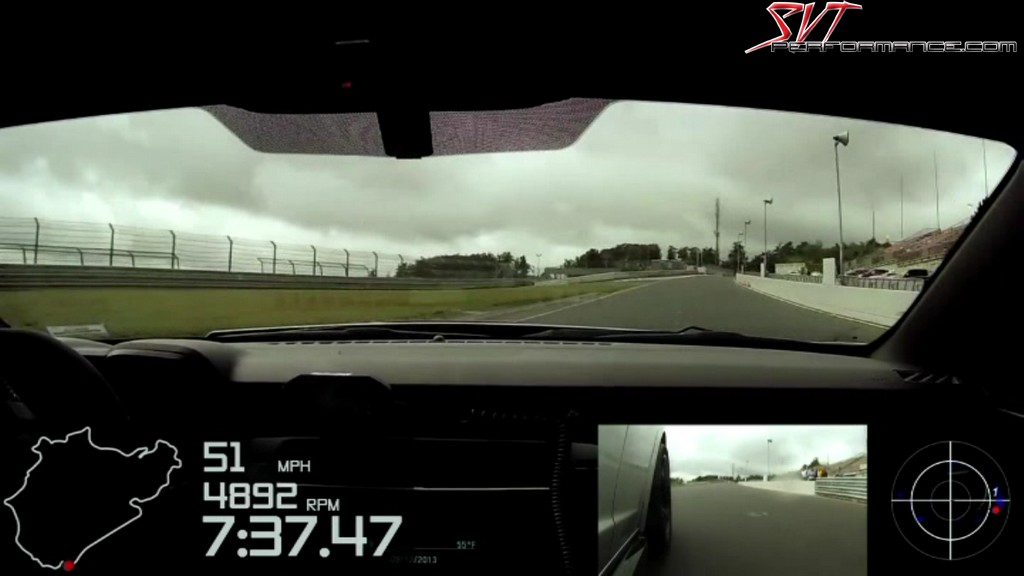 However, the "official" ending point is the white line that can be seen in the smaller video at the lower right. 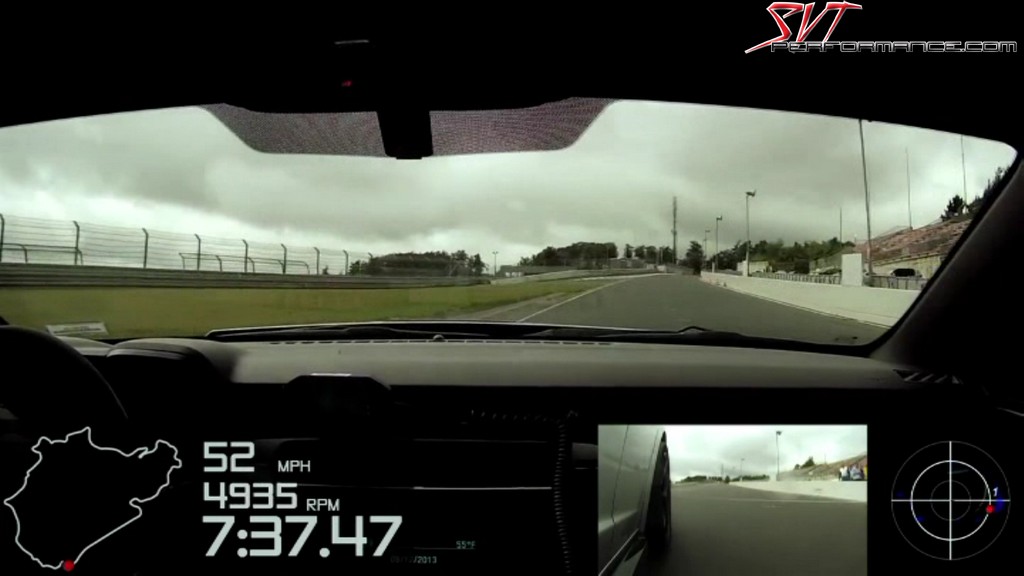 The Z/28 actually crosses the line ~11 frames later, which is nearly 4/10ths of a second later than Chevy's "official" time would indicate. 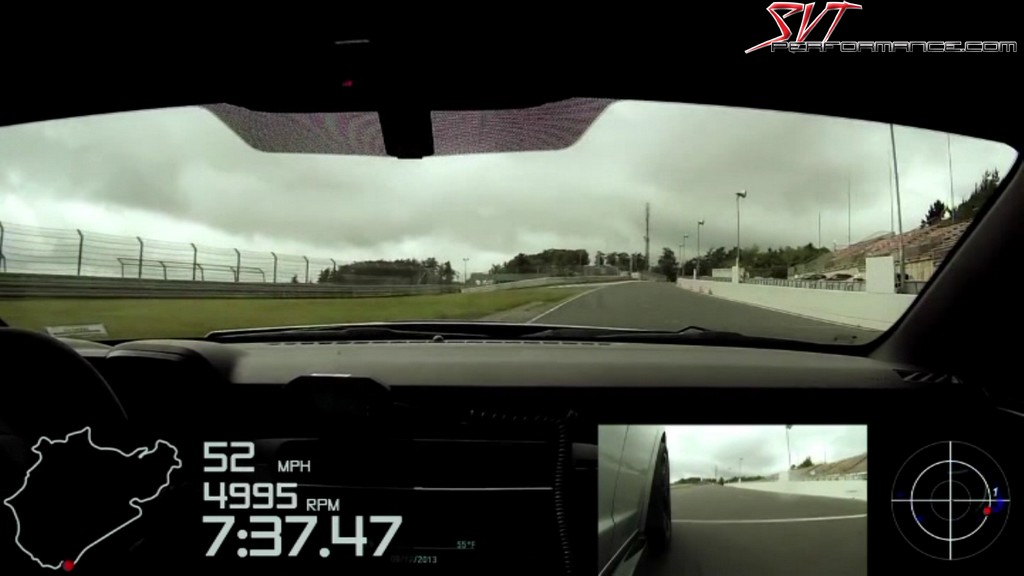 For the Camaro ZL1 Chevy appears to have started the timer a bit late. I would have started it at this point, just as the car passed the guardrail on the right. 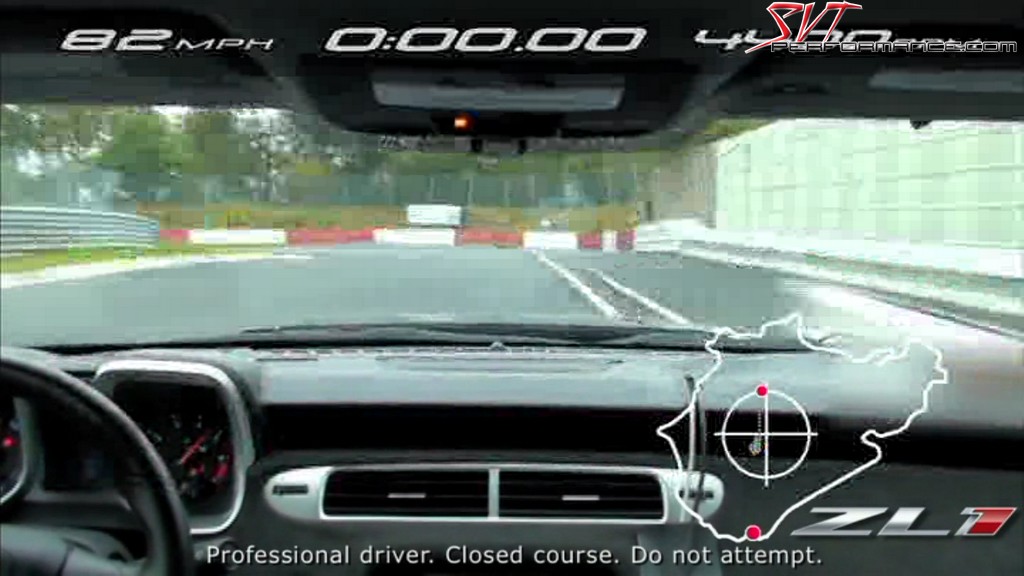 However, as you can see here the car has passed the rail and the clock has not yet started. 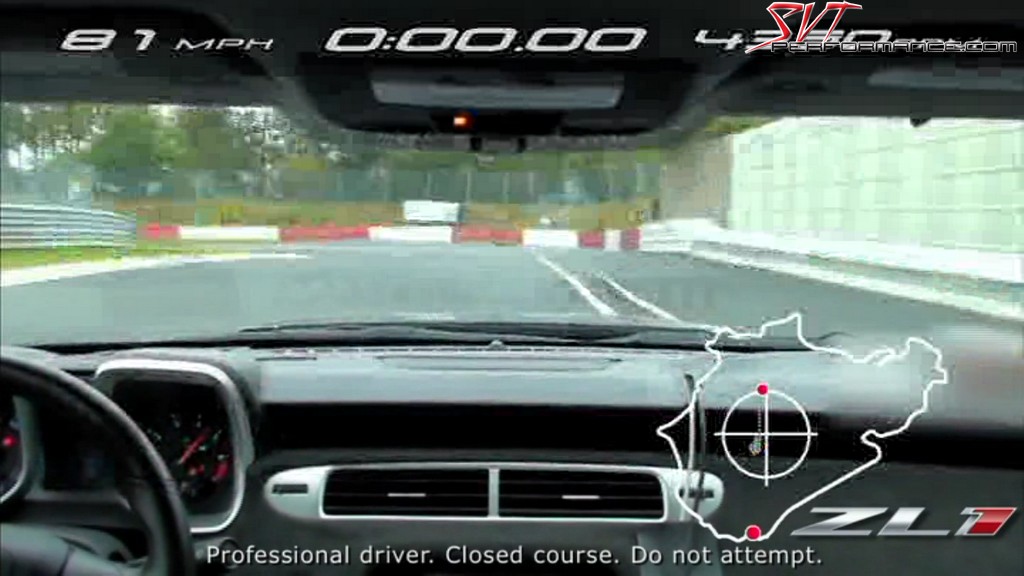 The ZL1's lap timer doesn't actually start until ~6 frames after the front of the car passes the rail. That would equate to about 2/10ths of a second. 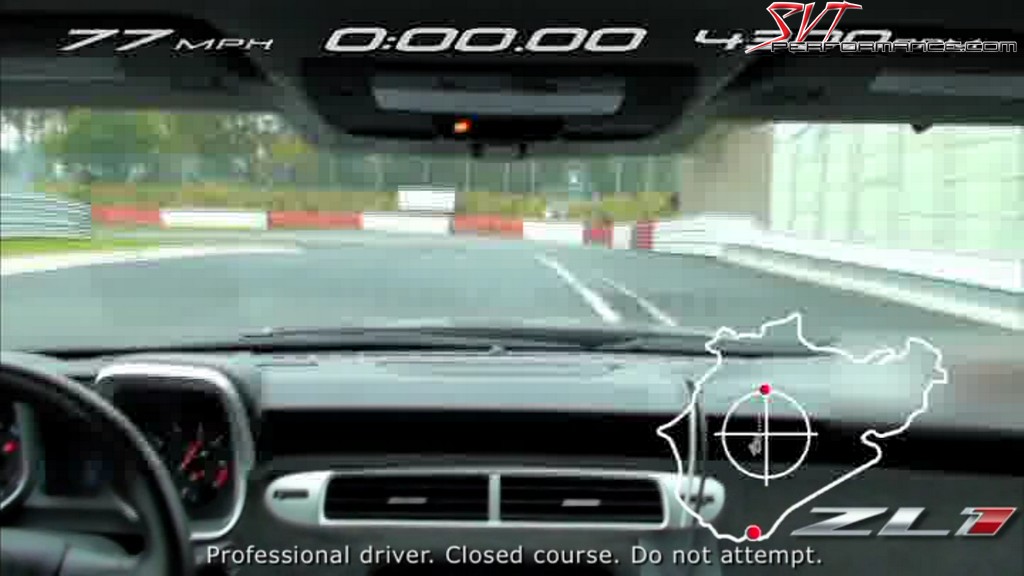 Granted, none of those observations entirely conclusive. Still, they are interesting. Just for fun though, I decided to produce these two videos as well (both Chevy videos start and end at their respective "official" times):

This first one is a split-screen view of the 2013 SVT GT500 and the Chevy Camaro ZL1 running at the 'Ring.


The second video is the Shelby running split-screen with the 2014 Camaro Z/28.

None work. I have a problem with this.

Rosco P said:
None work. I have a problem with this.
Click to expand...

They're all set to public, may take a minute to propagate.

If this is true, there is going to be so much butthurt from the other camp.:nonono:

So badass! I've been waiting so long for this. Great vid!

Great video .. thanks for posting!

Wow, you put in a good amount of work on that SID.
What you explained makes perfect sense, and there is footage to prove and explain it.

Pretty much what I expected. Both cars are close in the corners(ZL1/GT500), but once the road straightened out, the GT500 was able to pull ahead with ease. Would love to know how fast it was running on the last stretch.

D.T.R said:
Wow, you put in a good amount of work on that SID.
What you explained makes perfect sense, and there is footage to prove and explain it.
Click to expand...

It was really pretty simple. I only found about about Chevy's inconsistencies because I was trying to figure out the best places to start and end the timer on the GT500 video. I didn't go out looking for it.

black92 said:
Pretty much what I expected. Both cars are close in the corners(ZL1/GT500), but once the road straightened out, the GT500 was able to pull ahead with ease. Would love to know how fast it was running on the last stretch.
Click to expand...

Wouldn't be hard to figure out an average speed if you know the distance between two fixed points.

I've had the argument with idiots for years that Ford just doesn't give a **** about marketing Ring times.

Then they say "blah blah blah if Ford had a ring time they would show it."

And now they know I was serious.

This is pretty awesome!

edit: I can clearly see the GT500 pass the ZL1, and it finishes ahead by a few ticks. I definitely think he hit at least 180mph down that straight, based on my experience and using the ZL1 posted speed. The Z28 sounds nasty and you can clearly see how well it sticks to the road on the corners.
Last edited: Oct 29, 2013

Cool find, I drove my 11 GT on it at the beginning of the month. Was very wet though. Still an awesome experience. Planning on going again soon before the season is over! I've seen one 13 GT500 on base, it was Grabber blue. There's probably 6 newer mustangs driving around base. I need to get them to go with. Too bad winter is approaching.

Thanks for the video!

Devious_Snake said:
This is pretty awesome!

edit: I can clearly see the GT500 pass the ZL1, and it finishes ahead by a few ticks. I definitely think he hit at least 180mph down that straight, based on my experience and using the ZL1 posted speed. The Z28 sounds nasty and you can clearly see how well it sticks to the road on the corners.
Click to expand...

Maybe it's just the perspective of the camera, but the GT500 looked it was on rails for the most part. Extra sticky tires I'm guessing? In any case awesome video. Oh yeah Live Axle FTW! Don't know why journalists have to dog the Mustang so bad for the live axle. It works, and clever engineering has made it work really well.

So much for the GT 500 not being able to hang in the corners. Damn, both cars were scooting!