Who’s given up motorcycle riding?

I never got into riding motorcycles for many of the reasons stated by others. A quick thrill just isn't worth putting my life in the hands of every driver around me. I'll stick to the cage life.
A

Moved from the street to dirt a while back. Still tons of fun!

Rode from 2000-2010 before giving it up after a friend was killed. Haven't even thought about riding again, especially since I have kids now. Georgia drivers are terrible and there is no way I'd ride a motorcycle in this traffic.

I quit before I started. My father’s best friend, who’s an avid rider, offered to show me the basics when I got my Honda. It was decided that a certain weekend, we were going to take it to my local high school football stadium (big parking lot that, most of the time, is uninhabited). Well the Tuesday before that weekend, that man was hit on his bike. And for 8 weeks the only appendage he could move was his right arm. There was a rod that was screwed in his pelvis, coming out of his body and going into the other side of his pelvis, holding him together. 4 surgeries in 4 days for other broken bones and rods and screws being put in.
I took it as a sign. I’m not going down this road. And if something like this happened to me and I couldn’t drive a manual I wouldn’t be a happy camper. Also converting the cars to autos would cost quite a lot.

Sold my ZX10R when I moved from a city of 30k to one with 700k and literally the worst drivers I’ve seen in my life and I’ve driven all across the country for work.

Spaced out and aloof drivers are what will kill you, not aggressive ones.

I grew up with dirt bikes and around 18 I bought a street bike, quickly upgraded to a 600RR and rode that for a while.

Not sure exactly what made me stop but I think it was a particularly rough ride.

My 600 had a -1 +3 so the fuel economy was terrible, I swapped my room mate for his ninja 500 and rode to Montana to "meet" my parents who flew up there and my mom was livid.

On the way back home (550 miles), it was 40 degrees and raining and it was like late June, so I had my summer gear. I've never been that cold in my life. I think that made me not want to ride on the street anymore if I had to guess. I never laid a street bike down which I'm thankful for, but I have got my ass handed to me in the dirt more times than I can count lol.

I just bought a shitty dual sport chyna bike as a pit bike that I will take camping.

No way in hell would I ride a bike here. That said, it never appealed to me.

Some of the best times of my life were had on a bike... then moved onto cars... did so much dangerous shit to have died more than a handful of times... now life isn’t just about me, so I gotta make sure I stick around for a few.. 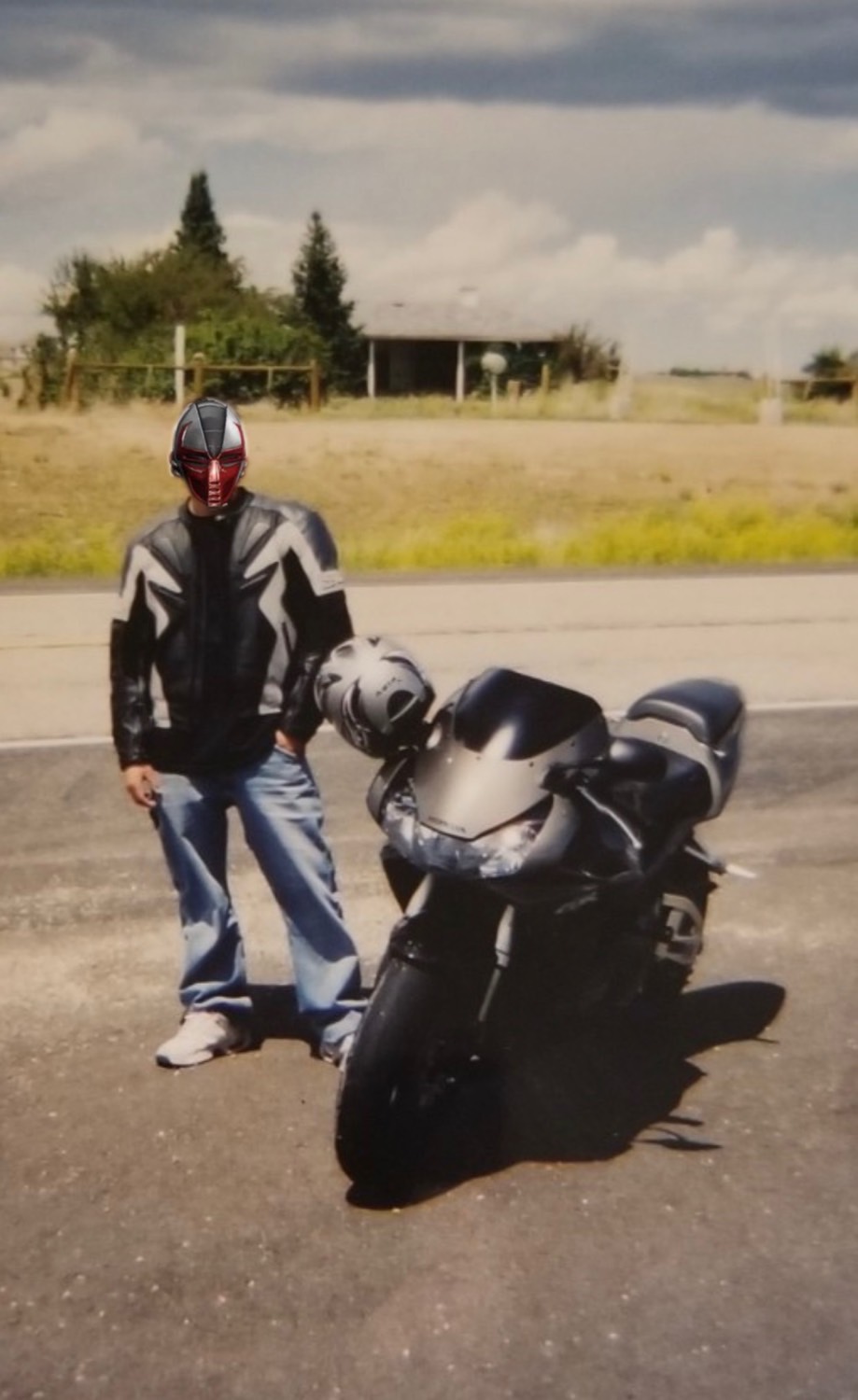 ZYBORG said:
Some of the best times of my life were had on a bike... then moved onto cars... did so much dangerous shit to have died more than a handful of times... now life isn’t just about me, so I gotta make sure I stick around for a few.. 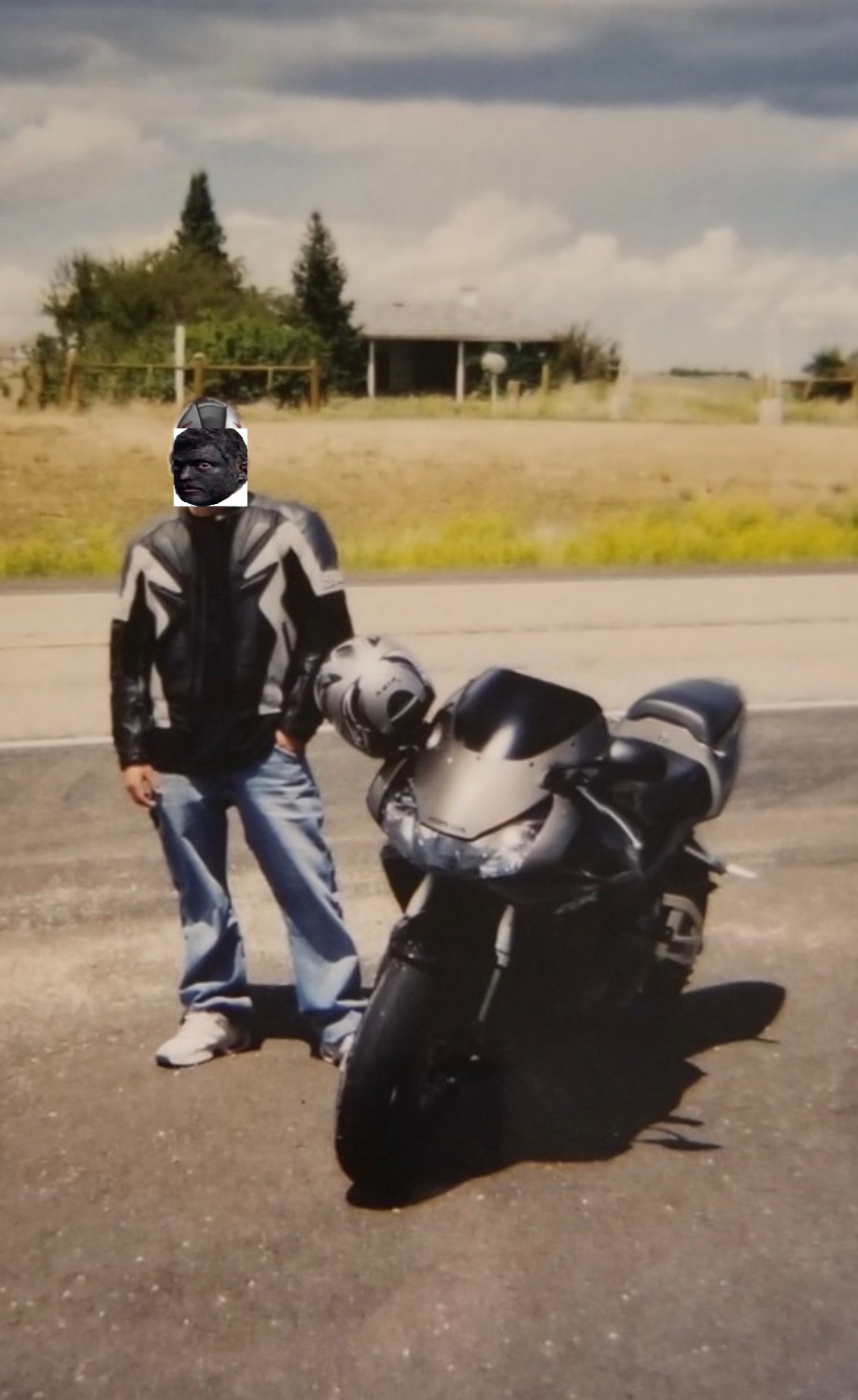 Haven't rode in a few years due to knees, back and wrists but I do miss it.

Like others here, I stopped due to kids. When my 2nd kid was born, I knew riding all day on a Saturday or Sunday was going to cause an argument or 2 with the Mrs. From 2000-2010 I rode as much as possible from Spring to late Fall. Bikes I had
2000 Gsxr600
2001 TL1000R
2002 TL1000R
1996 Harley Springer softail
Once spring hits I get the urge to buy another one. However, my job is a great check as I unfortunately go on a handful of serious to fatal motorcycle accidents each year.

The new Busa is calling to me in a big way. I must resist though. I stopped riding years ago due to shitty distracted drivers. I almost get sideswiped every day in my big ass truck by idiots with their faces buried in their phones I'm not taking that chance on a bike anymore.

My buddies bike when I went pick it up from the impound lot. He got brake checked, grabbed a handful of brakes, endo-flipped the bike into the car that checked him up on 45 North.. 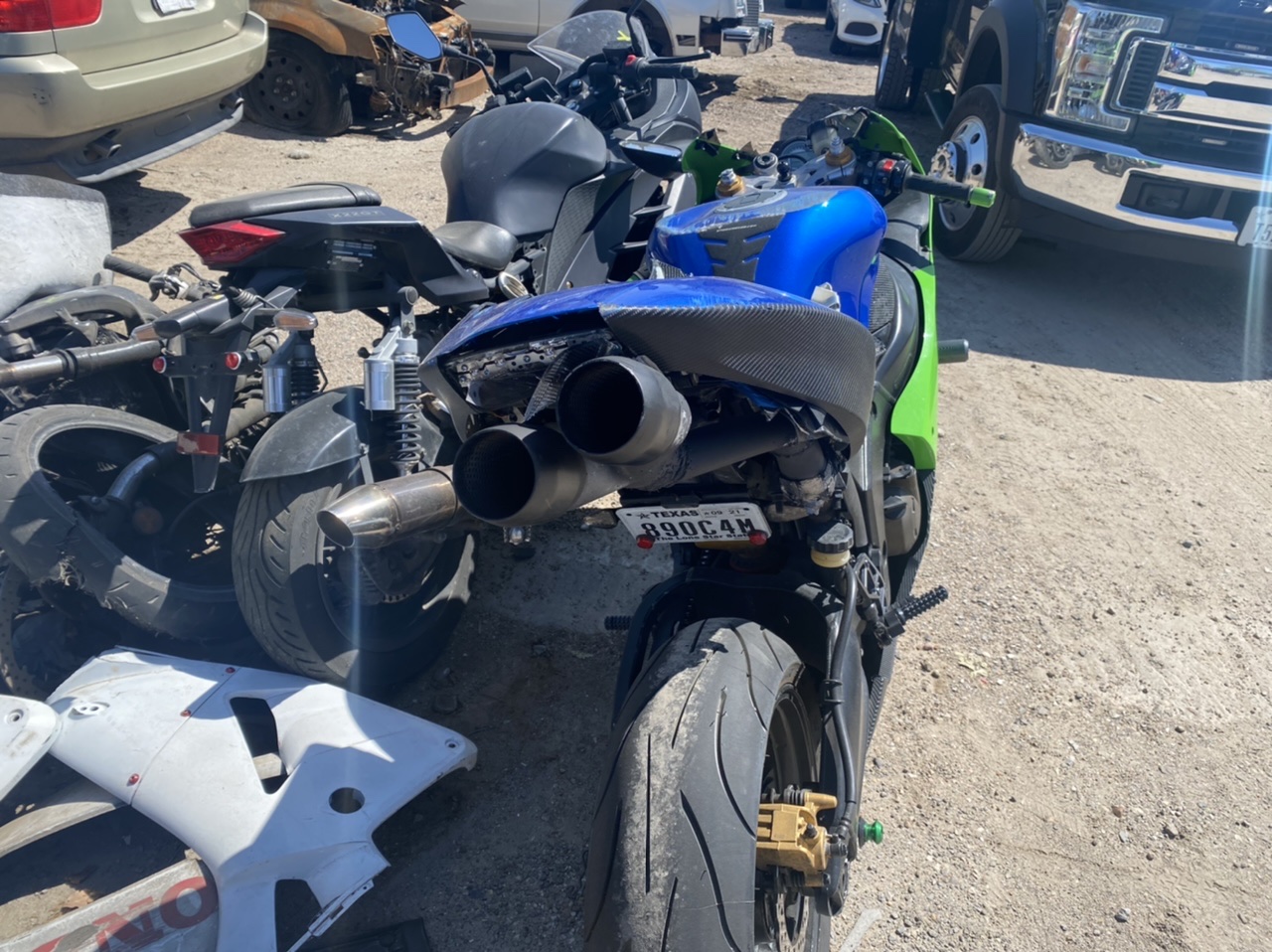 Rode for 8 years, owned 3 harleys in that time span. Rode bike-only for about a year and a half. Some guys live the bike only life, I did it and killed the joy of riding. Got a great deal in a 14 GT and said adios to Harleys, cruisers and terrible performance.

A few years later, I needed a carpool lane capable and better gas mileage ride to work. Living in San Diego county, I had a 70 mile daily commute in the months before I moved to AZ. I bought a 2004 Yamaha FZ1 and jesus christ did it blow all the Harleys out of the water. Like, the performance of the FZ1 literally made me salty about all the money I threw away on Harleys. Best bike I ever owned.

Almost got smoke a number of times on the Harleys, and once on the FZ1 in CA. Moved to AZ and my God, its indescribable how much WORSE the drivers are out here. I felt far more comfortable lane splitting the 5 in SD, orange county and the occasionally jaunt up to LA than I did in normal traffic in Phoenix.

Add to it I was getting bored not riding at or over 100mph, mixed with shity Phoenix drivers ... not a good recipe.

I miss it occasionally when I see a liter bike go flying by. Ironically, I've developed a bit of distain for Harleys, lol.

Mpoitrast87 said:
Always wanted to get into it but, saw way to many deaths. I cant imagine riding being to fun when you constantly have to be in defense mode.
Click to expand...

I rode with a decidedly Offensive mindset. Yes, it inherently makes you an asshole, but I dictated how others to reacted to me. Defensive riding, in my opinion, is a fast way to getting smoked.


03Sssnake said:
My buddies bike when I went pick it up from the impound lot. He got brake checked, grabbed a handful of brakes, endo-flipped the bike into the car that checked him up on 45 North..

RedVenom48 said:
I rode with a decidedly Offensive mindset. Yes, it inherently makes you an asshole, but I dictated how others to reacted to me. Defensive riding, in my opinion, is a fast way to getting smoked.

coremaster21 said:
I have been in two motorcycle accidents in the past year and they have both been my fault. And both on a Bmw s1000rr.
First was a 2012 - I was riding with a few buddies going around a blind corner and rear ended one of my friends because he slowed down and I didn't know it till it was too late; got a concussion, broken thumb and road rash. About 6 months later I sold that bike and bought another Bmw, this one a 2016. Last month I low slided it into a guard rail taking an off ramp. Sprained my wrist and my ankle with more road rash.

I always wear good gear but I can only buy so many helmets lol. I started riding about two years prior to all this and never dropped my bike, wrecked or anything. Once I started meeting other biker friends and going out late at night that is when it all turned for the worst. I have been scolded by my parents, girlfriend, leadership its been pretty terrible but at least I still have my life and all of my limbs. I will probably keep my bike once its repaired but keep it in storage for a while until I grow up, too attached to let it go.
Click to expand...

*Dress for the slide not the ride 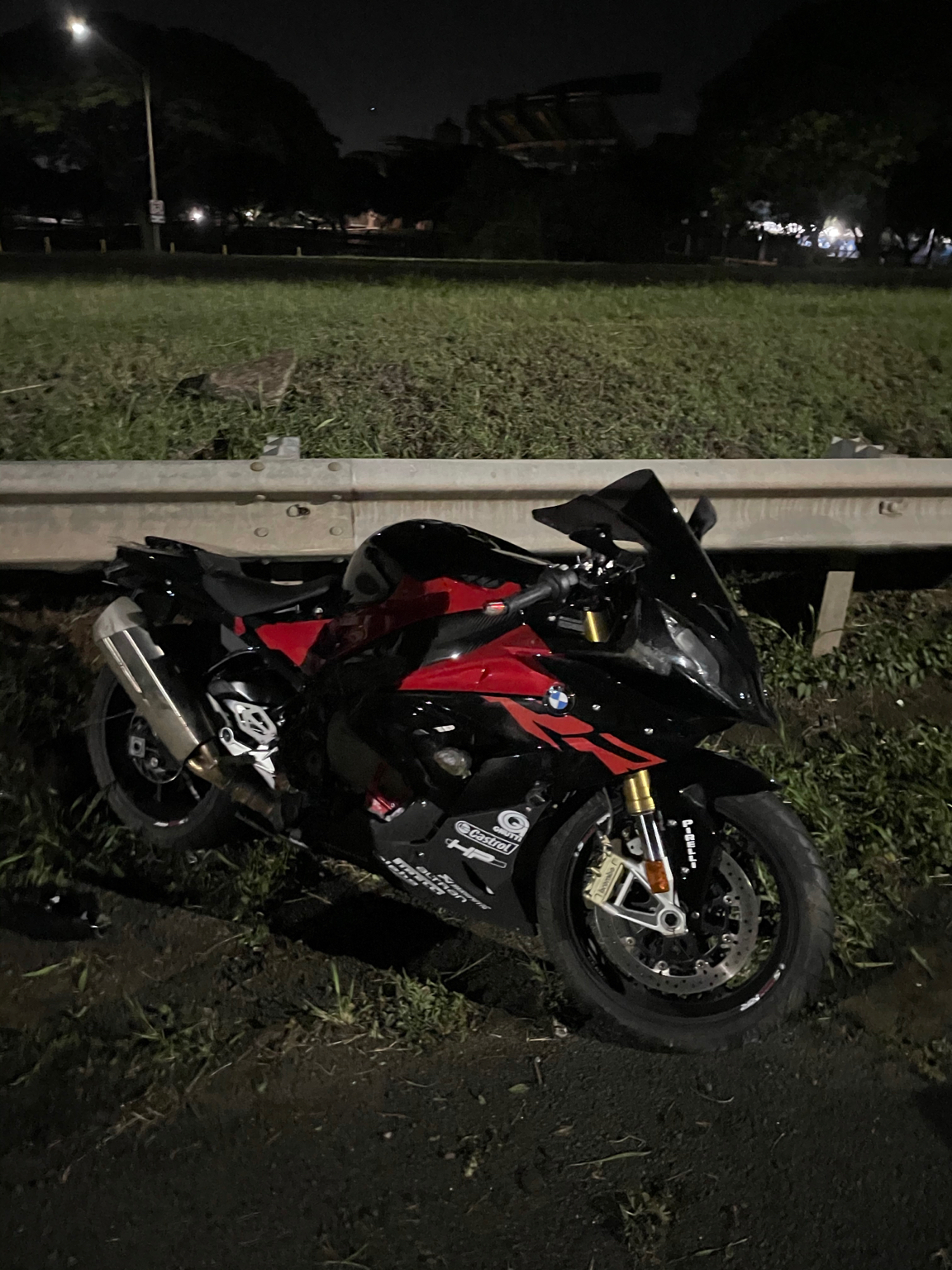 Sent from my iPhone using the svtperformance.com mobile app

Me! I value my life a lot more these days than I did when I was younger. I had a 620 whp Turbo Hayabusa with a GT40r. It was DEATH waiting to happen!

Worked HARD and saved my whole life and have no interest eating out of straw for the remaining years cause Karen was texting her BBF and crosses over the line and crushes my spine!

Just not worth it. Doesn't matter how safe u are ur still at the mercy of Karen and her stupidity.