As mentioned elsewhere I ended up buying new front lower control arms, but I still wanted poly bushings. After the fun of getting the rubber ones out and cleaning up the shells, I pressed in the smaller of the two bushings using a rubber mallet and then a c-clamp.

However, with the bushing pressed in, it appears to have lengthened, a la squeezing a tube except at the end. While outside of the arm the bushing and inner shell were both exactly 3.0", I'd say the bushing is now a 1/4 inch or so longer, which makes it too long to even fit that side of the arm into the k-member.

Has anyone else come across this? Any suggestions?
Last edited: Apr 30, 2021

Were you supposed to remove the shell before installing the bushing? How hard was it to get in?
Y

Nope, shells stay in, they're Prothane. Dead blow got 'em ~3/4 of the way and then c-clamp did the rest w/o issue. the last 1/4 or so to go in is a tiny bit bigger, so that makes sense. (I'm also not particularly brawny on the top half). 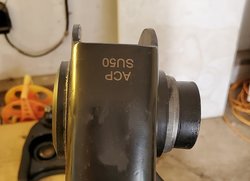 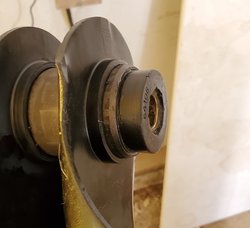 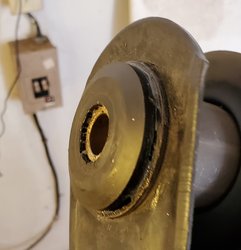 Sorry I am late to the party. I have run into this on 2 different sets of prothane bushing both installed in mustangs.

This happened to me both times. From what I remember the bushing shell actually causes the slight lengthening you're seeing.

Also make sure you have the correct sleeve in the correct bushing. One is shorter than the other on each arm.

You can try using a C clamp or vice with the flat side of two sockets against the bushing ends to smash them back into place.

This helped a little in both cases but I ended up trimming the smaller end of the bushings because I couldn't get the a arms installed without a big pry bar. When I did get one arm installed like this they bound up terribly.

After dealing with this twice and also having similar issues with Steeda offset bushing I vowed to never use poly in a arms again and haven't since.

I ended up installing steeda bushings because the prothane bushings crapped out.

The truth is poly is essentially a scam because it doesn't hold up well when placed under heavy continuous pivoting load and will fail faster than oem.

I know people shy away from delrin but the hands down best bushings I ever installed in stock control arms were global west delrin. Zero bind and absolutely amazing to drive. I never noticed a shred of increased NVH either.

Little rant there at the end but I hope this helps.

I just installed these. Not easy. You need a good press and the LCAs were a tight fit to get into the pockets, but even torqued up I could rotate the LCAs by hand. Made installing the front springs a snap.

I had actually bought them a while ago. Not sure I would install them again. For the price I would probably just get some BMR LCAs. 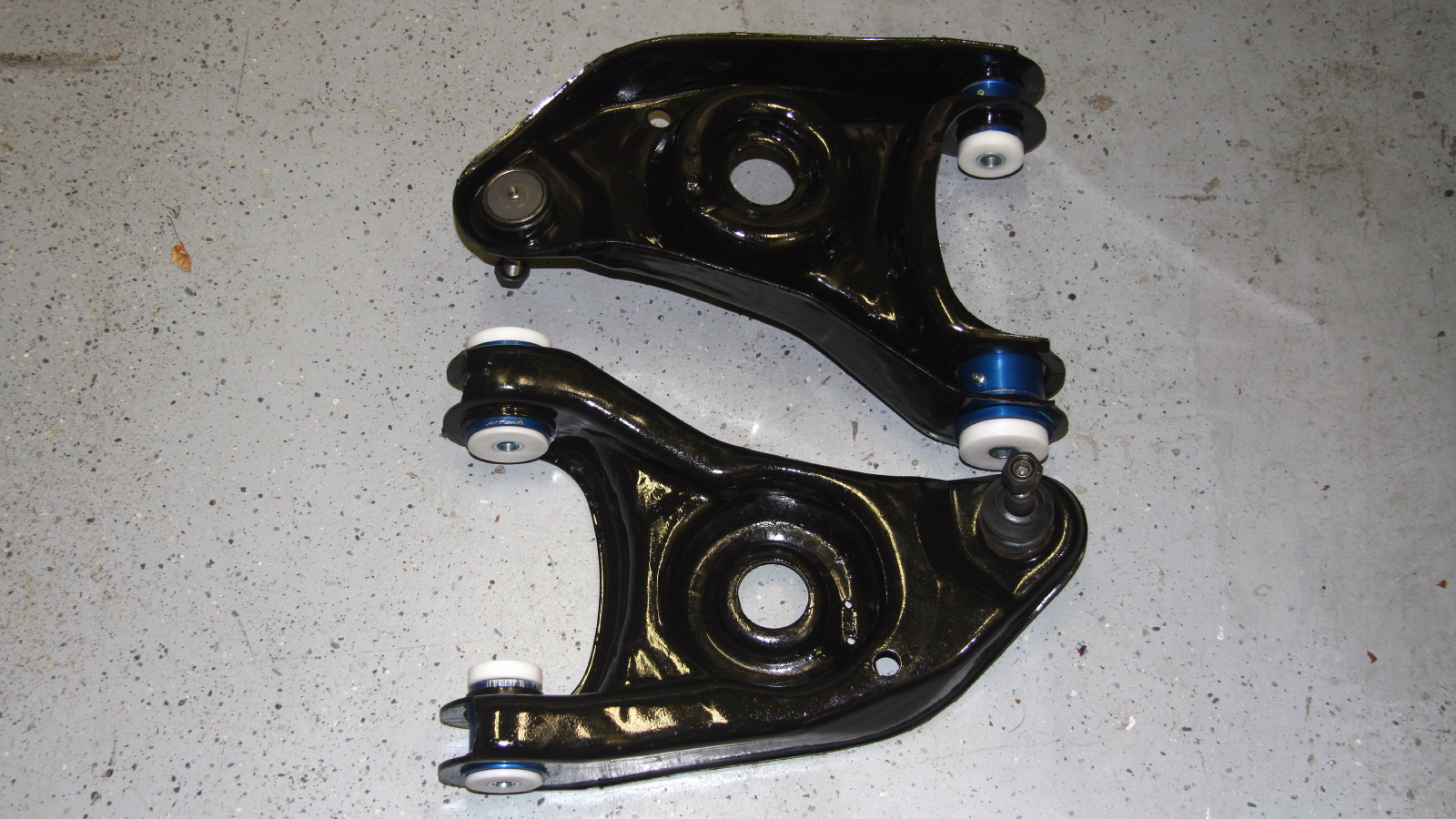 I tried squishing them back in with a c clamp and impact gun and no dice. I'm convinced the shells on these arms are thicker than on the original Ford arms. I also considered shaving them, but that didn't sit well with me and I was afraid the added pressure on the inner sleeve would lead to binding.

Luckily, LMR was super cool about it all and I've just put in BMR tubular a-arms. Only oddity on them is it looks like the sway bar end links are going to end up angled.

I considered the del-a-lums, but, honestly, I wanted to just be done with it.

The GWS bushings are not something you can put in with a hammer and c-clamp. I think you made the right choice.

The sway bar link sleeves/ferrules can be cut and a new shorter bolt put in to level the swaybar or you can just order a new kit.
Y

thanks, though I'm not sure if that's it in this case here. I don't actually have the end links in yet*, this was just something I noticed while the arms were at normal-ish position with the sway bar level. I don't think there's a way for the bar to remain level and have the a-arm mounting point directly under it. We'll see after I get the suspension back together, though.


*waiting on new sport series dampers from MM, which is taking forever due to Bilstein being backlogged.
Last edited: May 17, 2021

OE sway bar links are one piece so you can't just cut them down. You have to buy something like in your link. I just changed mine when I installed the Del-a-Lums
Y

I actually have the prothane links already. Again, I'm looking at it w/o any links on, so the height of the links isn't the cause. It just seems like BMR has the mounting points somewhat off. We'll see when I get it all back together, I guess.

I installed the BMR control arms on a buddies car. Didn't have any real issues with the sway bar. I'm sure he could use shorter links, but everything bolted together fine.

Although given the issues with the k member who really knows.
Y 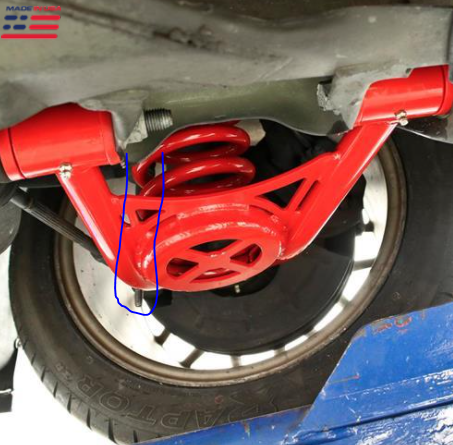 52merc said:
OE sway bar links are one piece so you can't just cut them down. You have to buy something like in your link. I just changed mine when I installed the Del-a-Lums
Click to expand...

Thats right!
I forgot that.
I just bought the ES OEM length replacement locally and modified them from there.