My review of the 2011 gt500
Pictures and Tech info supplied by FMCO
Some Photo's by AutoGuide.com
Written by 91svtbird.....enjoy!​

There have been many upgrades implemented in the base 2011 GT500 over the 2010 model. The folks at SVT have taken those improvements to an even higher level , thanks in no small part to the optional SVTPerformance Package distinguished easily by it's distinctively more narrow, over the top stripes... 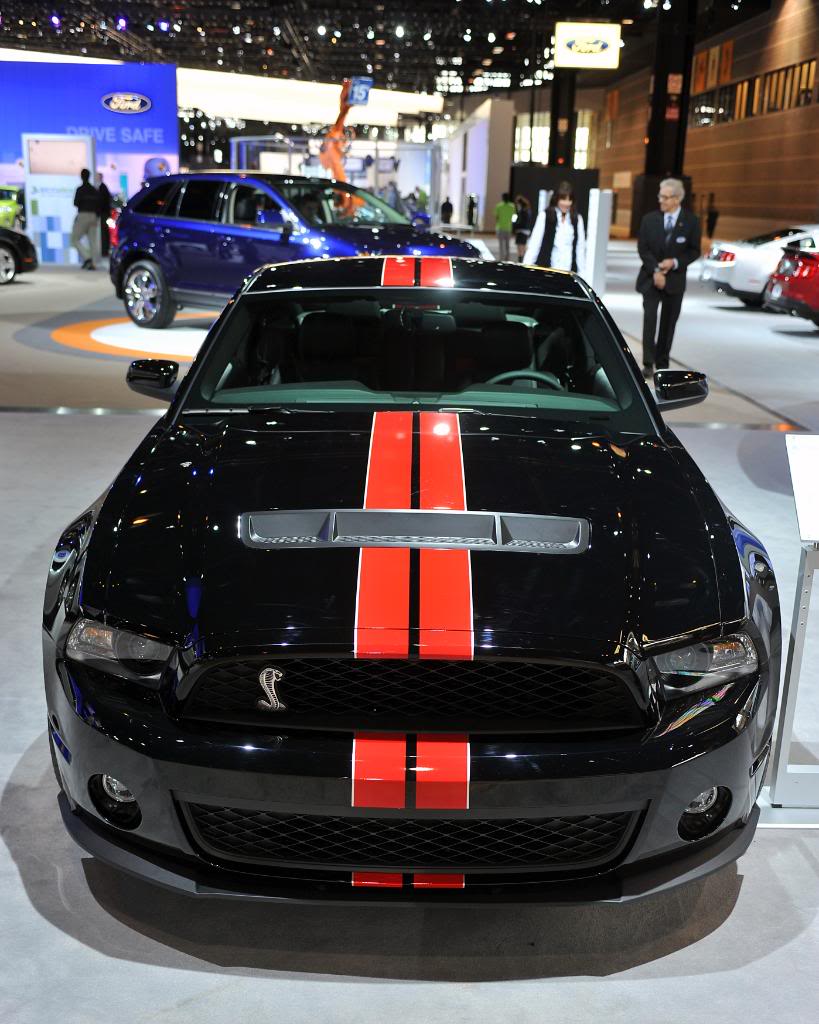 ENGINE & COOLING:
To start out with is the new all aluminum 550 horsepower and 510 ft.-lb. of torque engine, this is a 10 horsepower increase over the 2010 distinguished by it's silver SC and FGT Blue valve covers. 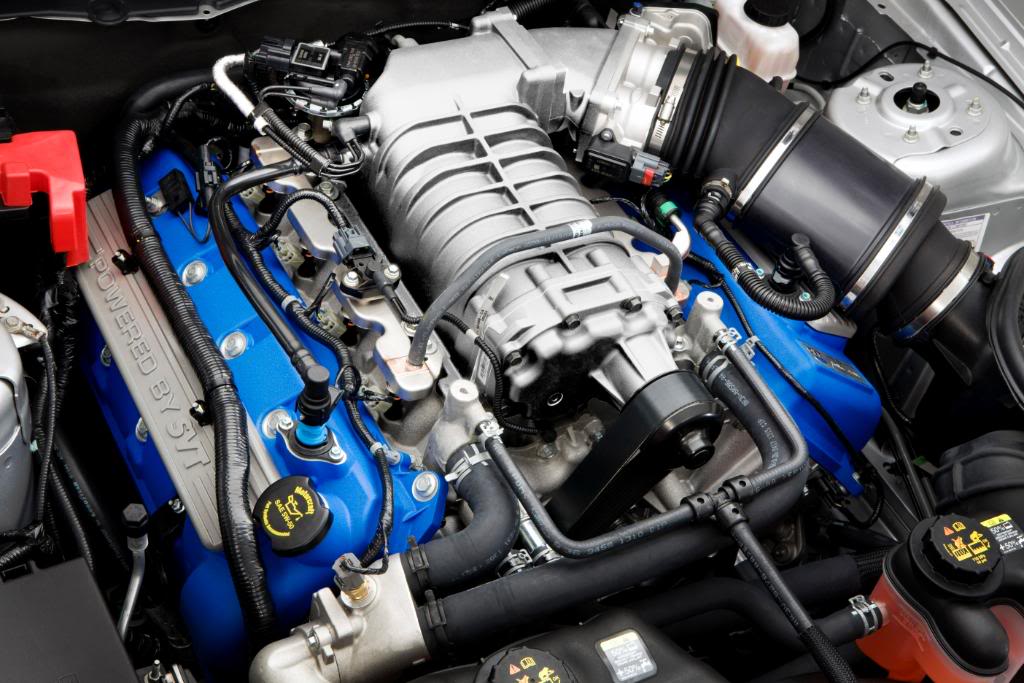 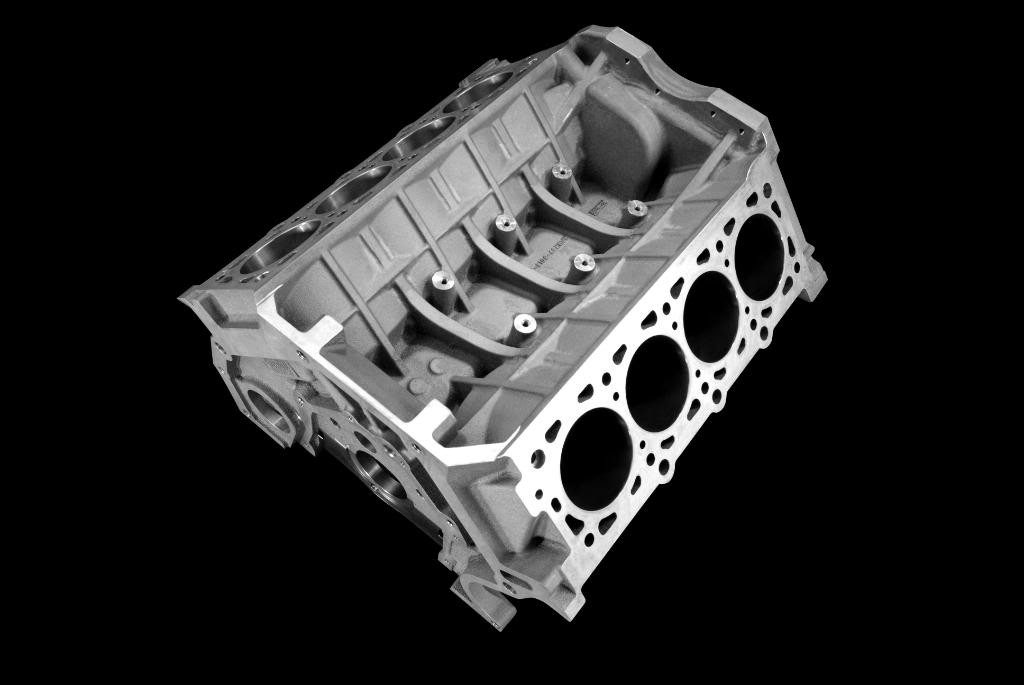 Added to that is a new two-row intercooler that delivers 40% better thermal efficiency so this car will perform with optimum potential even on the hottest of track days.

Much of that hp and fuel efficiency increase is attributed to the larger 2-3/4” exhaust, the addition of Electric Power Assist Steering (EPAS), 120 lb overall weight savings (coup) and improved aerodynamic changes to the underside of the car. 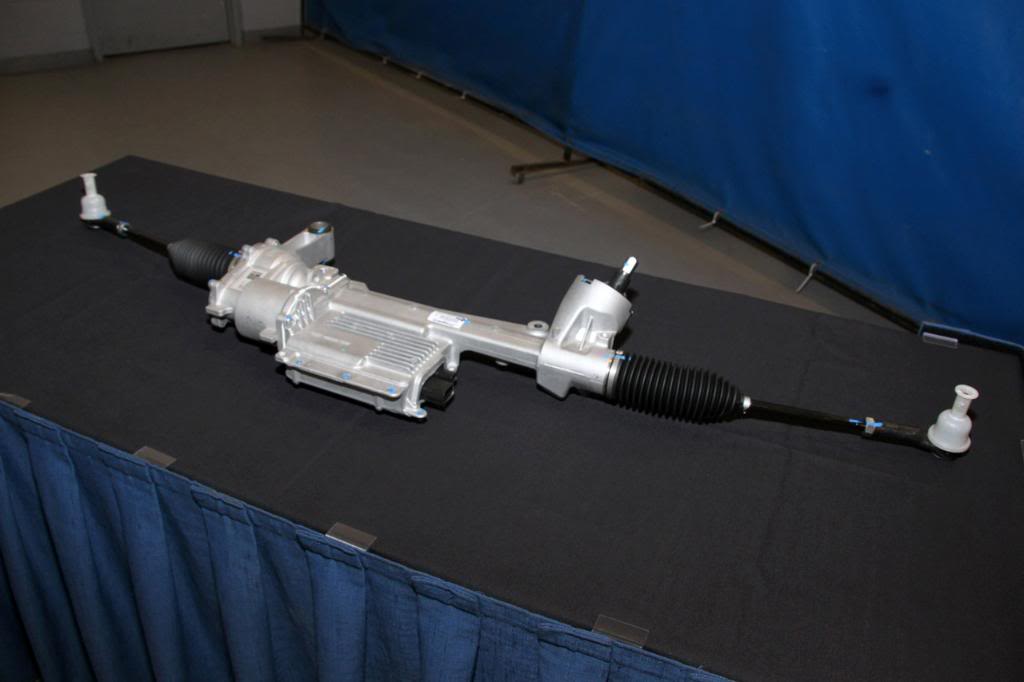 SVT engineers looked at the handling package as a whole, the sum of the parts if you will.

To start out with SVT engineers worked directly with Goodyear to develop tires that would offer superb wet or dry traction and precise handling. They would be complete with a race-inspired high-performance tread compound.
The tire is the all new Goodyear Eagle® F1 SuperCar G: 2 tire. 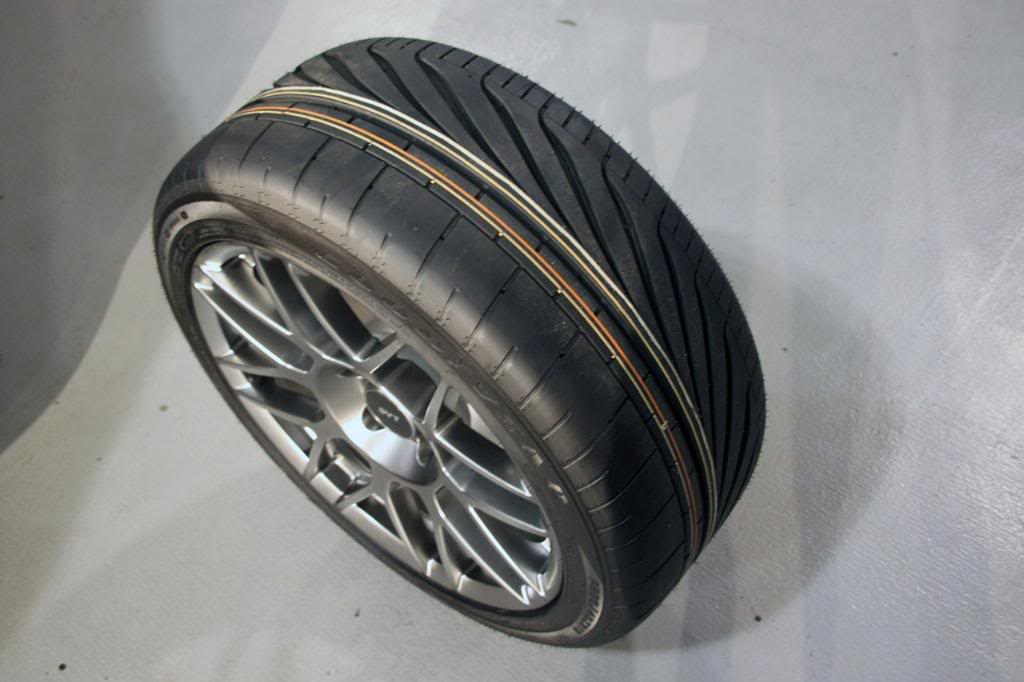 These tires are mounted on new lightweight Forged aluminum wheels consisting of 19” front (saving 4.8lbs each) and 20” rear( saving 2.8lbs each) over the standard wheels. 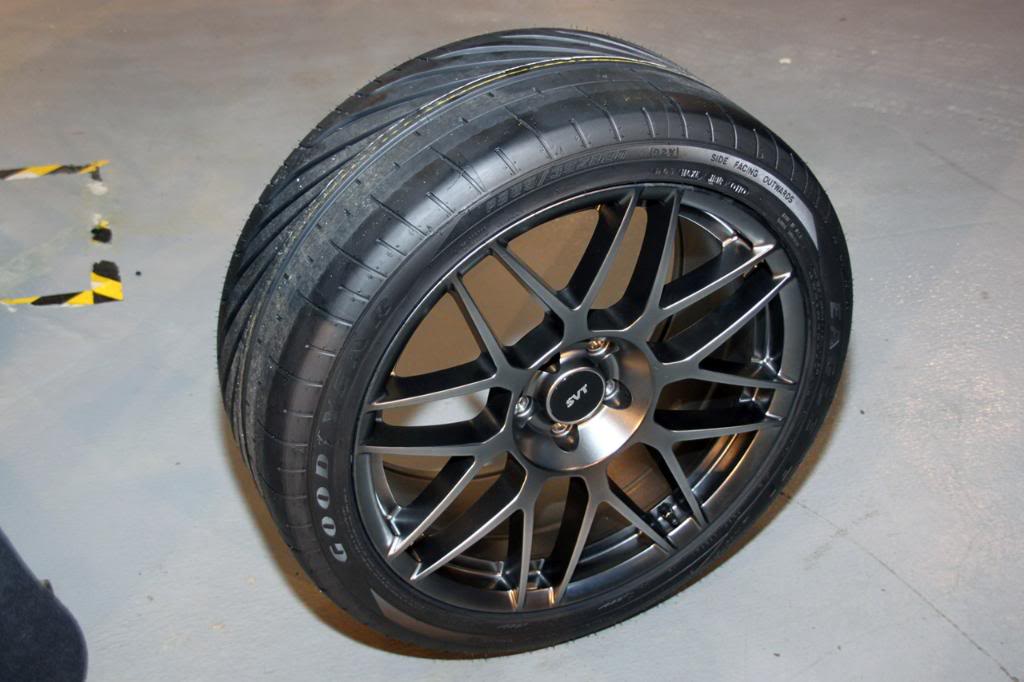 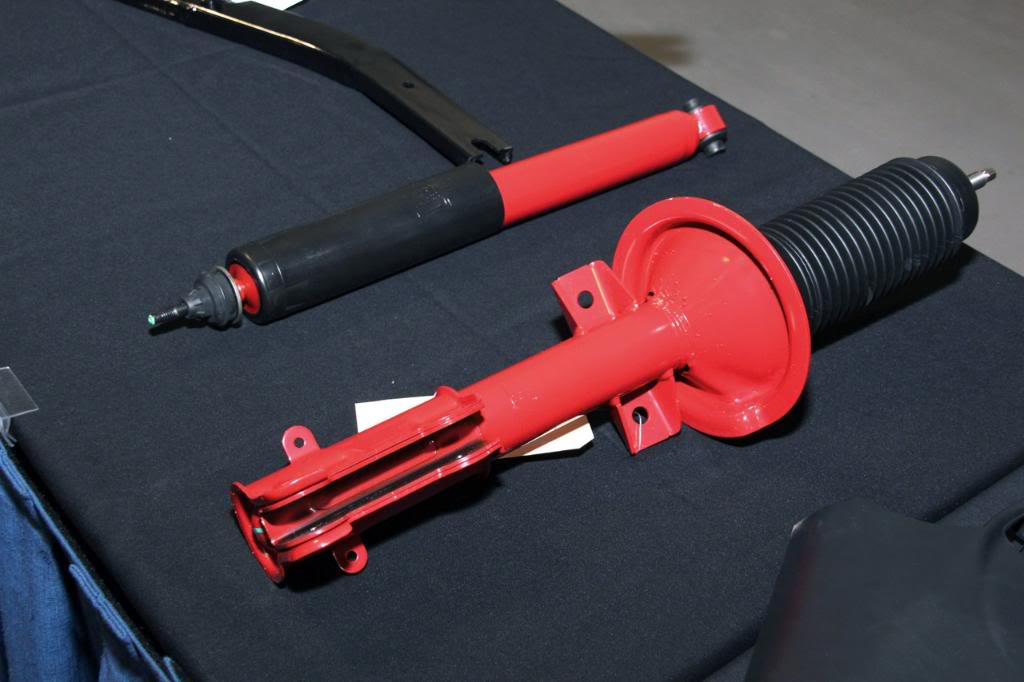 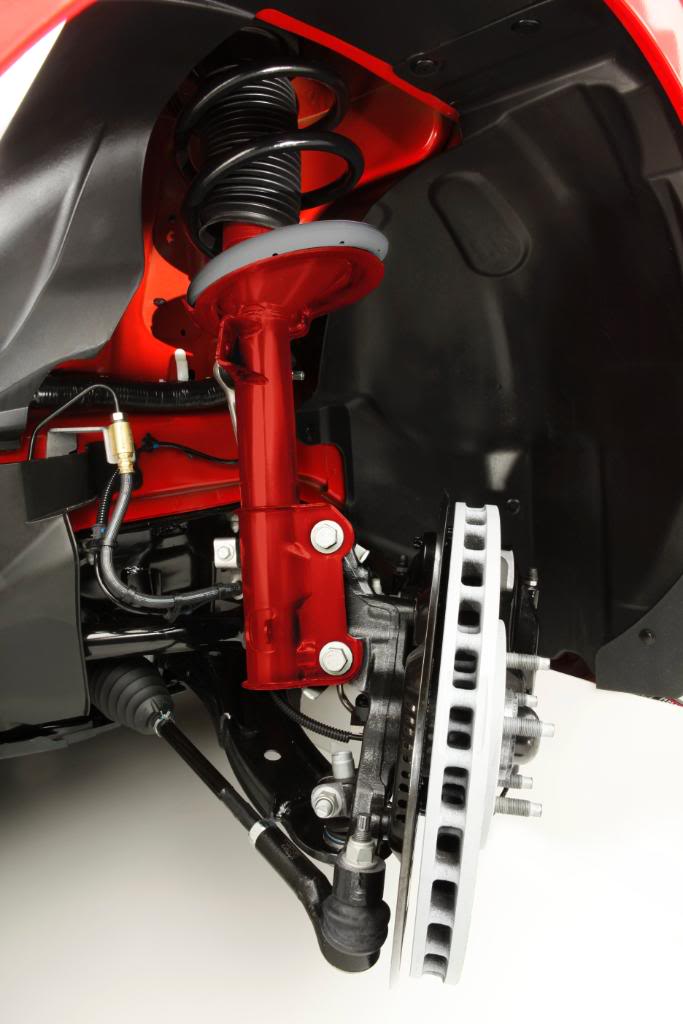 Both front and rear sway bars were improved as well with the rear being the largest one they could fit into the platform.

The SVT Performance Pack also includes a new spoiler with a larger “Gurney Flap” which adds 2% more drag in the rear but with the help of new aerodynamic ducting the front has an additional 18% more down force over the 2010 model reducing understeer. 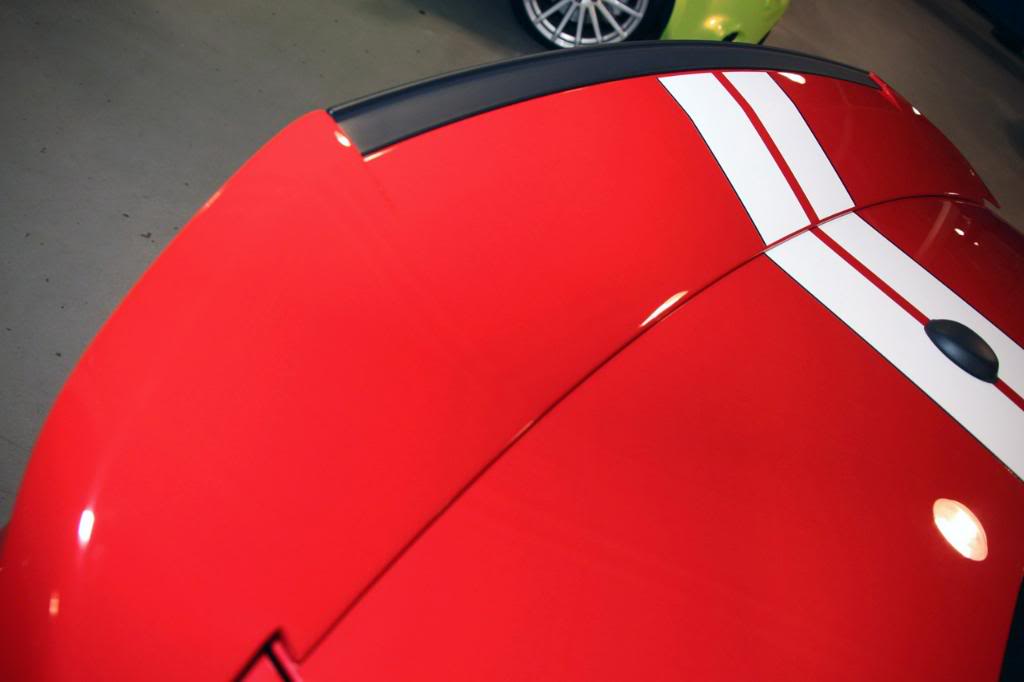 All of these changes add up to improved driving dynamics, balance, grip and handling which translate into faster track times and 1.0 'G' on the skid pad
So much so that according to Ford , a 2011 equipped with the SVT pp was a full 3 seconds faster on a 2.3 mile road course over the 2010 model and it's 0 to 60 times were 1/10th quicker and it's 1/4 mile times were 2/10ths faster


Braking distance’s have also decreased by 7% in both 0-60 and 0-100 stopping . Slotted brake dust shield’s were added to improve brake cooling as well.

Ford engineers didn’t forget the Convertible this year either. The convertible’s now have a 30% stiffer overall chassis and 40% less cowl shake thanks to new bracing and structural foam in the "A" pillars, making it as rigid as the 2010 coup. 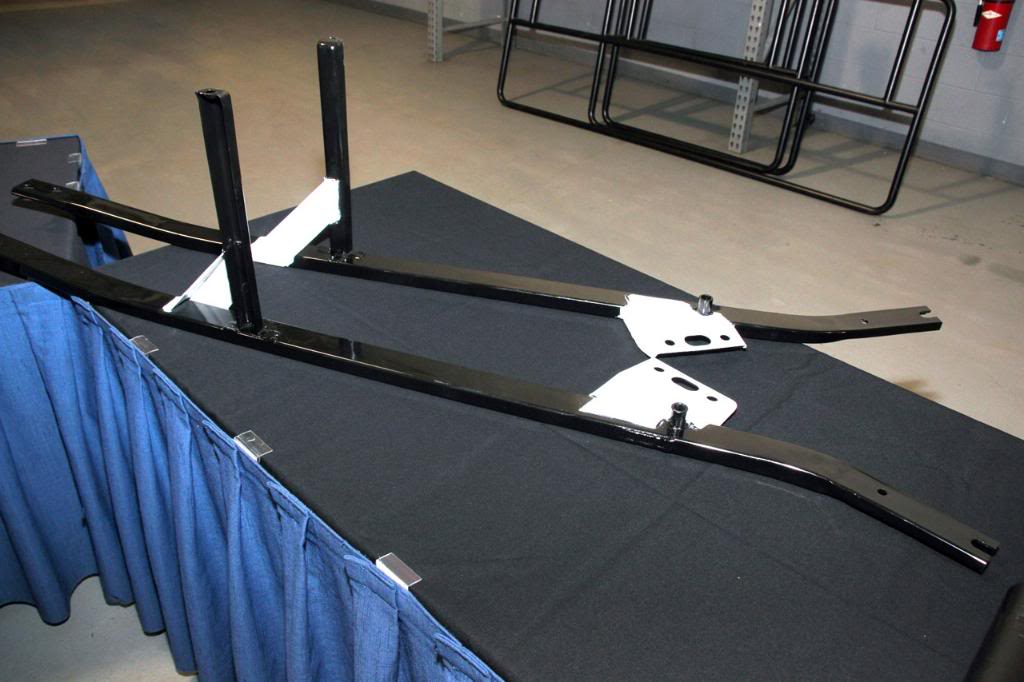 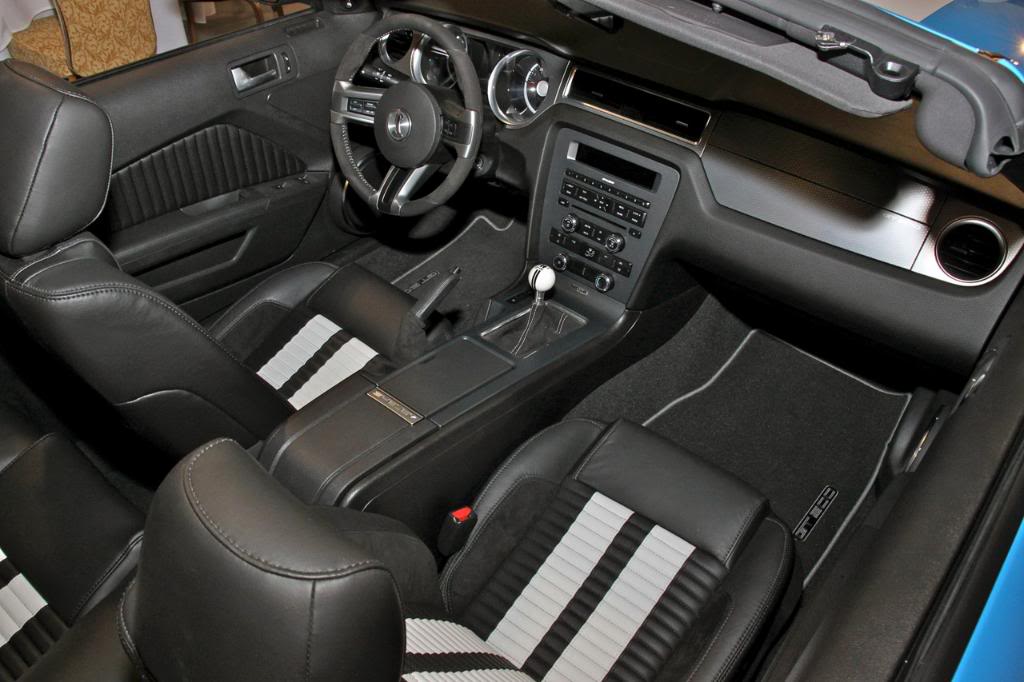 In addition to all this Ford has managed to decrease road noise by 20% while still increasing the exhaust note.


A new glass roof option is available for the 2011 Ford Shelby GT500, giving customers a less expensive option than a convertible, without compromising the coupe's versatility 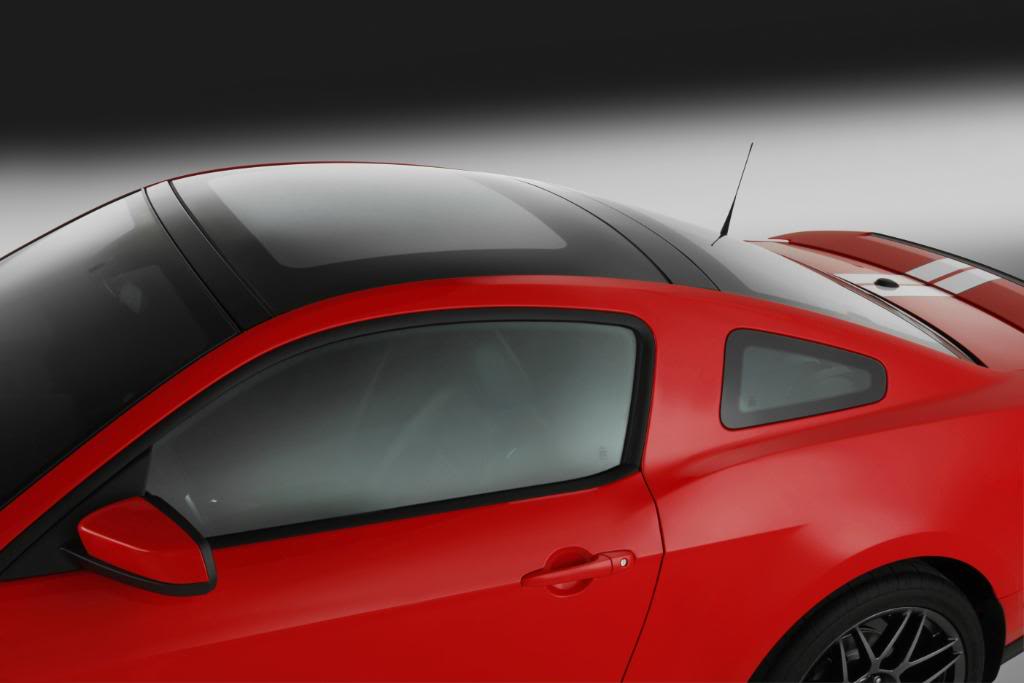 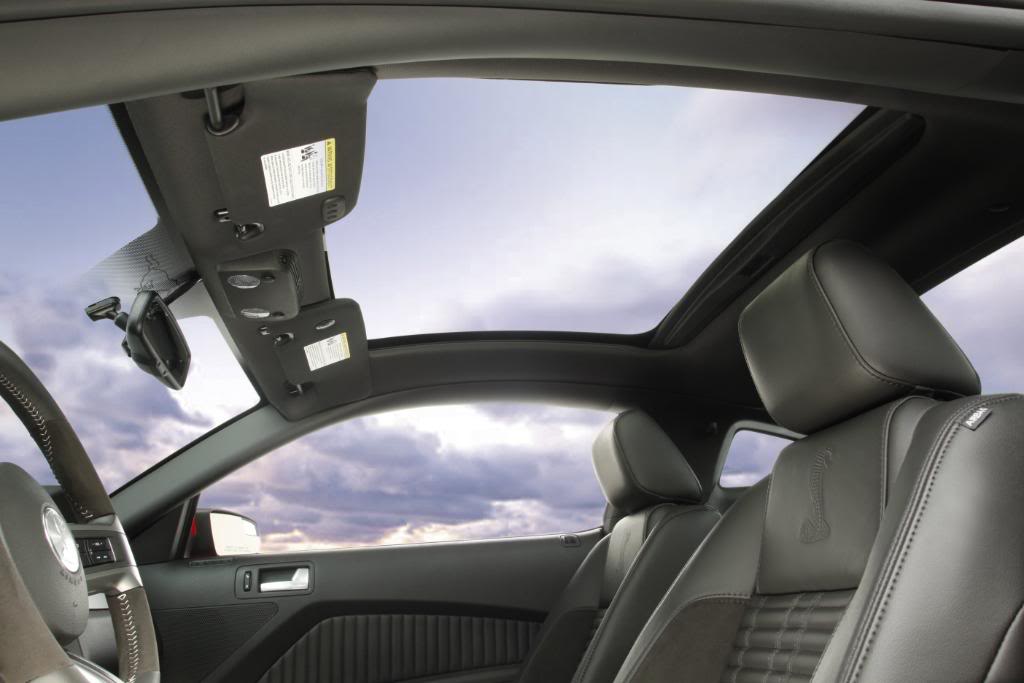 It seems to me that without a doubt this will not only continue to be a great muscle car but also real track star as well with great power and balance. 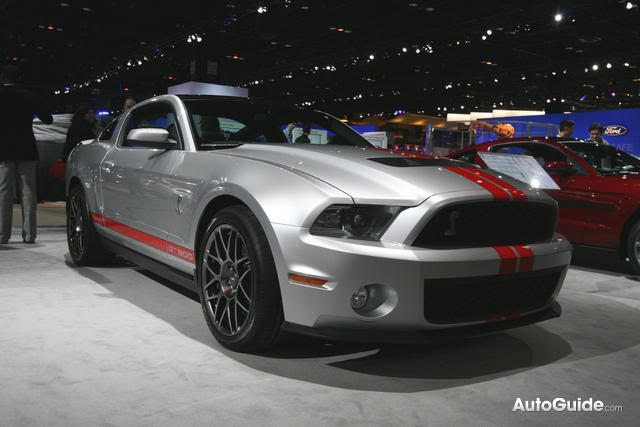 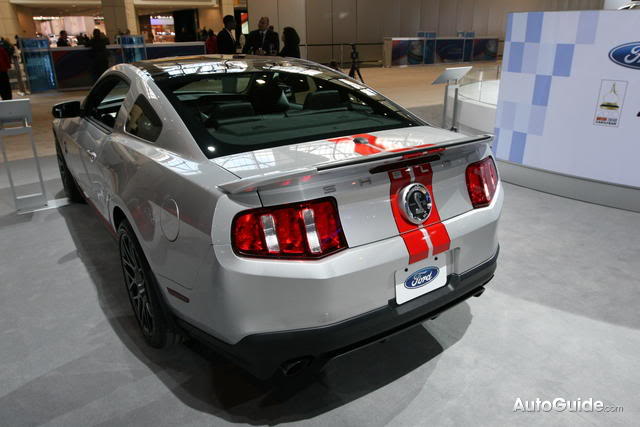 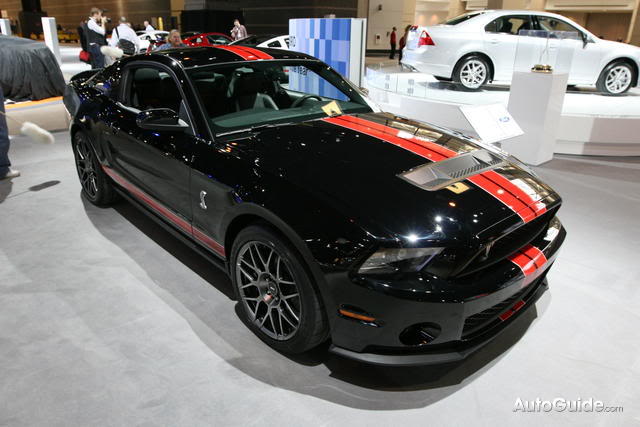 A lot of good discussion on this topic can be found here: