Got a few parts I don't need anymore. I was going to use some of these on my 2014 GT but am focusing more on my Fox Body Project so I'm trying to get rid of some of these parts that are just sitting in my garage.

The axle backs are an unknown brand, possibly a custom job with some sort of bullet muffler. If you want to hear what they sound like, I made a video on comparing them with the Roush ABs here.

I got them from another SVTP member. They are in good shape, not sure of the mileage but I had them on my car for a little over a week. I think they sound pretty good but they were a little too loud for me (I'm getting old). They are pretty light weight, lighter than the Roush ABs and the tips look/fit great on the stock rear end. Asking $100. I'm in Northern VA but willing to discuss shipping. 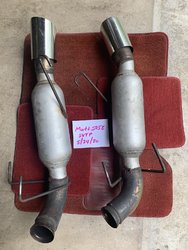 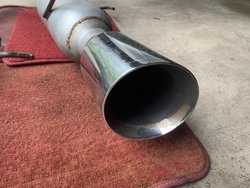 Also, I have this Shelby shock tower brace. I got it brand new from CJ Pony Parts but never ended up installing it. It could use some cleaning and polishing (it's the raw metal, unpainted finish) but it's pretty much good as new. Asking $75. 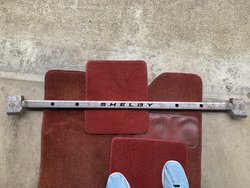 Also have a set of Steeda front and rear sway bars. I bought these second hand from another member on here but just never ended up putting them on. I believe the previous owner said they had a few thousand miles on them. The only thing I did with them was clean up some rust on the tip of the front bar and painted over it. Asking $180. 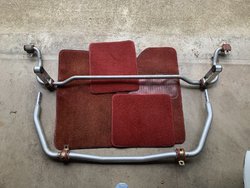 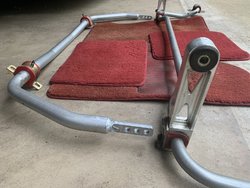 Here's a few more pics of the parts: 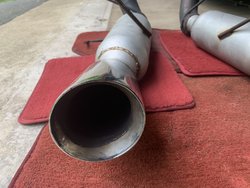 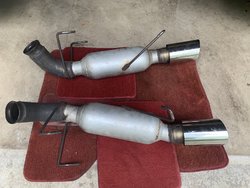 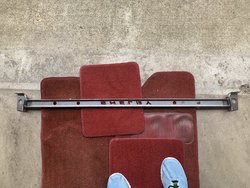 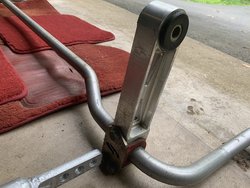 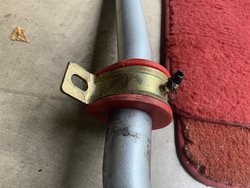 Is that the Shelby strut brace for trunk install?
Thanks

That's definitely the brace for the rear shocks, goes in the trunk stmz44.

Are these prices shipped? Interested in the sway bars and possibly the shock brace if stmz44 doesn't want it.

stmz44 said:
Is that the Shelby strut brace for trunk install?
Thanks
Click to expand...

Nate already said it but yeah, it goes in the trunk over the shocks.


nate714 said:
That's definitely the brace for the rear shocks, goes in the trunk stmz44.

Are these prices shipped? Interested in the sway bars and possibly the shock brace if stmz44 doesn't want it.
Click to expand...

Prices are not shipped but possibly willing to discuss shipping...

Bump...need to get some of these things out of the garage.