Who’s given up motorcycle riding?

I had a F6B and a Street Glide in 2013. I rode to Sturgis and rode 5,000 miles that week all together...then a month later, we had our first child on the way. Now I still have my street glide I bought new in ‘09, but rarely ride. I have pretty much given up riding because it’s not as fun without the wife. I sold the F6B that I bought for riding around the Country on with the wife. I rode more miles in one week in 2013 than I have rode up to current date. My Street Glide has around 27,000 miles on it now. Prior to kids, it was not only for enjoyment, I rode to work and everywhere I went. I was not a fair weather rider.

03Sssnake said:
I am going to be cooling my jets for a while, one of my best buds and riding buddy went down a few weeks ago, bike totaled and he got pretty banged up, 2 broken ribs, right shoulder separated etc...full leathers, good gear definitely kept it from being worse...
Click to expand...

I had a cousin I’m close with get life lined due to a kid pulling out in front him years back. I did the same for a minute. If you love it and don’t have kids in your way of doing it, you’ll go back to it pretty quick and regret you gave it up.


Sent from my iPhone using Tapatalk
Click to expand...

Nice! The rain doesn’t scare you either with those kind of miles you’re racking up. Lol.

JpL4K3 said:
I stumbled upon him by mistake. Again being 100% new to motorcycles, but it looks like I made the right choice based on what I hear about their positive reputation.
Click to expand...

You’ll be hard pressed to find someone more dedicated to what they do. His tuning knowledge is second to none as well. My suggestion as someone who was once new to it, try to do a track weekend sooner vs later. I learned more in one weekend vs my whole first season of riding on the street.

Gave it up 25 yrs ago. Always thought about buy-in another one and parking it in my office to look at.

I just got back into it last weekend then saw this thread. Thanks guys, total buzz kill haha

blueovalfan said:
I just got back into it last weekend then saw this thread. Thanks guys, total buzz kill haha

lol sorry man. For what it’s worth I’ve been out twice already since I saw what I did and started this thread. I just can’t seem to even think about not having a motorcycle in my garage.

I just got back from riding 900 miles in the Ozarks all week.

I sold my FZ09 shortly after my girl was born, but I'm wanting to get back into it now. I've been riding since I was 9, legally on the street since I was 12(AR used to not require a license for anything under 50cc, lots of people getting DWI then subsequently a scooter lol). Dad worked at a Yamaha/Honda shop, the dude raced everything he could get his hands on, and so he trusted me with a LOT of responsibility at a young age. Can you imagine the Karens that would call DHS on my family these days if a 6th grader pulled up to school with his own transportation?? 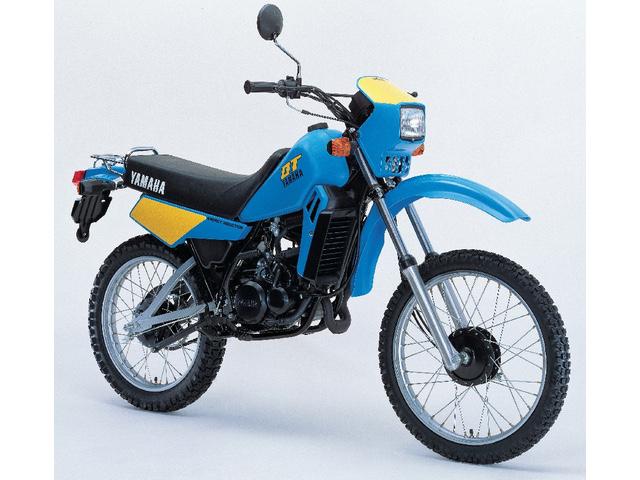 Next...I'm between a KTM SD 1290, and BMW S1000rr...but have informed my family if I'm taken out by someone on their phone to go after them fully...if a true accident then so be it

GNBRETT said:
Me! I value my life a lot more these days than I did when I was younger. I had a 620 whp Turbo Hayabusa with a GT40r. It was DEATH waiting to happen!

Worked HARD and saved my whole life and have no interest eating out of straw for the remaining years cause Karen was texting her BBF and crosses over the line and crushes my spine!

Just not worth it. Doesn't matter how safe u are ur still at the mercy of Karen and her stupidity.
Click to expand...

Brett sold it to some dumb ass in NY... been back to the builder 3 times and running well with a brake upgrade and new rims on the way. the never-ending build. great bike none the less. 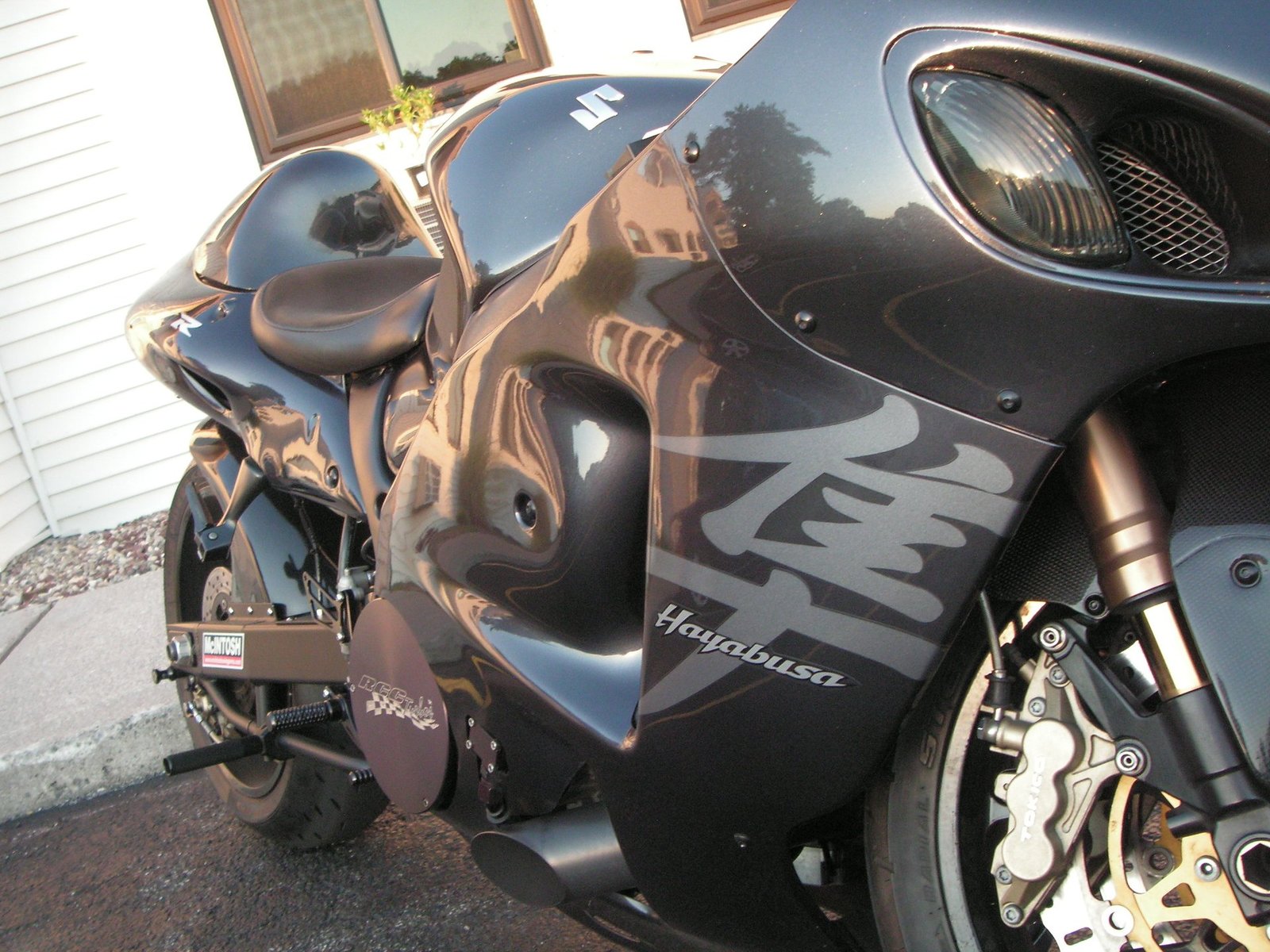 I rode from 2008-2014. I rode mostly sport bikes and I loved it. I originally sold my bike in 2014 to help fund my wedding. Fast forward a couple of years and we had our first son. I decided I will stay away from bikes now for the same feelings you are having. I couldn't imagine having my two sons grow up without a dad or the burden me being gone would put on my wife with the two kids and a house to pay for. maybe later in life i will ride again. I still need a toy in my life so last summer i picked up another cobra. much safer and now my wife and boys can come with me

I keep going off and on for street riding. This time, I may be done. However I will always ride dirt. Can't wait to get my girls riding soon. Once you taste the motorcycle freedom ....there is no going back. 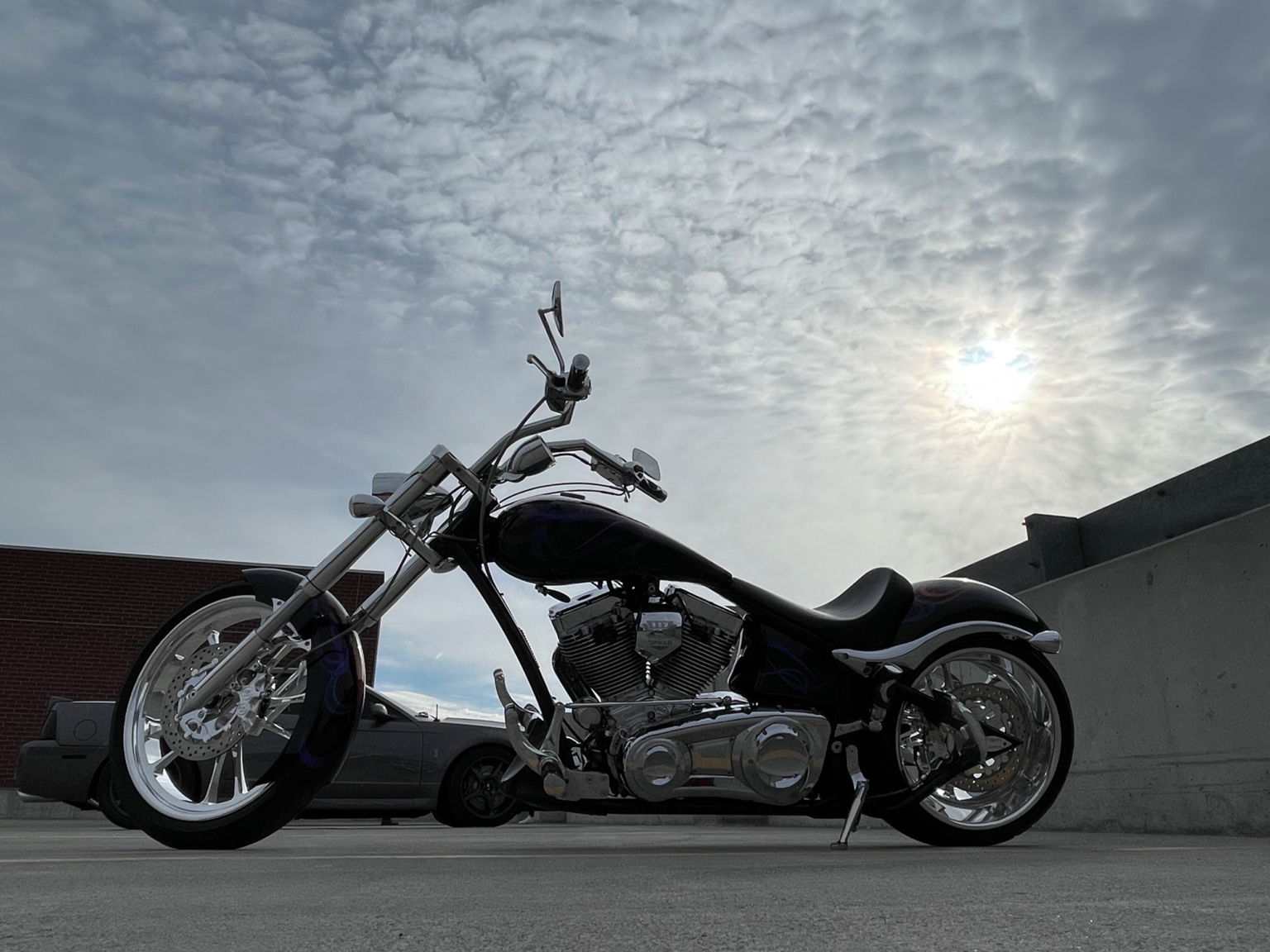 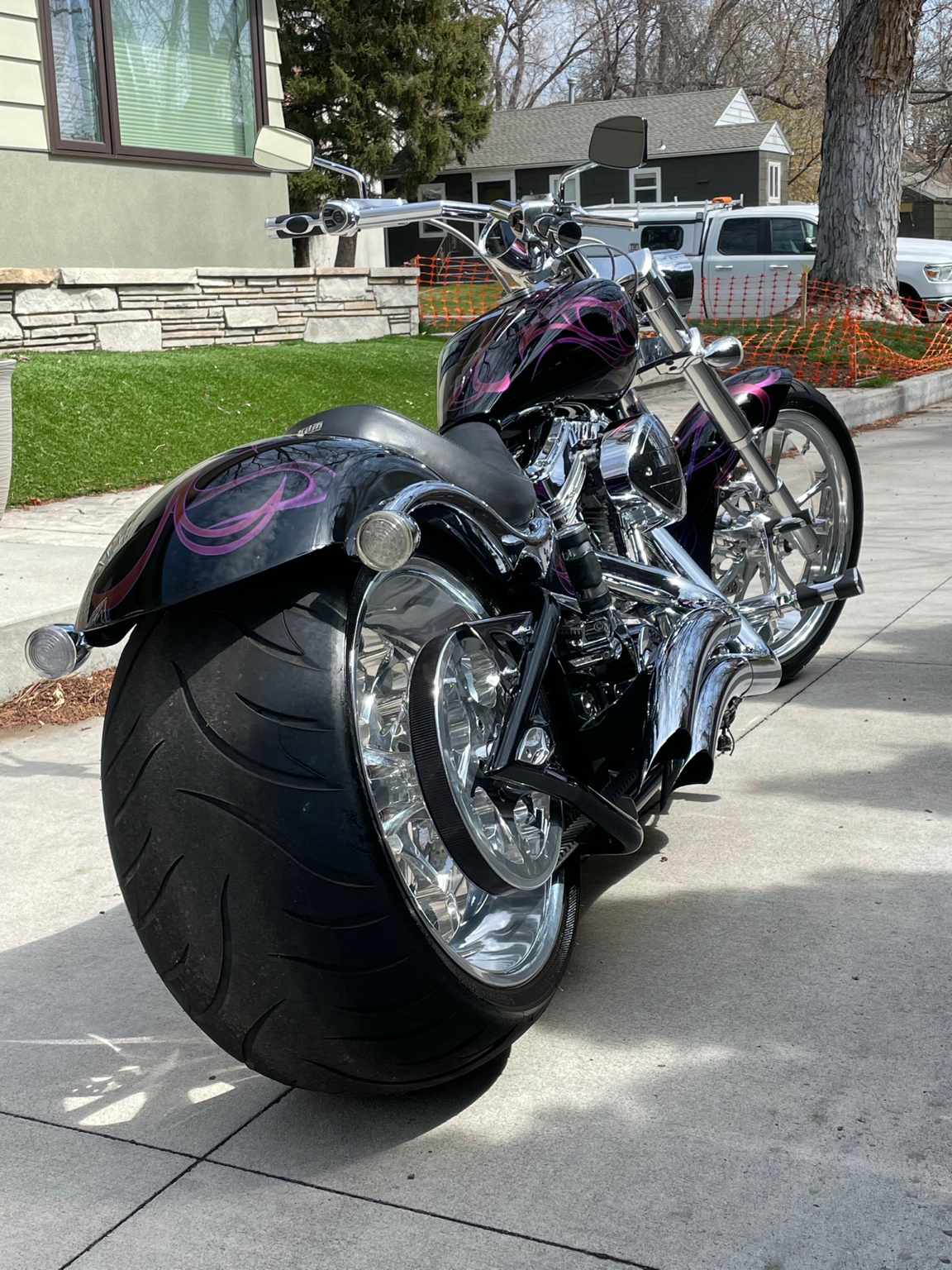 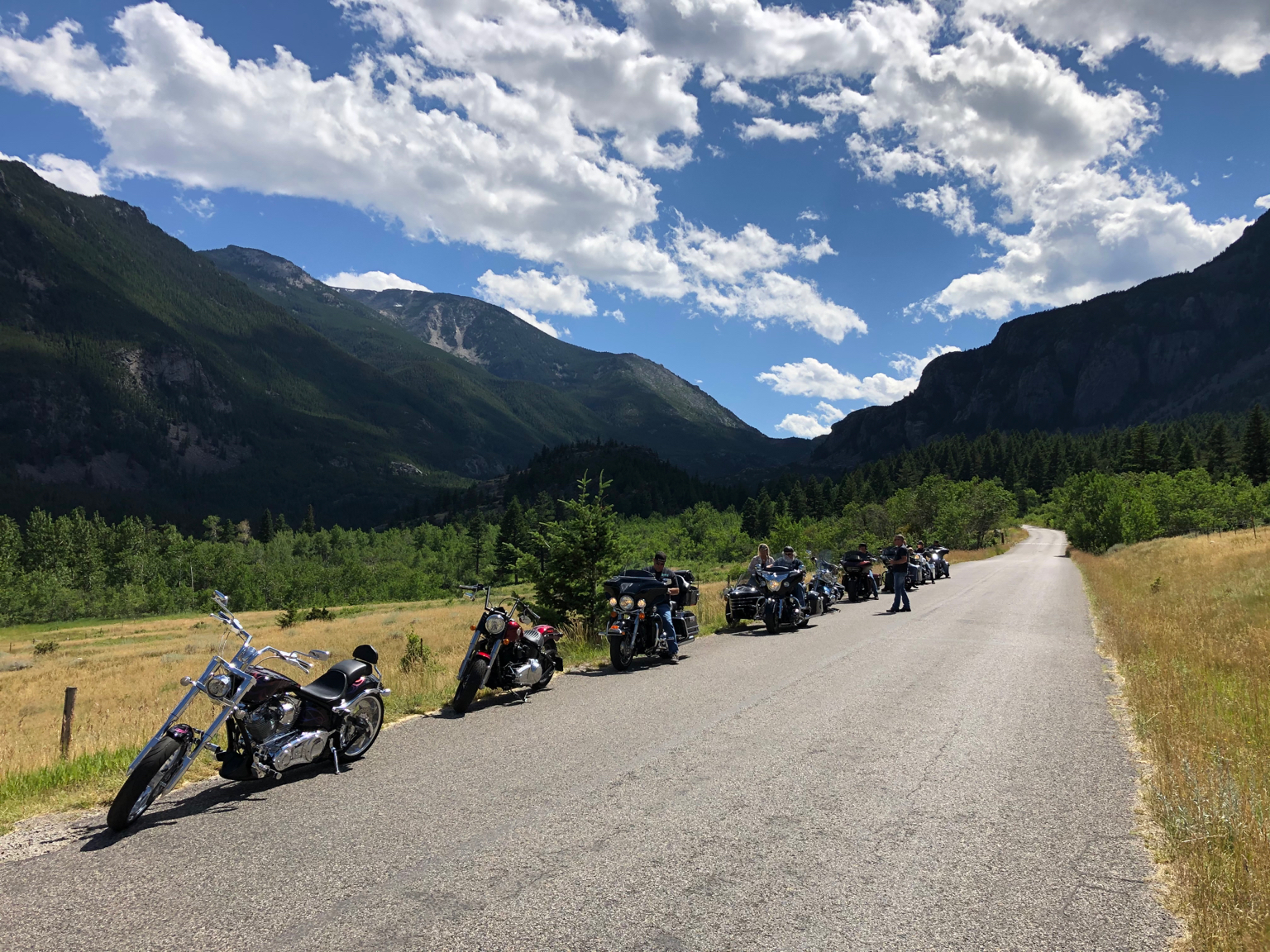 I have ridden off and on since a teenager, rode dirt, rockets and harleys. Had to take a couple seasons off due to shoulder surgeries the last 2 years but can finally ride again.
We lose a friend or two every year it seams, have a friend in the icu now from a crash 4 weeks ago. Couldn’t even go visit while I was in the same hospital for pneumonia-blood clots and collapsed lung. If you are careful, realize that every other person on the road is trying to kill you and have escape routes then it’s much easier riding. Certain areas are much more dangerous than others from traffic or animals( I have almost hit deer and a bear). But don’t be afraid to live your life, none of us get out alive. I ride a little less every year it seems, damn cobra is too much fun to drive. But riding brings peace to me. So I won’t give it up until I just can’t ride anymore


Sent from my iPhone using the svtperformance.com mobile app

I've had my motorcycle license for like 40 years, never owned a bike but did ride a few years ago when dealers had test ride days so I would go and try them out (with no intention to purchase one).

Have ridden a Yamaha cruiser, a Kawi sport bike and a dirt bike (can't remember brand).

The closest I got to almost buying a bike was back in 1997 I think almost pulled the trigger on a new CBR900RR Honda until I found out what insurance would cost for it more than insurance for my new at the time 96 Pontiac Formula so that ended my plan for bike ownership.

Muffin is my spirit animal

I sold my Nightster almost three years ago due to a lack of time to ride. I really want to get another one. I have stuff that is purely toys. I probably won’t get another until I move though.