I reached a point I was happy with on the 72 Duster and sold it.
I picked it up as a barely running carport space taker upper and brought it back to a dependable cruiser. 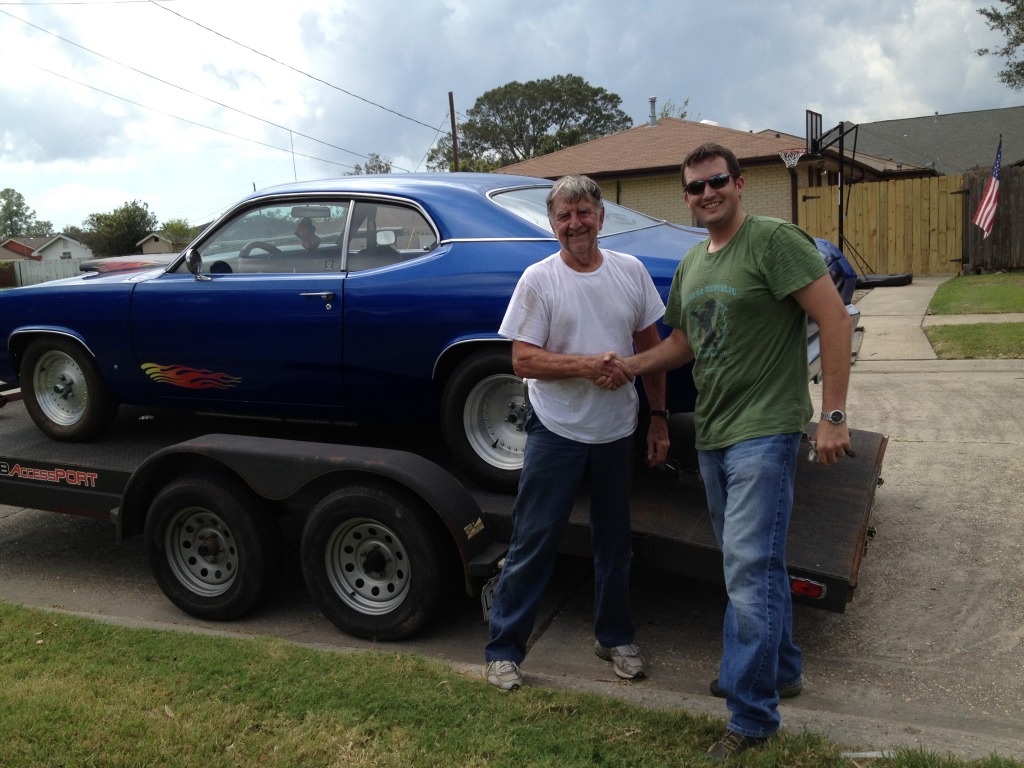 I found this 70 Dart in Florida and struck a deal. 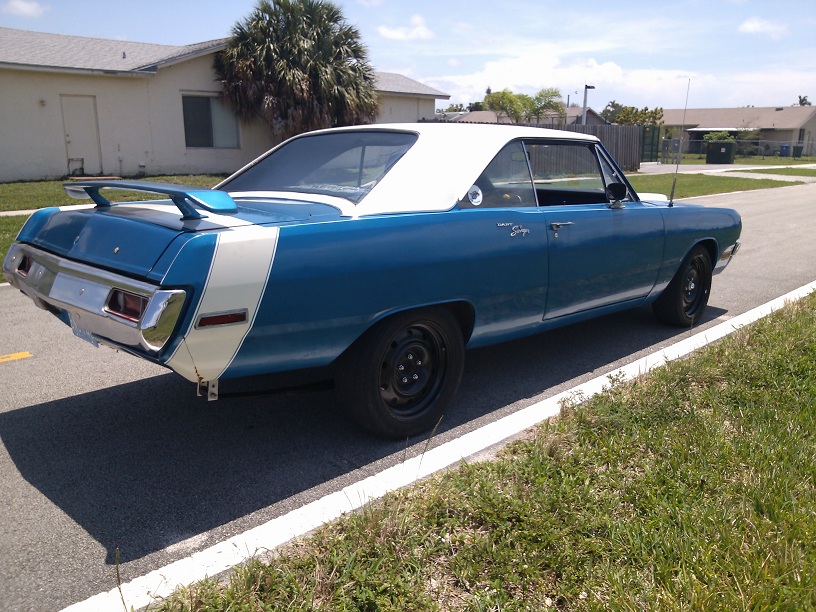 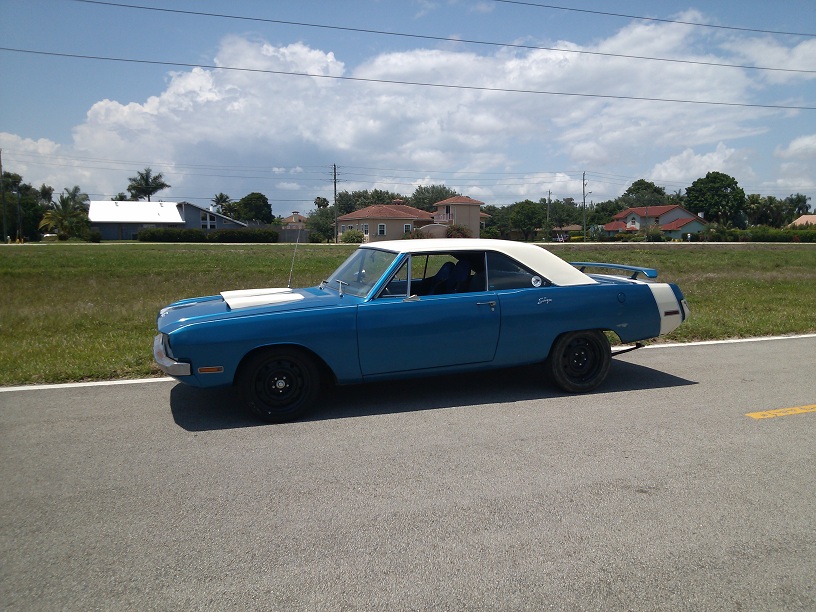 The trunk was pretty grungy and I figured the rest of the interior was the same under the carpet. 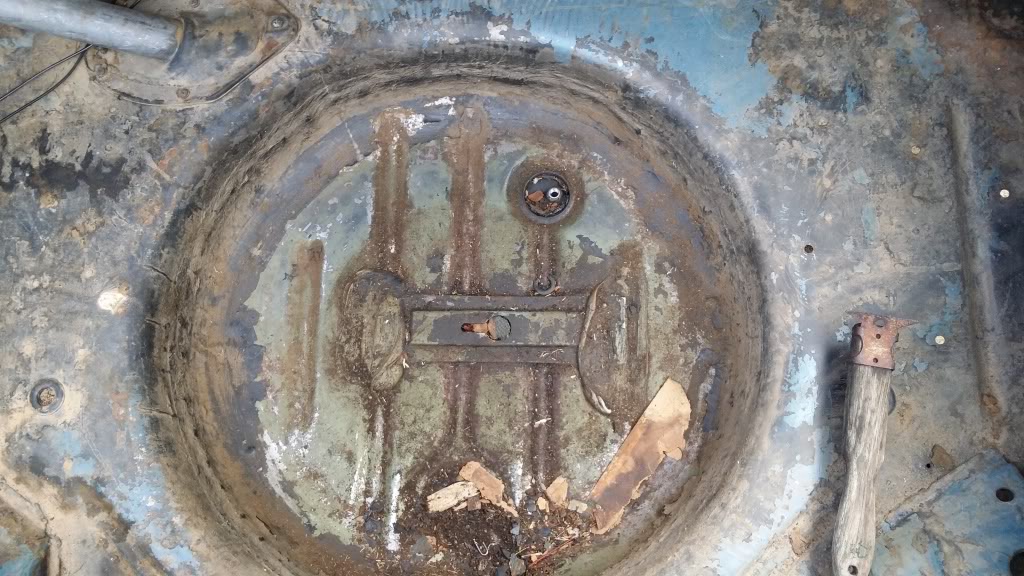 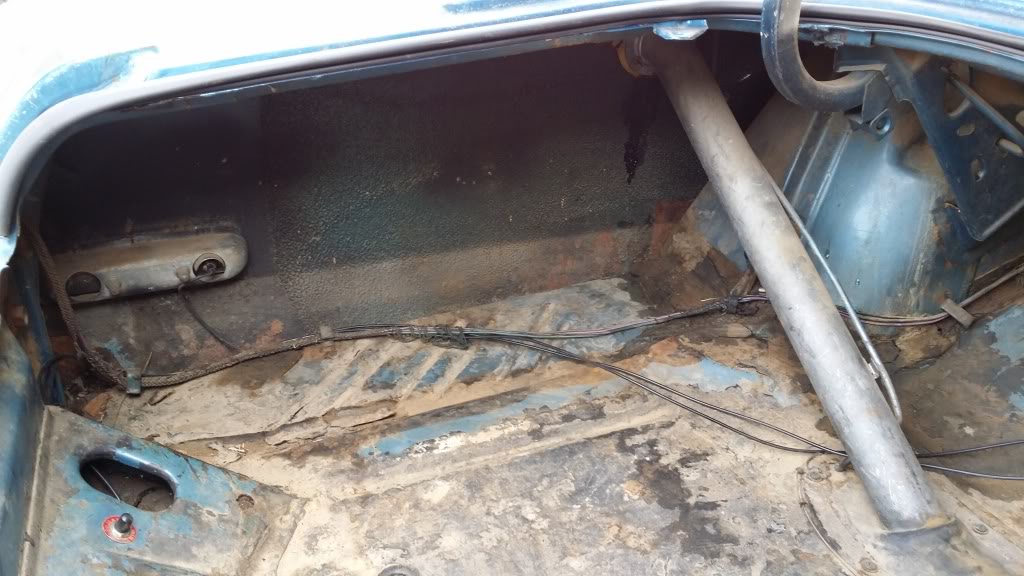 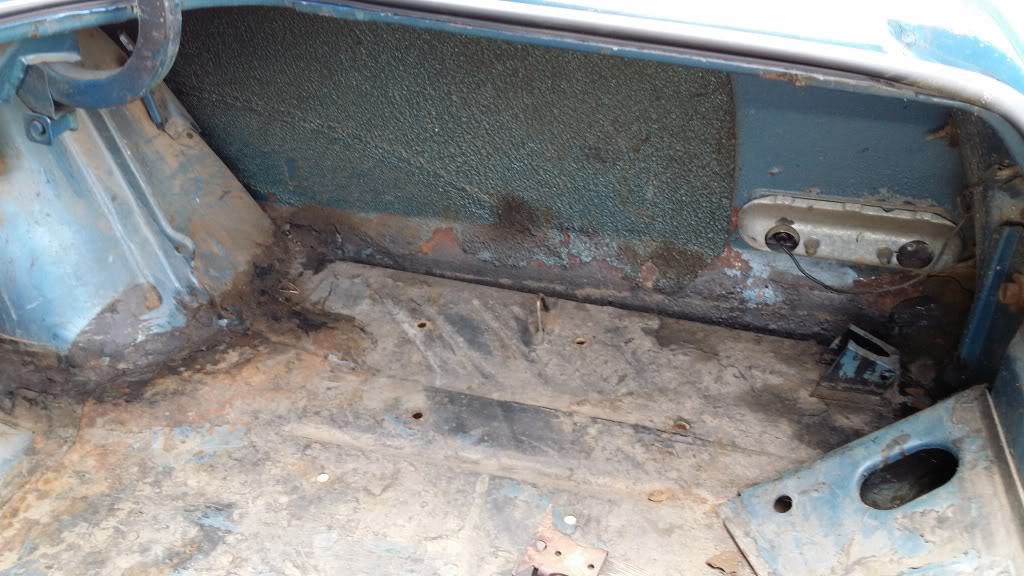 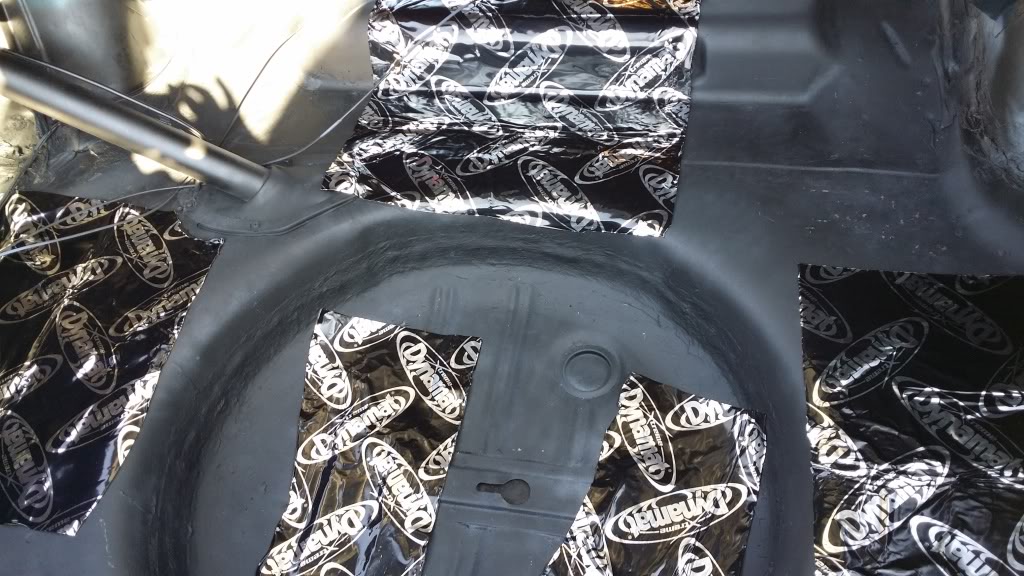 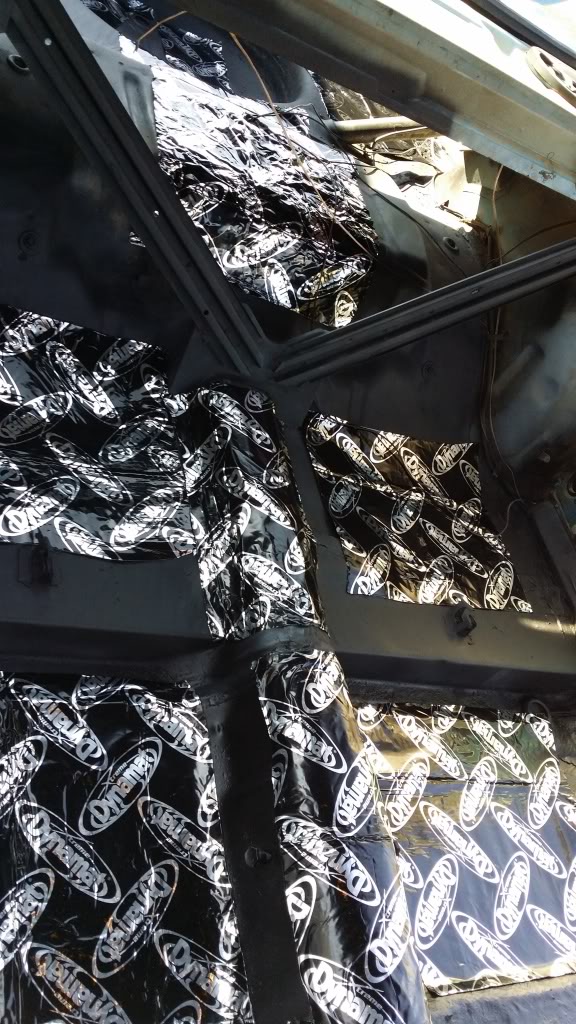 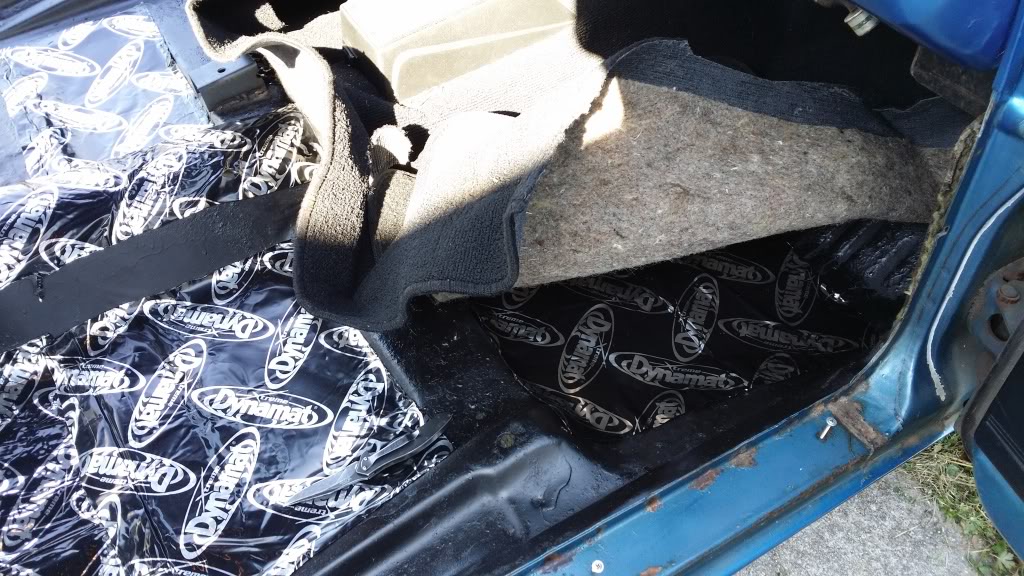 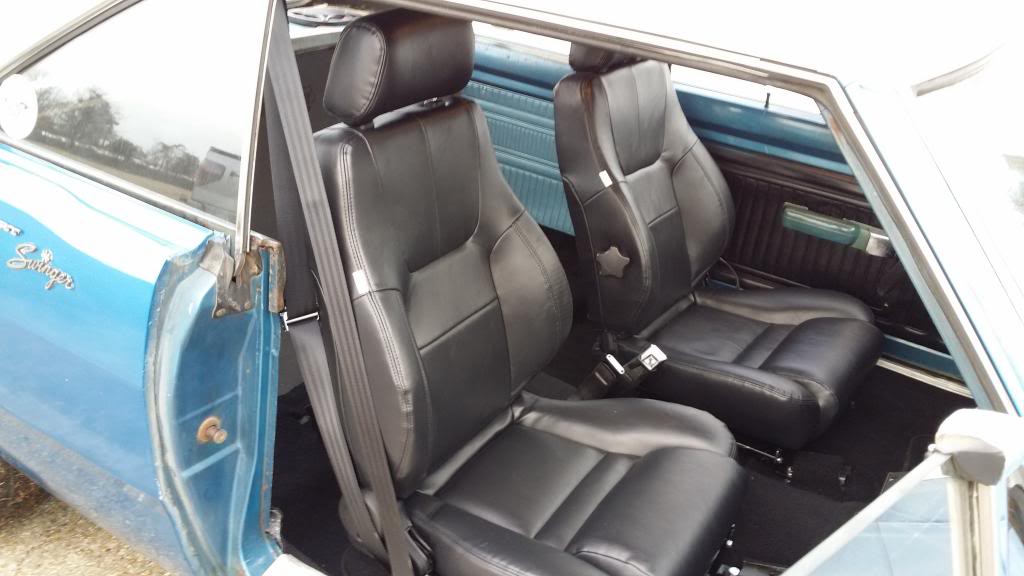 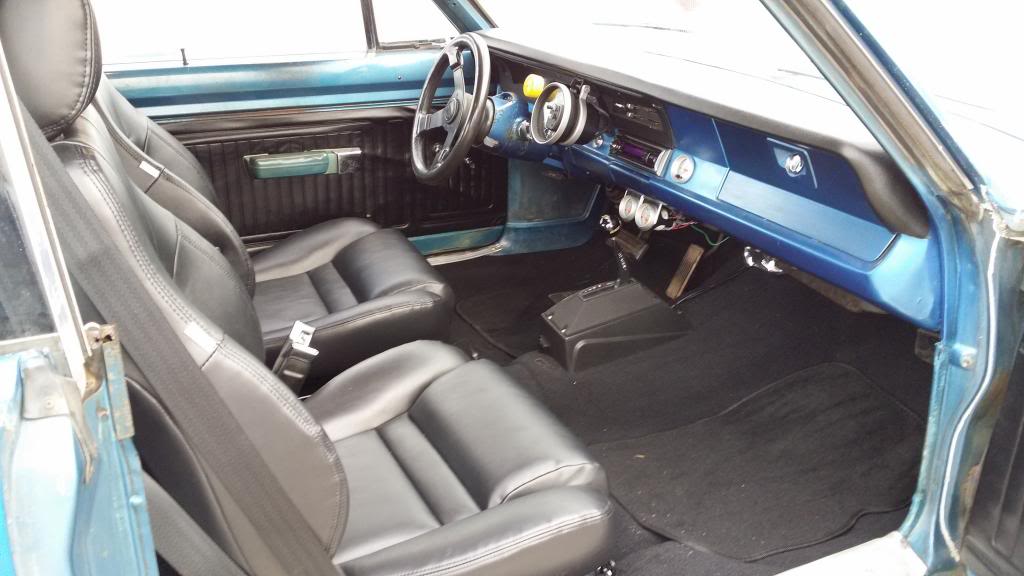 Grill was a bit tired and I wanted to see what turning everything white to black would look like. 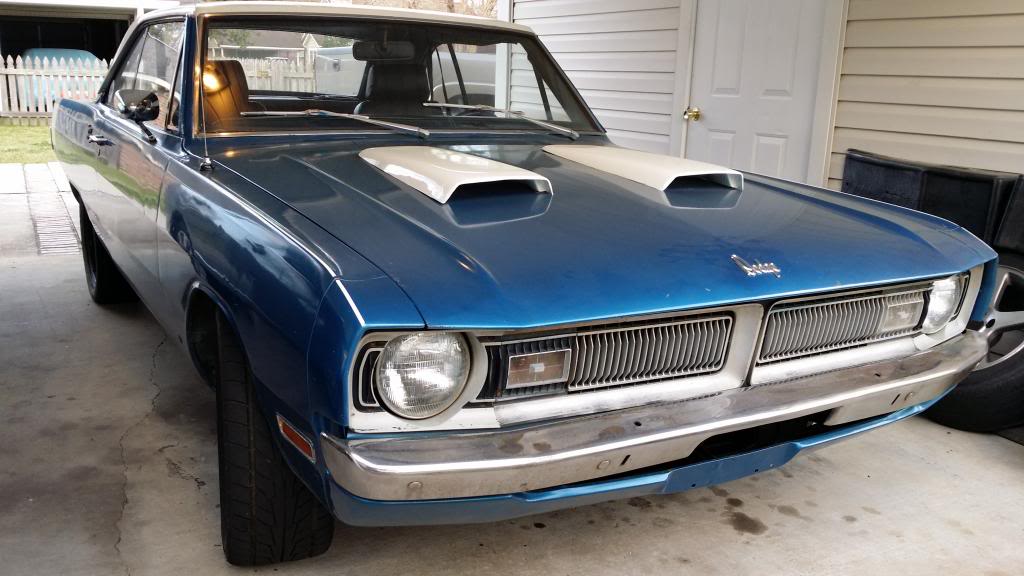 First time using plastidip. I made a few mistakes that I'll go back and fix. I learned that you need to pull the tape while the dip is still wet to get a crisp line. I also didn't get the rood as uniform as I'd like. I'll hit again later but it's good enough for now. Took 5 cans to do the scoops, stripe, and roof. 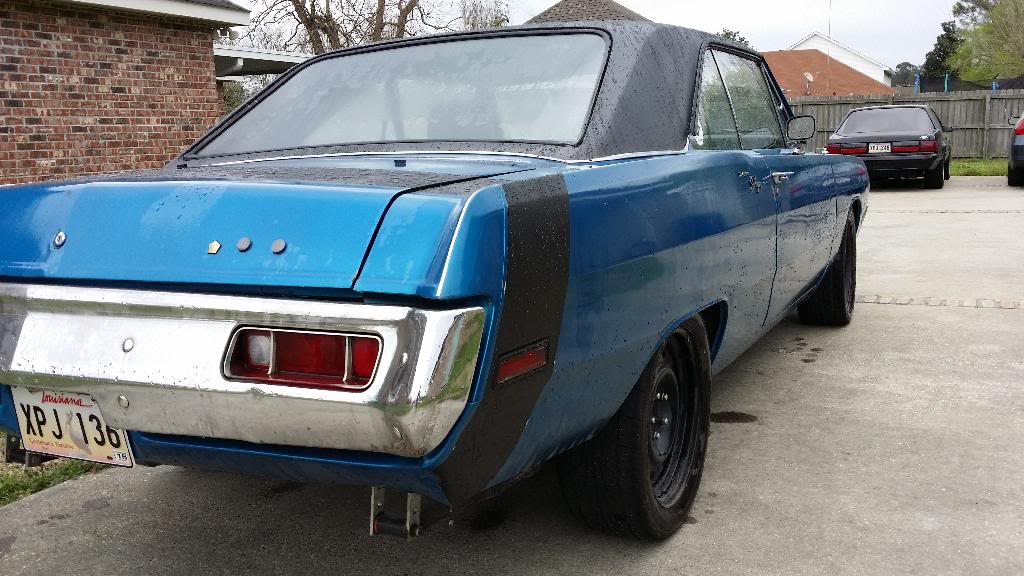 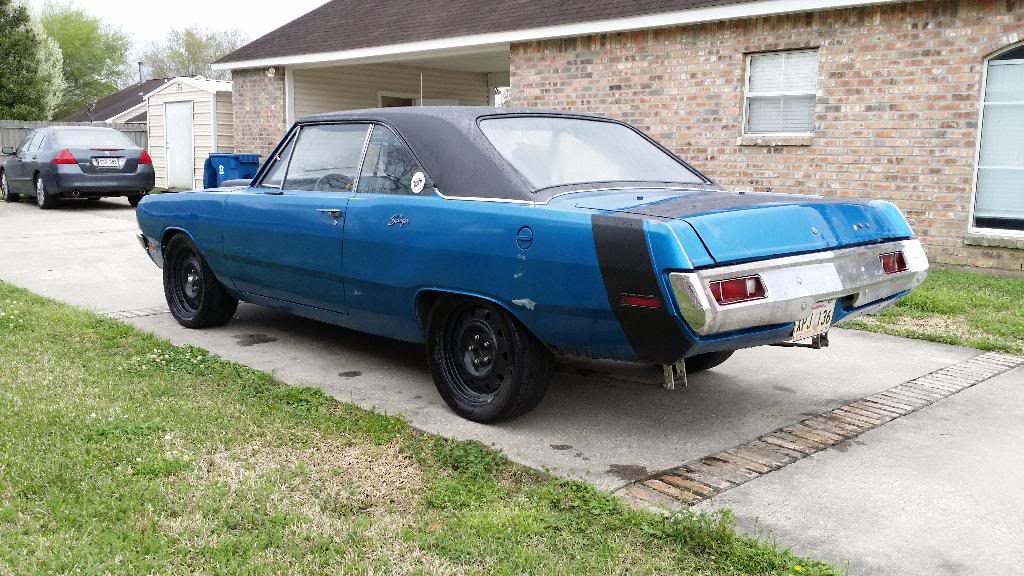 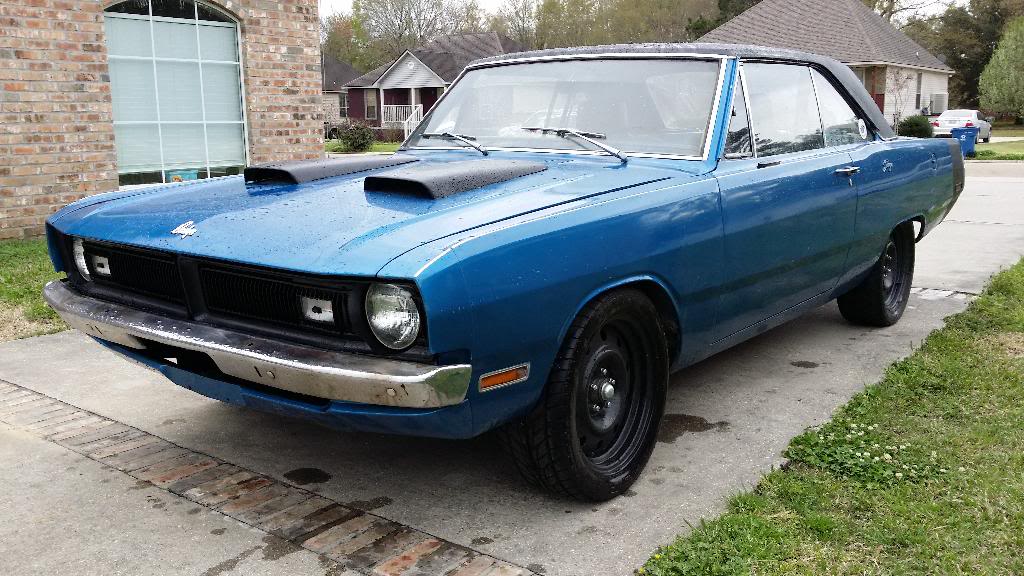 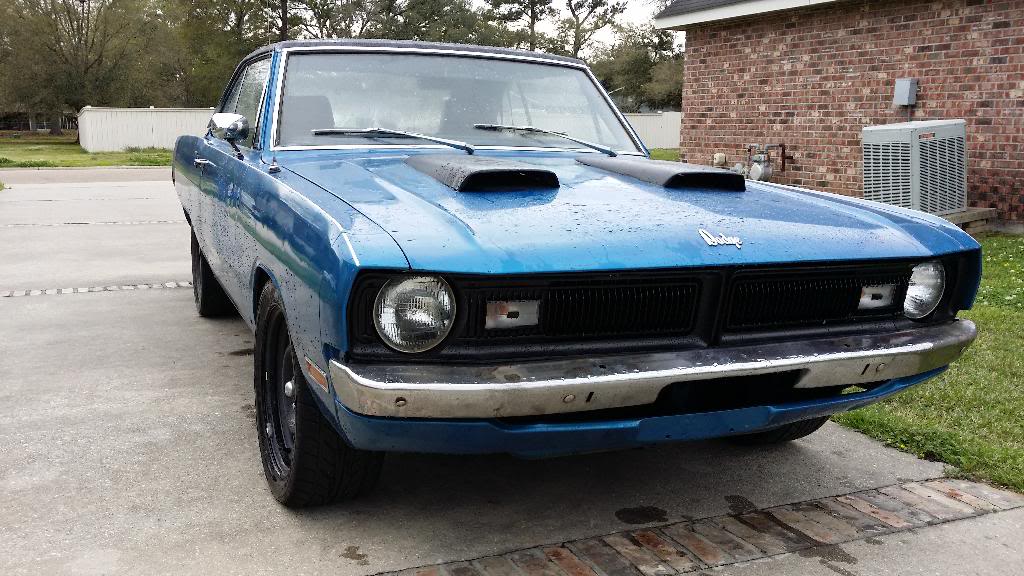 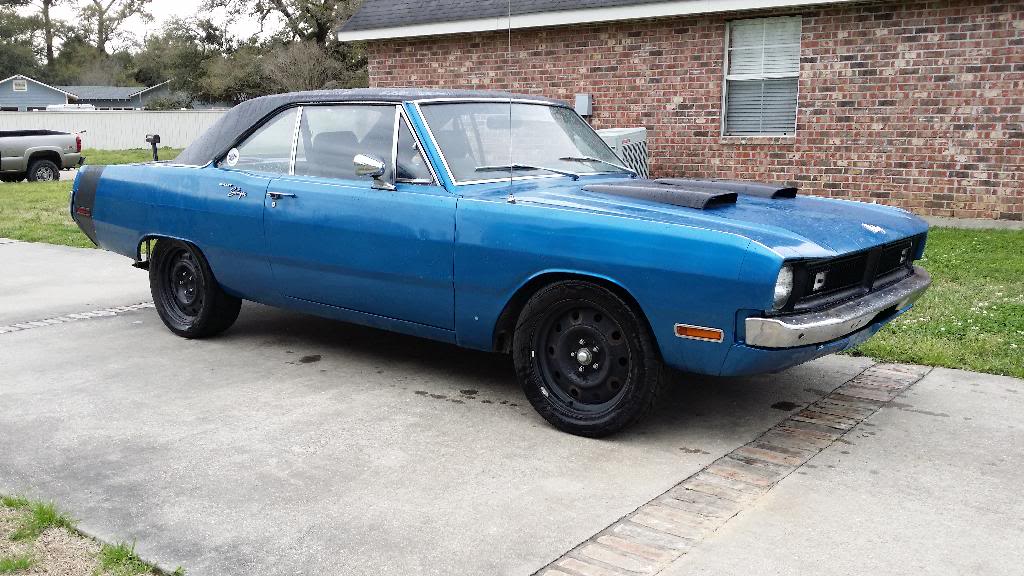 Planning on lowering it a bit and tinting the windows next.

Love it. My buddy had a white swinger/black vinyl top in high school and hit a palm tree. Now has a 67 that's under the knife. Good luck with it!

the black looks much better
X

Needs an A-body 8.75 with 3.91s! That little axle will be ok as long as you keep it off drag radials or slicks. What converter is in it? Engine details!
B

Love it!!! Keep us updated on the project!

Thanks for the compliments. This has become a nice way to unwind after work or on a nice weekend day.

Needs an A-body 8.75 with 3.91s! That little axle will be ok as long as you keep it off drag radials or slicks. What converter is in it? Engine details!
Click to expand...

Very cool combo. I was really on the fence about going with a BB vs a modern hemi if I swap out the 360. It'll need the 8 3/4 if it makes any more power.

I've got a 125 plate kit and a full bottle when I get some time to install it. I don't think the rear end or the motor will handle much more than that.

Looks good, love old mopars. My dad had an AAR cuda so I can appreciate.

Very nice Dart. Should look really nice when you finish. But.......I would have kept the Duster. That was such a good looking car. I used to own a '70 Duster 340.

Should have kept the white. Just my opinion though.

wow i really like what you did with that duster! Im looking forward to this next project

cool car! well done so far. you did wonders for the Duster