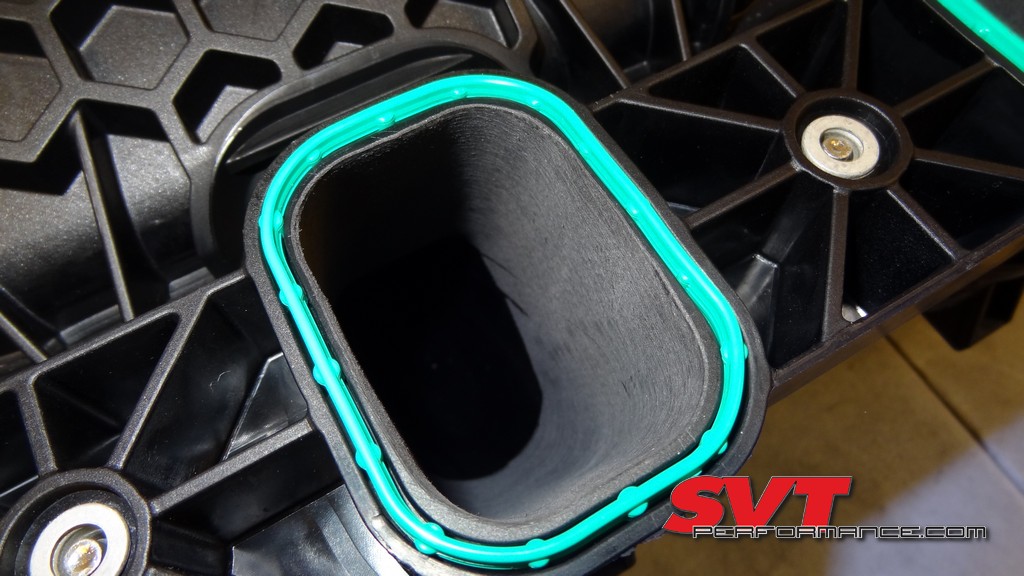 Porting intake manifolds has been part of a hot-rodder’s arsenal of tricks for over a century. Your grand-dad was probably sanding down the runner on a Flat-Head-Ford in 1950. The thing is, those proven methods can still show gains on modern engines. Depending on the platform, modders have found different levels of success from bolting on a ported intake manifold. The 2018+ Gen 3 Coyote engine appears to be particularly happy with a little port work. Since the 7.3L motor has been quite popular, it only makes sense to see how it would respond.


​
The guys over at 5 Star Tuning have been toying around with different combinations on their bevy of Godzilla powered test trucks. So when Josh had a chance to test out a freshly ported intake manifold on his 7.3L equipped F-250 he jumped at the opportunity. This particular intake had the ports cleaned up, flashing and parting lines cleaned up in the runners, and the inlet worked to accept a larger throttle body. It’s a basic formula that has often found success when applied to other factory Ford plastic intake manifolds. 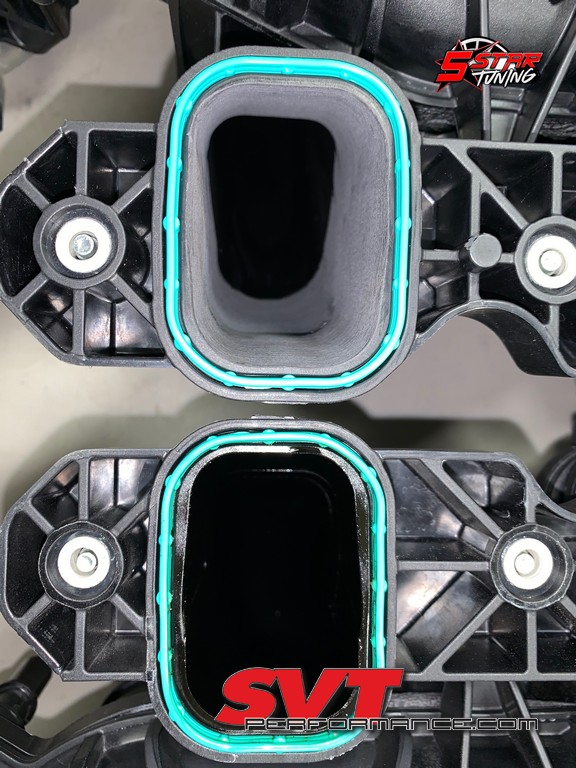 We had an extra stock manifold on hand to make a visual comparison against. ​
The swap itself is extremely straight forward. The 7.3L houses its fuel injectors in the cylinder head, so you don’t have to worry about swapping injectors and rails from one intake manifold to the other. This is an install that’s only marginally more difficult than bolting on a cold air intake. 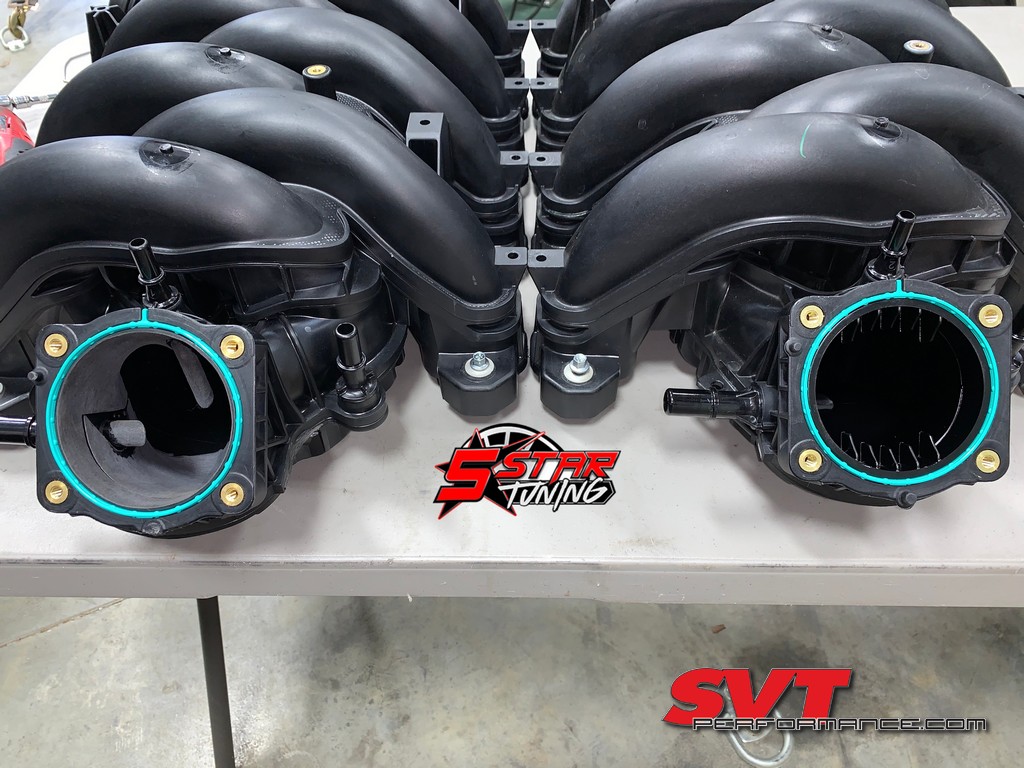 As you can see, a lot of work was done just behind the throttle body.​
So how about the performance gains? Well it wouldn’t be a 5 Star story without a couple dyno pulls. With Josh’s blue 2020 F-250 strapped down in a very familiar location, it was time to spin the drum. The results were basically exactly as expected from a previous test, not earth shattering. The ported intake picked up a few horsepower a little torque on the top end. We expected these results because the 7.3L had not responded that greatly when we ran before and after test with and without the factory air filter. It appears that Ford has done a solid job designing and optimizing the factory intake track for its intended application. However, if we were to substantially increase the amount of air flowing through the intake (perhaps with a Procharger???) the results from porting may be a different story. More on that in the future. 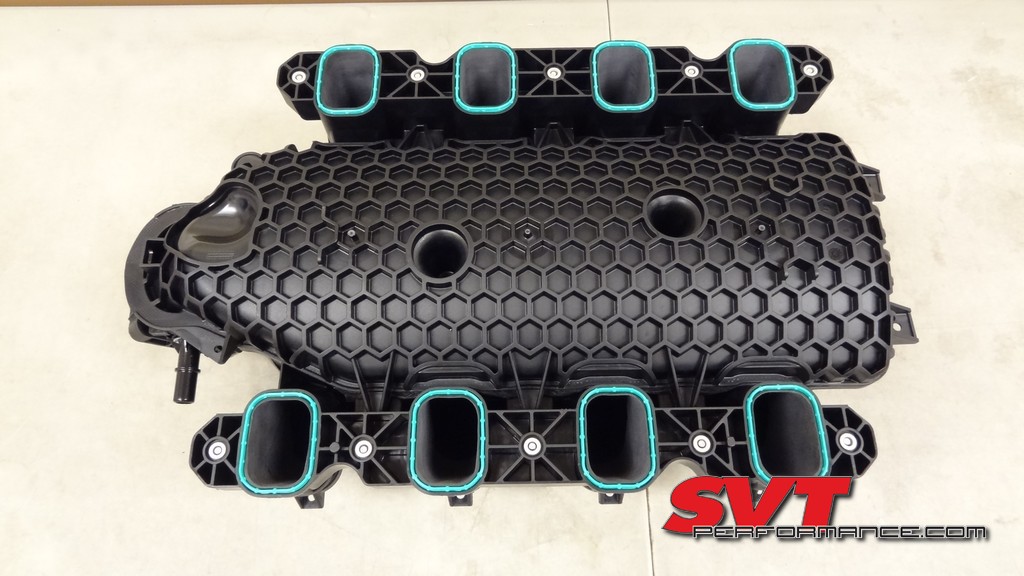 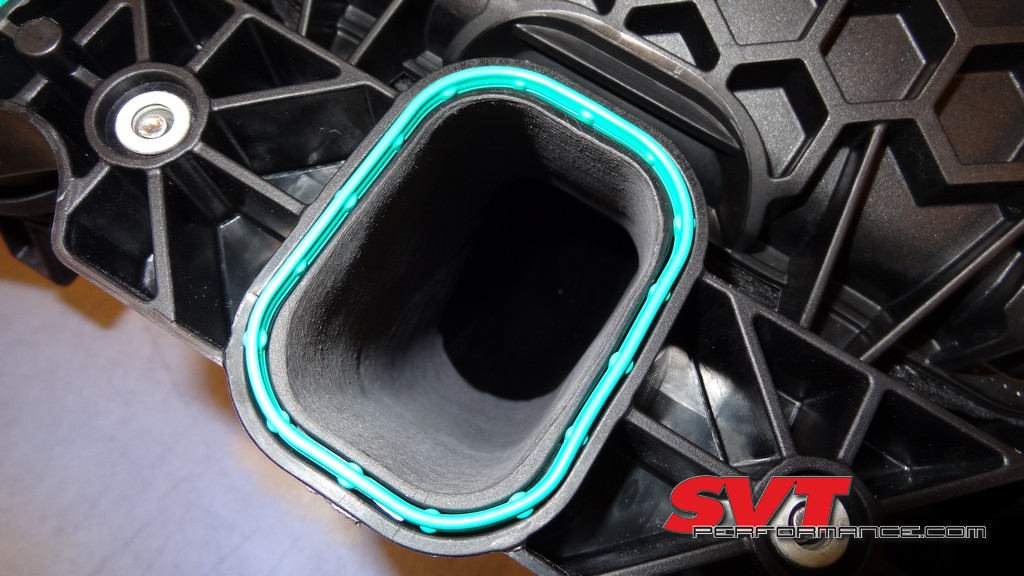 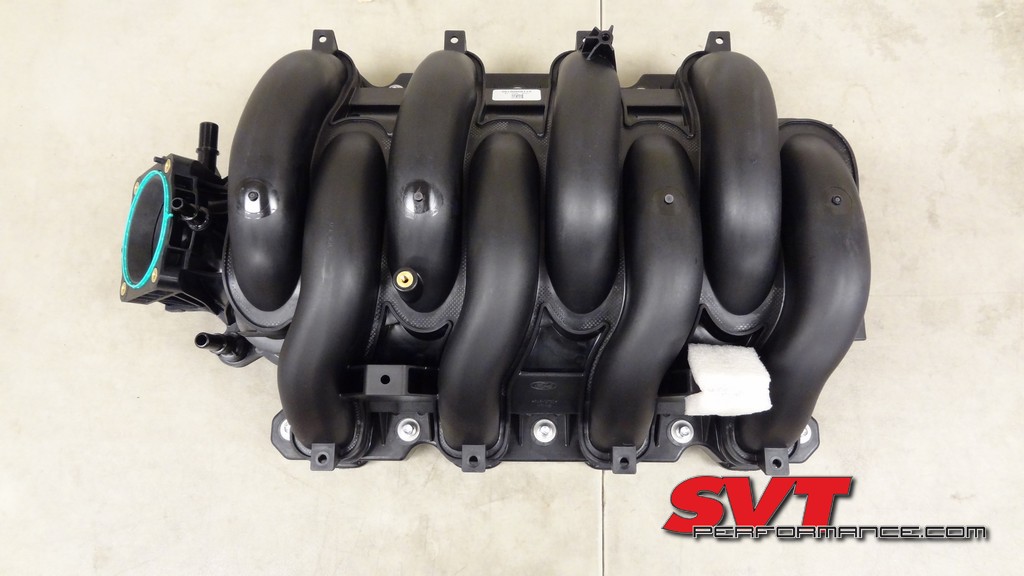 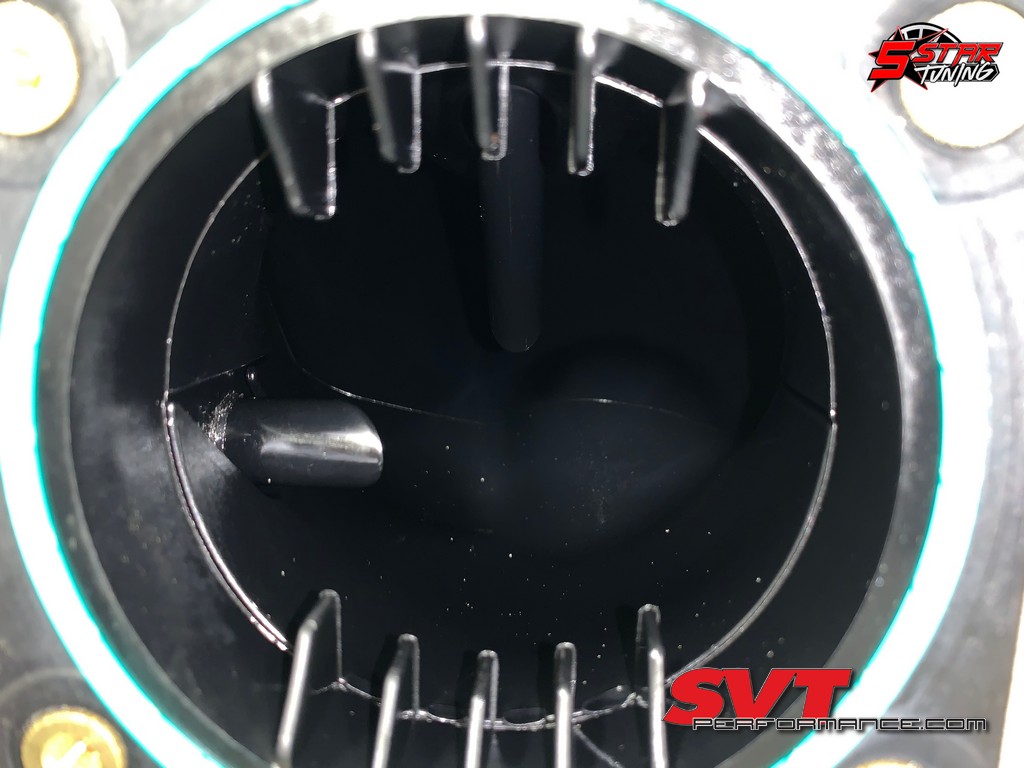 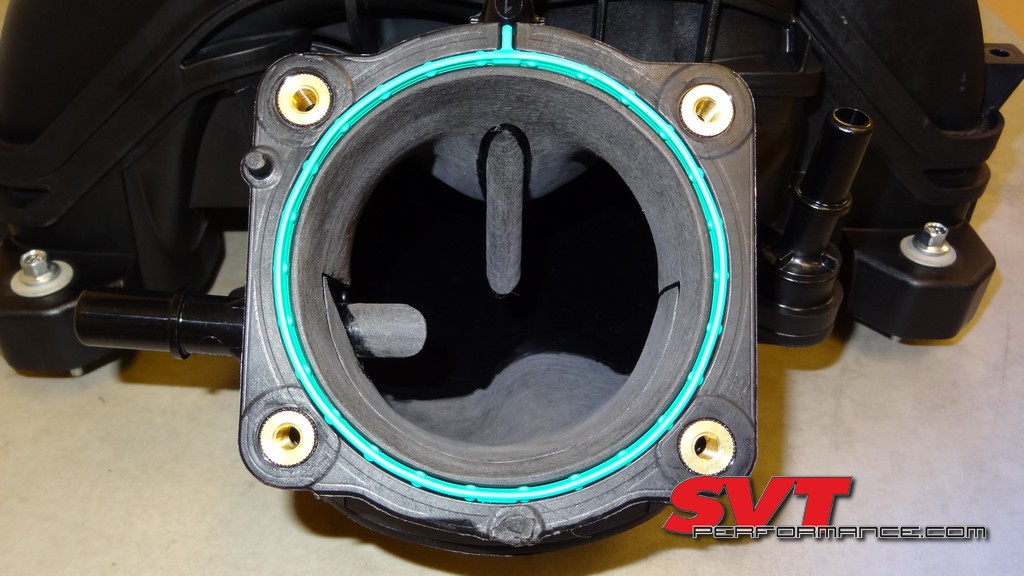 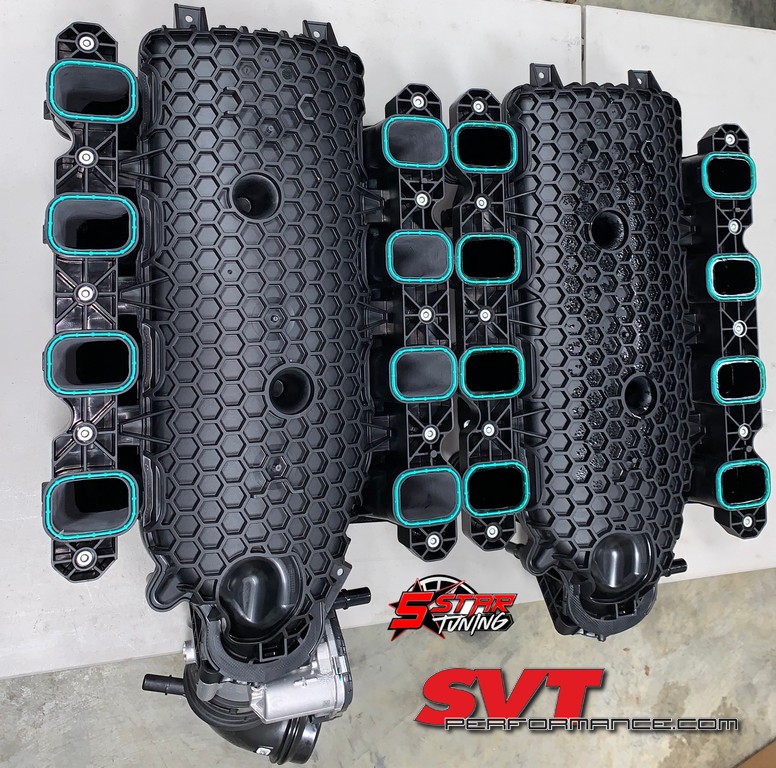 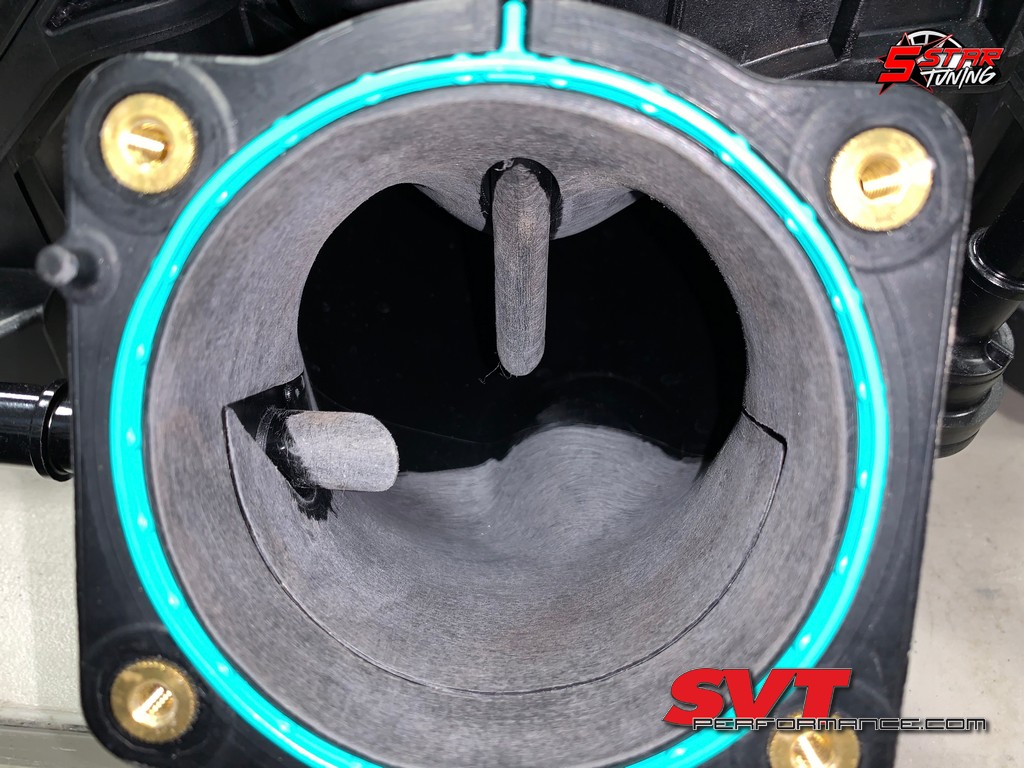 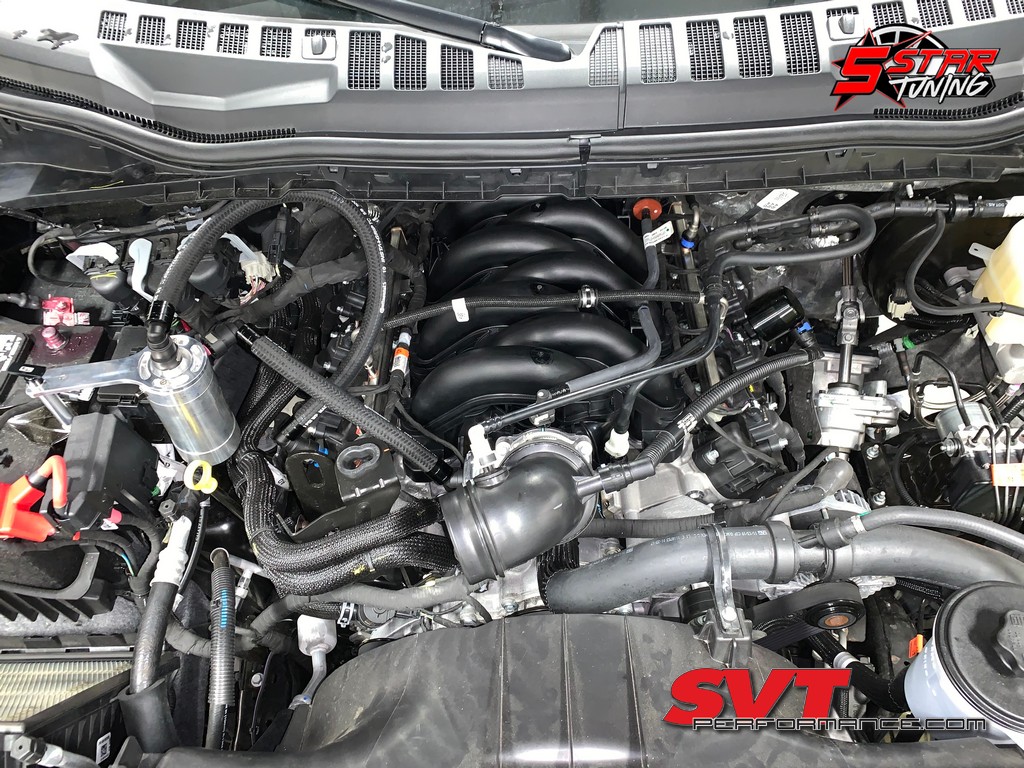 Sweet!
Glad it’s not earth shattering. Saves me having to explain to my wife why I would want to take apart the intake manifold on a brand new truck

HuntFishCobra said:
Glad it’s not earth shattering. Saves me having to explain to my wife why I would want to take apart the intake manifold on a brand new truck
Click to expand...

LOL
More good Godzilla news. Thanks Travis!
Sweet. More power through most of the curve
I dream big but since this is our tow vehicle I likely won’t take it nearly to the extent of my Cobra as far as engine mods etc.
Now throw a cam in it
-J

biminiLX said:
Now throw a cam in it
-J
Click to expand...

How about a decent sized blower?


Sent from my iPhone using the svtperformance.com mobile app

SID297 said:
How about a decent sized blower?


Sent from my iPhone using the svtperformance.com mobile app
Click to expand...