Is it Time for Ford to Build a New F-650 Super CrewZer? 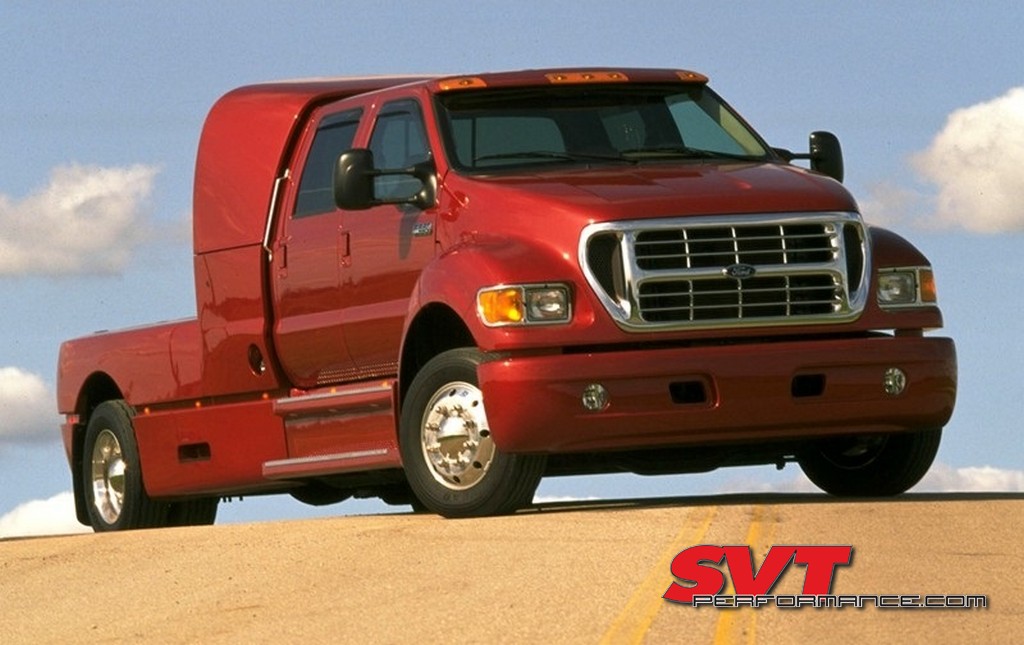 The American love affair with ever larger and more powerful trucks seems to be unending. While Sub-$3.00/Gallon gasoline hasn't led to Ford releasing a new Excursion (likely due to fear from the PR fallout), but there's another Mega-Sized Ford from the past that could easily see a reemergence. That would be the Ford F-650 Super Crewzer from circa-2002.


For those of you who may not remember, the turn of the century was a time of 250HP diesels and 4-Speed auto transmissions. If you wanted to tow something that tipped the scales beyond the capabilities of a 1-Ton Dually your options were fairly limited. Ford saw that gap in the market and seized the opportunity by building a 7-Ton monster.


Based on the commercial F-650 Medium-Duty platform, the Super Crewzer offered some of the best towing credentials of the time. It came outfitted with a 300HP 7.2L Caterpillar 3126B I-6 diesel that cranked out 860lbft of torque. It was backed up with a commercial grade 6-Speed Allison MD-3066 automatic transmission. Power was then sent to a massive Meritor axle and 4.33 gears, with a set of 19.5 inch Alcoa aluminum wheels bolted on for good measure. It carried 130 gallons of diesel fuel in two separate tanks and had a ridiculous GCWR of a 43,000 pounds. 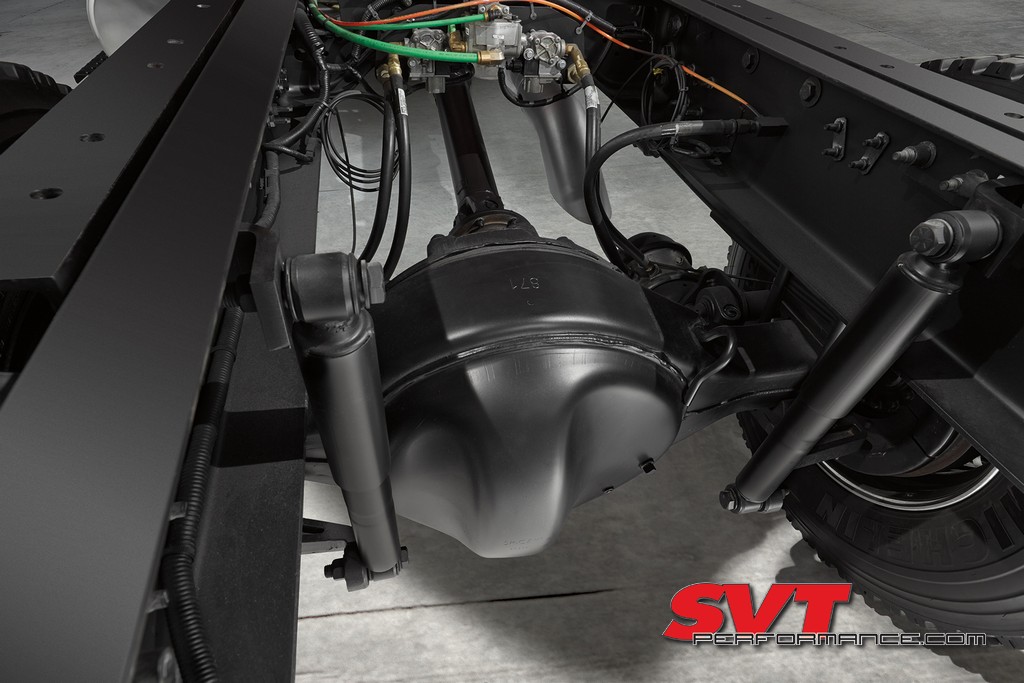 Take a look at that drive axle. Ford is obviously serious about the amount of work its medium duty trucks are expected to perform.​
All that weight rating could be put to good use by hooking up to one of the Super Crewzer's three factory installed hitches. You have your choice of a 20,000 pound rated tag hitch, a 22,000 pound rated Reese 5th-Wheel setup, or the mack-daddy 30,000 pound rated Draw-Tite removable ball gooseneck hitch. Those setups made the truck quite popular with ranchers and travelers with large campers. If you had something large tow in the early-2000s you probably drooled over the idea of climbing behind the wheel of this beast a time or two.


The Super Crewzer wasn't solely focused on work, it also carried its passengers in a level of luxury beyond the norm for the time. The heater leather seats featured air suspension for a smoother ride. An in-dash 6-disc CD changer was equipped to keep your favorite tunes bumping for hours. The rear bench seat could fold down to make a bed, and a rear entertainment system with a built in Nintendo 64 was optional. Everyone needs a little Golden Eye 64 in their lives. 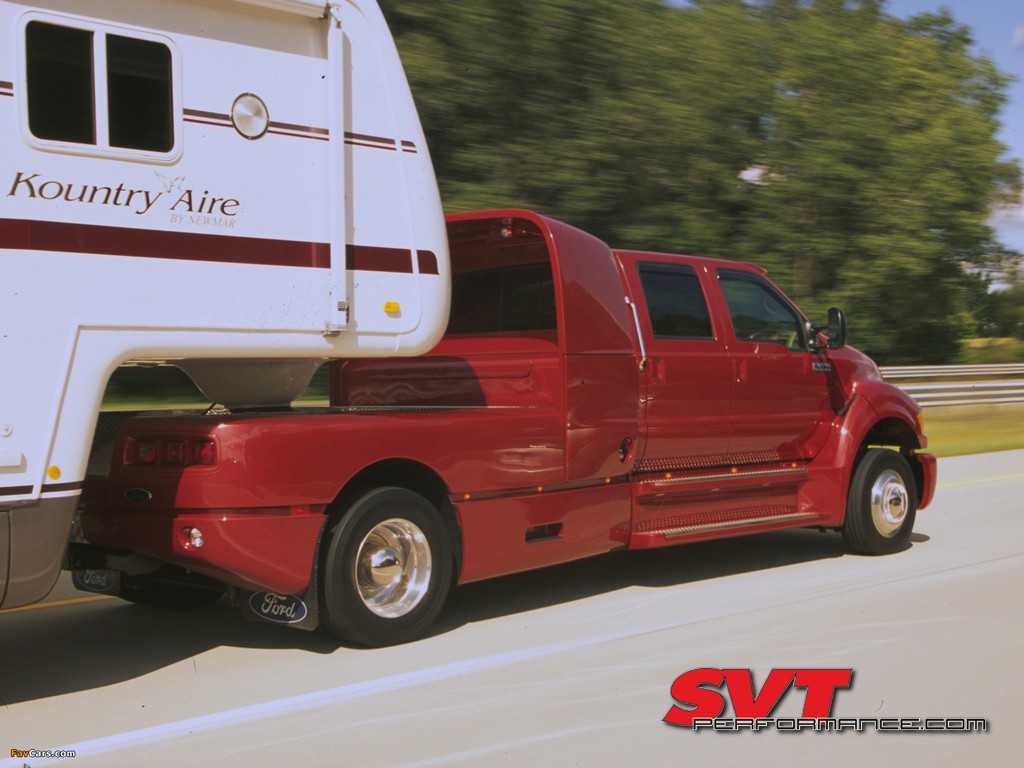 Times have progressed quite a bit since the Super Crewzer was produced, but it still looks like a substantial tow rig today.​
The size of this truck made it hard to miss, but the styling changes made to the Super Crewzer certainly set it apart from the standard medium-duty Fords. Ford sent out the unfinished Cab/Chassis trucks to longtime collaborative Upfitter Fontaine Modification Company, which is just across the street from the Kentucky Truck Plant (not where the F-650 is built interestingly enough). Fontaine built and installed the Super Crewzers distinct fiberglass roof-mounted airfoil and custom truck bed. The result was a towing machine that ended up looking far more sleek than it should have. Color choices were limited to Oxford White, Toreador Red, and Black. 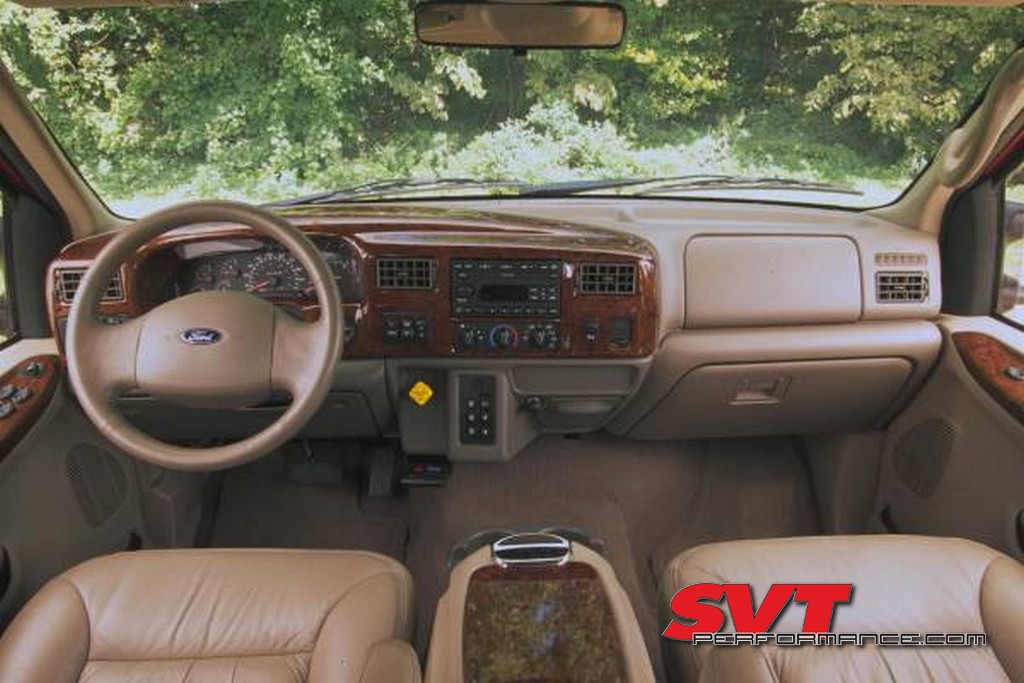 It's an antique by today's standards, but in 2002 this was the best interior you would find in a medium duty truck.​
So now that we've gotten our little history lesson out of the way, the question remains. Is there room in Ford's current truck line-up for a modern Super Crewzer? Ford recently did a major overhaul on its F-650 and F-750 trucks. It also moved their production from Mexico to the USA. Trucks are selling fantastically, especially those with massive towing ratings. With the addition of the 7.3L Godzilla V8 and the 6.7L Powerstroke to the medium duty trucks they are now nearly 100% Ford build from stem to stern. It would appear that all the ingredients are there to build a new Super Crewzer, and with simplier logistics than those that were faced in 2002. While I doubt we'll see Ford market the F-650 to the recreational market any time soon, but it is very possible.


5th Wheel Toy Haulers seem to keep growing larger and heavier each year. However, Ford has continued upgrade its Super Duty lineup of trucks to the point where a 2019 F-450 (the current closest equivalent to the Super Crewzer) has a GCWR of nearly 43,000 pounds. For a new Super Crewzer to make any sense in the Ford range of trucks it's going to have jack that rating up at least another 10,000 pounds. Again, that's a possibility. I doubt it will happen anytime soon, but at the end of the day it would be nice for those who like to tow super heavy had another option. Perhaps a company like Fontaine could just coming up with a stylish upfitter kit (similar to the Super Crewzer body parts) for the aftermarket. Then you could provide your own F-650 to the builder. Just think of all the "Built vs Bought" arguments you could have then. Fun times we live in. 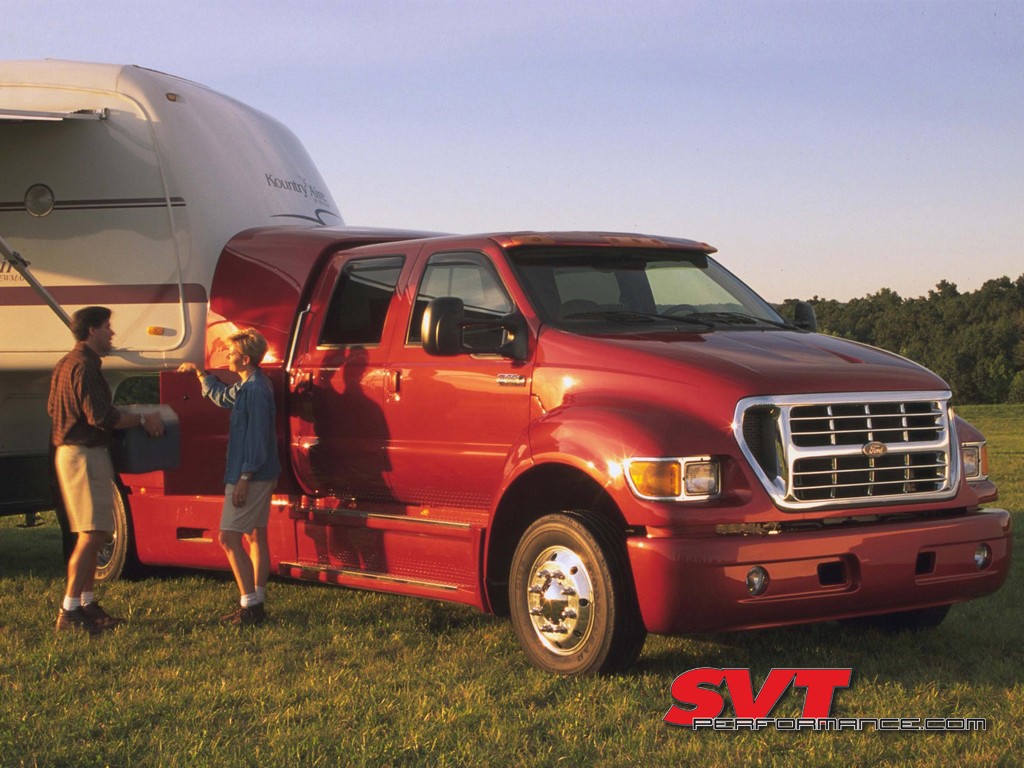 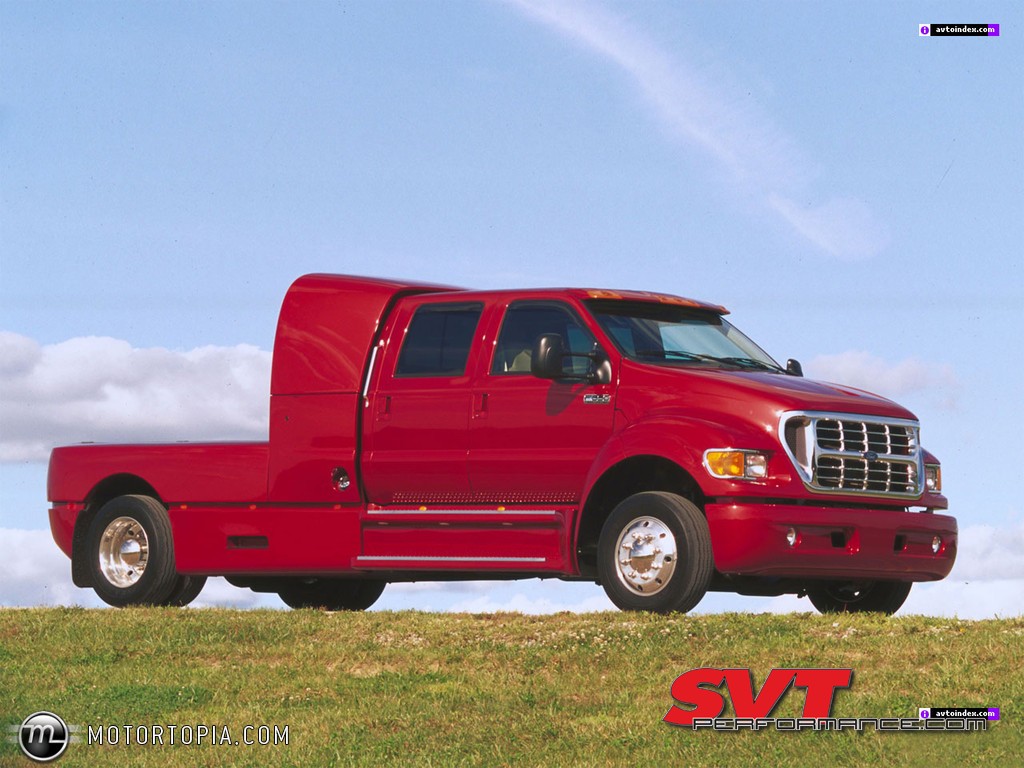 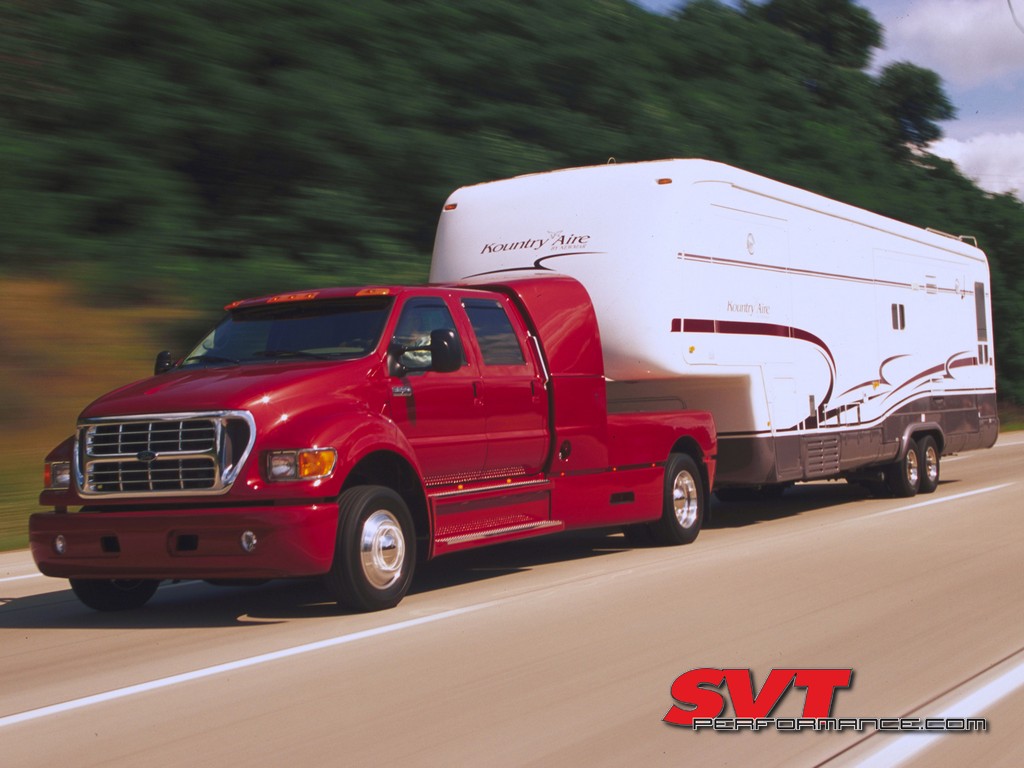 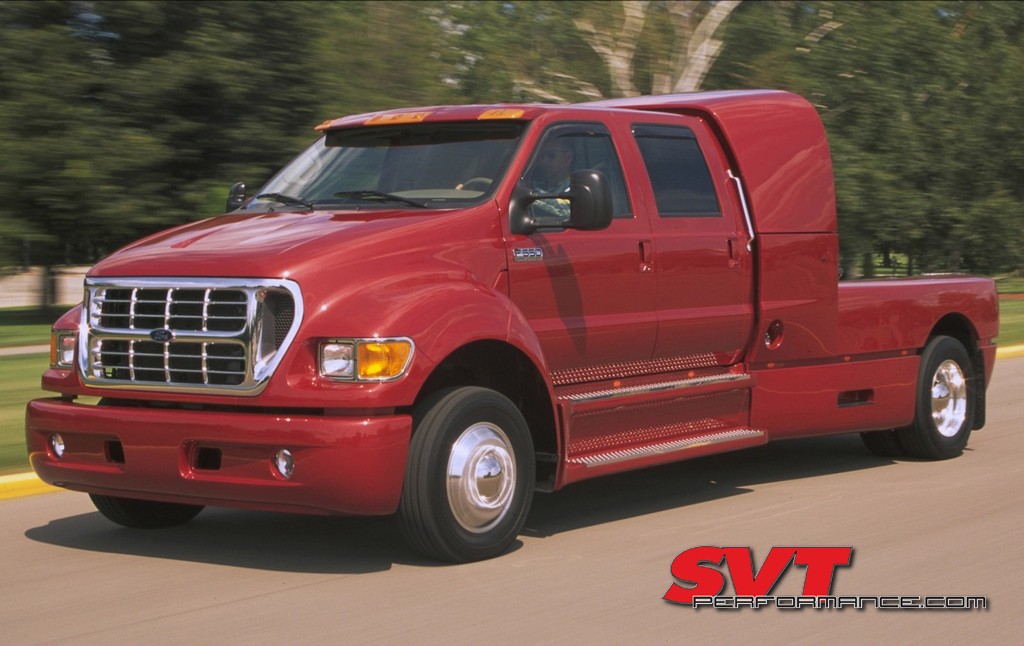 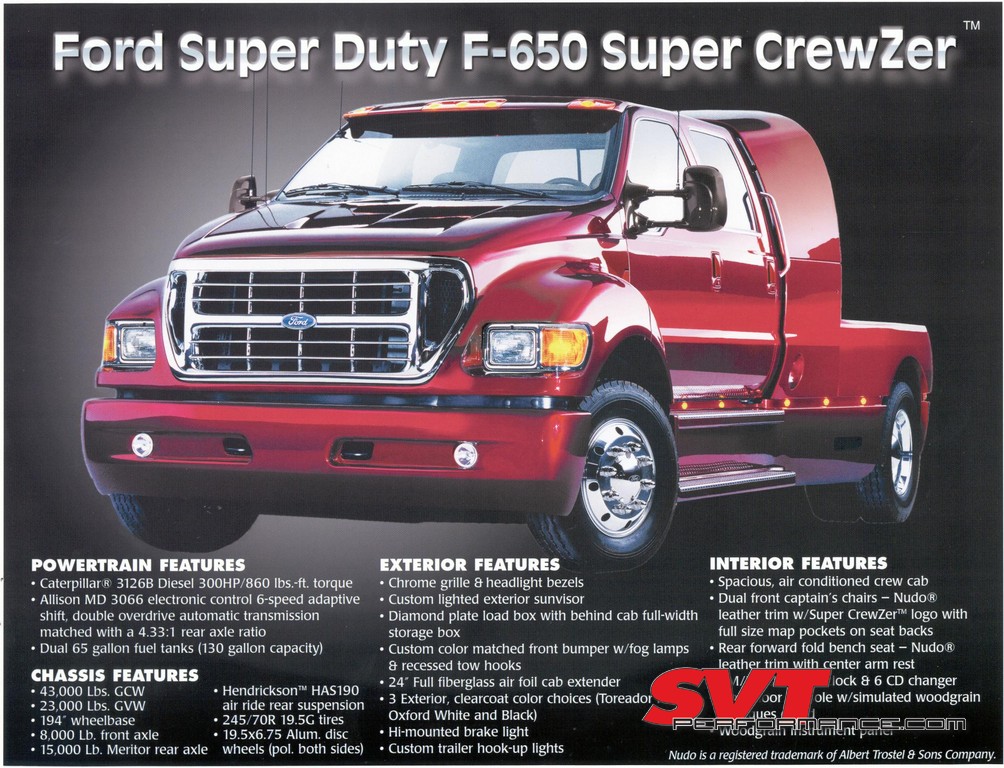 Custom Autos by Tim is currently building an F-650 Excursion.... 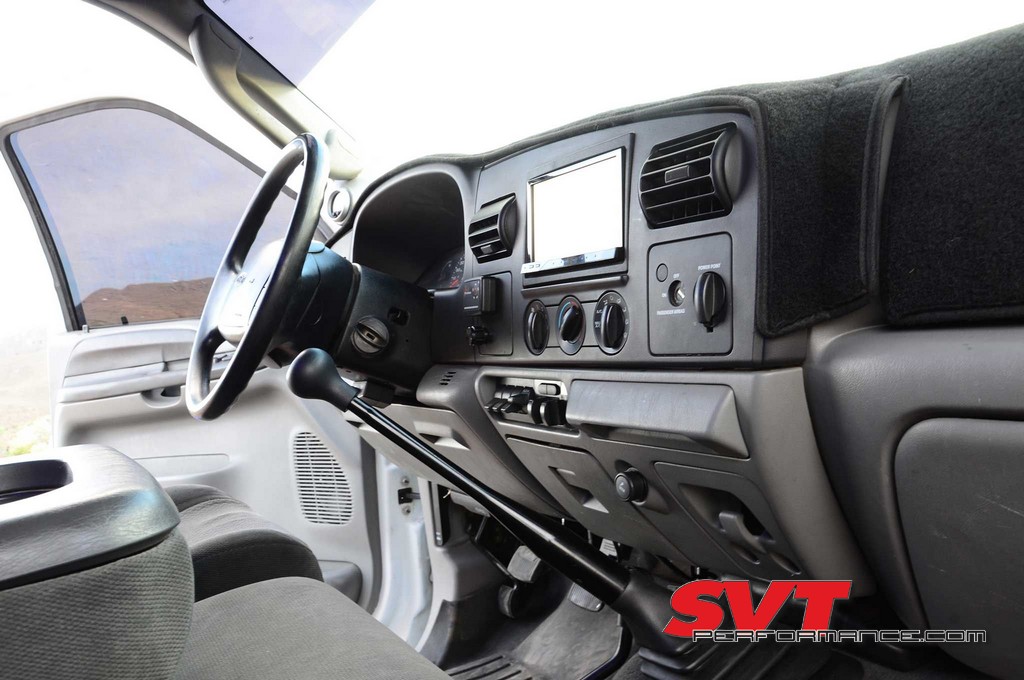 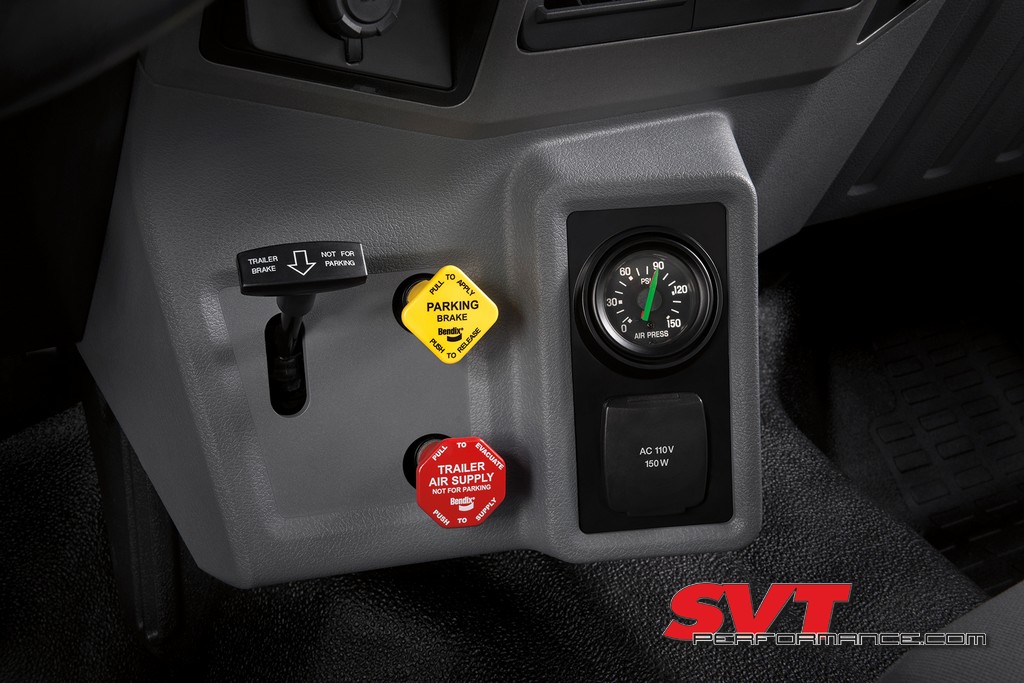 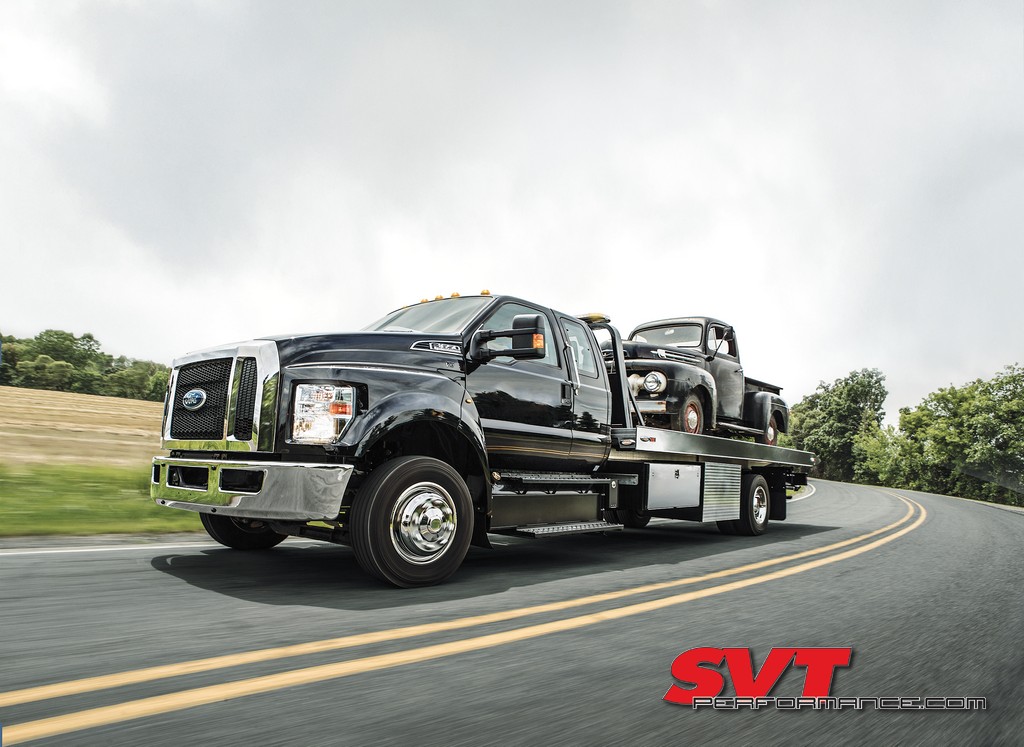 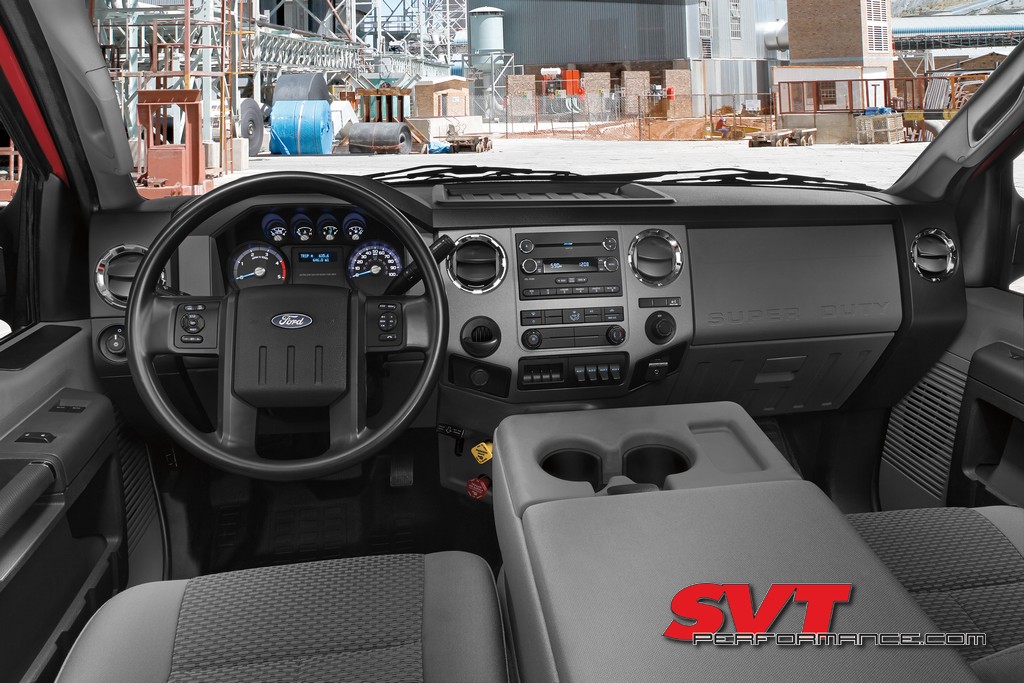 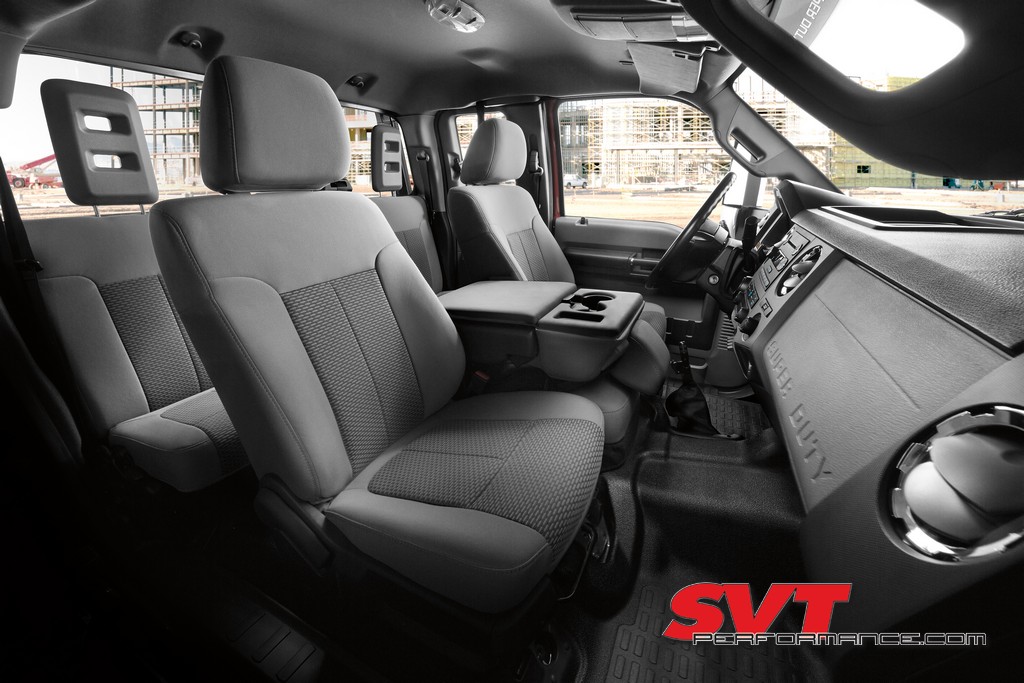 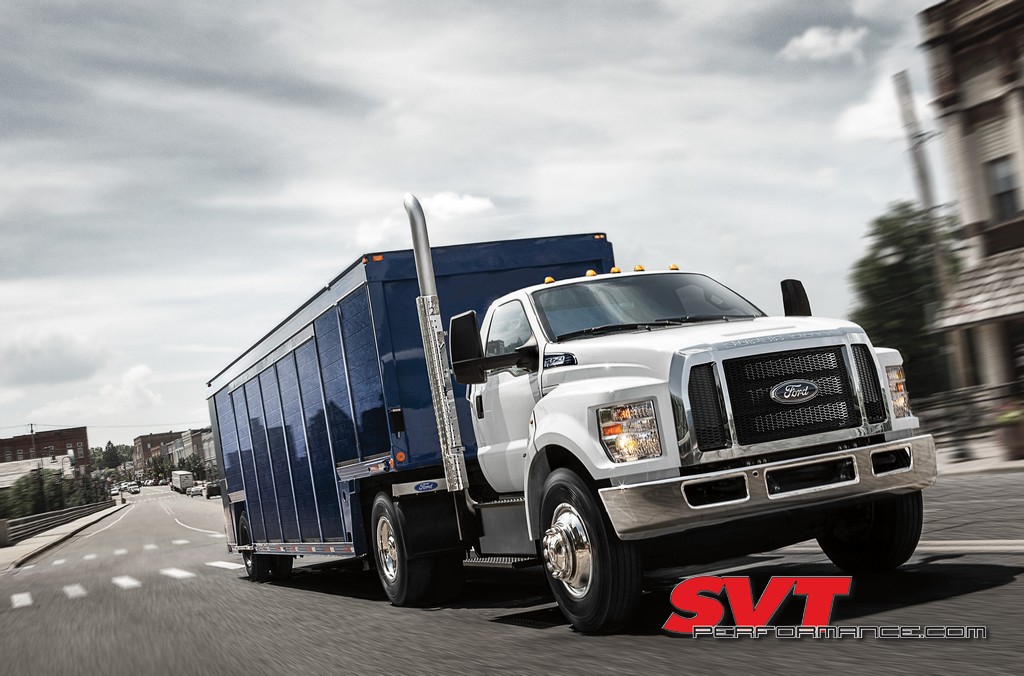 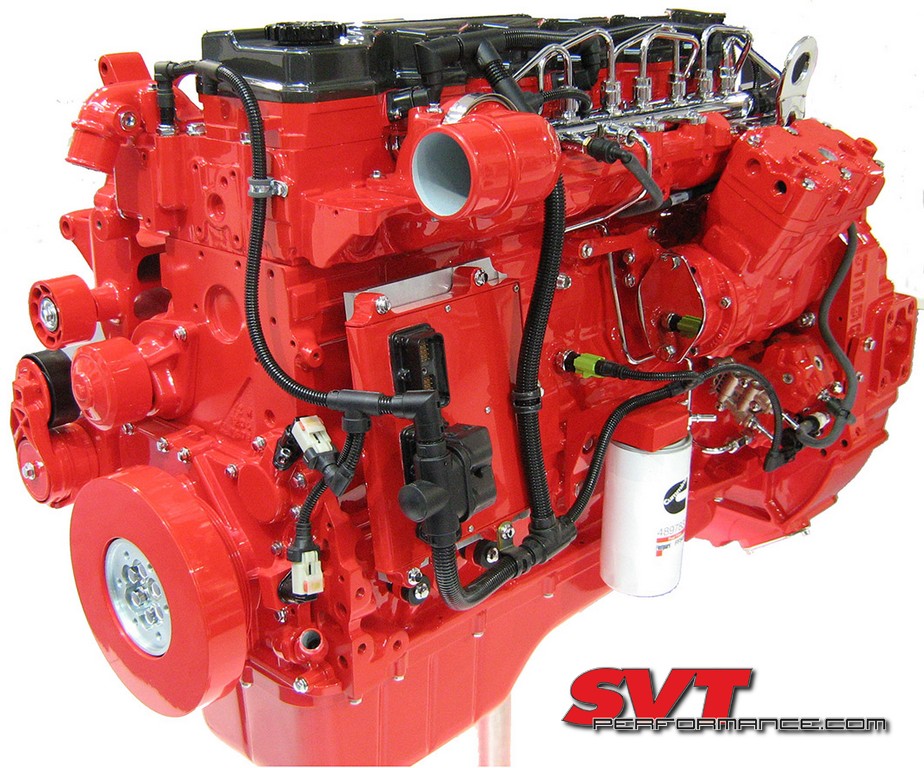 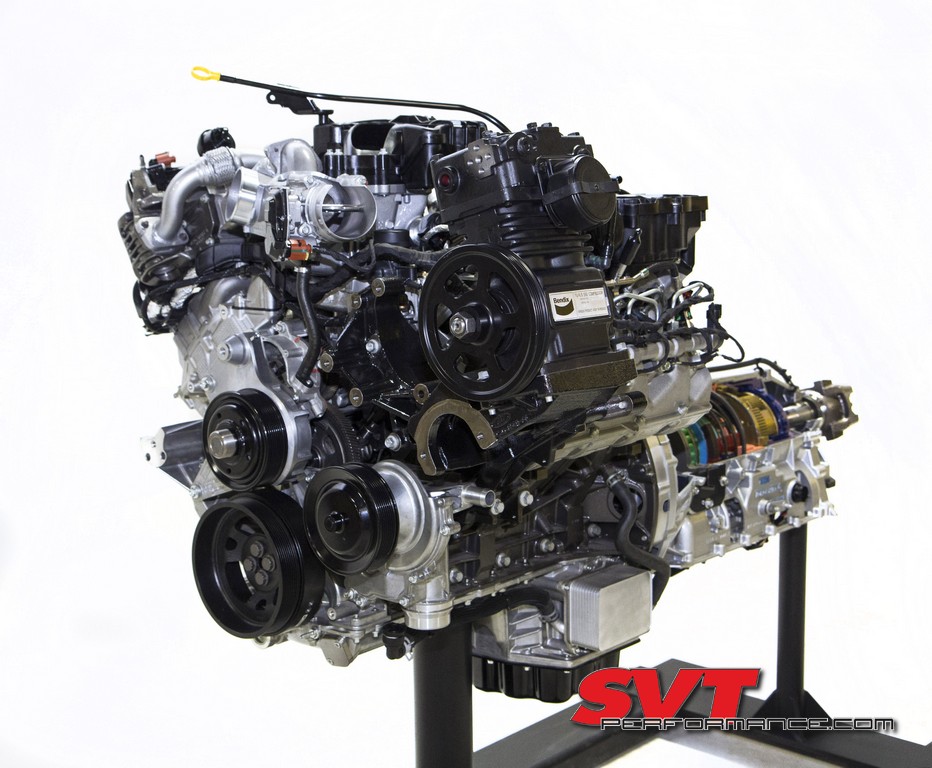 With all the triple axle trailers I saw headed to the Black Hills this summer, they would sell some.
What PR issue would there be with another excursion?
Due to everyone going green? Or the fact they know they goosed by having it dead for so long?

Blk04L said:
What PR issue would there be with another excursion?
Due to everyone going green? Or the fact they know they goosed by having it dead for so long?
Click to expand...

Green image. It was a sore spot for Bill Ford.

SID297 said:
Green image. It was a sore spot for Bill Ford.
Click to expand...

Sham Wow...that same thinking is why they don't advertise Mustang.

when are you taking delivery?

DSG2003Mach1 said:
when are you taking delivery?
Click to expand...

If they quit trying to rip my head off, probably mid-spring.

13COBRA said:
If they quit trying to rip my head off, probably mid-spring.
Click to expand...

Sell your Excursion yet?

SID297 said:
Sell your Excursion yet?
Click to expand...

I have it sold to a guy, pending me buying the F650. But I don't want to sell it if I can't get into the F650 for what I want.
A New big daddy would be sweet to see be built again. Not that i would be buying one.
Do it off the new F600 chassis and you might have an instant hit.

As for Bill Ford and his blight against the Excursion, thats ridiculous of him. Excursion is a crew cab pickup with a metal roof all the way back with seating for an extra 3 people. In reality its 2. Its literally a truck body/SUV version of the Econoline Van. They axed the Excursion yet I could still get a 15 foot E350 4x4 with Powerstroke power.... besides looking goofy, how they hell are they any different?

Ford messed up by even giving the insane tree huggers a listen. Produce a crew cab F450 available to anyone without batting an eye, but have grave misgivings about the Excursion is about as hypocritical as could be. Literally the dumbest shit Ive heard about why they view the Excursion as an albatross.

Its a shame that Alan Mullaley was the lone bright spot in the last 20 years for Ford executives.
Is there really a market? I dont think there is. With the 2020 F-450 able to tow 35k lbs, where is the white space before going to a full tractor trailer? Especially as TECHNICALLY you are supposed to have a CDL for any truck and trailer combo over 26k lbs GVW.

Would be a very capable tow rig however.

specracer said:
Is there really a market? I dont think there is. With the 2020 F-450 able to tow 35k lbs, where is the white space before going to a full tractor trailer? Especially as TECHNICALLY you are supposed to have a CDL for any truck and trailer combo over 26k lbs GVW.

Would be a very capable tow rig however.
Click to expand...