Woman Spits On Cop. Cop Punches Her In The Face.....

This is a Sergeant from Hartford PD and he was arrested for this incident and was just wondering what everyones opinion is on this incident was. Does he have any leg to stand on or is this just a complete over-reaction and excessive use of force?

He is a friend of mine but I have told him that it just looks really bad! Im not defending his actions just posting the video.

I have no dog in this fight it doesnt affect me at all. Im just curious to know what ppl's real thoughts were. He is taking this to trial and his Attorney fees will be $100k+ he's told.

What the video doesnt show is him dragging her down the hallway into a cell block after he strikes her which only exacerbates the situation from the point of a jury.

1st off why was she not in handcuffs the whole time? I would say every officer involved dropped the ball on this one. She was never restrained and free to do and say as she pleased. While being extremely aggressive. The officer that punch her is in deep shit thoe. He may end up losing his pension.

In this age of SJW and equality, why the **** does it matter that "she" was a female....why are we assuming her/it/their/they/thems gender? Obviously I'm being sarcastic, but why is it that it's all about gender equality until it doesn't benefit the female anymore?
I personally think **** that piece of shit for spitting on your friend and don't really care that he punched "her". Where is the racial outrage at her calling him a cracker?
Didn't hear a word on that either.
She had already lunged at him threateningly, so **** the media and social outrage. Act like a ****ing animal, get treated like one.

Look up thr Greg Hallgrimson case. It just settled recently, but took forever and was similar, except the suspect was in cuffs.

Sent from my Potato

Tough, tough job. I would not be successful.

He's in real trouble, the monkeys are in charge of society. I wonder, if that were a dude, how would this have been played?

That WAS a dude, was it not?

Strange times we are in!

You better bet someone spits in my face I’m gonna start swinging. I couldn’t be a cop, no chance I’d last. The fact these people go to work every day and have to put up with this while getting seriously underpaid is astonishing.

Think about this, as a cop someone tries to murder you in cold blood and you shoot them, you have to immediately switch from defense of an attack to rendering aid to someone who just tried to kill you, and then every move you made is analyzed to make sure you made that split second decision correctly and even then you’re still made out to be the bad guy. **** that.

100% justified. Sgt had the balls to do what OP would not. OP would have probably tried to sit down for milk and cookies after the attack.

Bitch (and I use the term loosely) needed proper handling before someone else got seriously hurt.

On a serious note, it looks bad and can see how the sjw’s will have a field trip with it.

in years past, spitting was considered a serious assault due to HIV and other potential health hazards contained in saliva.

ZYBORG said:
100% justified. Sgt had the balls to do what OP would not. OP would have probably tried to sit down for milk and cookies after the attack.

Bitch (and I use the term loosely) needed proper handling before someone else got seriously hurt.

On a serious note, it looks bad and can see how the sjw’s will have a field trip with it.
Click to expand...

Murder Snake said:
in years past, spitting was considered a serious assault due to HIV and other potential health hazards contained in saliva.
Click to expand...

Murder Snake said:
in years past, spitting was considered a serious assault due to HIV and other potential health hazards contained in saliva.
Click to expand...

These cops should all be given strong reprimands for failing to require the spitter to wear a mask.

Because safety! (and science)

Looks like he gave Felacia what was coming to her. I would have knocked that bitch out too. We are in the age of equity and equality right!

Wow, surprising comments......... Pleasantly surprising to say the least. This is my boy for the last (35) years and I appreciate the honesty.

I also think it should be noted that he was a Baltimore City Cop for (8) years and worked in Narcotics (Just like the Wire lol) and was shot twice during a search warrant execution and got pretty ****ed up as a result.

One shot struck his lower leg and busted it and the other hit his lower stomach but he was wearing a vest but the impact still did some damage to his intestines.

He recieved a disability pension and took (5) years off and then fully recovered. He is from CT so he then applied to HPD after his recovery. He had to go thru the whole Police Academy again!

I think his biggest hurdle will be that he chased after her and navigating around another cop to get to her. The self defense claim is just hard to make at that point imo but I hope im wrong.

Did she deserve it more? Of course but CT is a very liberal state and the state just approved the Police Accountability Bill which was is ****ing disgusting to say the least. Read some of them. Its designed so mopes can get away with more crimes! Literally! There are tons of shit in that bill including making it illegal to pursue a Stolen car smfh. Which is a Felony BTW! 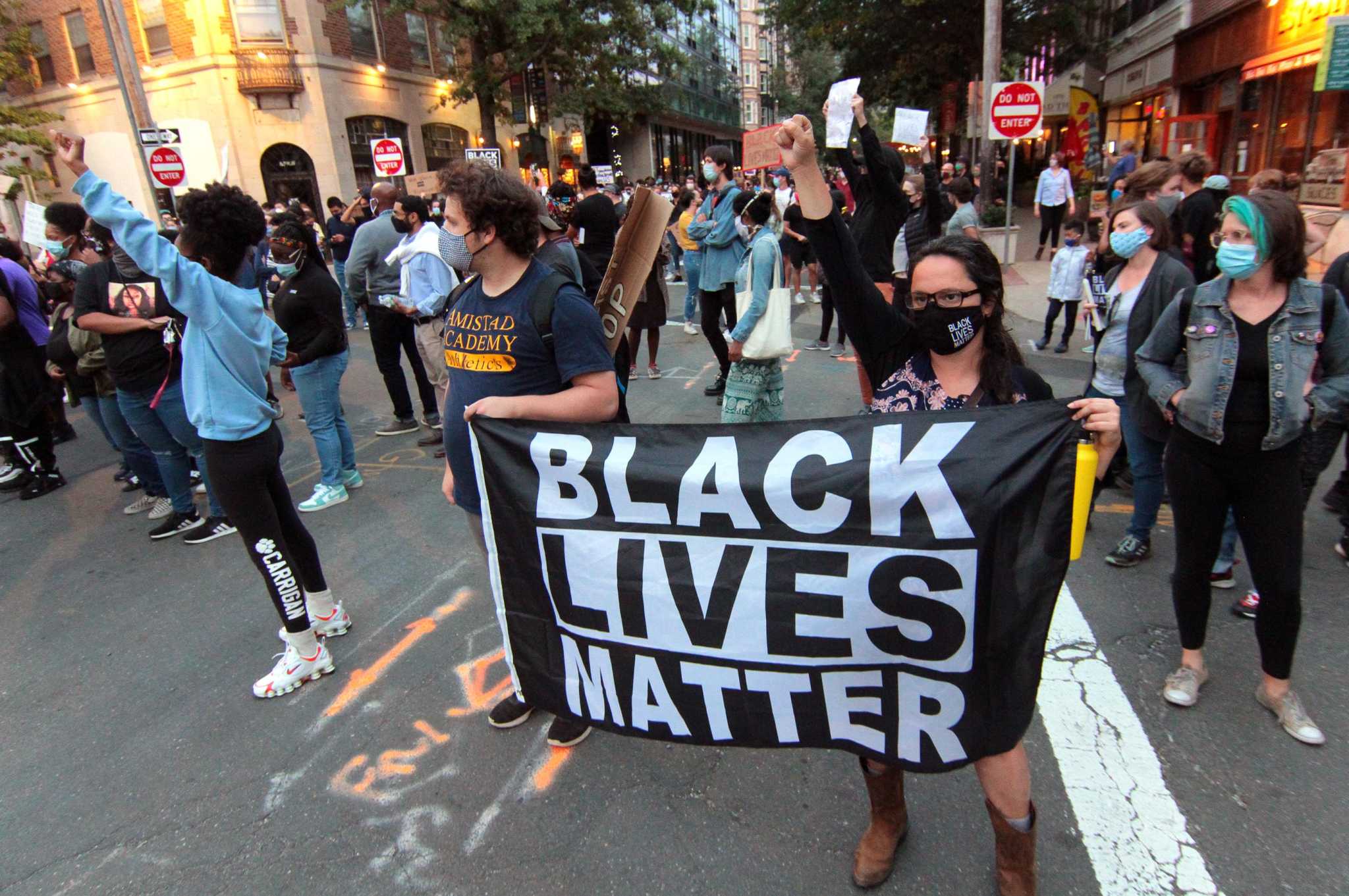 Portions of the new law take effect Thursday, including a measure that bans police from...

His claim is he went after to her to stop her from spitting again so I think if his attorney can make a good enough argument he may beat the charge. He has experts coming in at $15k a pop!

But he still has to face internal charges at some point where he could be demoted or fired. When ur arrested before an internal investigation has been conducted u cant be compeled to make an internal statement until the case has been resolved which is why Police departments do the internal investigtions first usually but not always.

A spit to the face always has been and always will be a reason to go.